I just bought but am now deciding to sell a trailer that I just got. I was going to trailer my tires/wheels up to ACT 2011 but I've now decided to just get new tires and drive them up. So I don't need this trailer. I was told that it is an M100 and it was used to haul generators around. The people I got it from had just sandblasted it and primered it. There is no rust and it is in great condition. The shocks look good.

The trailer also tilts. I'll get a picture of that and post it up.

Selling the pintle hitch that you need to tow the trailer for $100.

It hooks up very tightly between the hitch and trailer. No vibration. I've only driven it about 40 miles with about 25 miles on the highway. It rides really nice. 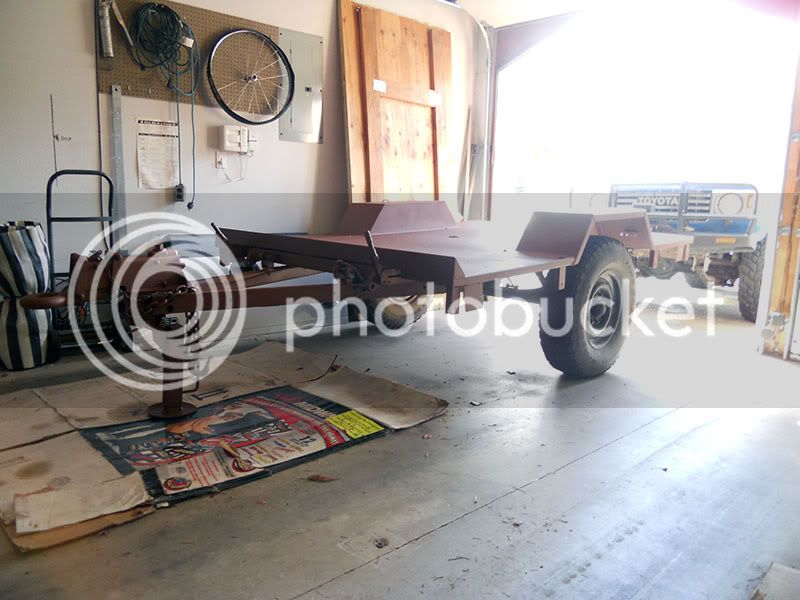 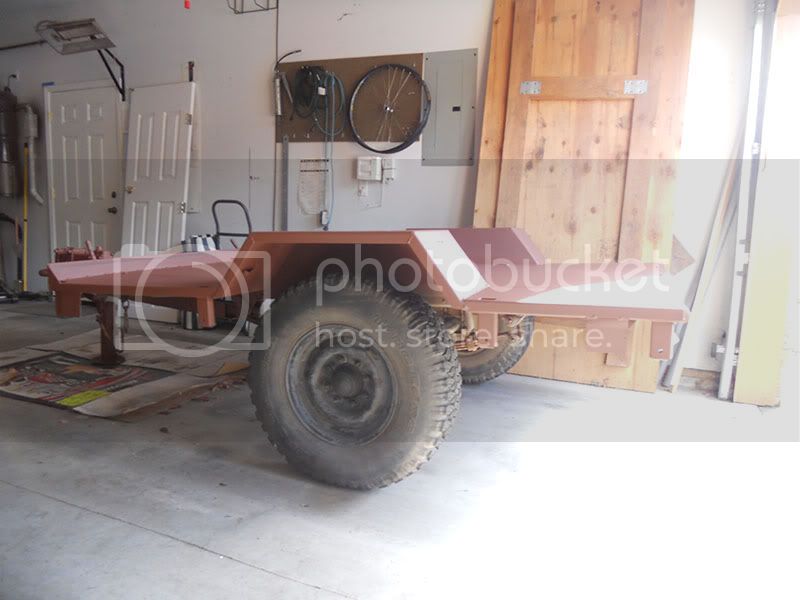 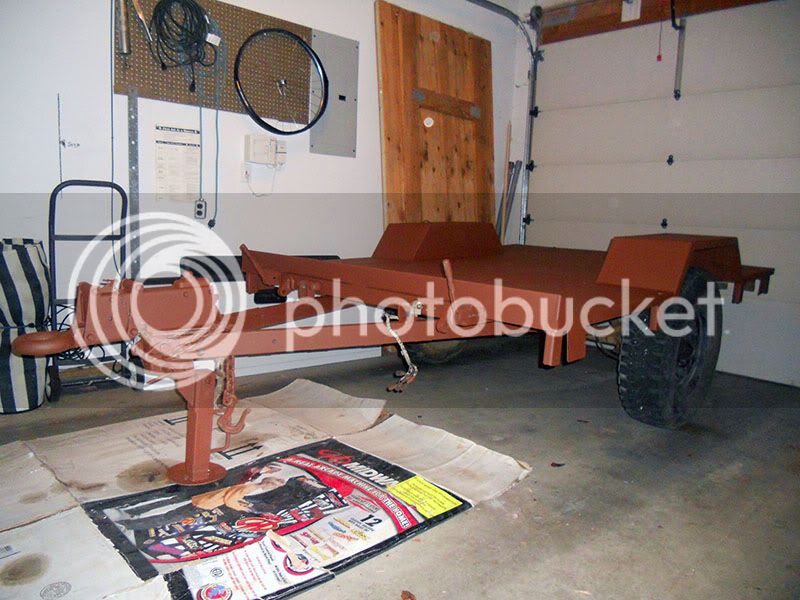 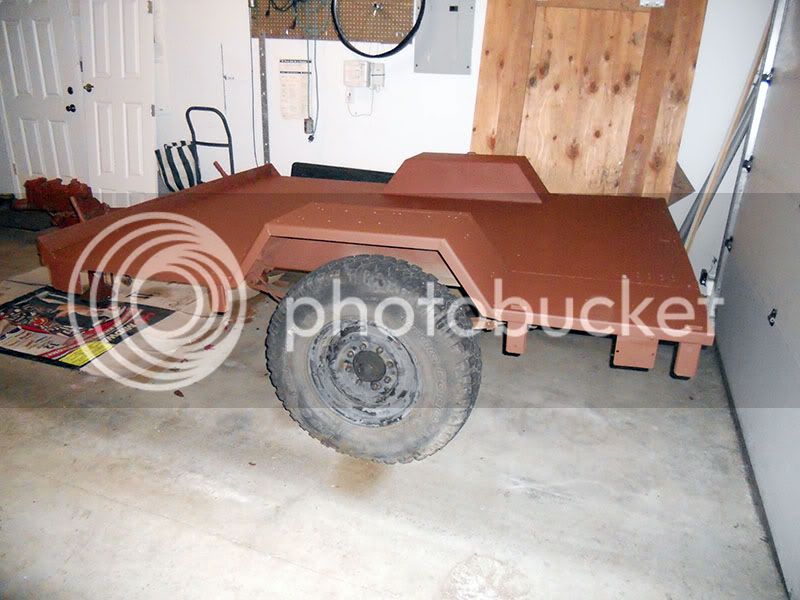 What are the dimensions of the bed?

jaxonm said:
What are the dimensions of the bed?
Click to expand...

SOLD Temporarily off market. I apologized for any confusion.