I’ve been wanting to do this mod for a long time and yes, I finally got it done.

I used an antenna up/down momentary switch out of a 80 series/lx450.

I ran 3 wires from cab switch cutout area to winch contactor..one red for power and two blue wires for in/ out. Then I just tapped into the 3 pin wires..white wire is power, so red to white on contactor battery bolt, green and black is the in/out, and it doesn’t matter which one you tap into for the two blue wires from switch, because you will determine this at the antenna momentary/switch.

This next step is optional...the two green wires on antenna switch, green/white silver dots...green silver dots are the illumination/light for antenna switch, you can tap into the dimmer knob wires...I already had a light switch tapped into these wires here so it was and easy to access and solder.

One big tip is to have power cutoff switch frombattery to winch so switch is not powered/active all the time till you switch on to use winch...I still might add a toggle power on/off under dash for more security... 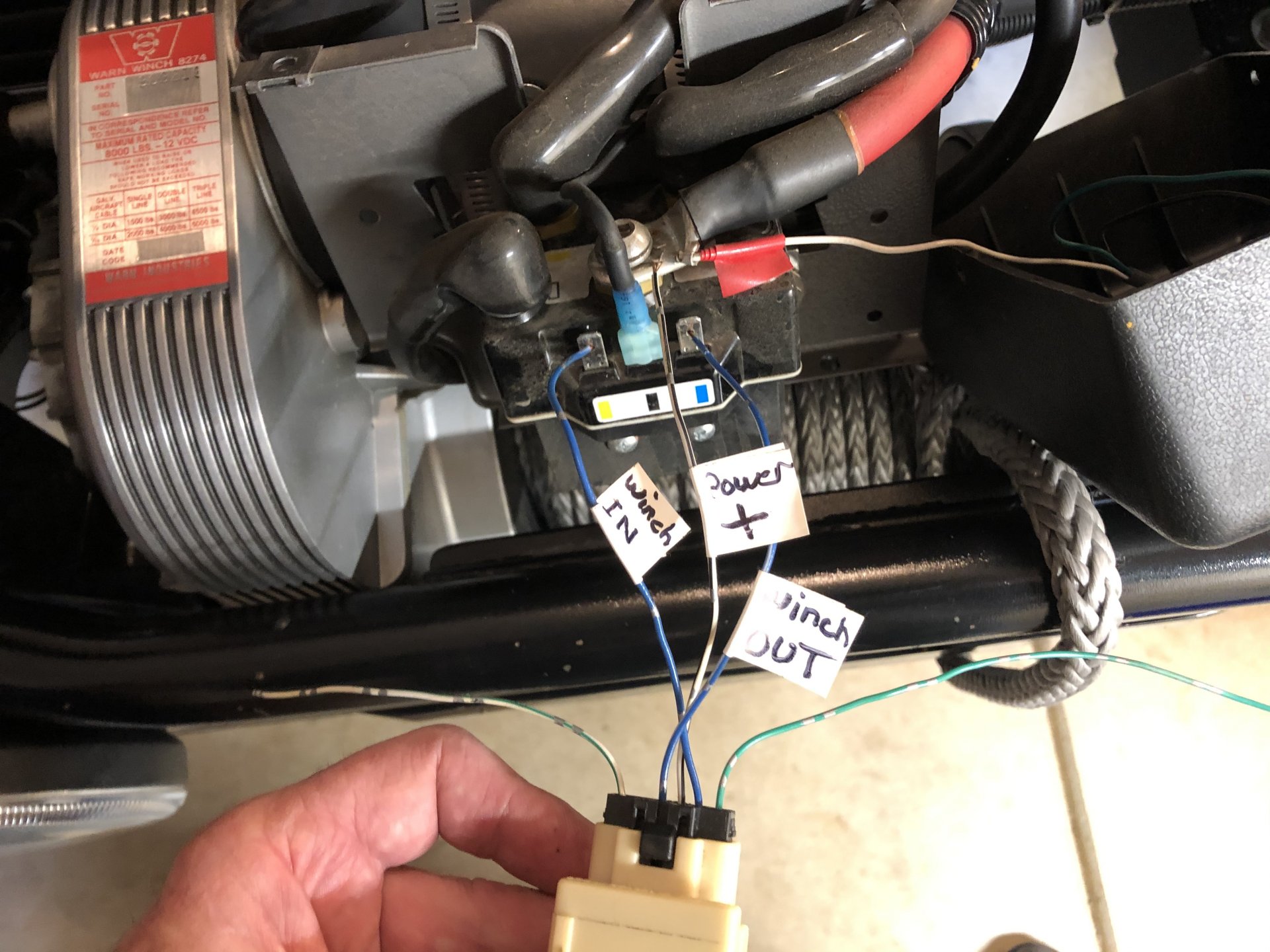 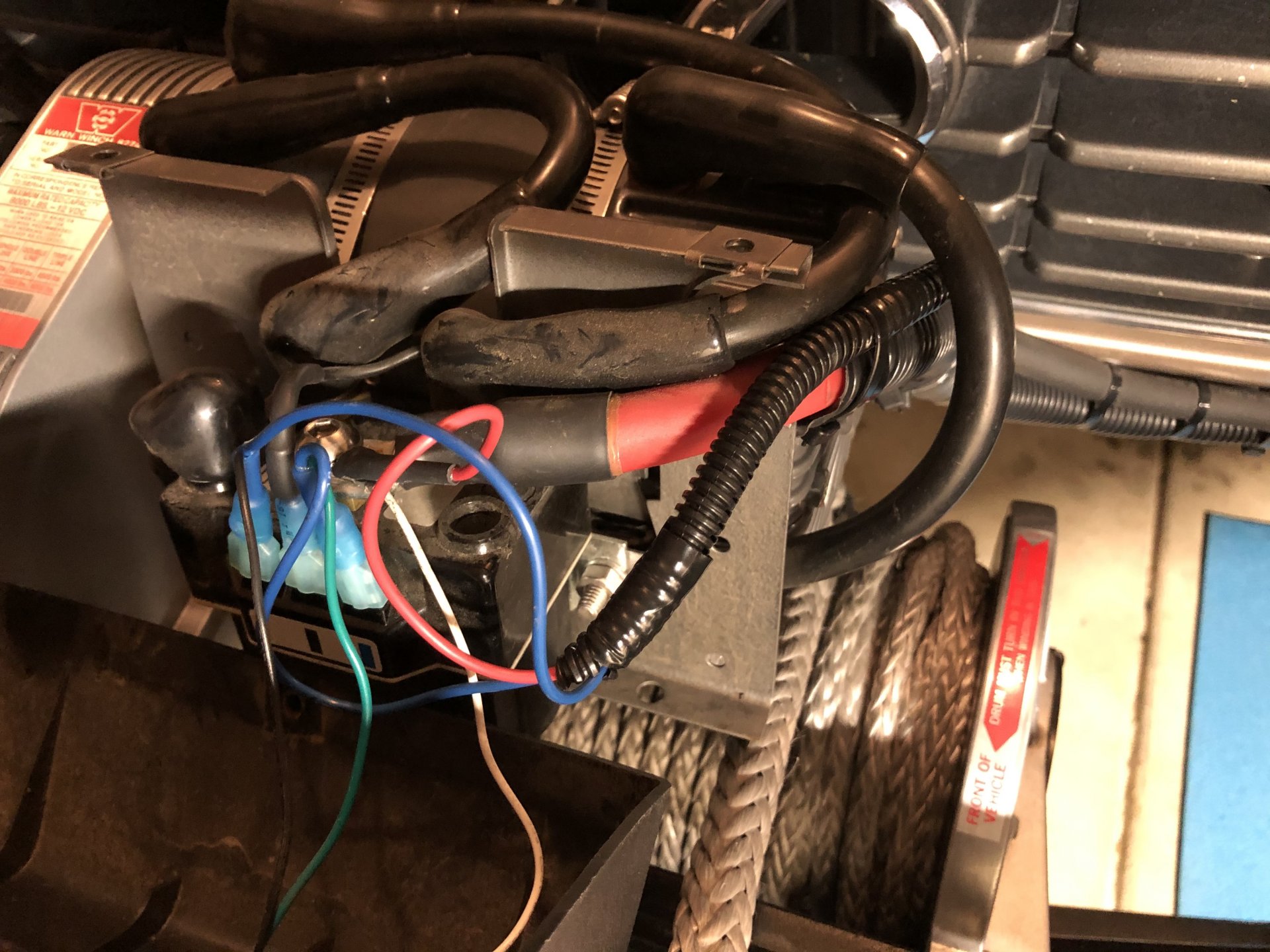 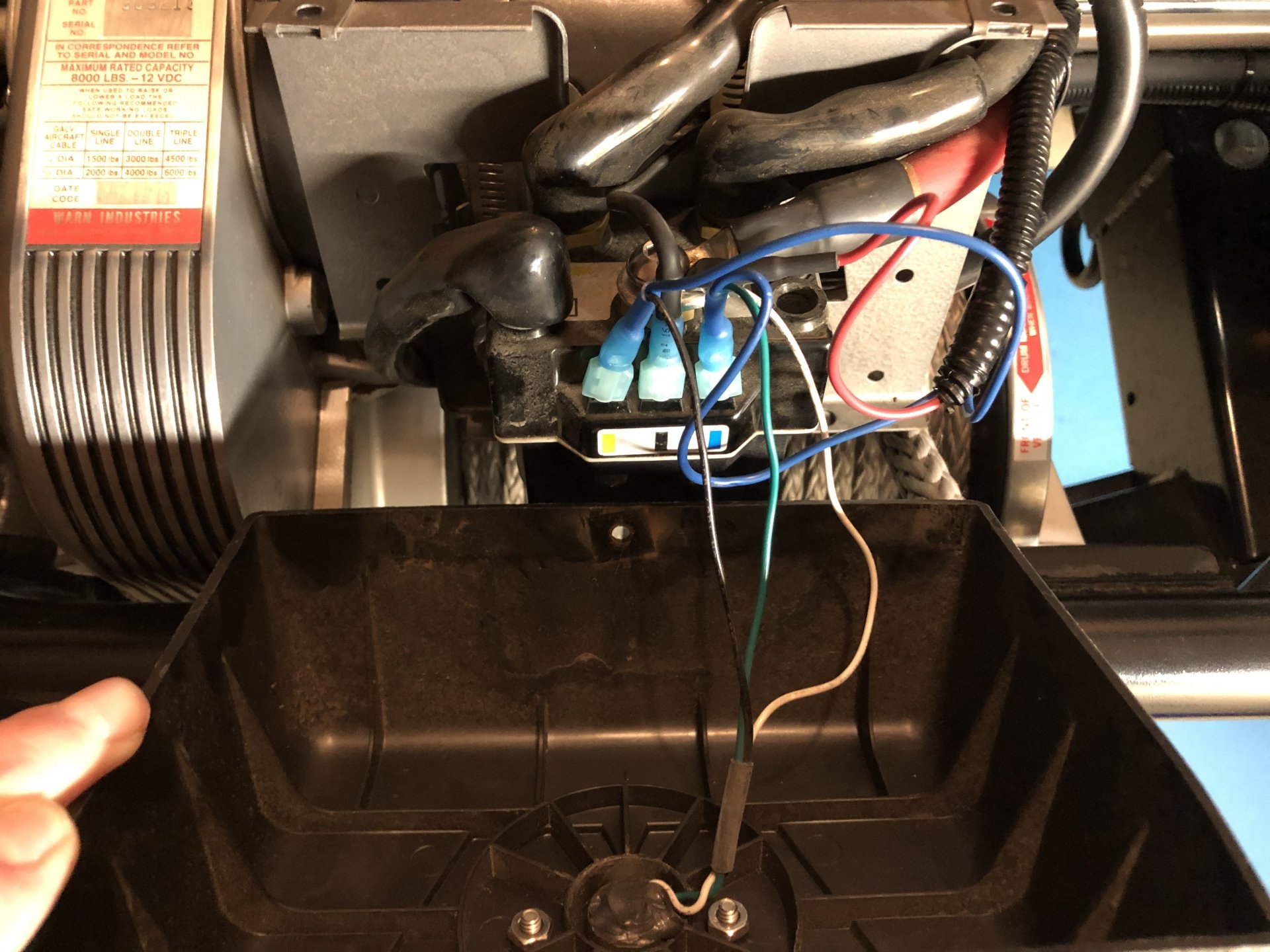 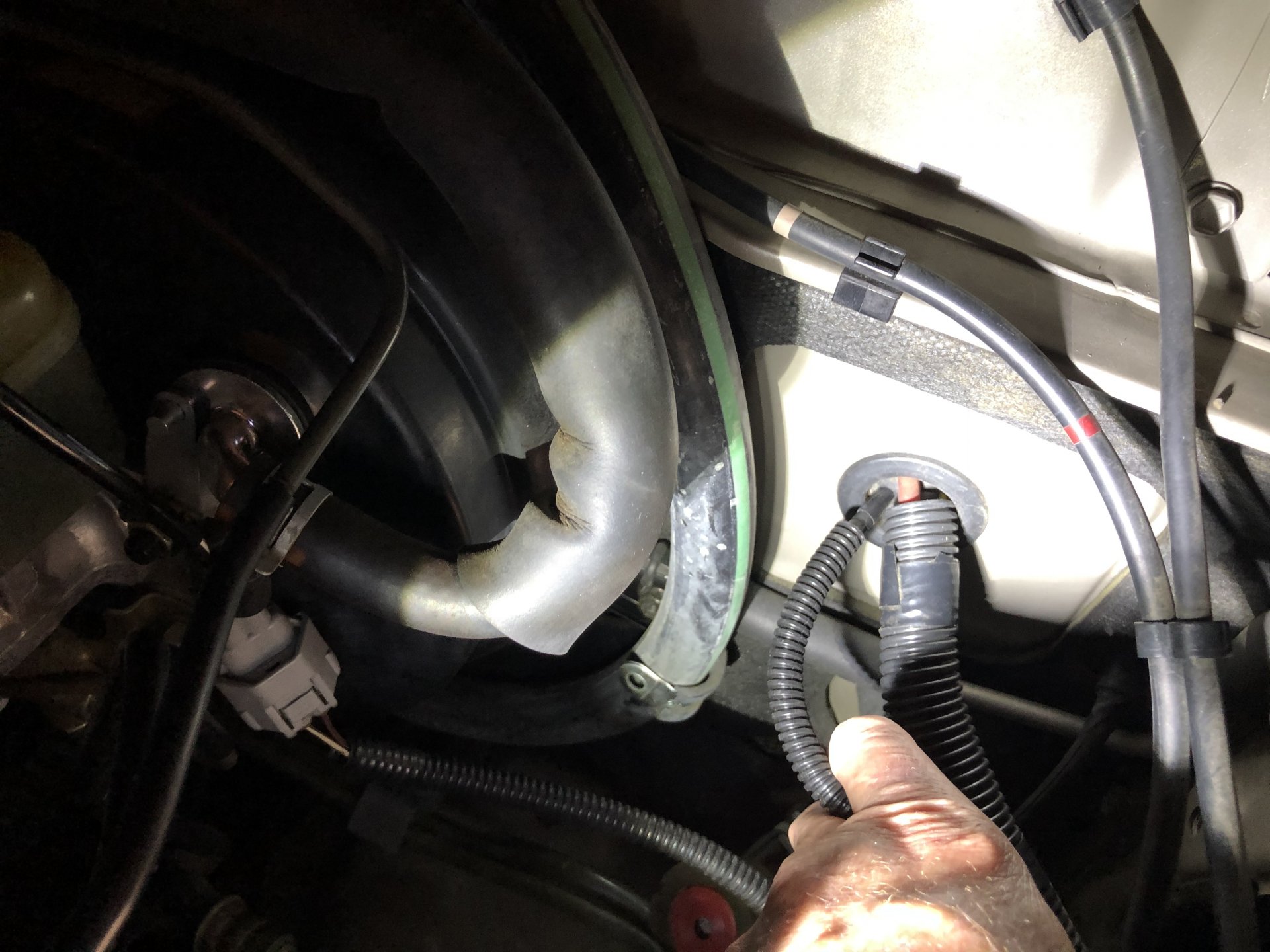 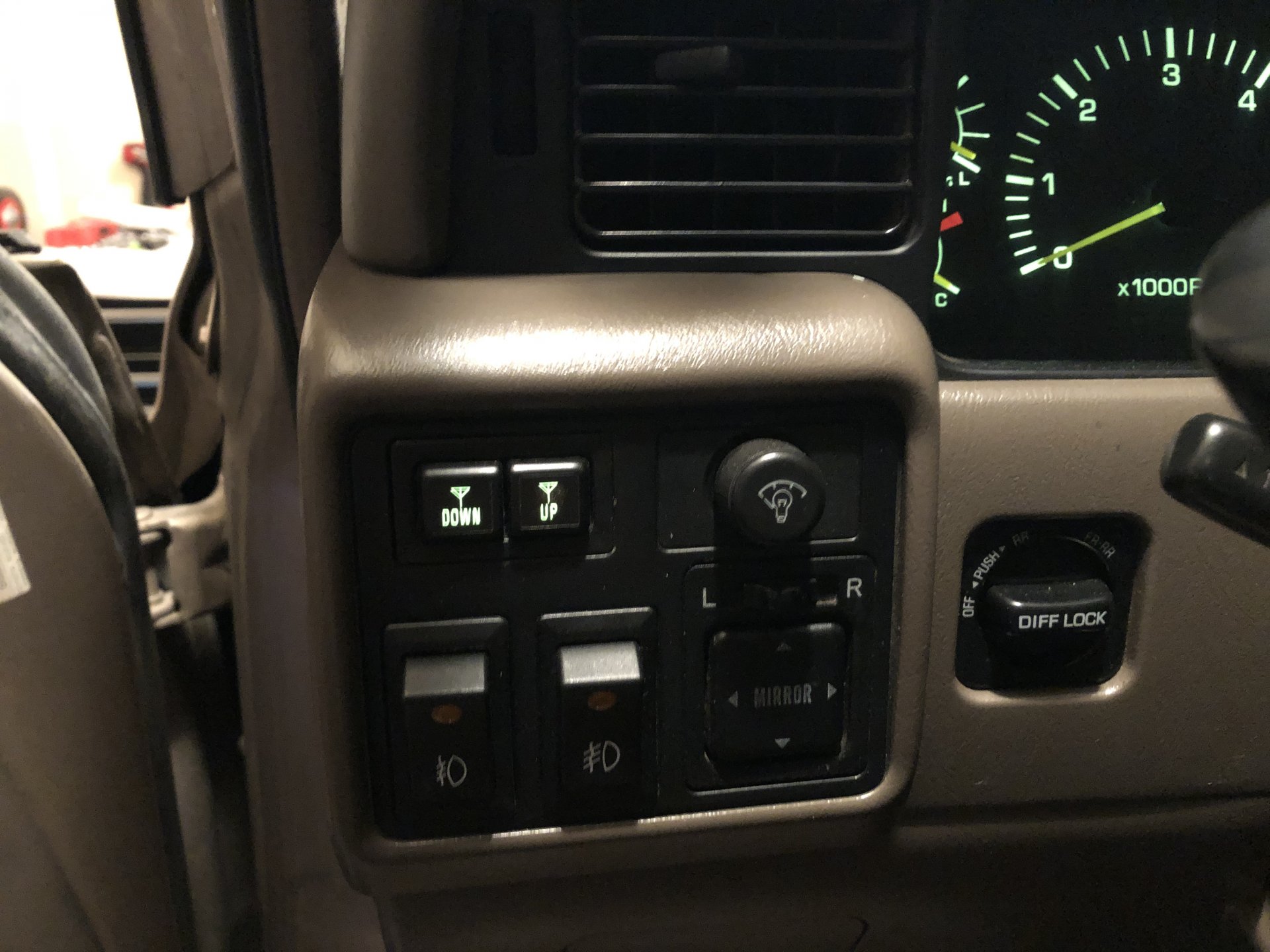 Here’s my winch power off switch....it always off until I need to use winch. 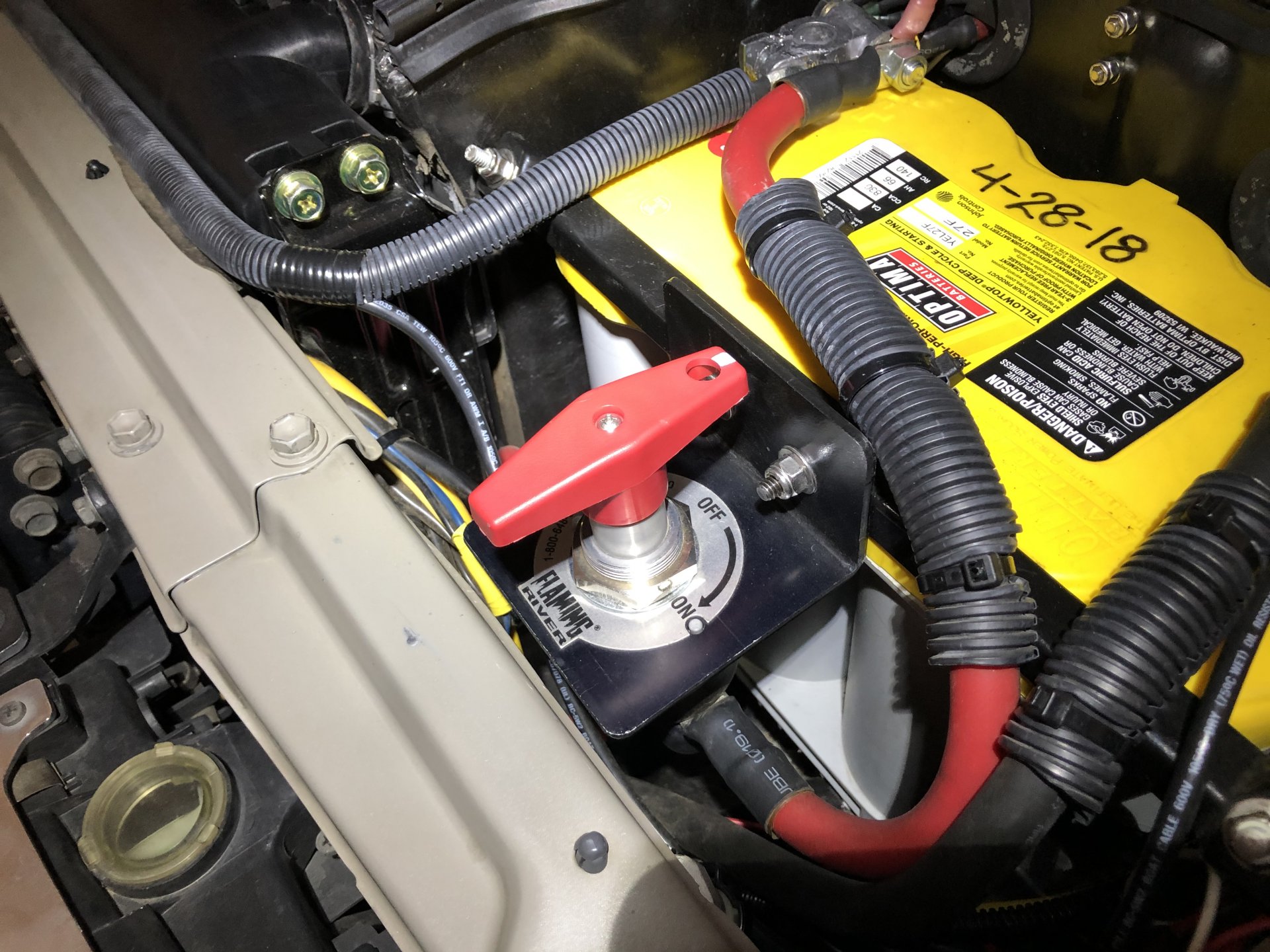 woodsman 44 said:
Here’s my winch power off switch....it always off until I need to use winch.View attachment 2626102
Click to expand...


Does that switch have a maximum amperage rating or recommendation?

1911 said:
Does that switch have a maximum amperage rating or recommendation?
Click to expand...


Thanks. I need to get one or two of those.

On in cab winch switch (antenna up/down) I Added some in/out stickers...which still illuminate...good for now when I find something Mabey better down the road ... 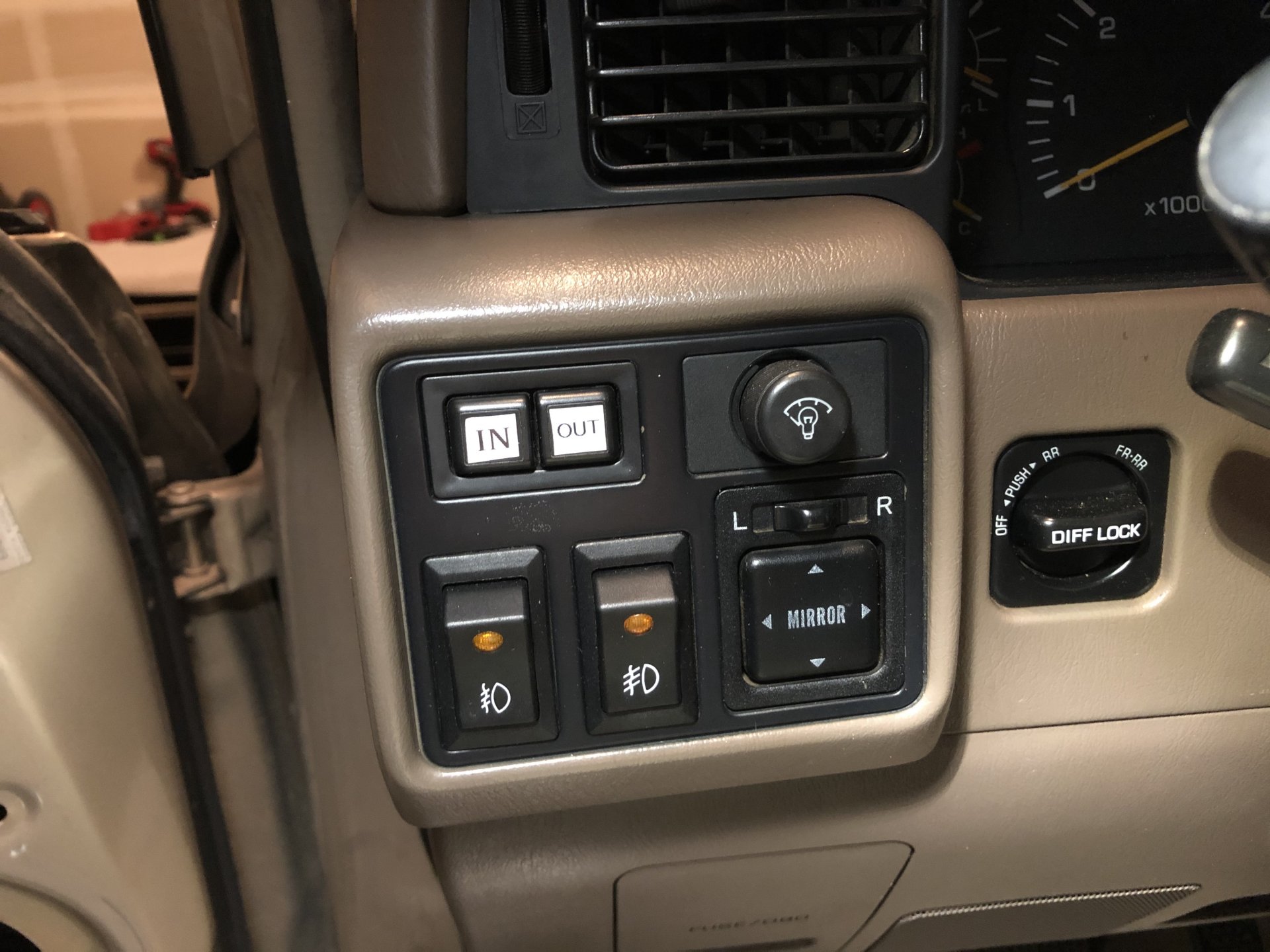 Edit, cab controls work but handheld controller doesnt work with this setup as of late...trouble shooting how to get both to work....

I use two switches - one to toggle between everything-off / inside / outside winch control, and the repurposed antenna switch to operate the winch from the inside.
Last edited: Apr 8, 2021

ChaseTruck said:
I use two switches - one to toggle between everything-off / inside / outside winch control, and the repurposed antenna switch to operate the switch from the inside.
Click to expand...

Yup, good call, this is what I figured out so far...need some power on/off switch incab to turn off power to antenna in/out

Last year I installed a Harbor Freight 12k winch in my stock bumper. I really wanted in-cab winch controls using the OEM antenna switch but I searched and couldn’t find any information on wiring for this brand of winch. There are a couple Mud write ups for Warn winches using relays, but...

Three relays on the right side are for the winch. Besides the two SPDT relays to cancel any power if both buttons of the antenna switch are pressed at the same time, I needed the extra SPST relay to adapt the winch being switched on the power side to Toyota ground switching. Not very elegant, but effective.

Overall bulky, clunky-looking, and a pain to remove when the battery has to come out, but has held up ok so far; I've changed some of the relays for potted ones. I have combination mini(?)-fuse / micro-relay block on the shelf, but haven't gotten around to wiring that one.
You must log in or register to reply here.

Is this a decent winch. Smittybilt