I am going to have to buy a new car here in the next month or two. I have been looking at both the FJ Cruiser because I LOVE the look, and the slightly better mpg. I KNOW you get way more car for the money by getting a GX (but its a soccer mom mobile) I am currently drawn towards the gx because the engine and transmission are way over built for a rig of its size. Its just so damn boring in design. Here is what I need in a rig I need it to carry me the ladyfriend and all the stuff to set up a sales tent at an art fair. I want to put a RTT on it so we can stay at Ntl forest/ blm or a campground then cruise in set up sell and gtfo minimizing our expenditures for lodging. I am planing on driving this thing all over the western us until its only value is as scrap metal.

I currently live in Arizona, but I keep seeing decent deals in the Denver area on both FJs and GXs and Frontier flights are stupid cheap. I am only holding on to the funky retro FJ dream by a thread. I am concerned with the engine transmission being a little undersized for the size. I also know the FJ is a might bit smaller than the GX. I dont want to mod it too heavily but I want it forest service road capable, I also want it to blend in with all the other cars at the art shows so I probably want it to look as stock as possible.


So what are the finer things I need to look at, are certain model years just better? How many miles is too many? Is there a price to year/ mileage sweet spot? How long do we expect the drive train service life to be? I really love the quirky look of the FJ I know they are probably more off road capable, I am just really hung up on the value for money proposition. I kind of feel overwhelmed right now. The ideal budget is between $10-17K

To me the question would be, how many people will typically be riding in the car? The FJC is very roomy up front for two people, but the back seat is crowded, has limited visibility, and is difficult for people to get in and out of. So if you have a family, that would tip me towards the GX.

The FJC was always 100% made and assembled in Japan; the GX, I don't know - some Lexi are assembled there, and some are assembled here. To me, this makes a difference - it is my belief that the Japanese-built cars and trucks have higher quality.

The drive train service life on either will be very long, provided good maintenance has been done. I've got 200,000 hard miles on my FJC (it's a work truck) and it doesn't leak or burn a drop of oil between extended-mileage oil changes. It's had no major repairs (that I didn't break myself). I would drive it across the country tomorrow, without worry or a second thought, or any special preparation. One of my sons is still driving a Sequoia that I passed on to him (with the same/similar aluminum V8 that may be in the GX?) and it has well over 300,000 miles, has had no major repair ever, and still runs reliably and great.

Toyota/Lexus are notorious for holding resale value (depreciating more slowly) than other brands. Last time I looked for a used one, the depreciation was straight-line or less, to the point that you were better off buying a new one than the same model a couple of years old. You'll just have to figure out how many miles on the trucks will fit in your budget, but a high-miles car in either one wouldn't bother me, as long as it had records to prove good maintenance.

Good luck with your purchase decision.

Since you really like the look of the FJ I suggest you get it, otherwise you'll likely have regrets. Usually no back seat passengers so you're good there. Underpowered? LOL. It has WAY more guts than any rig I've ever owned.

What's wrong with just pitching a tent on the ground? I'd skip the RTT and do that.

Didn't some of the earlier years develop body cracks in the front? I vaguely remember reading something about that. Probably not a big deal though.

Who says GXs have to look boring? Once you ditch the running boards and trim the mudflaps, add a lift and steal the tire carrier off of an FJC they can look pretty radical. 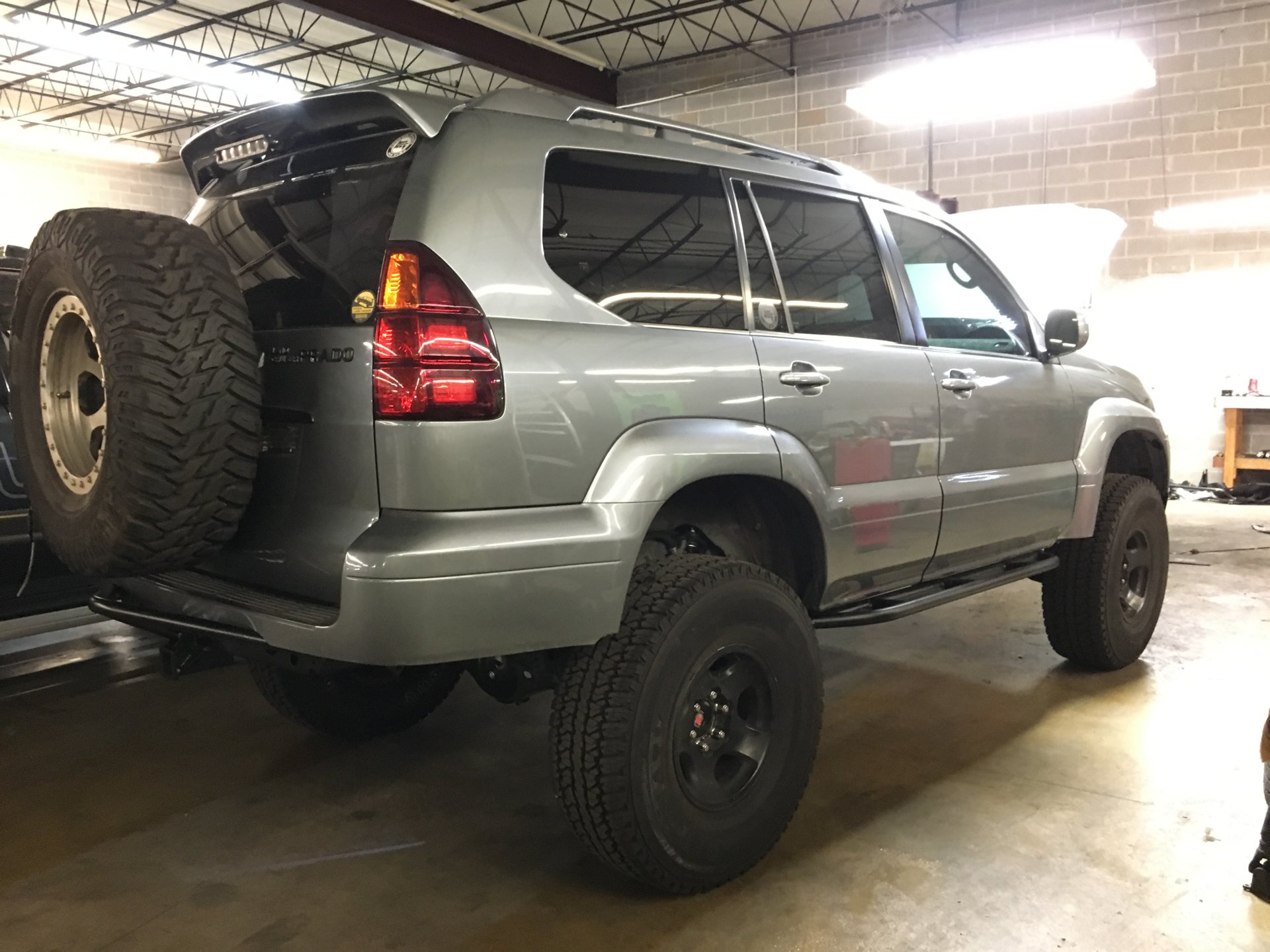 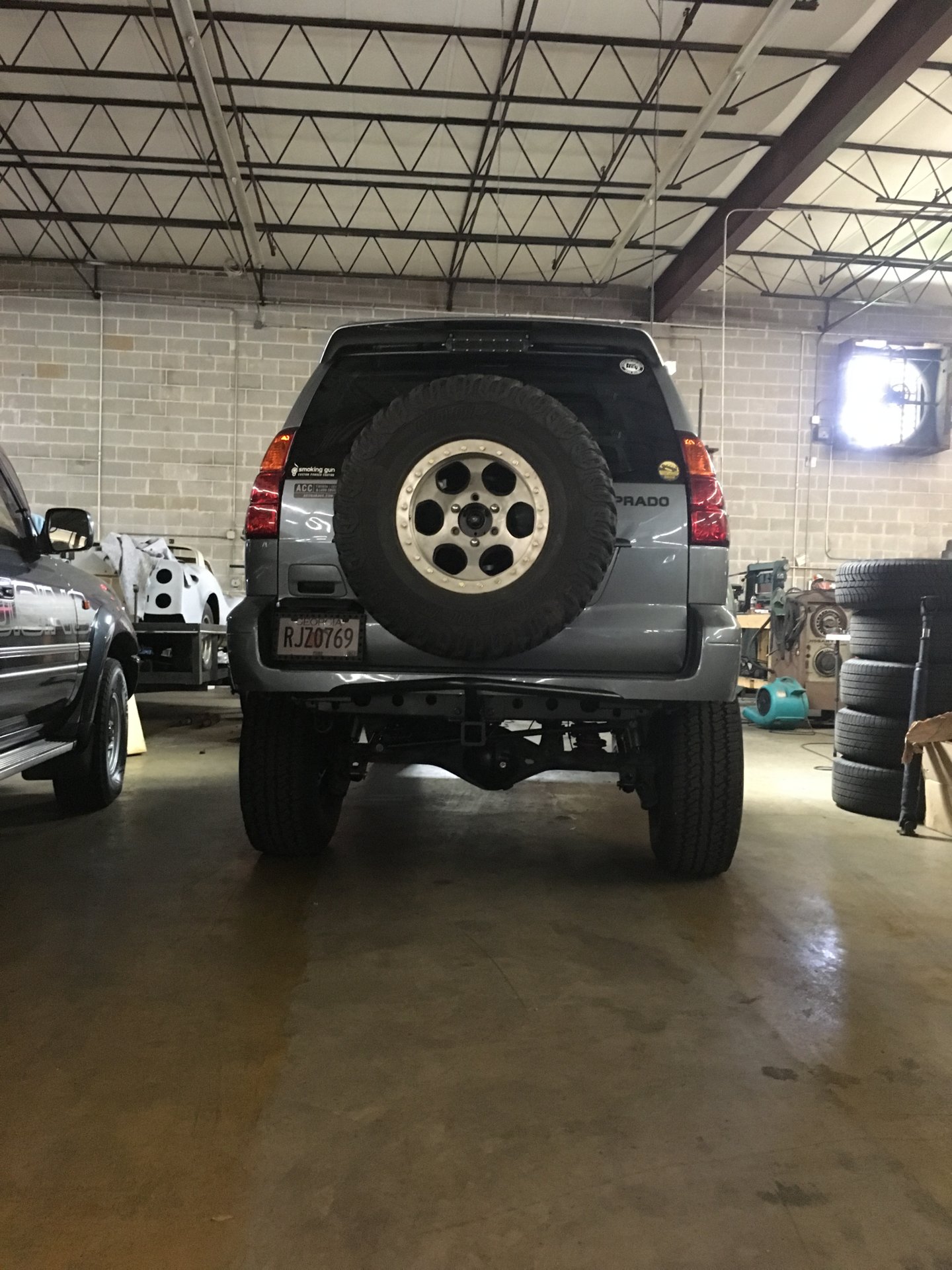 Any distance driving the GX will be hands down better . I have a Tacoma and a FJ and my Tacoma is much more comfortable to drive . The FJ is just funner to drive .

I know I have to probably be an adult/businessman and go for the GX... if it doesn't work out I can get an FJ later. I am guessing that I will end up putting on 25k+ miles on it in a year, with I am guessing at least a monthly 500 round trip to a show. Yes I still think the GX even when propperly kitted out still looks like someone's wife gave them the go ahead to turn their disused mom mobile into a weekend warrior.

I have both. A 2013 fjc with 3 inch toytech lift and a 14 gx460. The fj will do everything you want and be more capable off-road .however the Gx gets better mileage (but requires 91 octane), it also has more power, tows better, rides better, is roomier and way more comfortable. If I got rid of the running boards and put a better front bumper on it then it would be very capableoff road. I've owned a 200 series as well and I enjoy the gx just as much. Honestly if the roads you will be on are not to bad the gx would be a great option. Or opt for a higher mileage 200 series or a 100 series.

LaserNomad said:
I know I have to probably be an adult/businessman and go for the GX... if it doesn't work out I can get an FJ later. I am guessing that I will end up putting on 25k+ miles on it in a year, with I am guessing at least a monthly 500 round trip to a show. Yes I still think the GX even when propperly kitted out still looks like someone's wife gave them the go ahead to turn their disused mom mobile into a weekend warrior.
Click to expand...

Be an adult/business man, always buy what you don't like, just buy a Prius

I have both... both are great but different. Looks, size, comfort, out of the box capability, cool factor...

I love my FJC. It is extremely capable right out of the box with rear locker and A-trac. The reasonably short wheelbase does well on tight trails and there are lots of bolt on protection to make it a truck that will go anywhere. I love driving it around on the street too... and smile when I get the FJC Wave back from other FJC owners. it is comfortable on long drive but a tad shy on space. I love the looks of the FJC it is on top of the cool factor

My GX470 is great for long trips, still mostly stock. comfort doesn't begin to describe the luxurious surroundings that make long trips go by in no time. Very nice to point it down a highway, hit the gas and enjoy the ride at 85mph. Power is never a concern and gas mileage is consistent regardless of how much i carry. The A-trac helps and it is nice to have a real transfer case with a low that is very usable. but a factory locker would have been nice. I threw the third row seats out and have lots of space for gear. More after market mods are showing up for the GX everyday.

I now use my FJC for more hardcore off road wheeling (Rubicon, Naches wagon trail, Tillamook Forest, Moab). And summer time driving around with the tube doors on... love the open feeling. did i mention high on cool factor.

My GX is used for more overlanding (forest roads, two tracks, BDRs) as well as long distance road/camping trips. My wife loves the GX and I usually have to pry it from her when I want to go on a trip.

I have FJ with GX rear airbags, 35” tires and supercharger. It’s fantastic vehicle, I don’t know any better.