Hey guys; Reluctantly, I've decided it's time to sell the Landcruiser. Very mixed emotions but now that I'm retired I think change is inevitable.
Anyway, it is a 1992 HDJ-81 VX model (not 'Limited') that my wife and I purchased in Japan in October 2007 while on vacation there. 1HD-T, 240,000 kms; Manufactured in October 1992 so it has the Toyota upgrades that occured in August of that year (bigger brakes, etc.) It is a five speed Tramsmission (H151R) with open diffs, 6M1 green with grey interior. Presently it has the FOR Gen ll 3.5" lift kit installed, 315 75R 16 BFG KO's with two of those tires mounted on the back bumper on 'Jason's Off Road Cruisin'' custom rear (swing-out) bumper with LED lights; ARB winch type front bumper (no winch ever mounted), Cruisin' Off Road sliders, Trans skid plate and cargo barrier mounted behind the front seats; (presently no back seat installed but included in the sale); 3 inch stainless exhaust system (M-Tech in PoCo) with Beaudesert (Queensland) turbo down pipe; Compustar remote security system; Injector pump rebuilt by John at ATEB, cold start removed years ago; I'm prolly missing many things, I have a long 'Excel' list of maintenance done since 2007.

The not-so-good:
Birfs are due for rebuilding, I have the kit with all the bearings and seals;
Truck is presentable, original steel wheels tumbled and powdercoated by KAL Tire are now rusty; (About a year ago Open Road Toyota quoted me $100 each for replacement wheels).
JDM Sony sound system works like its 15 or more years old (which it is);
Power antenna stopped going up and down, (matches the worn out sound system) I have a new unit in the box from Toyota Japan.
Truck should have longer brake hoses installed because of lift but never did;
The Toyota clear coat on the roof is mostly gone (I'm too short to see it without standing on the slider);
Shocks (FOR) were never meant for a 6100 pound truck and should be replaced;
Tires are getting old, some are 2009 while others are dated 2011 or later.


The good:
No rust that I can see, some underneath on bolts that are not coated etc...generally a very solid body.
Starts and drives well.
A/C blows cold, truck runs well, two new AGM batteries this year.
We never wheeled the truck as such, (sorry, no "BC pinstriping") but took it down logging roads and drove it to Alaska in 2011.
I have not kept up with current pricing on these trucks, so I have no idea what they are selling for.
I'm thinking $17,500 Canadian is a reasonable amount, but your feedback is appreciated. As you can guess, owning
the truck for almost 13 years means I didn't buy it as a flip, just wanted a good looking rig that had the capability to go anywhere with reliability.
I have to wait until my wife comes home to help me upload pics as I have no idea how an old guy does that. I'm assuming that I can attach them tonight...Truck is in Delta.

Thanks Sailor....as I said, I don't know the market at all...I will try to post some pics tonight 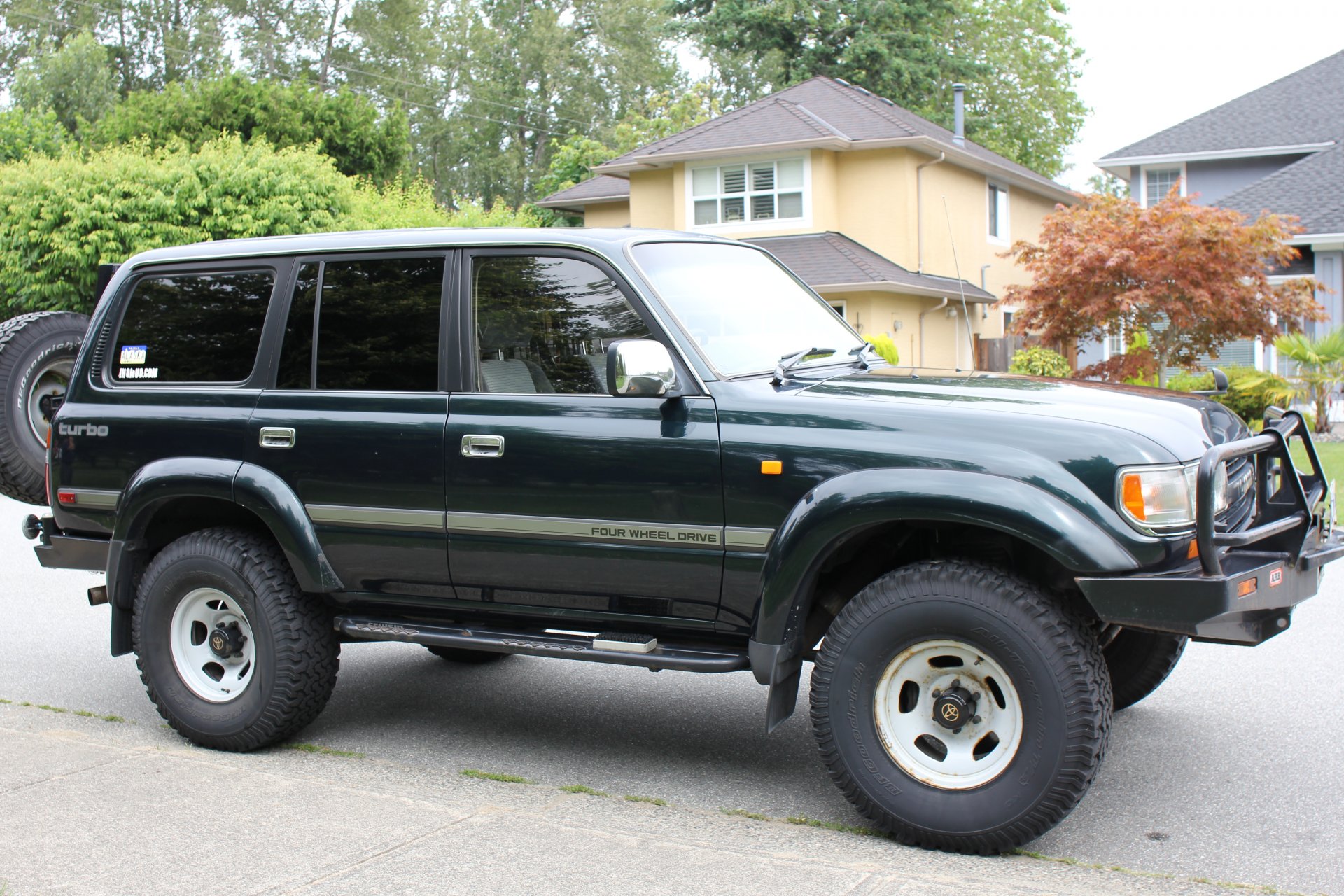 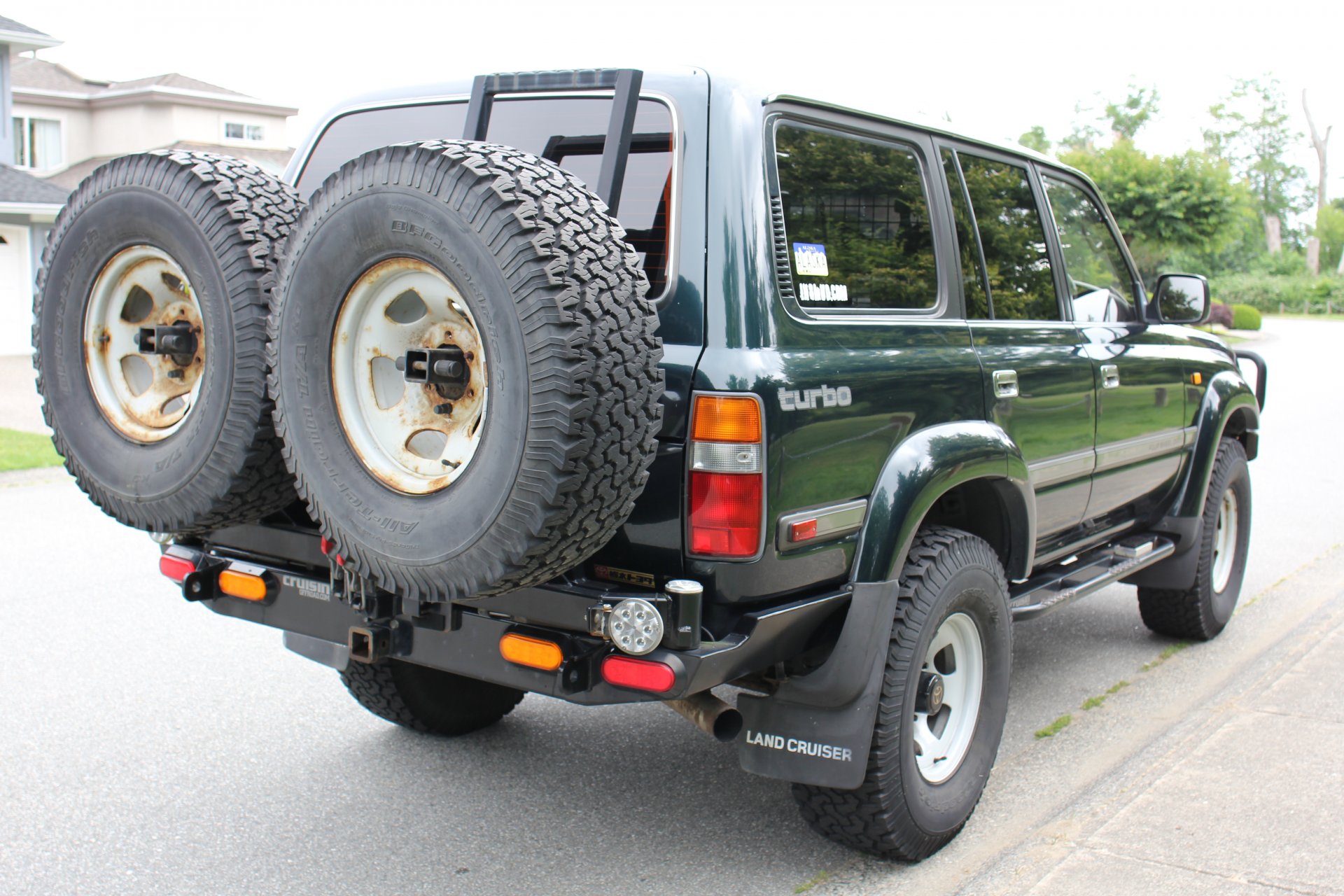 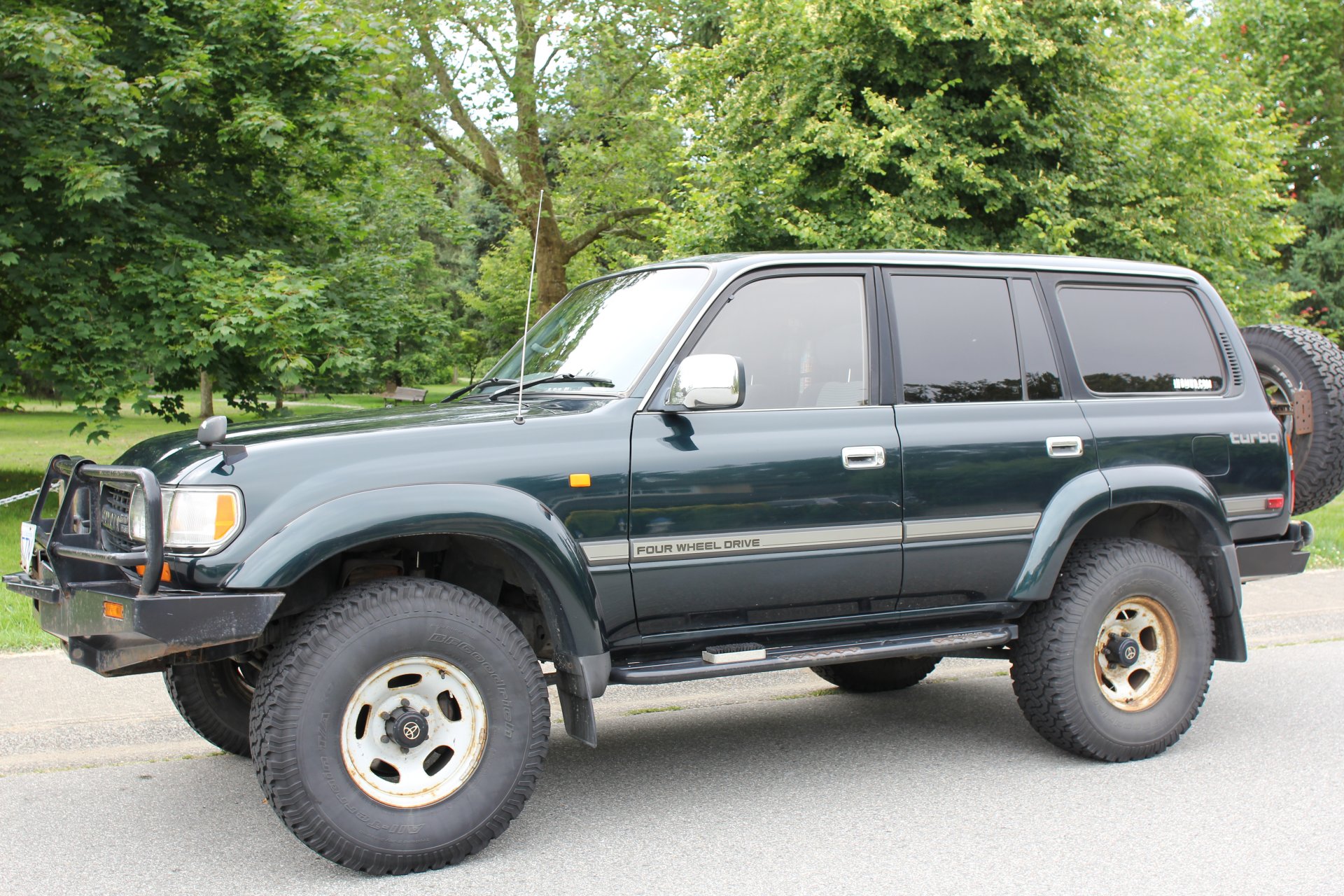 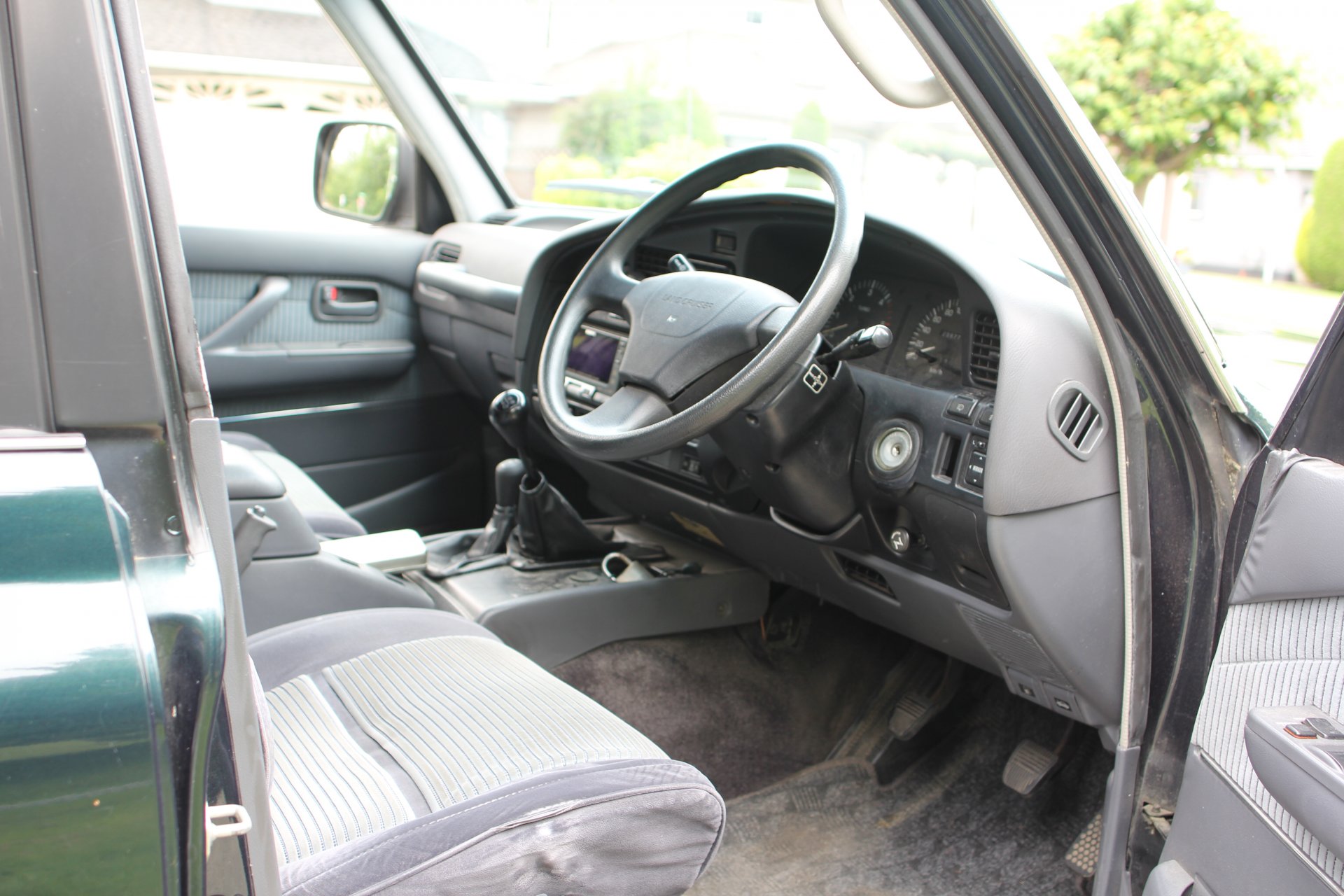 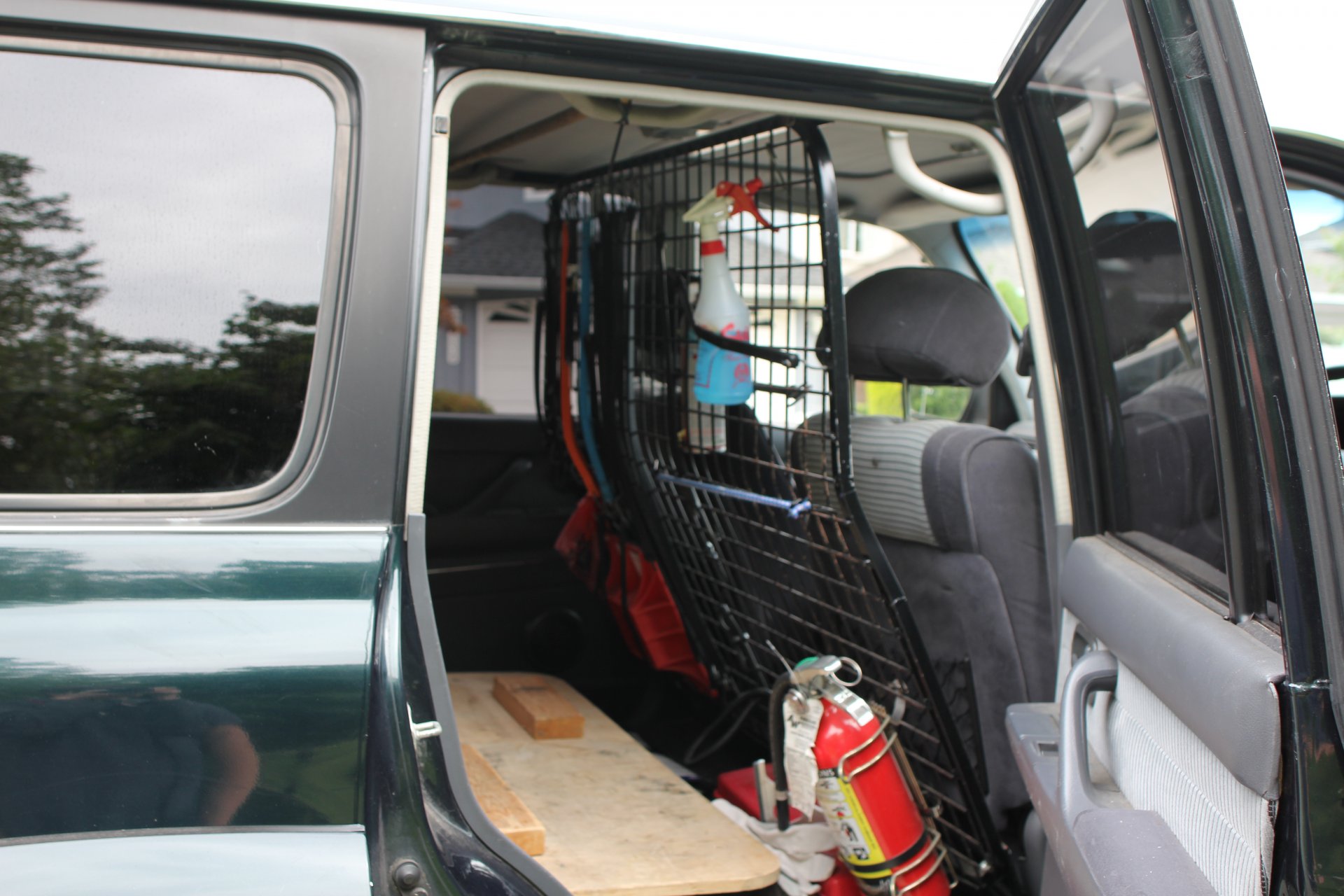 Nice! If I was looking for one, that would already be mine!

Thanks! I will be happy to sell it to a Cruiserhead!

Yeah, but I already have two driving and one in restoration. But that is a fine truck.

Thanks for the kind words. It sounds like you more than have your hands full...

I haven't received much interest, so I'm lowering it to $16,000 Canadian. Not sure if the price is a problem or job uncertainty with the pandemic.

If the US border was open, I'm sure you'd have no problem selling at this price.

I haven't looked, but have you also posted in the classified section of Mud? At $16,000 CAD I would think you'd still have buyers from the US. Just have them arrange and pay for the shipping.

Haven't listed in Mud classified yet...

As soon as you post this more widely it'll sell in a heart beat. You're asking a very reasonable price. In fact I'd recommend raising your price if you post on craigslist or the mud classifieds. I was really hoping this would find a home locally in Canada, but it'll probably be off to the US as soon as the border opens. I myself have thought about it seriously, but I think I'm getting ready to move on to modern vehicles.

Sent the link for this over to a co-worker. He mentioned he was looking for one with a FT, but with a 5spd and the extras this truck is definitely a good deal.

Had a look at Gord's truck tonight. It is CLEAN, and a real nice truck. The 5spd is uncommon and the Cruisin armour and rear bumper are the expected top quality.

This is a sweet truck for someone.

Thanks Rob! I appreciate it!

Thanks Sailor...I also got the doublecardin driveshaft that Frankie offered at additional cost....never used it as I think its different on the manual trans...I will try to sell it
You must log in or register to reply here.

Rooftop tent and rack for sale

80 series parts for sale. Please contact me for pics or info.