Have you ever had one of those months?

Have you ever had one of those months working on your truck? Where it seems like everything is broken wherever you look? I've just had 2 months of these in a row. Maybe you can figure out what not to do after reading this.

Lets rewind back to late January. I'm in Anza Borrego, doing some fairly light trails. Truck is working amazing. End of the day I notice that there is a lot of fluid leaking out of the transfer case. I go to check, and its a quart low.

Now the transfer case has been leaking for about 8 months, and only when the gear lube was really hot. Normally it was a small drip, but this time its a lot worse.

Let the truck sit a week, and the leak has stopped. So, I decide it would be a good idea to surprise my grandfather for happy hour... 400 miles away.

By the time I got to grandpas house, the truck was not only leaking (you could smell the burning 90w off the cat), but something was REALLY loud. Loud enough that I had to wear earplugs for the remaining 50 miles of the drive. But still the truck drove awesome.

Since I have tools accessible and new seals for the t-case, I figure, what the heck. A few hours later I found a small issue, the scissor gear was left on the transfer case during the dual case install. Also, there was a massive amount of fretting wear on the splines. It was enough to destroy the marlin 4.7 input gear, and the inchworm adapter coupler.

So I book a flight home.

Next weekend, I'm back north with a new marlin adapter, and a new 4.7 input gear. Parts were a bear to get (marlin was out of stock.. had to find a vendor with one in stock), so I was not able to install parts until sunday morning. By sunday afternoon, the truck was back together, and I was ready to head home. 30 miles down the road I decide there is still a loud noise coming from the truck, and I can hear bearing noise near the t-case.

So I book a flight home.

Two weeks later I drive up (smart enough not to fly this time!), with new bearings in hand. I pulled the truck into the garage, and started to tear in. While pulling the driveshaft out I notice that the splines are loose. Yup, the core that was used to rebuild the heavy-wall drive shaft had very worm splines on it.

Grumbling, I pull the transfer case out. Its disassembled again, and I have the bearings swapped in no time. I begin to re-assemble, and for some reason it wouldn't go together. I tried installing all the bolts, and slowly squeezing the case together. Then I hear a 'POP'. Thats correct, I cracked the range box. It seems I had pressed the bearings into a different case (I have 3 spares now), and the dowl pin was stuck. Dowl pin on dowl pin=cracked case.

So I hoped in my car and drove home.

2 weeks later I drive up (again... not flying), with a new advanced adapters range box in my hand, and a fresh re-rebuilt driveshaft from south bay driveline. I attempt to install the t-case back together again... but to no avail. This time the rear main shaft bearing won't go over the housing. After 2 hours of fiddling, I got it on.

On a hunch, I decided to run the truck in neutral, high range 4th gear, with the driveshaft out. It was a good thing I did too. The rear output bearing was getting hot. But why?

After a bit of investigation, i found that my mix-matched transfer case housing wasn't fitting together correctly. After swapping the rear most portion of the case (to match the piece in front of it), all was well, and the transfer case was working.

So I tossed in the driveshaft, and took it for a test drive. Truck drives awesome.

So I go for a 80 mile drive to make sure all is well. Everything goes well until I hit traffic. I'm driving 70, push in the clutch, and the truck goes quiet. I had to double check that the engine was still running. Put the truck back in gear, and it sounds like there is a set of boggers slapping the ground. Back in neutral, and the truck is dead silent.

Frustrated, I parked the truck and drove home.

Now fast forward a week. I realize it may be a rear end issue. So today I had the truck towed to rear end specialities. Upon inspection they found that the rear carrier bearings spun, and there were many teeth missing from the ring and pinion.

So here I am. I have replaced the t-case, driveshaft, and rear diff. All parts had 6k miles of them (and no hard wheeling). I'm really hoping this is the end of the major issues for awhile.

And what did I learn? I don't know, but I hope you got something out of this story. 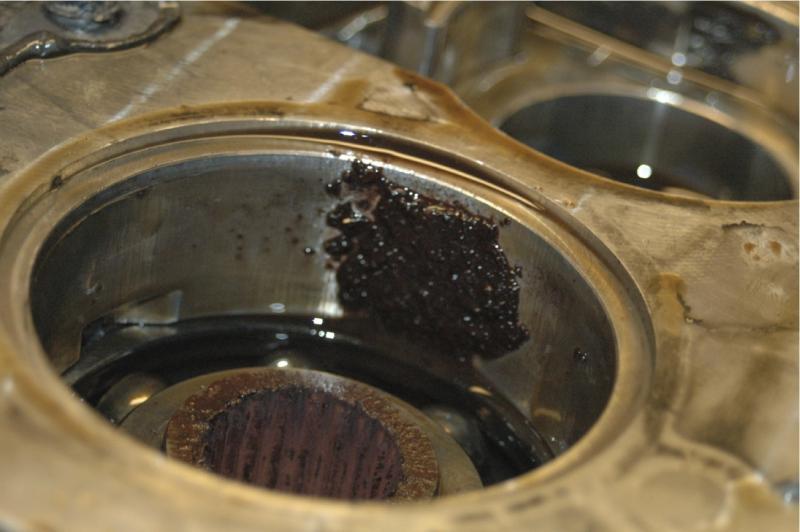 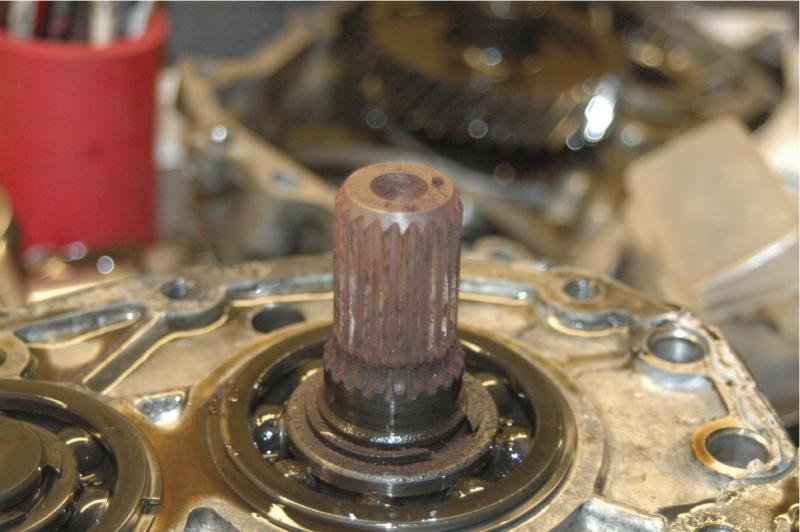 well at least it is ready for the next 6k miles.

my whole year was like that last year.
truck.
sewer.
roof.
water leak.
remodle of all of down stairs. (see water leak) nice and slow so it soaked up the dry wall in 4 rooms before it got out in the carpet where we noticed it.
tv's and dvd players all took a dump.
old lawn mowers all got a going through.
just on and on. each project seems to lead to two more projects. right now it is out of control.


so I feel your pain.

When everything goes to hell maybe it's time to sit back and look at the preventive maintenance.

Life needs preventive maintenance. Always making a good decision is hard to do but having to fix stuff later sucks.

When everything goes to hell maybe it's time to sit back and look at the preventive maintenance.

Life needs preventive maintenance. Always making a good decision is hard to do but having to fix stuff later sucks.

Gonna have to apologize on this one. Just finished a conversation with the neighbor and hadn't any coffee yet. Was thinking about other things and generalized the crap out of it.

I'll get back under my rock...

fits the thread title, we all do that, do not sweat it.
well i am posting, so i must be drunk!

I'm having a grand time with my Honda Civic right now... 3 months ago I had to change the clutch (only 20k on the clutch...) because the distributor o-ring was leaking onto it.. I could not get the right o-ring for the dist, not even from Honda, I ordered 3 from them, all wrong. I'm now running an o ring I got at a pump store. I decided to change the axle shafts and oil seals in the trans while I was in there... I could not find the right seals to save my life, they are all listed wrong at the auto stores. And now the axle shafts are leaking at the trans.... guess where they throw oil when they leak? Yup, on the clutch. So now I'll need another new clutch after maybe 2k miles.... So much for my cheap, worry-free commuter... When it rains it pours...

Could be worse, I could not have a Toyota 4x4 sitting out back that's in great shape!
Jerod
'85 4Runner "Green Bastard" Ugly, slow, unquestionable pedigree.
JEFFERSON STATE CRUISERS
JSC FORUM

Picked up the truck last night from the diff shop. Drove it 5 miles to find a puddle of oil under the rear diff. There was a 1/8" gap between the diff and the housing. Oddly enough, the silicone didn't seal.

I pulled the diff, to find the inside of the housing very dirty, and a piece of the old pinion gear floating around.

Then, upon reassembly I noticed the rear wheel bearings were worn. So worn in fact that when I pressed one side out, it came out in 3 pieces (how didnt the rearend shop notice this?)

*What the heck is with everyone lately having fret issues with these couplers and why doesn't someone figure out either how to machine them into a tighter press-fit sort of thing, or a way to lube/grease them that doesn't chuck the stuff out into a useless glob of grinding compound?

Literally, it's like you might as well figure out an oiling system for that galley that'll have the trans/case fluid actually meet the shaft and coupler just so it'll stop..

..or am I totally overthinking this now?

what are you babbling about?

NorCalBorn said:
*What the heck is with everyone lately having fret issues with these couplers and why doesn't someone figure out either how to machine them into a tighter press-fit sort of thing, or a way to lube/grease them that doesn't chuck the stuff out into a useless glob of grinding compound?

Literally, it's like you might as well figure out an oiling system for that galley that'll have the trans/case fluid actually meet the shaft and coupler just so it'll stop..

..or am I totally overthinking this now?
Click to expand...

MUMBLER! Seriously, I can't understand a word you're saying! 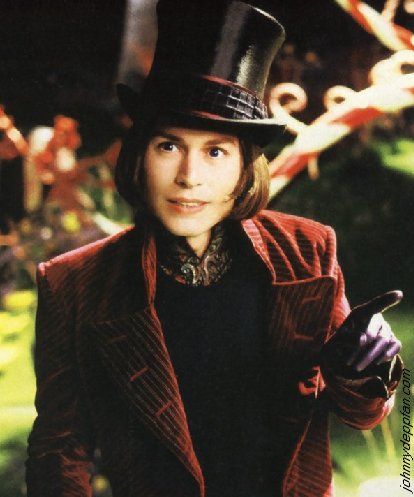 Matt, at least you don't have these guys ^ giving you chit like I do. ;p "Woody forbid" I actually post something insightful and reasonable.

FWIW, I thought of something after reading Jerod's amp draw thread, went out to try something and basically, used my Fluke Meter as a stick welder today..

Realize this, there's only 6 more days in this month, May will be better for you.