A couple of the old Cruiser people are thinking of doing a Whipsaw run in memory of Gary Telford
July 17 camp at the Eastgate side of the trail, Saturday camp at one lake, Sunday camp at the next lake , drive out into Coalmont on Monday.
Any interest?

I am interested for sure but will depend on my work schedule.

this sounds good to me- if I'm able to make it and my pile is running ill be there...

really sad to hear about Gary. Condolences to his family and close friends.

Been a long time since I went on a coastal cruiser run but if I can make it happen I will be there.

Way back when, before I joined CC, I convoyed to whipsaw with Gary and Steve for what was then an annual whipsaw run. I was a noob and learned a bunch following Gary that trip. Back when Gary ran his sprung over BJ60, Steve his V8 40, and there was one lone jdm on the trail in the group. Good times on that trip and great people made me join the club. Always enjoyed trail time and bs ing with Gary.

Great idea Brian! We’ll see how it goes and try to make it, many good times with Gary on the Whipsaw.

I'd be interested if I can get away from work (this covid thing really makes you want to be available for work when there is some work to do!) I have lots of fond memories wheeling with Gary, and really wish I had made a trip south to wheel with him in the last few years as it would have been nice to catch up. My 60 wagon was only possible because of Gary showing me wagons can be cool too if you put them on swampers 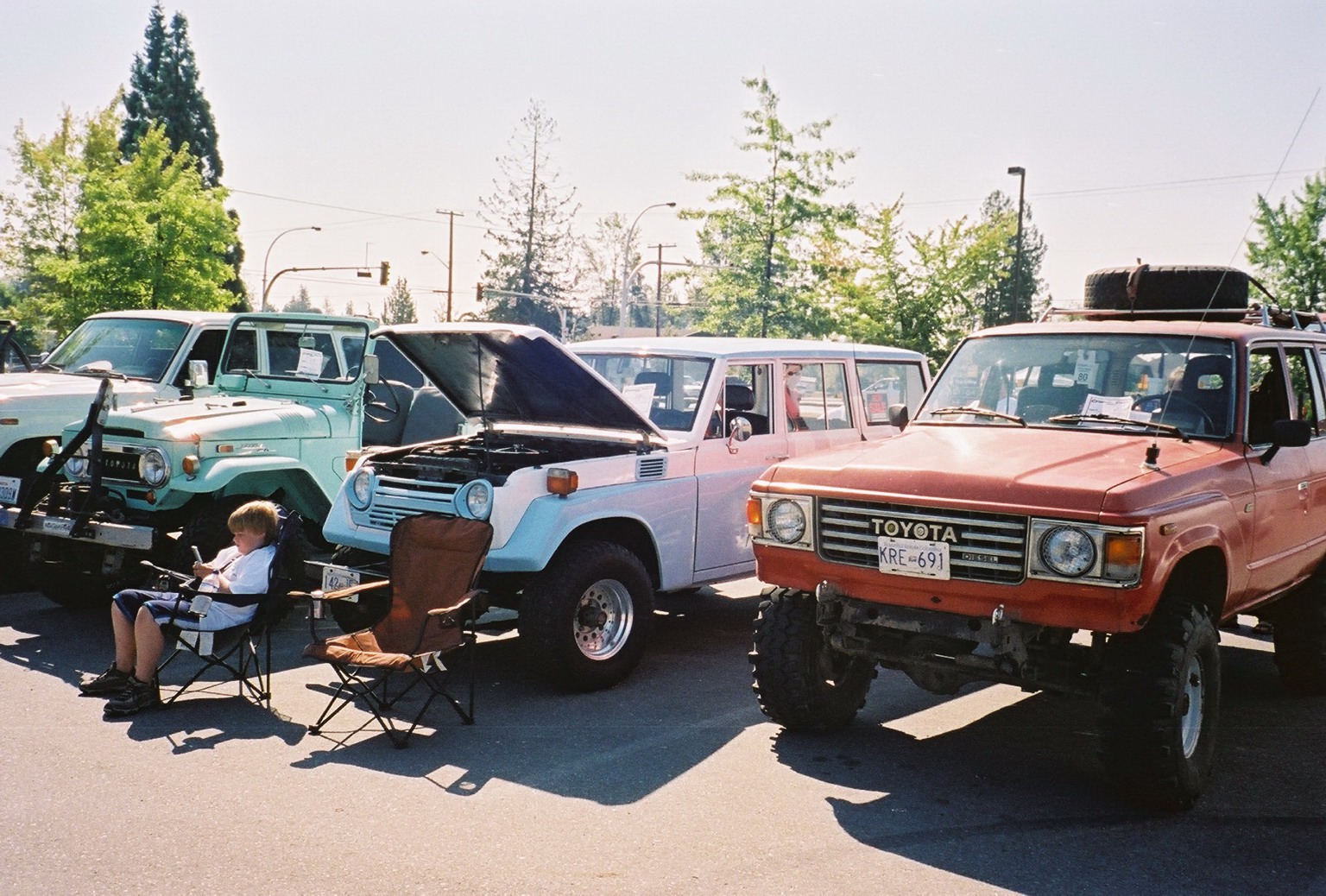 Deny said:
My 60 wagon was only possible because of Gary showing me wagons can be cool too if you put them on swampers
Click to expand...


You gotta bring the donkey though!

I don’t know, Frank was a lot of work on May long. 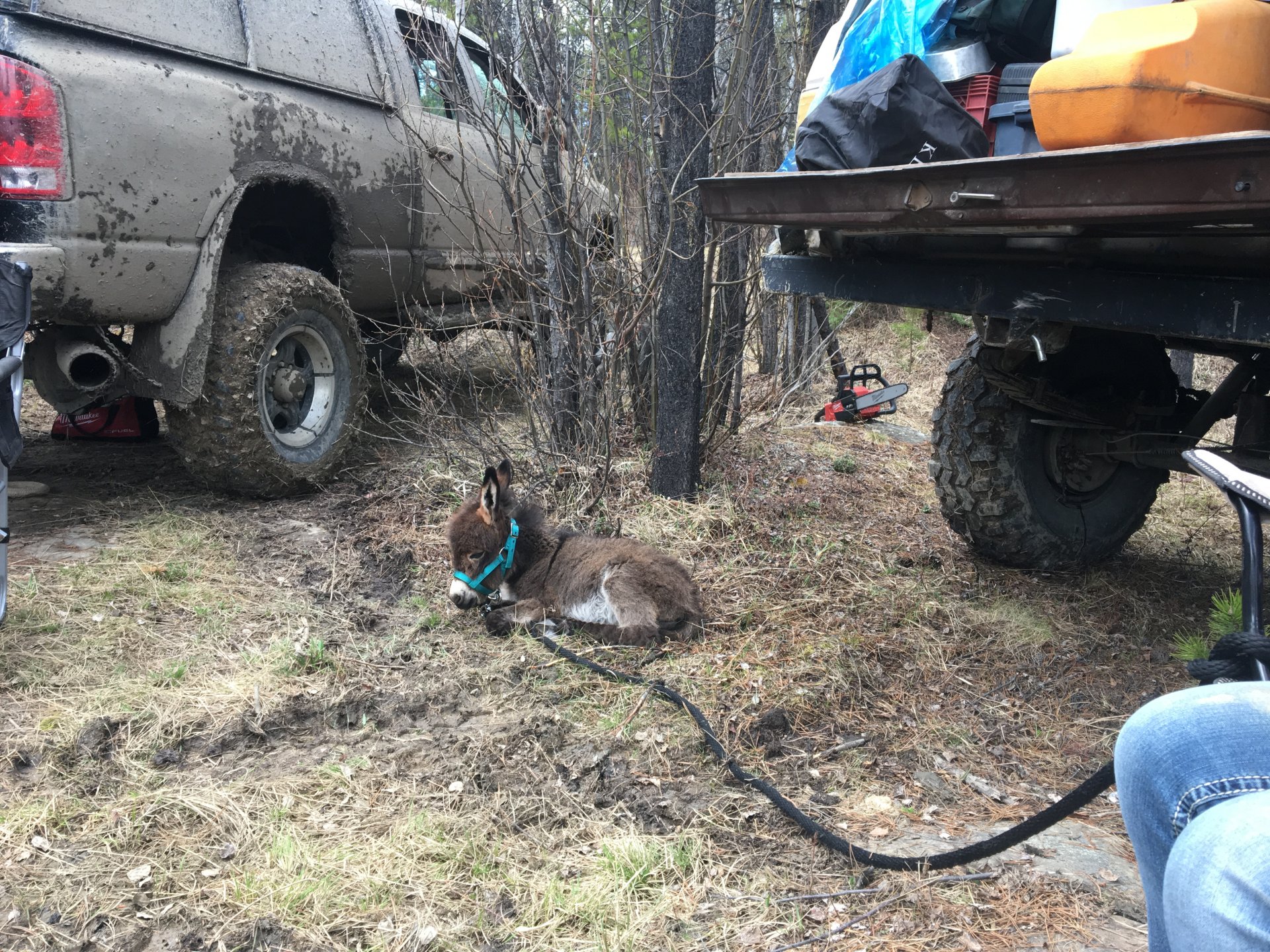 BC40 said:
really sad to hear about Gary. Condolences to his family and close friends.

Been a long time since I went on a coastal cruiser run but if I can make it happen I will be there.

Way back when, before I joined CC, I convoyed to whipsaw with Gary and Steve for what was then an annual whipsaw run. I was a noob and learned a bunch following Gary that trip. Back when Gary ran his sprung over BJ60, Steve his V8 40, and there was one lone jdm on the trail in the group. Good times on that trip and great people made me join the club. Always enjoyed trail time and bs ing with Gary.
Click to expand...


Was that the trip Steve put his 40 sideways in the ditch and used the V8 power to get out? I think that may have been a first trip for both of us. Gary was great for making the new people feel welcome.

Deny said:
I don’t know, Frank was a lot of work on May long.
Click to expand...


off topic but hows your dad feel about you naming it frank?


Vanny said:
Was that the trip Steve put his 40 sideways in the ditch and used the V8 power to get out? I think that may have been a first trip for both of us. Gary was great for making the new people feel welcome.
Click to expand...


Could be. some of those trips blend together.

He wanted us to get a buddy for our first mini donkey, cause even though he lives with horses my dad said he was lonely. Jokes on him, now we got three and named one after him because of it. He’s fine with it though

Unfortunately I cannot make it to Whipsaw this weekend.
~Bill

Will not be making this either. Have a good one!

We (me and my daughter Petra in the LC, and my brother and his son in his 4Runner) are camping on Kennedy Lake rd, just off Hwy 3 tonight... Copper Crk rec site was full. What time on Sat morning are we meeting at the Whipsaw fsr at Hwy3? See y'all then.
Franz

Anybody got pictures of this run? Not all of us get Facebook...

Yeah Bill, I don't 'get' facbook much either. But yes there are a bunch of trip photos there.

Alright, my version of a trip report might not be so great since I wasnt really in with the CC group for all that much of the trip, but here goes.

Decided that this trip would be a great reason go camping with my dad. my wife encouraged getting the old 40 back on the road this summer as its been sitting outside past 6 years. So with only 2 seats she and the kids couldn't come anyways. So a month ago started getting the 40 road worthy. All that went fine.

So, dad arrived at my place early Friday morning and we hit the road. Made it 15min down the highway and had a tire blow out. Returned home. Slapped on a different yet equally old and dodgy set of tires and tried again. Made good time out to Princeton. Fueled up and went to start up whipsaw road. Didnt want to go all the way to copper creek only to have to backtrack. Made my way by memory and its been over 10yrs since my last whipsaw trip. found the way no issues and set up camp at the meadow with the old cabin barn and corral where the trail starts. Just was getting dinner going and heard someone coming up the road. another 40 series. waved but he carried on. Then just after dinner hear more engines and find out the meadow is a popular camp spot. At first 3 jeeps, then a few more. and a dodge. then a taco. then a seperate group with 4 pickups. quiet meadow was suddenly busy. Ok. Fine. Noise wasn't bad and wasnt going to move on at that point.

So morning came and got an early start first out of camp. drove up slow. took a bunch of photos. Got to Dick's cabin and met Daryl and his bj42 there. Planned to wait there for the coastal cruiser crew. mosquitoes were awful. so after over an hour waiting decided to putter along down the trail. let some other toyotas past. more scenery pics. Daryl caught us up and we drove along together. checked out a side trail and when we joined back up to the trail found we were behind Drew and Franz and his brother in FJC, 60 and 4runner. and they were behind the jeep group. along the way Jeff in his samurai caught up to the bunch as a trailer needed righting and we worked our way down into Wells Lake. Trail seemed a bit rougher than I remembered it from 10+ years ago, but no issues.

At Wells the group we were following started to split up grabbing camp spots so we took a nice spot by the lake. Daryl set up beside us. Walked over to the shelter and met the rest of the crew that was already there set up. Some had driven in by night. Hung out and BSed a long while then headed back to make dinner. Didnt head back to the main party afterward but I hear there were good times and a few beverages hoisted in Gary's honour.

Next morning Daryl mentioned needing to get home for early supper so we decided to pack up and head out as far as Lodestone together. Made slow and steady progress. didn't stop for wheeling pics really. The old memorable spots came and went and a few places I didnt really remember much kept interest up. Got to remember that an old 40 with no power steering and wet non-assisted drum brakes can be work on the trail at times.

All was well until most of the way to Lodestone. there was a spot that the trail was eroded out in a way I wasnt seeing a good line. Decided to opt for the bypass but my s***ty old worn tires just didnt want to grip over the muddy roots so a quick pull of the winch sorted it out. By the time I was out of the way Jeff, Brian, John and Ruwi were behind us. Daryl gave it a go up the original track. Momentarily the 42 was laid on its side against the bank. All weight shifted to the back left and as the truck lurched forward and we heard a bang as he popped over the bank back on all fours. Sure enough main and second leafs were broken in the back. Had help as others stopped and a temporary fix was put in place.

Continued on and at this point the trail was easy anyways. I was in the back and was hearing a new clunk from the front of my truck. Kept stopping to try to diagnose. Franz waited a few times and gave a hand to spot the issue. Found later in camp it was just the pin for the shock mount on the axle the nut had loosened, so no worries. Half the crew left Lodestone to head home. Some had already exited early on a new logging road that cuts the track some ways back. We sat around the fire until fairly late with the remaining group.

Headed out first in the morning. Again going by memory the only thing that messed me up for a few minutes was the section of haul road down to the mine had changed to counting up on the distance markers, since they haul loaded up over the hill these days. Aired up at coalmont and started the uneventful drive east for home.

So there you go.

Thanks again to Brian for getting this trip to happen. 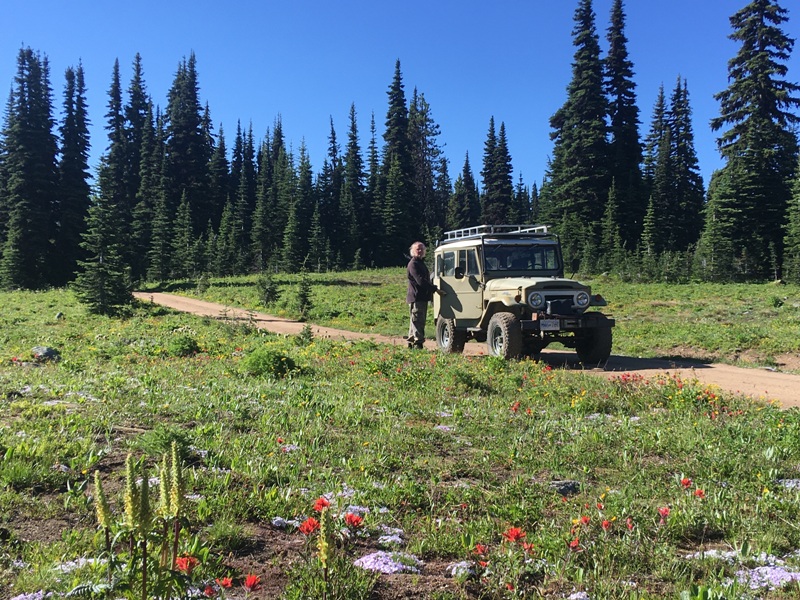 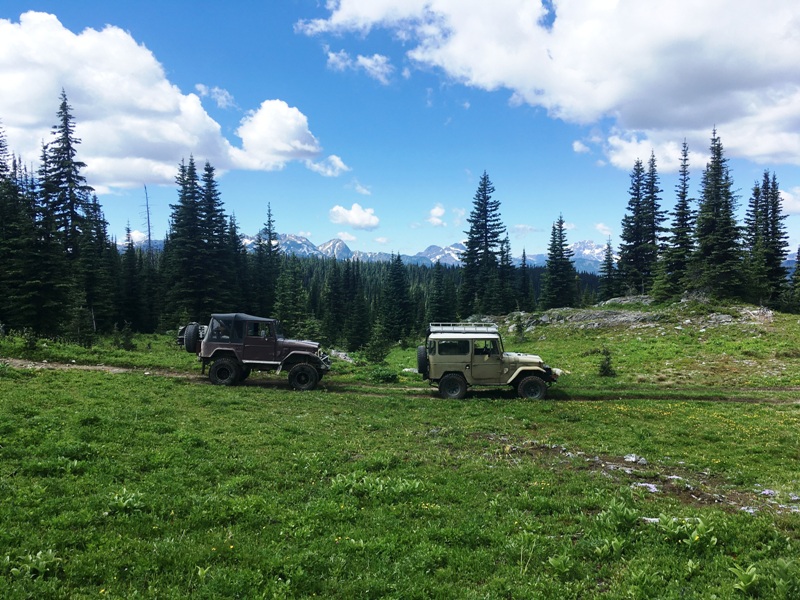 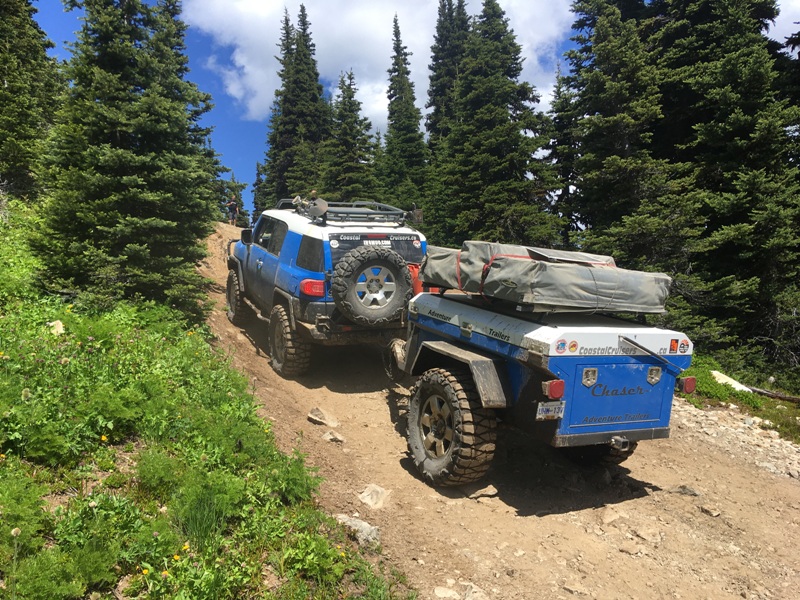 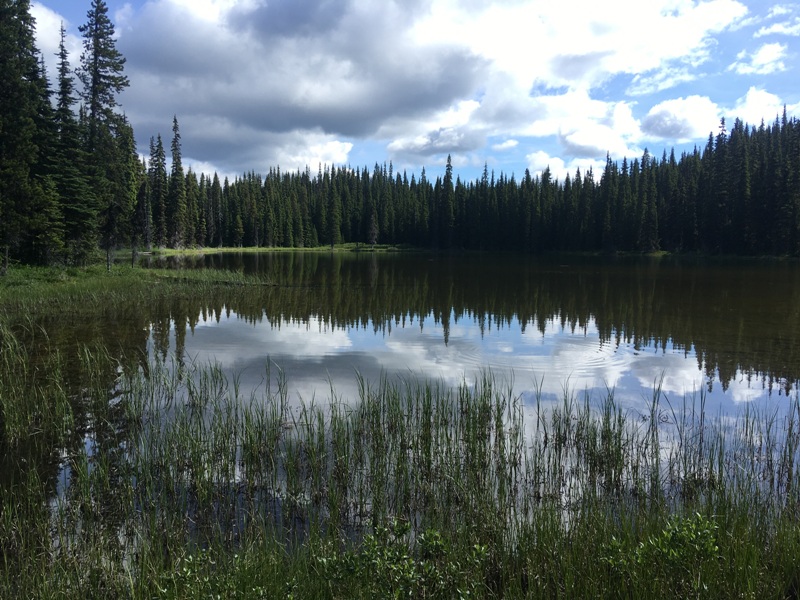 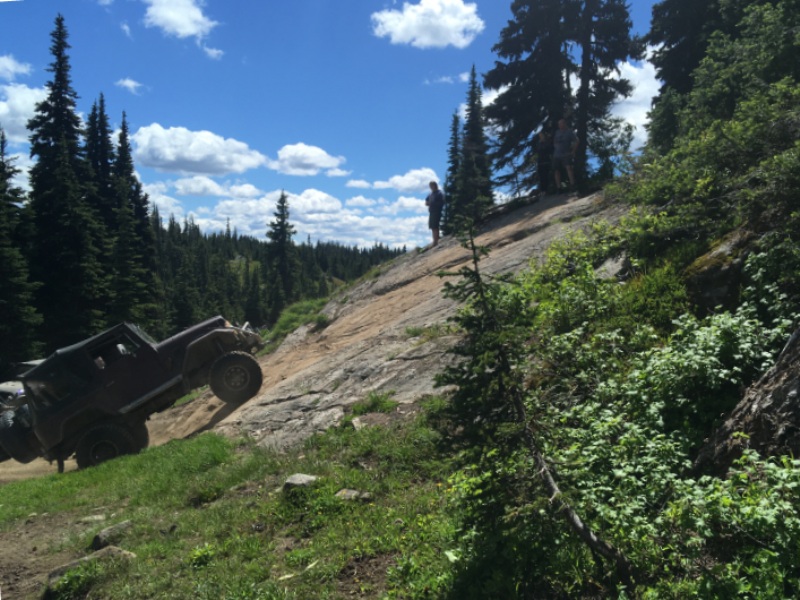 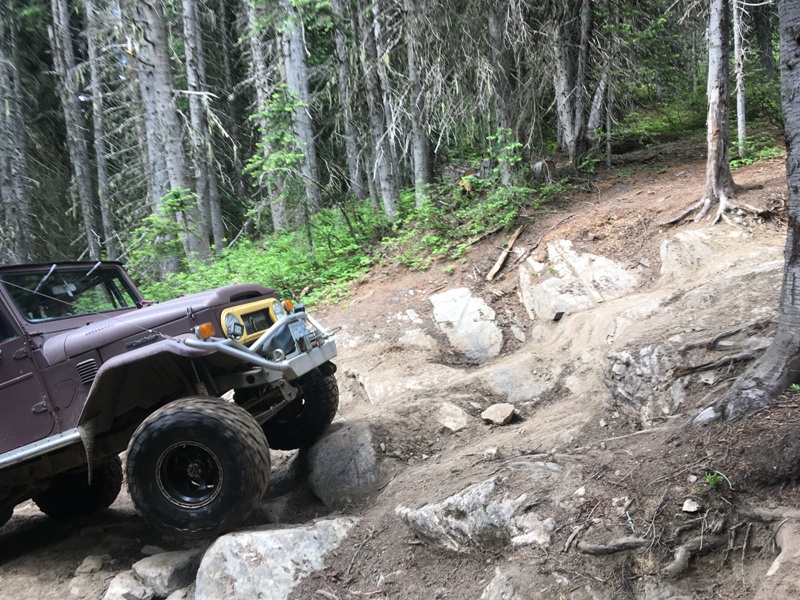 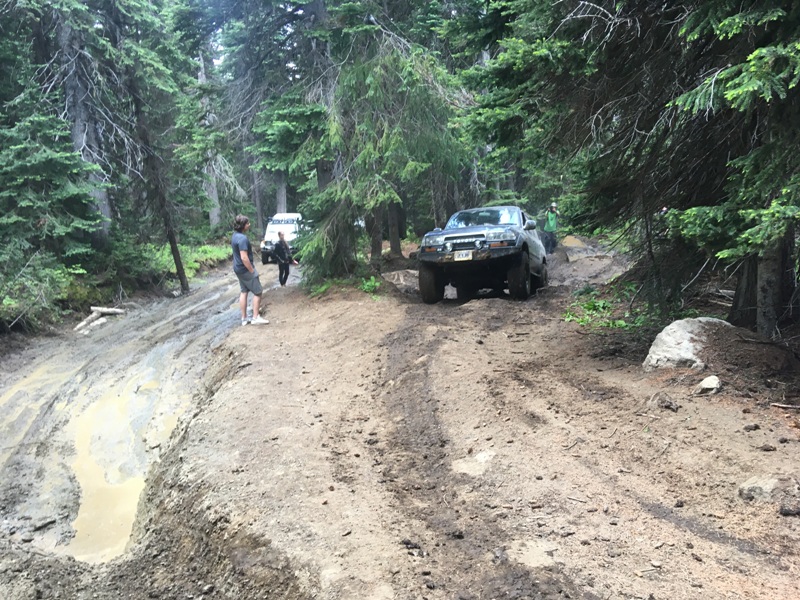 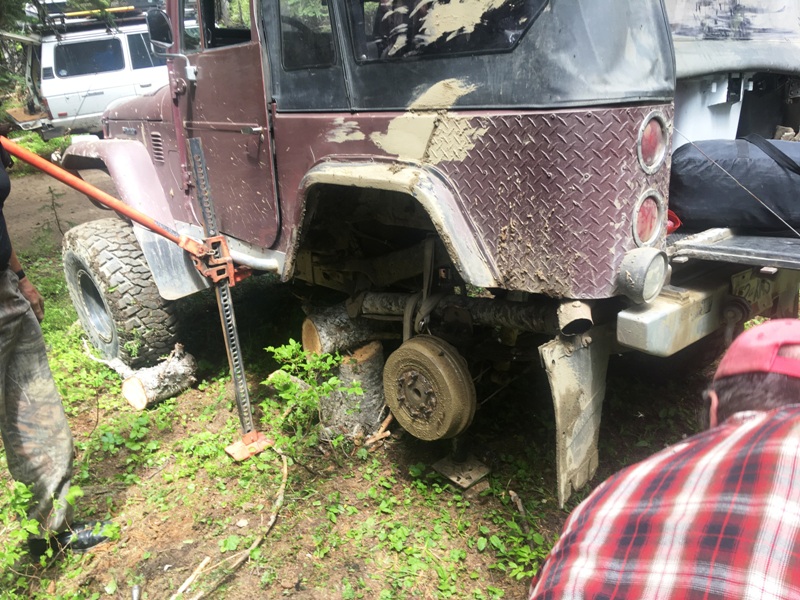 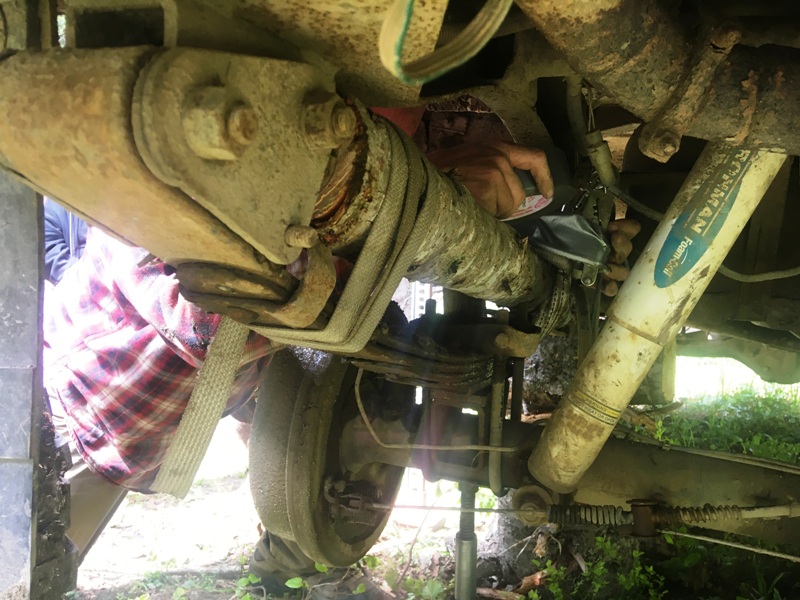 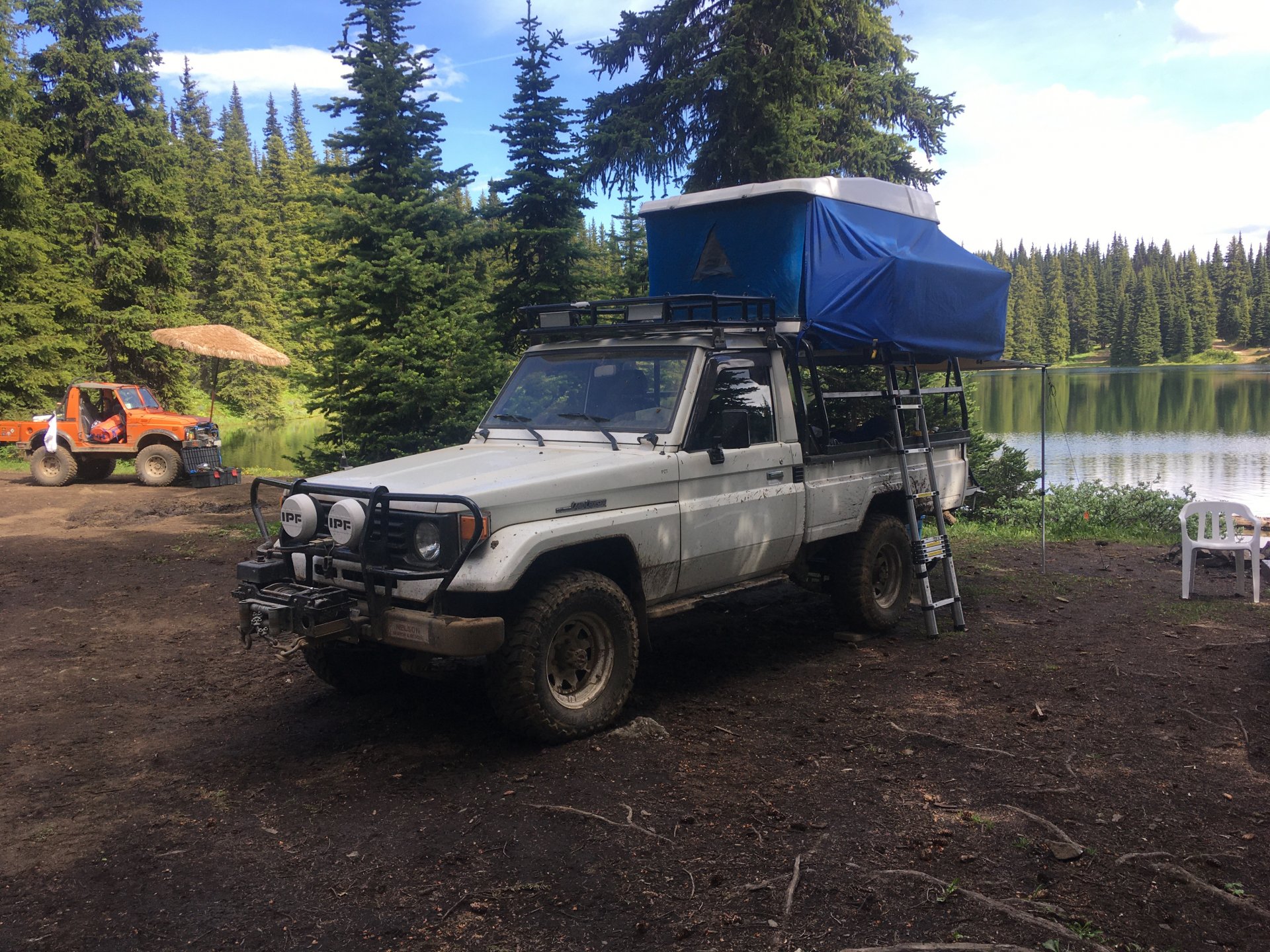 
Ok forgot to add, Jordy Telford was at Wells Lake Saturday night on his dirt bike. Would have been even better if he could have taken one of Gary's cruisers on the trip, but I get why that may not be

Well I didn't take a lot of pictures but the trail has defenetly gotten more difficult since the last time I did it about 5 years ago. Almost forgot the Mosquitoes horrible. 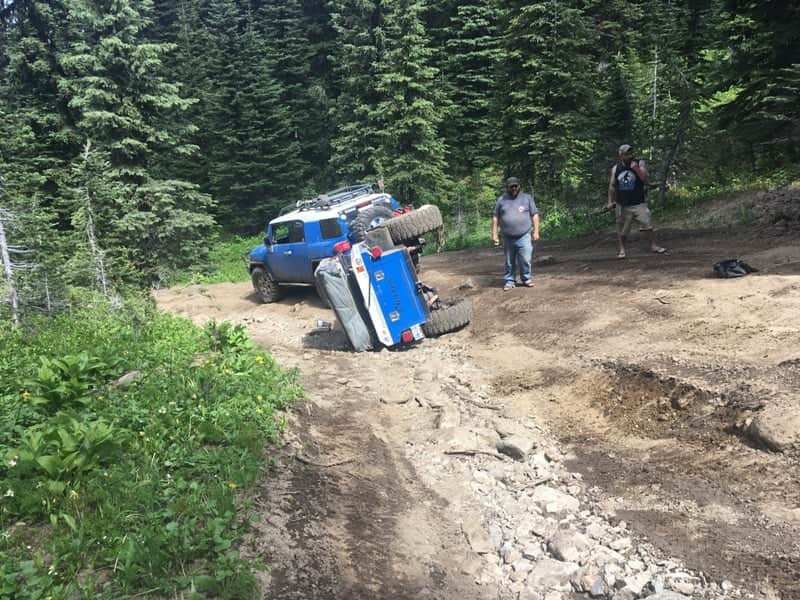