Trying to figure out which OEM calipers I need. I searched the forum and just got more confused. Hoping someone who 'knows' can answer definitively.

Searching this forum it seems that they are interchangeable, or one superseded the other, or just come from different manufacturers.

Can anyone confirm???? Thank you.

Thank you for the reply, but that doesn't clear up my confusion.

That is the confusion.

Thank you. Do you know the difference between the two? Year?
K

47730-60061 and 47750-60061 are AFAIK technically for the ~95+ to 97 models, but they are the exact same part, same design, same dimensions, and same markings on the caliper (casting) as the earlier part number. When the same topic was discussed many years ago it was speculated that there could have been a change in manufacturer which would cause the part number to change even with the part not changing, IIRC.

Back when I needed front brake calipers Toyota did not offer reman's for the 95+-97 models, but they did for the earlier models FZJ80, so I ordered the remans for a 94 model and they were identical to the original front calipers on my 96 model FZJ80. That was 10 years ago, still working very well.

Below is a photo of the casting number on an original front brake
caliper off a early 96 model (Sept 95) FZJ80. Can't find the side-by-side
photo I took with the 1994 part number Toyota Remain next to it, but they were identical. 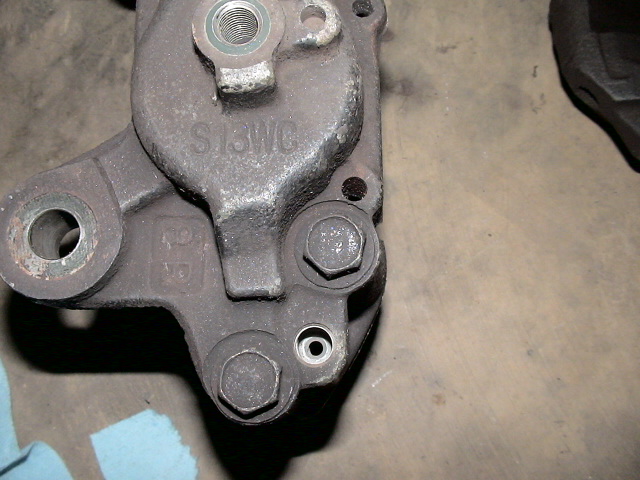 Thank you for the clarification.
You must log in or register to reply here.