I bought my ’89 FJ62 almost 4 years ago. Found it on Craigslist locally and watched it for a few weeks as the price fell, assuming that somebody would grab it. Fortunately it was still available when I finally contacted the seller.


It had already been lifted and it had 33x12.50 Yokohama Geolanders on some 15x10.5” steel wheels. The tires were so wide, the outer edge of the driver side front tire rubbed the outer front driver fender well when flexed up while turning. The rolling resistance of these, I believe, led to the failure of the a440f transmission.


It gave some warning signs, so I actually did the “Party Trick” and was preparing to do the Rodney Flush and add an external cooler when it finally failed. I don’t think the Party Trick really hurt it, it was probably already too far gone.


After spending a lot of time considering all of my options, I eventually decided to go with an LS swap.


Before, I go any further, I need to make sure everyone knows that I’m not a mechanic and I don’t have much experience working on cars/trucks. In fact, one of the reasons I bought it was to learn how to work on them.


Fortunately, I have some good friends (one in particular) who have helped me learn along the way. YouTube is also a good resource, but MUD and the people on it have been especially helpful. 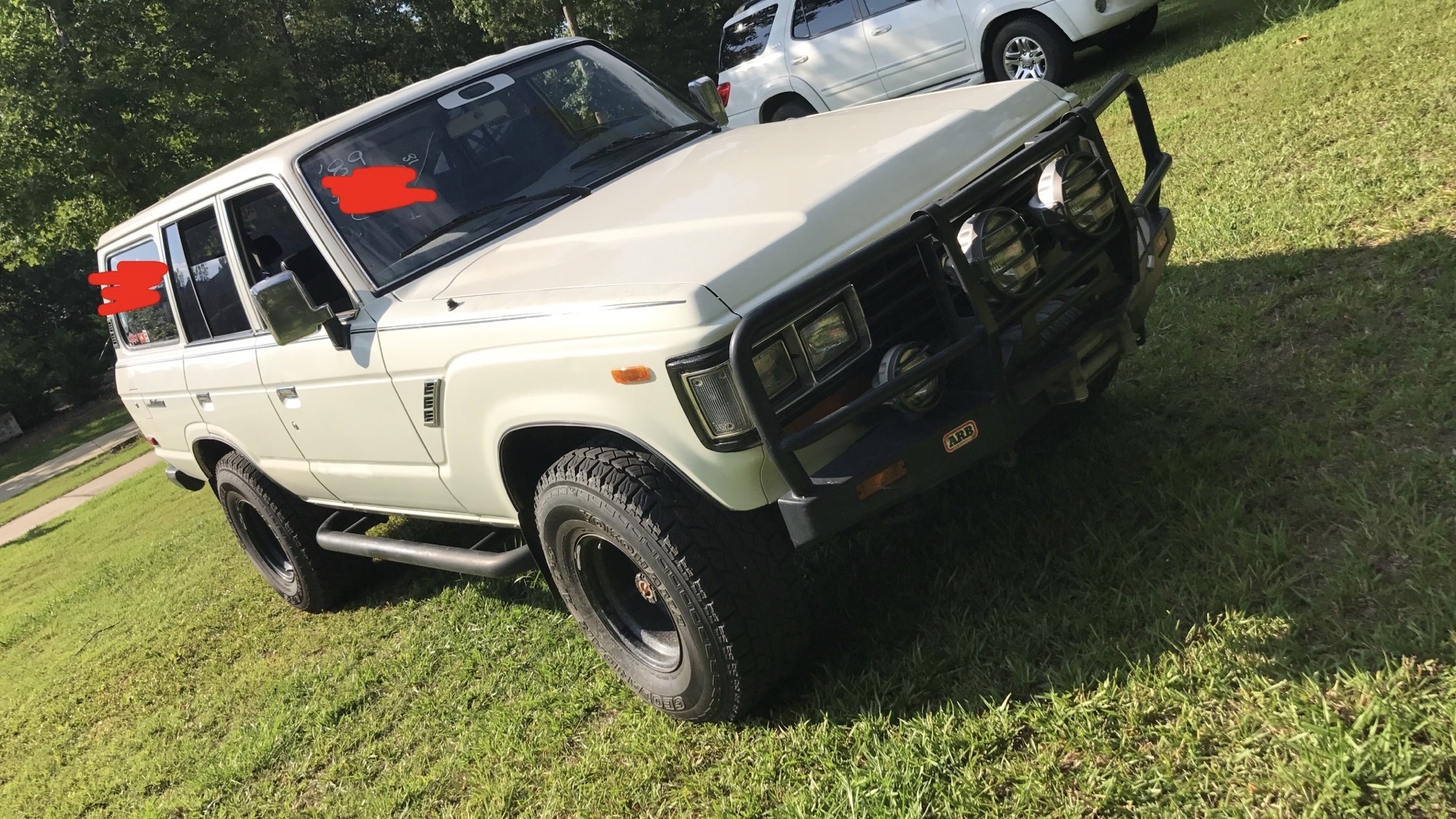 That was how it looked when I bought it

I also have some friends who have a lot of experience with LS conversions. They are based in Priceville, AL. They do a lot of hot rod stuff and go by Clark Racing.


Most of what they have done has been domestic stuff and had never done a swap on a Land Cruiser.


I tried as best I could to have as many things on the Toyota side figured out on the front end.


I owe a LOT of thanks to @cruisermatt, @FJ60Cam, and @Elbert for their advice and assistance and of course the information here on MUD.

A lot of what I will be posting has already been done, but we are still in process...

The donor for my swap was a 2006 Suburban with 138k miles. It had a 5.3 Vortec (Gen3) and 4L60E transmission. I found it locally at a salvage yard. $2200 included the engine, transmission, accessory drive (with AC compressor, alternator, and PS pump), ECM/wiring harness, and pedal with TAC module/wiring harness. 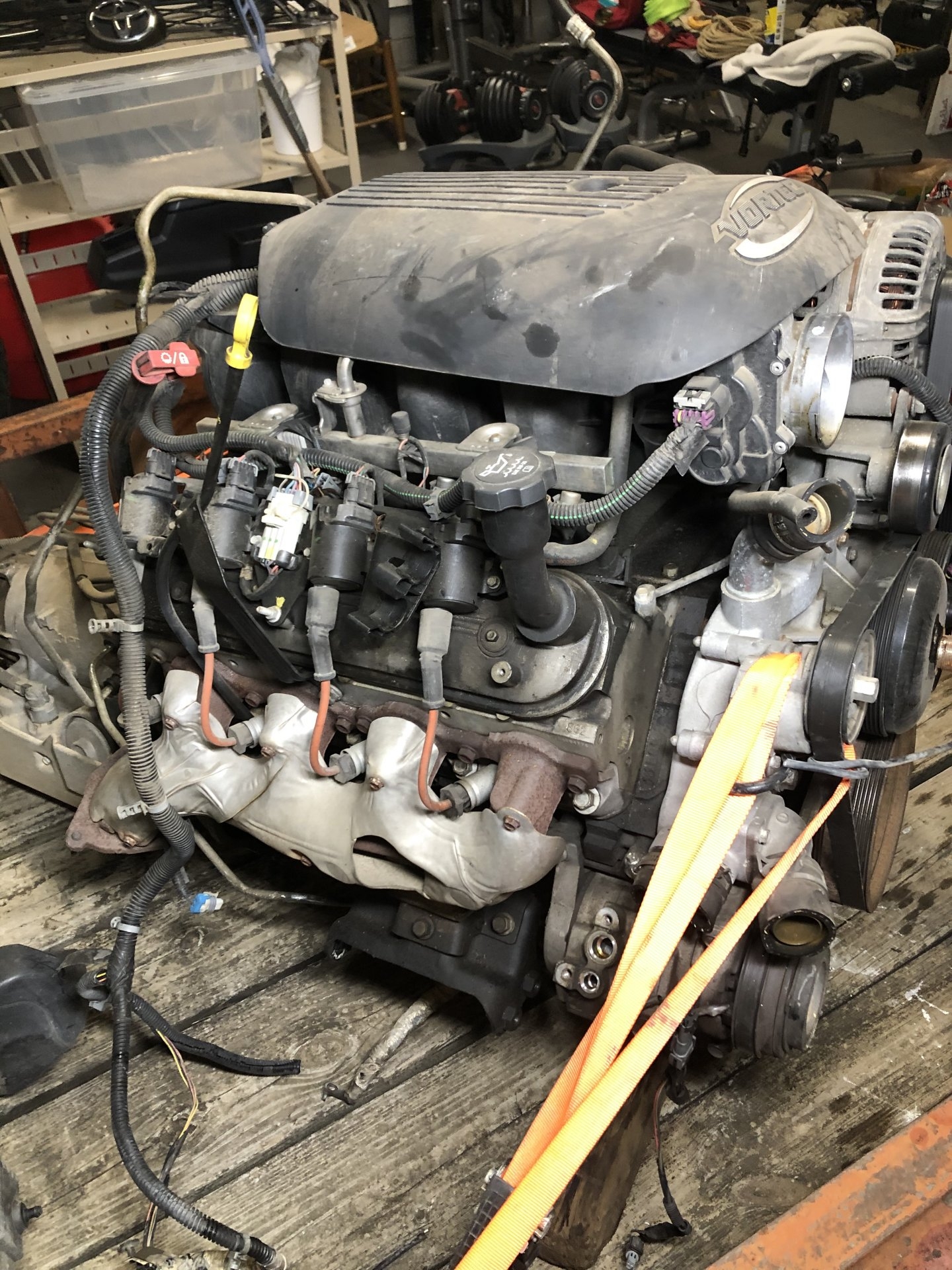 I had a local guy who does some mechanic work for my brother steam clean it. He actually got his son to do it who did a good job. When I asked the son how much I owed him, he said "nothing." He really wasn't going to charge me a thing. Said it wasn't hard and didn't take him long. I gave him $20 anyway and he seemed very appreciative.

Sometimes it's just better that way I think.

I bought some black ceramic coated exhaust manifolds from Super Shops out of Bowling Green, KY so they'd clear the frame rail. After changing the valve cover gaskets and installing the manifolds and new spark plugs, it looked pretty good. 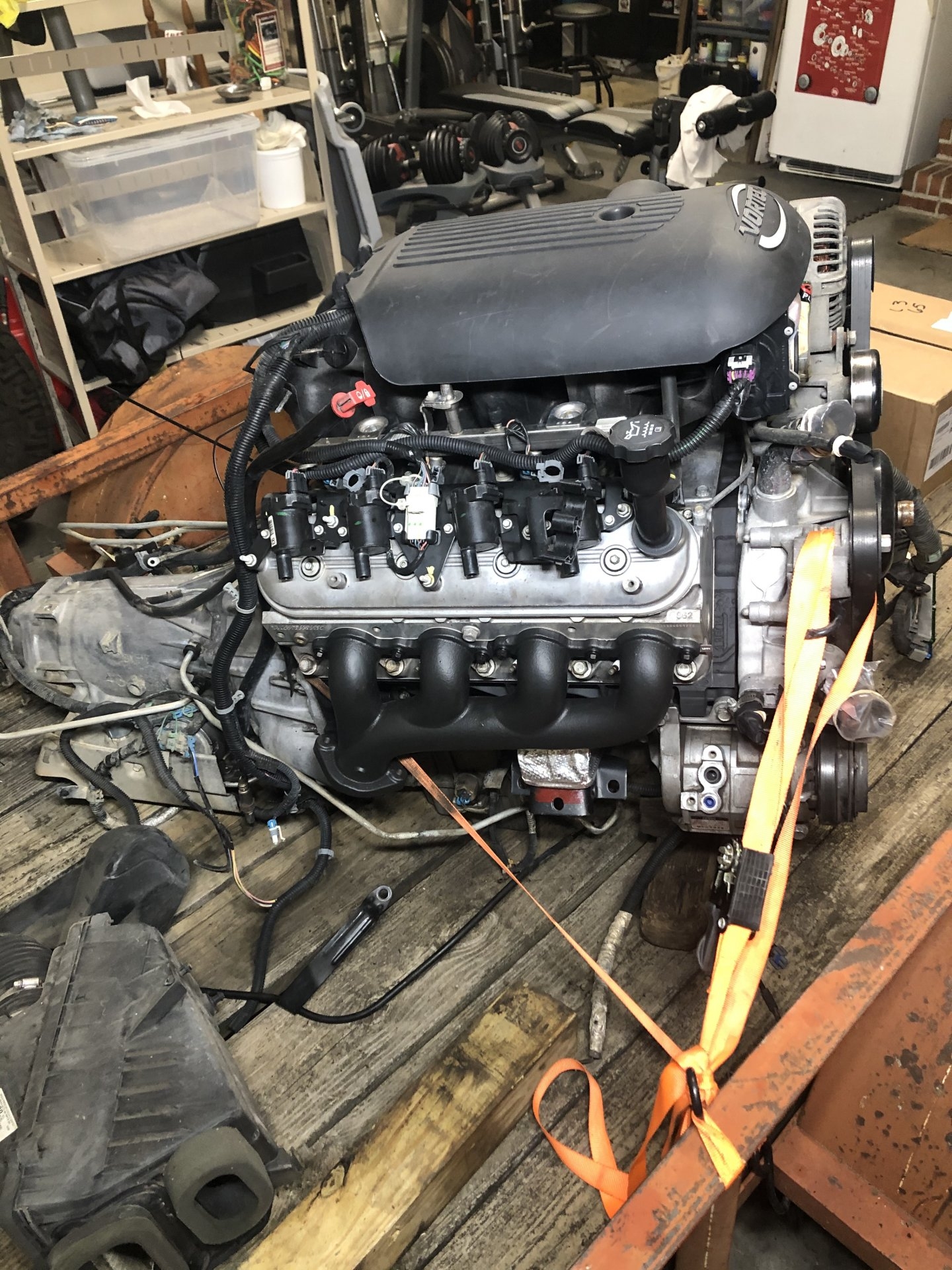 holler if you need it

Thanks!
I'm pretty slow about everything. Especially stuff like this.
O

Slow is fine, it will save you money and be better when your done

Based on what I read here on other threads involving LS swaps, I bought the H3 oil pan kit from GM (pan, dipstick, windage tray) to help with front diff clearance.
GM part #19212593 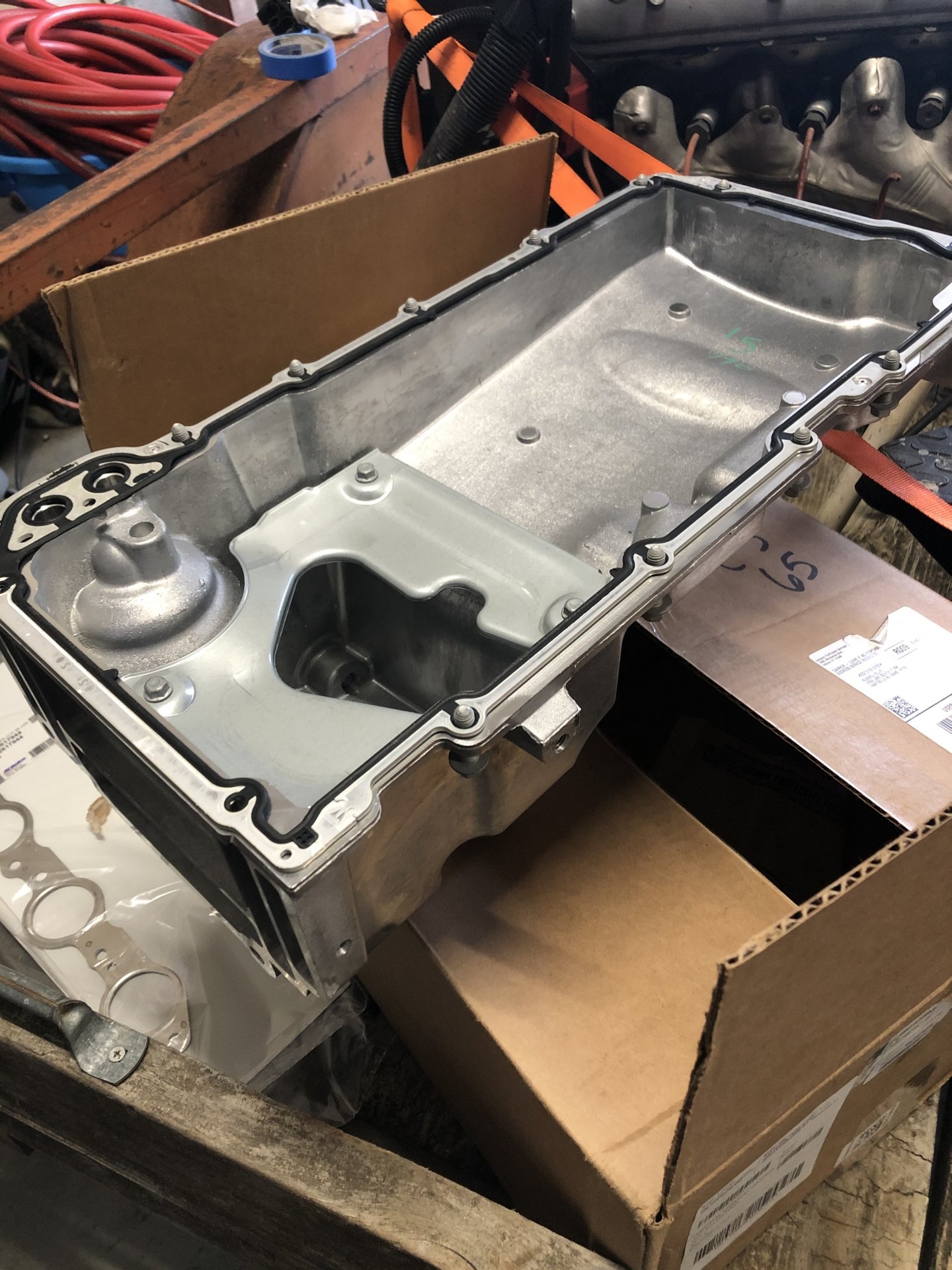 I also bought the transmission to t-case adapter made by Advance Adapters from Mosley Motors (@FJ60Cam). His build thread from a few years ago was very helpful. 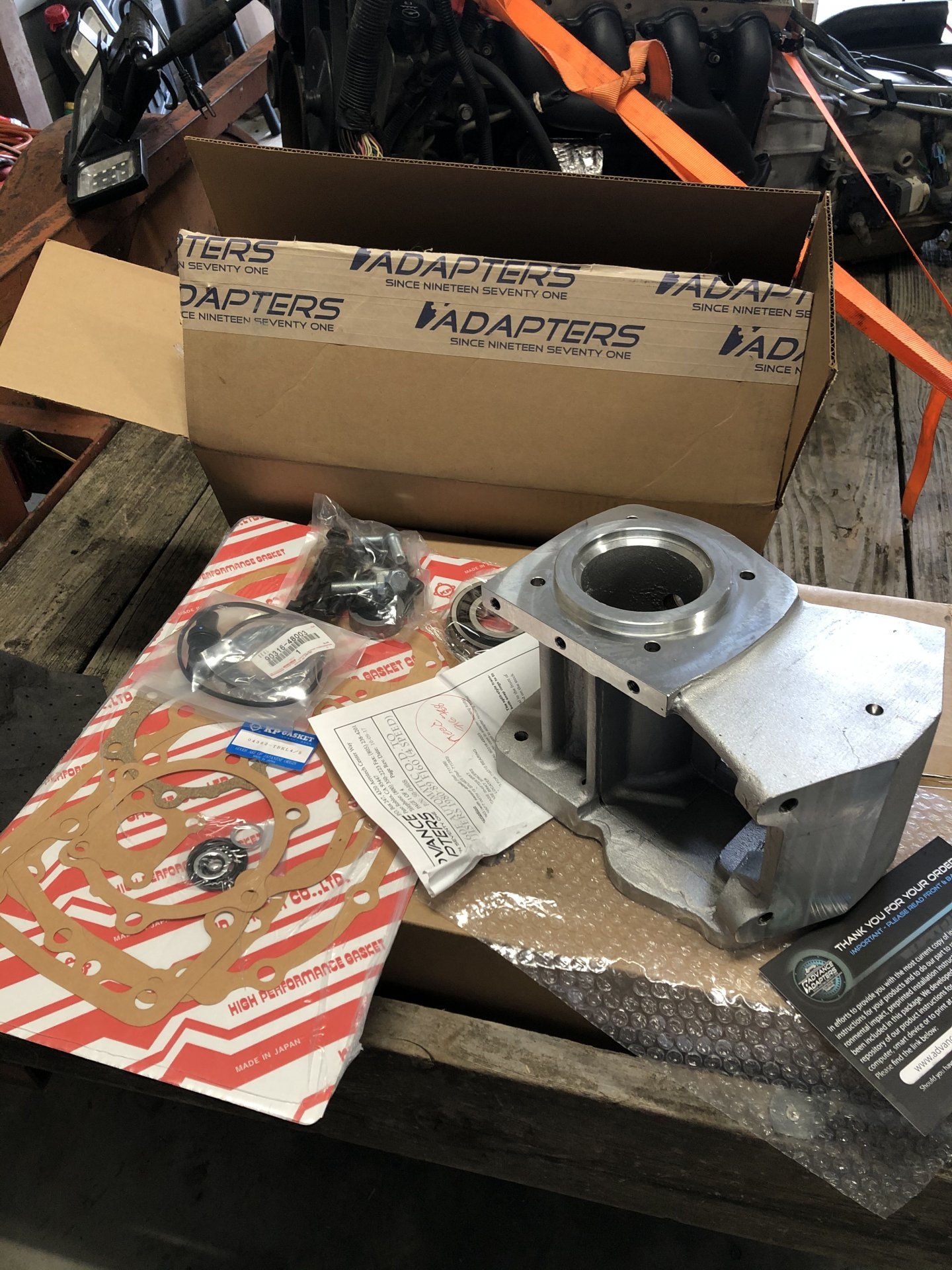 AA mistakenly shipped the adapter for the manual transmission ( 50-0408 instead of the 50-0408A) but Cam got it straightened out and I got the needed 6 bolt to 4 bolt adapter within a couple of days.

I generally have tried to make things as simple as I could. I knew there’d be a need to ditch the old Toyota frame mounts for the engine and new ones installed. After reading several threads, it sounded like the stuff TLC4X4 uses was ideal. Fortunately when I contacted them last fall they did have a set of engine mounts and a rear crossmember they let me buy.

The AA adapter and the TLC4X4 rear crossmember are both designed to use the FJ60 OEM isolators. The FJ62 isolators are slightly smaller so they’re not useful. Mine were 30+ years old anyway so I ordered the FJ60 isolator. Toyota part #12371-61031.

It fit the predrilled holes in the crossmember perfectly. 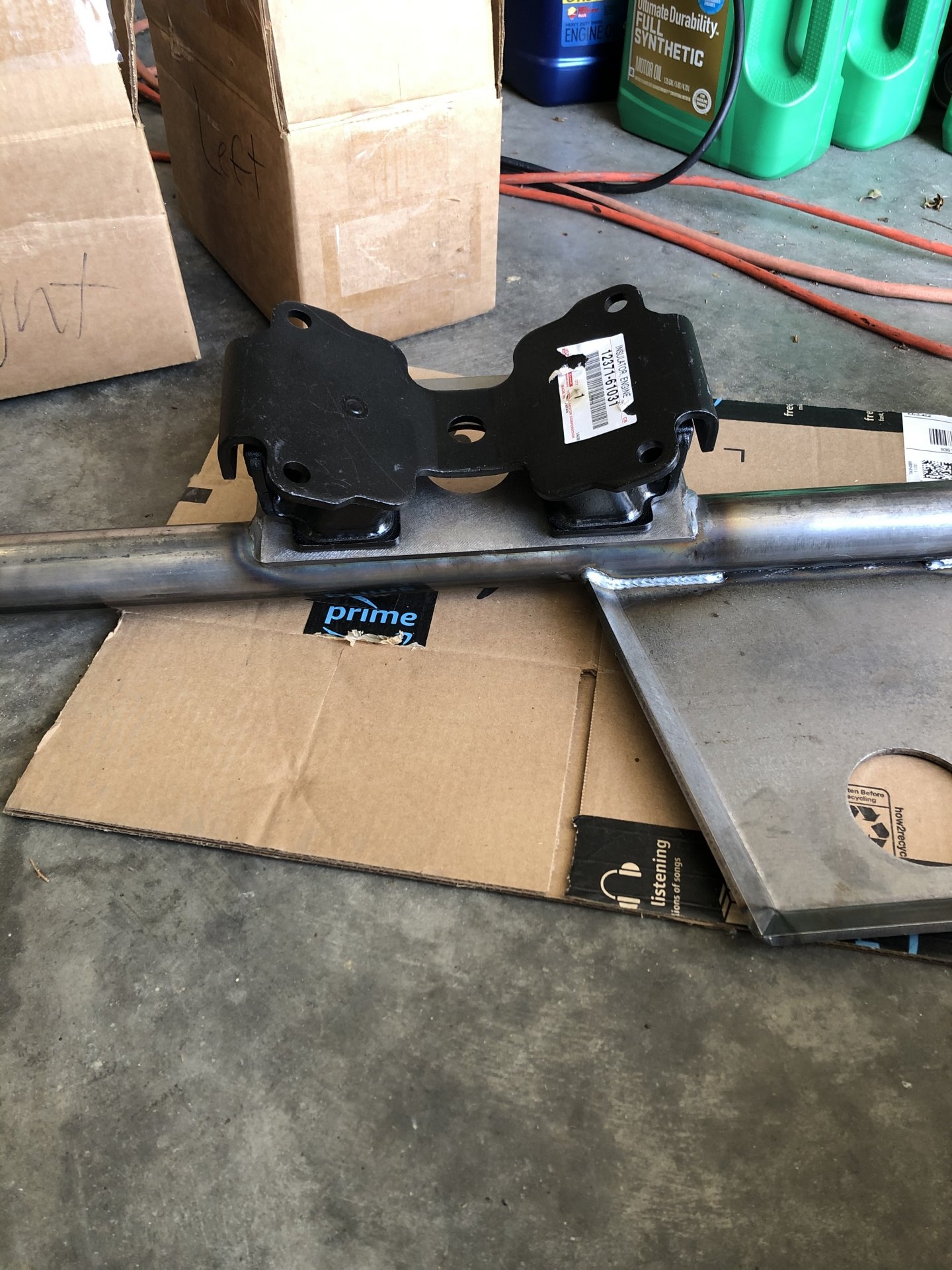 Here’s another picture with the AA adapter included 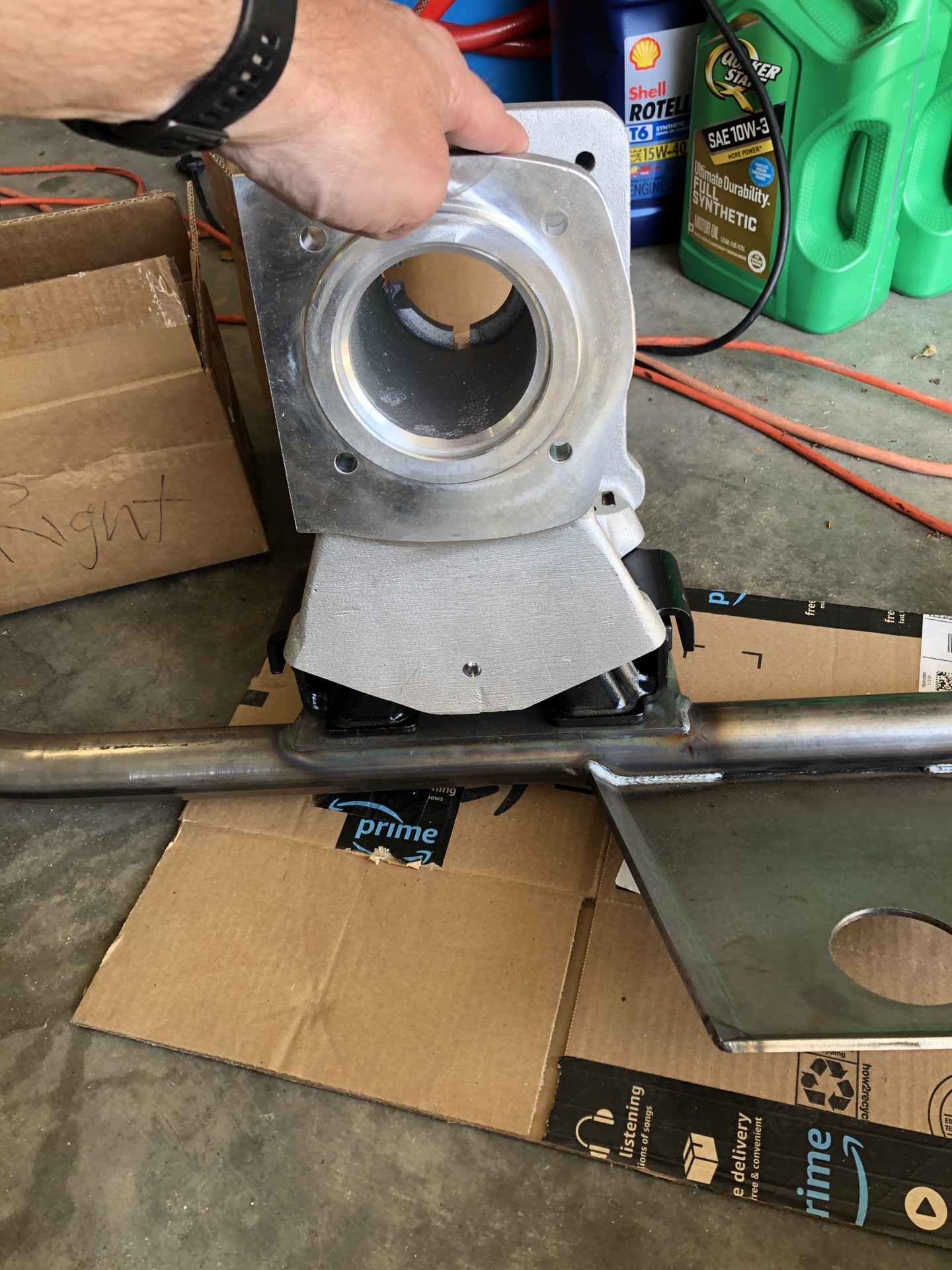 I guess I should’ve expected it to all work out that way, but I’d be lying if I said I didn’t do a little happy dance after seeing all the holes match up like they did.

Rather than remove the entire engine/transmission/transfer case from the top, we decided to drop the transmission/t-case. 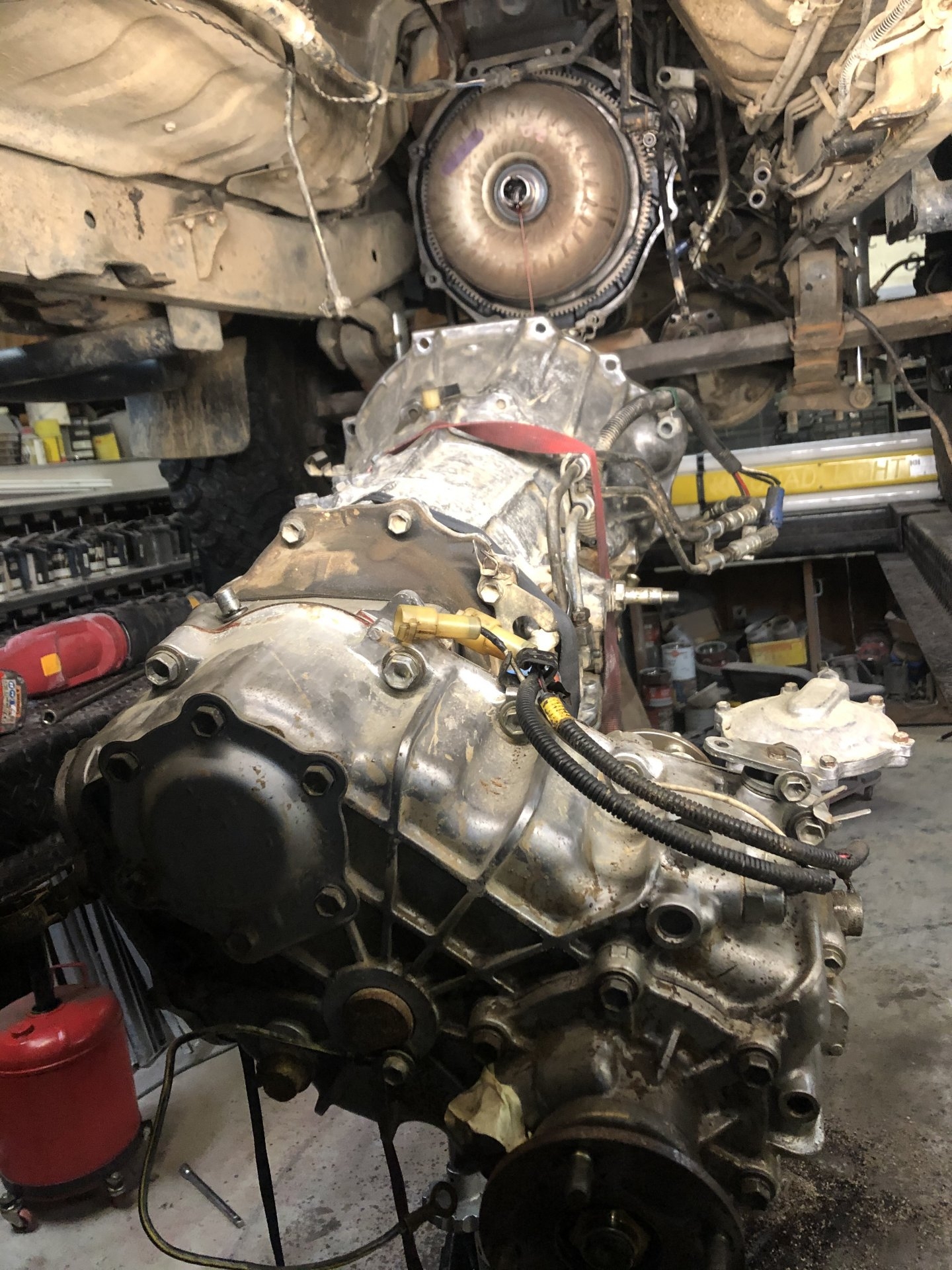 Ouch, that poor converter. In the future you should never remove an auto while leaving the converter attached to the engine, that’s the easiest way to roach it.
You must log in or register to reply here.