I’ve owned a LOT of cars and trucks over the years (somewhere around 40), starting with a Triumph Spitfire in college, and then through a series of trucks, SUVs, and European sports cars and wagons. Been a while since I have owned a vintage machine- buddy of mine got a built up 80, which inspired me to look for a 60. I bought Feleena (named after the old Marty Robbins tune) out of Austin and had her brought to far West Texas about a month ago.

PO redid the interior, with new seat and door covers, carpet, and sound deadening. Added 4 Plus bumpers, Smittybilt winch, ARB rack and snorkel, HFS lift and 33 BFG. Paint is a 6’ good respray, very little rust anywhere, other than surface. She spent 14 years sitting in a garage in Austin, then another 2 years in POs garage being worked on. 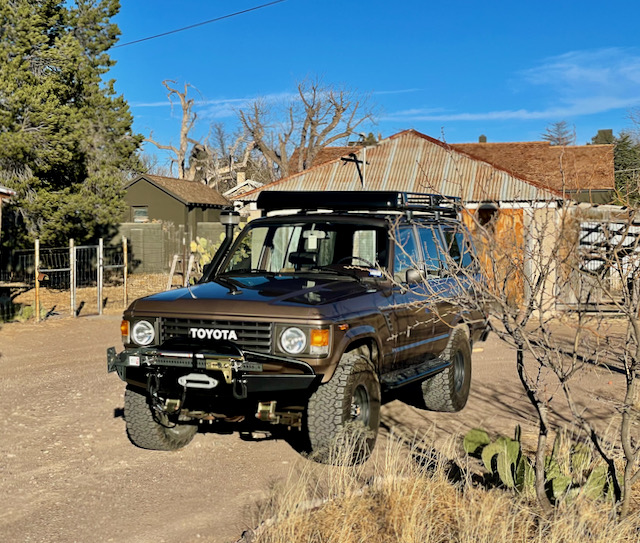 Desmogged with a Weber 38. 180k miles, and very little had been done on her mechanically. Engine is strong, but the list of to dos is pretty long. Thus far I have:
My goal is to get her to the point she is reliable for driving around the Big Bend region and beyond for overlanding and exploring. No serious crawling planned, but plenty of time off the pavement. To that end, in the immediate repair queue:
Longer term, I’ll do a knuckle rebuild, rebuild transfer case and swap transmission for an H55. Possibly swap the dizzy. Thinking about swapping ARB rack for one from Bowfin. Planning on pictures and documentation in this thread in hopes it helps others. And to get the inevitably needed advice on something when I get stuck. Stuck like my distributor…

Pictures of the interior- not stock, but I like the way it looks. Replacing 10" subwoofer box in cargo area (and amp under back seat) with a small, powered sub under driver's seat. 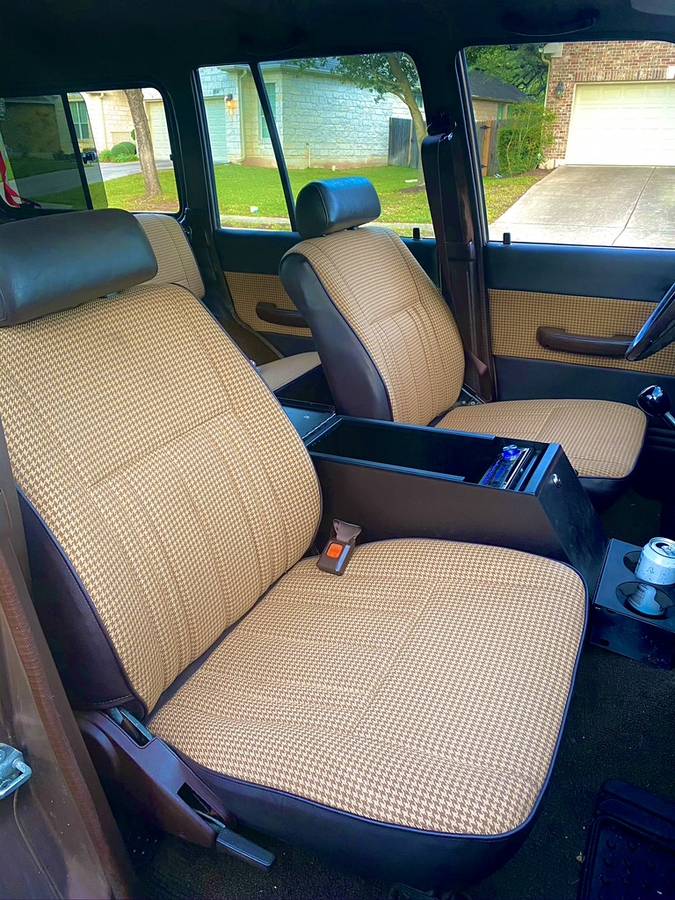 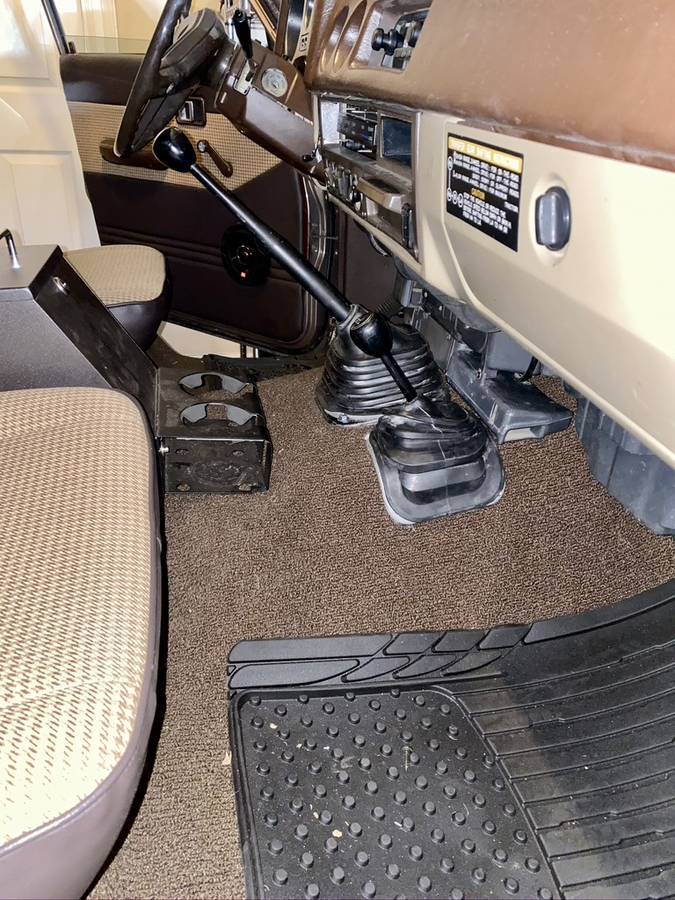 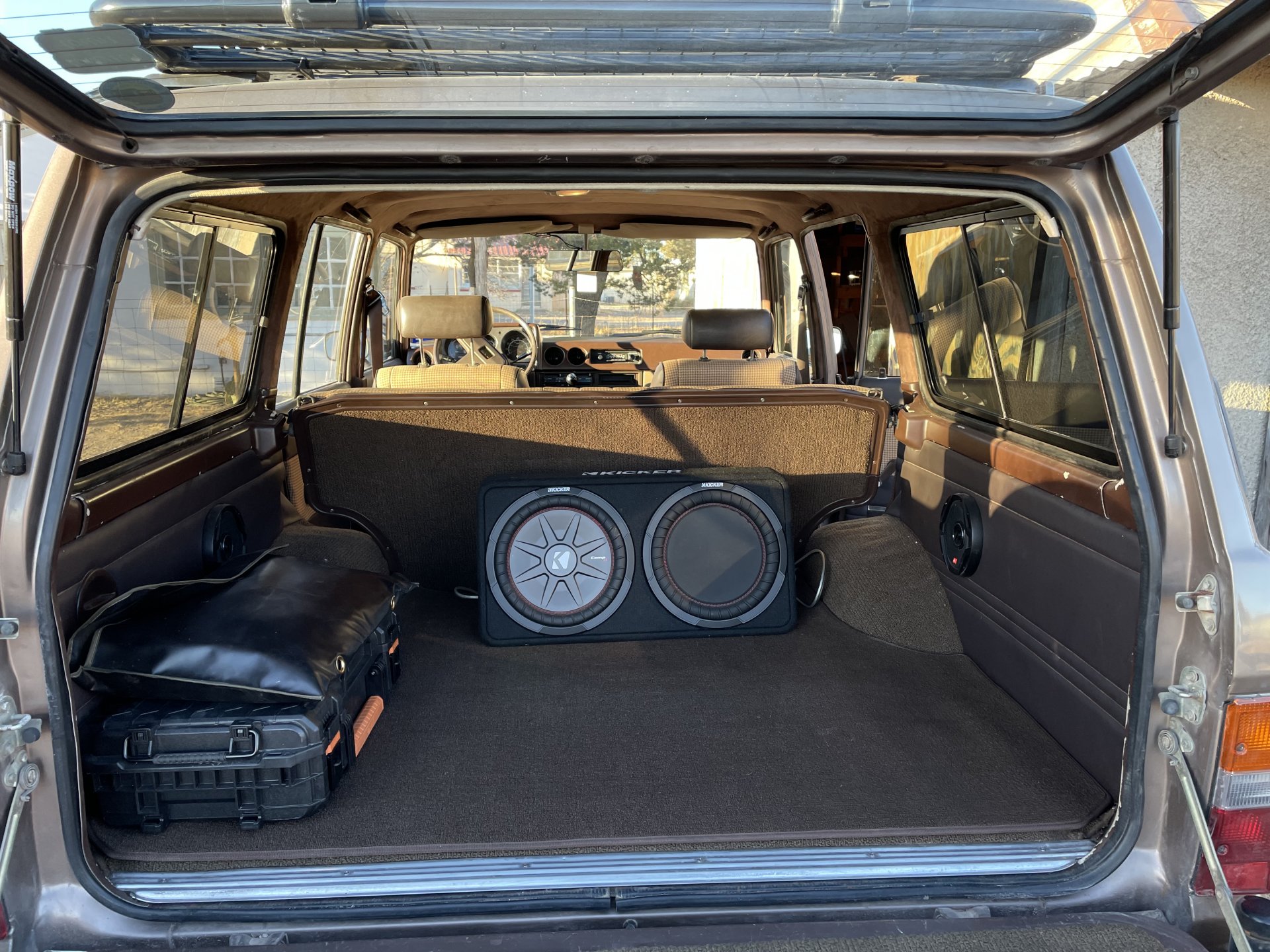 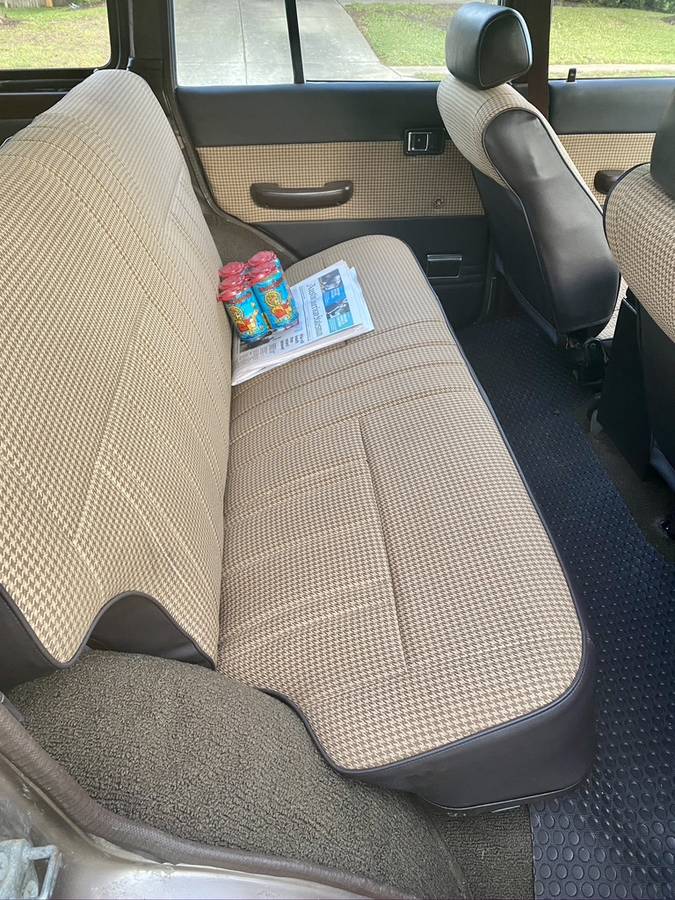 I like original upholstery, but really like when someone ditches it for something different and cool and compliments the vintage of the vehicle. I like that.

It feels super 80s for sure. Not over the top, just kinda awesome. 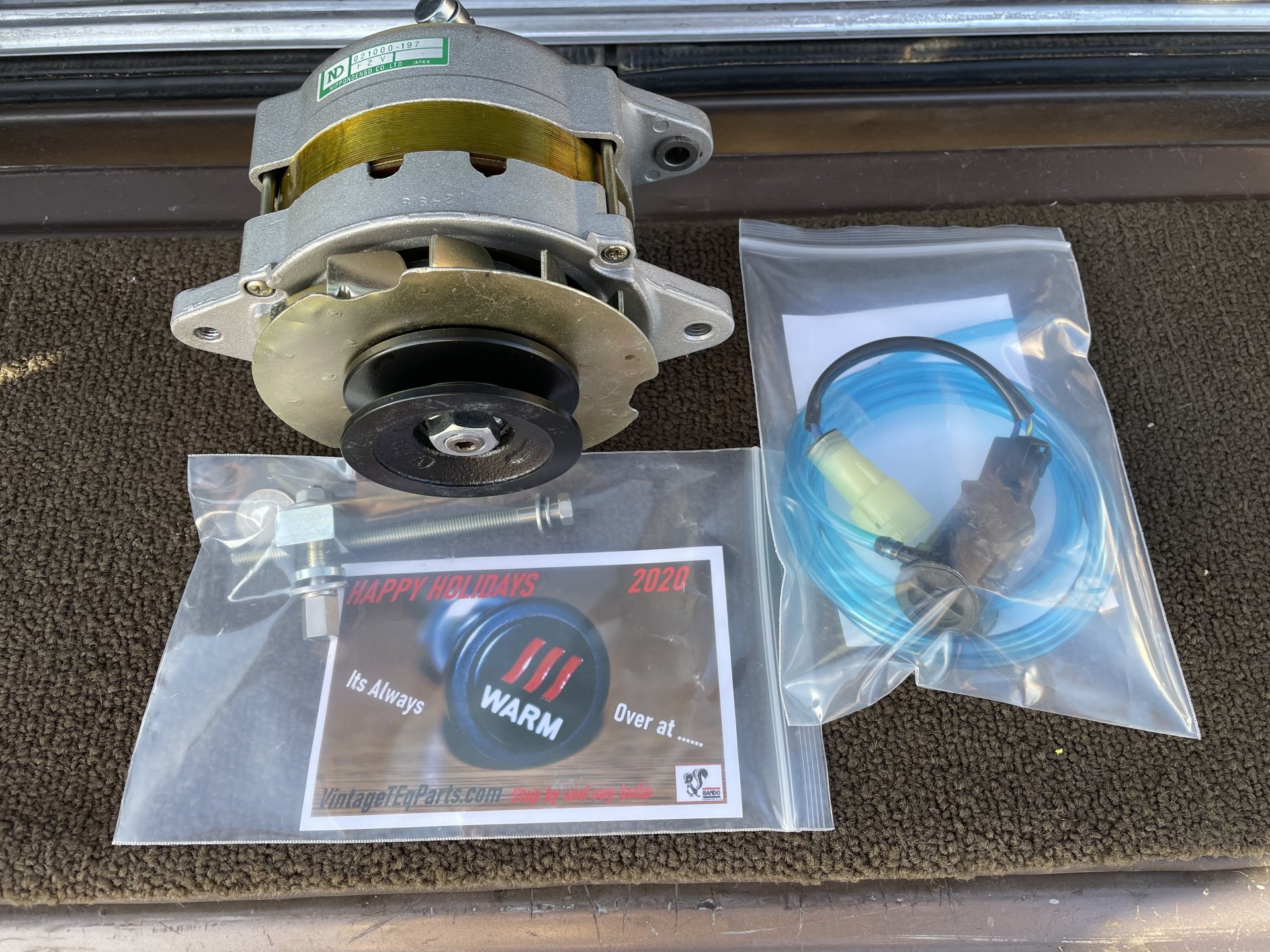 Out with non-standard, flaky alternator. 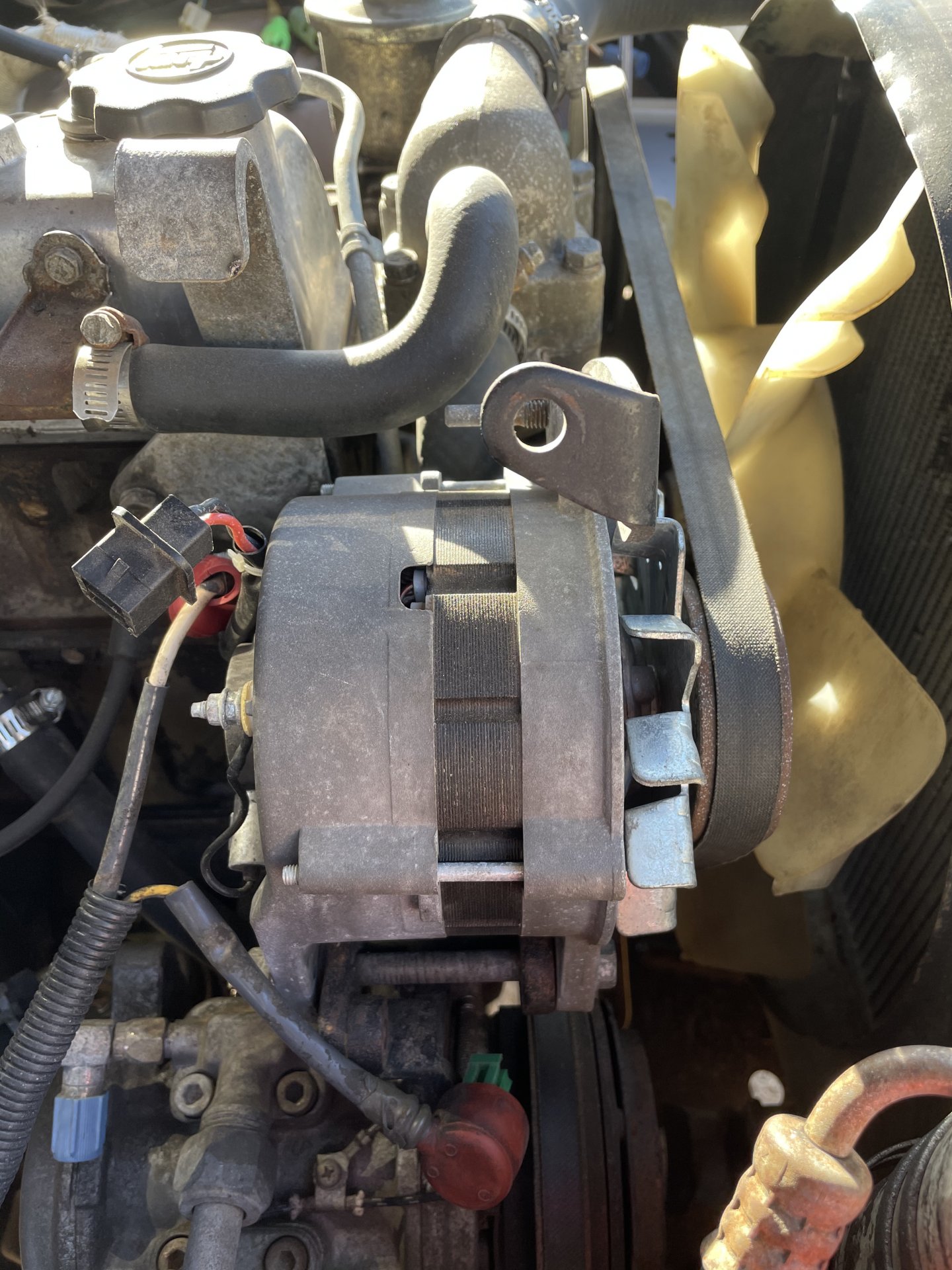 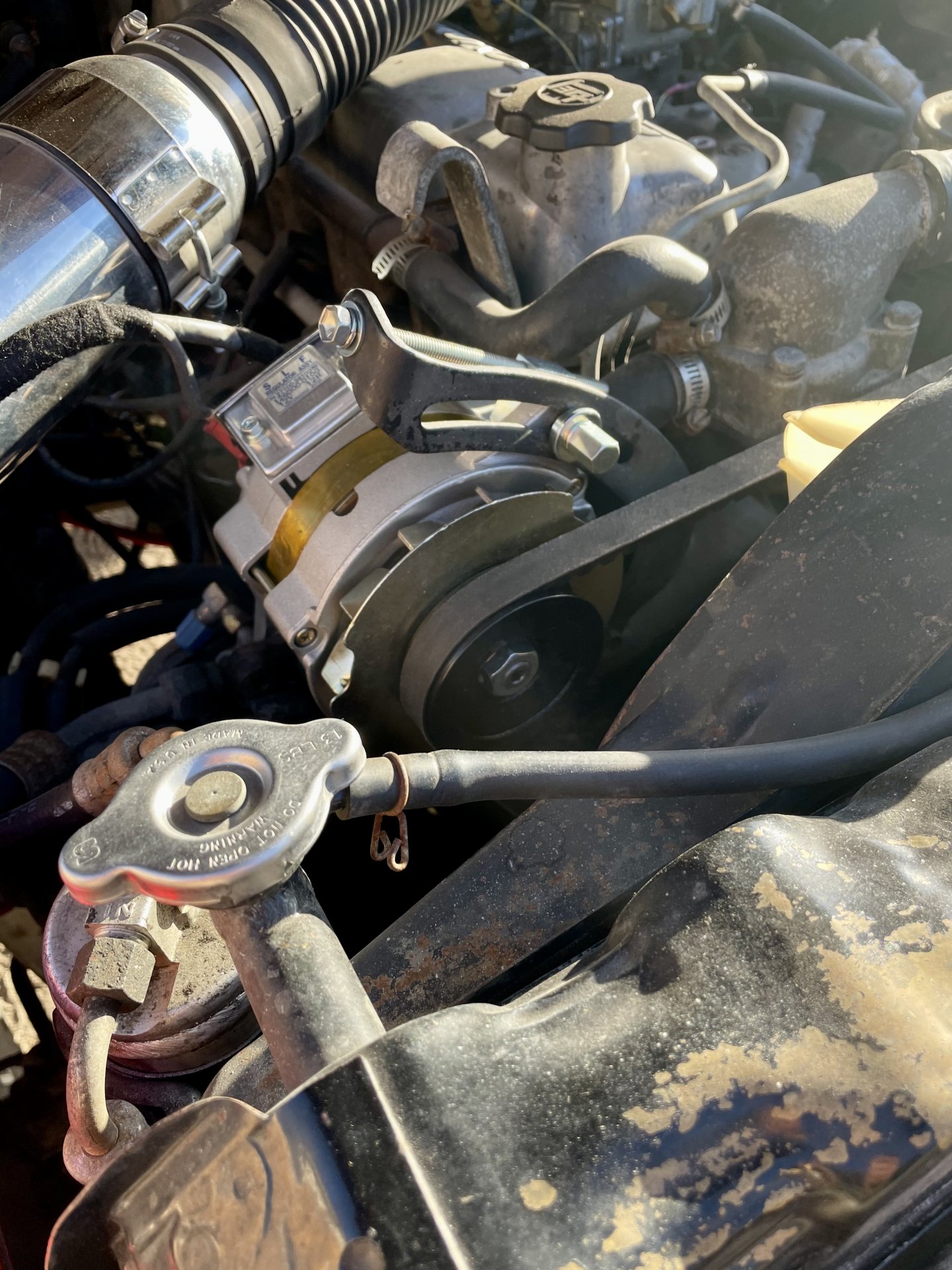 Cool truck man! Has those neat sliding rear windows too.


Out with non-standard, flaky alternator.

those images i rarely get to see , thanks for taking the time truly , im humbled by your remarks 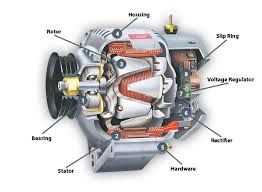 
Out with non-standard, flaky alternator.

i need feedback on the redesigned and tweaked Tension KIT # 2

thanks for asking me to take part in your preservation in such a special way the photos blow me away ............

ToyotaMatt said:
i need feedback on the redesigned and tweaked Tension KIT # 2

The Tension Kit #2 works really well. I especially like that it has the outside nut to secure the adjuster block to the lock bolt. No losing the damn block!

Super pleased with everything else; great to have reliable charging and a clean windshield.

Have a water pump and LED lights inbound as well. Really excited about the lights- I'll post up before and after pics.

Got a few more things done over last few days: rebuilt/resealed power steering pump (damn there are a lot of springs in there), replaced taillight gaskets with reproductions from City Racer, replaced smog pump with TLC idler arm, and adjusted clutch.

Rejetted Weber 38 for altitude- probably the best thing I have done thus far. Have a bit more tweaking to do, but runs a ton better. Really hoping it helps with the whopping 6.25 mph I am getting. Now I just gotta beat the dizzy out of it's mount so I can adjust the timing.

Immediately on deck is tie rod replacement and cutting the hook off the Smittybilt winch lead and replacing with a Factor 55 link.

Scored a 3.70 3rd member off an '86 that is headed to Land Cruiser Specialists for a rebuild. I'll swap it in, have that third member rebuilt, and swap that for the front when I redo the drooling knuckles. 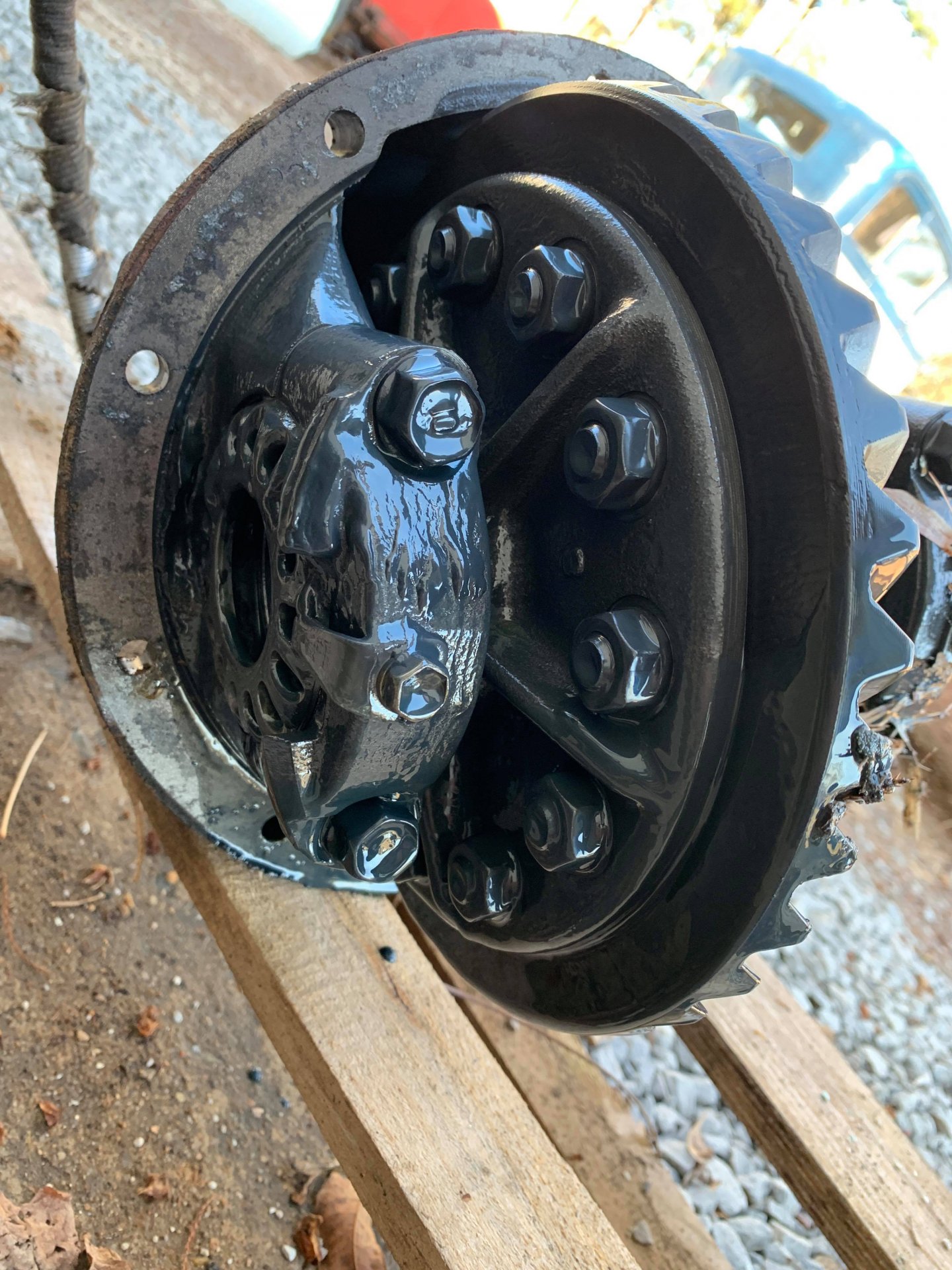 Tools of the day: 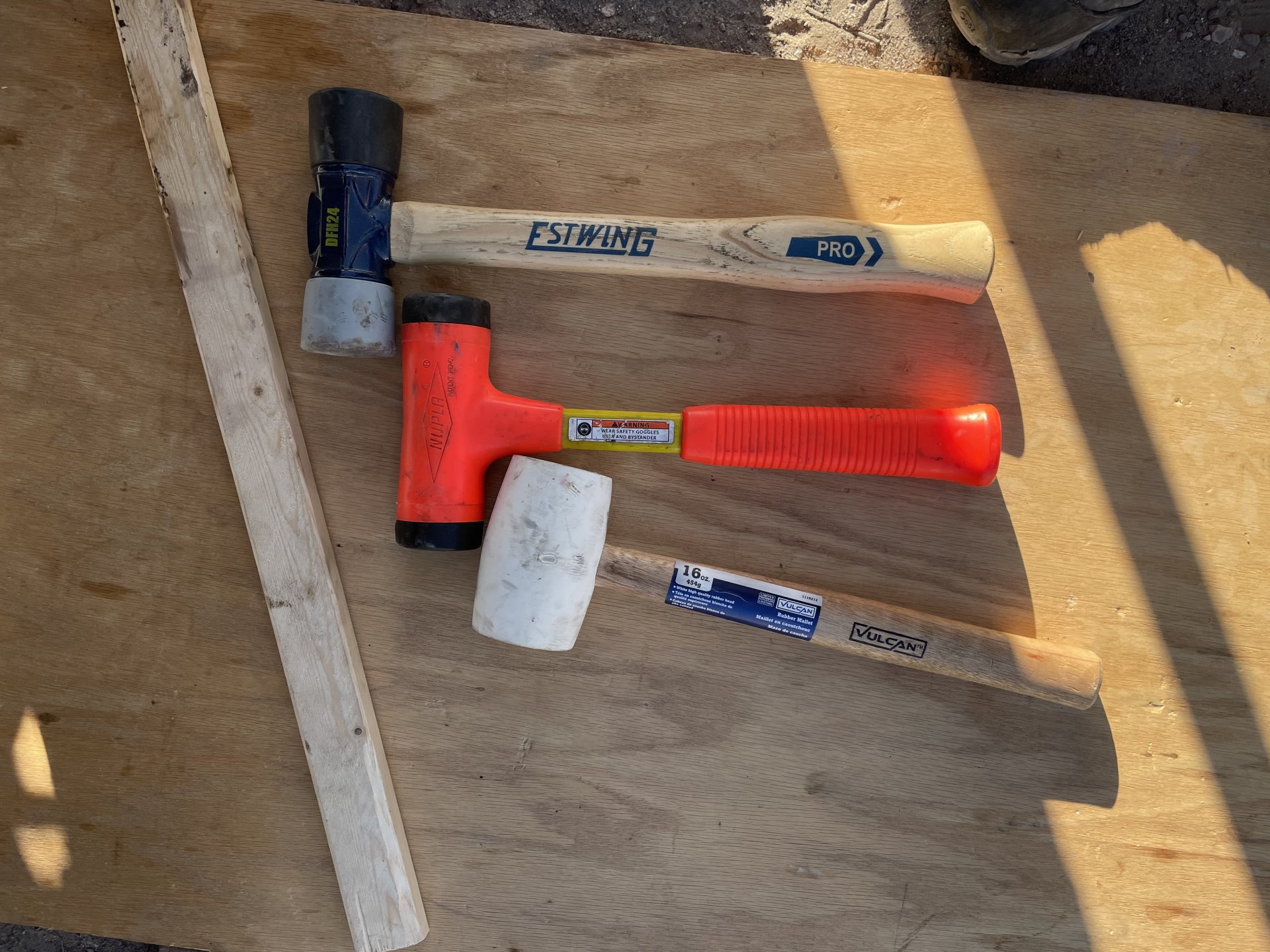 Had to beat the dizzy out of the block from below. A piece of 1x2 and the center mallet got it unstuck without damage. Galvanic corrosion had welded the aluminum shaft of the distributor to the block. I cleaned everything up, lightly sanded upper part of dizzy shaft, and lightly applied anti sieze above the o-ring. I can finally adjust the timing.

Small mod- cut the hook off the Smittybilt winch lead and replaced it with a Factor 55 link. 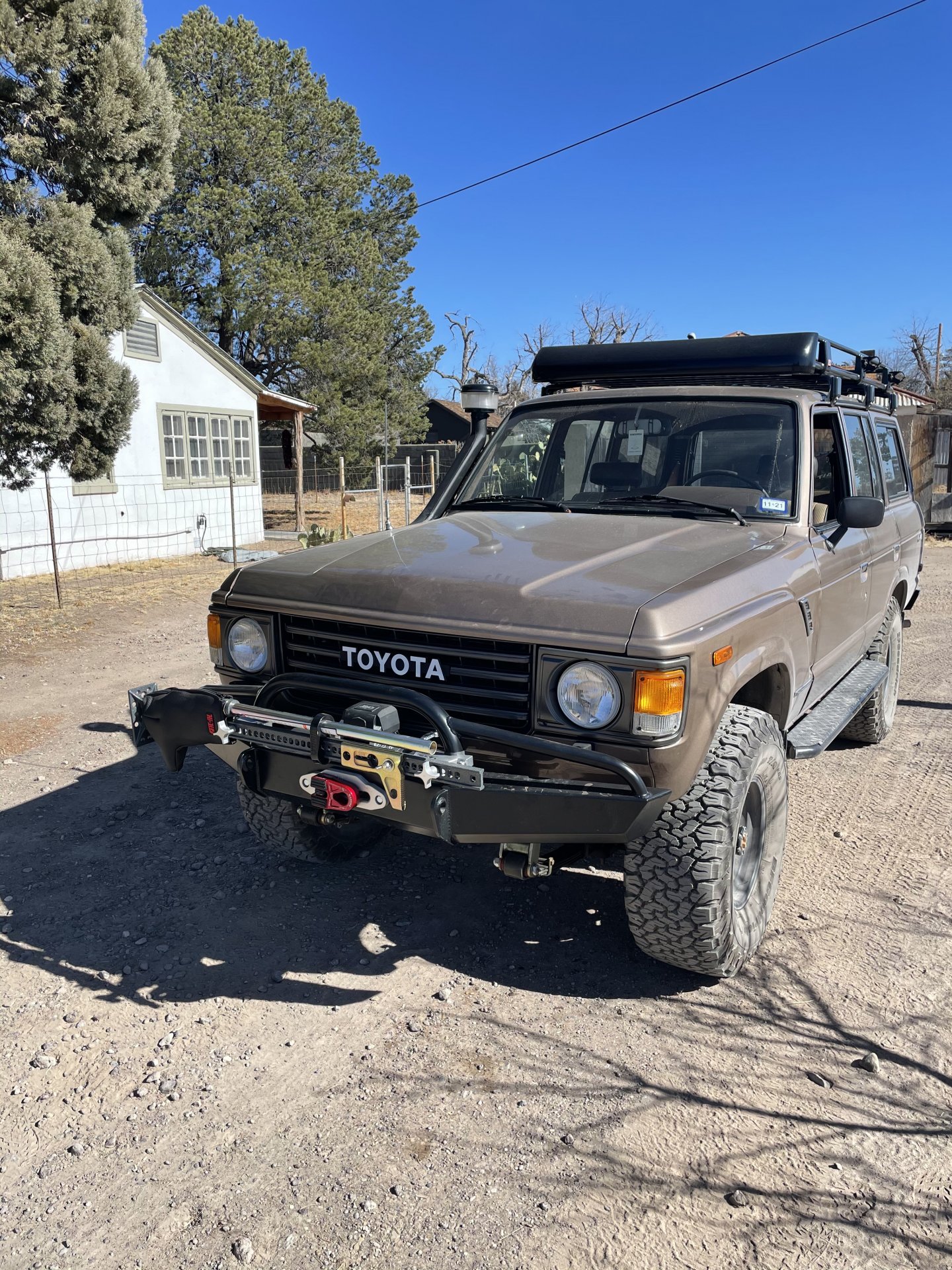 Builds - Leroy takes a dip in the Fountain Of Youth