Up for sale is my first 4x4, which I bought in 1980, and which I spent the better part of a decade turning into a combination rockcrawler and expedition rig before moving on to other projects. The list of modifications is very long, but not as long as the sighs of regret I currently have from the neglect it has currently come to.

The good
Almost everything in the power train has been rebuilt within the last 20,000 miles. The engine is a rebuilt 1967 RS Camaro 4 bolt main, which is a legal replacement in the truck because the truck was first sold in Ohio (THIS MEANS NO AIR PUMP OR EGR REQUIRED). I installed it in the mid 90s at about 200k on the odo. Truck is currently at 210k. The Doug Thorley headers were installed in 1987 at about 180k and are still working flawlessly.
The transmission and transfer case were both overhauled at 190k. I elected not to convert the transfer case to part time 4wd because it was working fine. The hi-lo shifter turned out to be the problem, so I rebuilt that while the transfer case was out and it all worked well when I last used it (2009)
I have THE prototype Lockrite differential locker in the rear end, which was featured in Peterson’s 4wheel and Off Road back in the early ‘90s. I elected at that time to have 4WheelParts change the gear ratio in both axles to 4:11s. They only have about 15k on them.

The truck has a modest 2.5” lift via Rancho components.

To increase range for my early adventures I had Arrow Tanks build and install twin 18 gallon saddle tanks, giving me almost 60 gallons total. There is a manual switching valve between the seats to select the tanks, and a toggle switch under the dash to monitor all three tanks with the factory gauge.

I purchased a Conferr roof rack and had the braces modified to fit the truck. If I had to do it again, I would do it differently. But it has not given me any issues in the four decades since I did it.

There are three boxes for tools and spare parts. The first, a Dick Cepek product, sits under the hood on the driver’s side fender skirt. The second is homemade by a much younger me, and sits under the pedestal of the driver’s side captains chair. The third is an elaborate setup I paid to have custom made in the ‘90s that sits sunken between two crossbar supports in the bed so that the weight of the heaviest spares (starter, alternator, water pump etc) has a lower effect on the vehicle’s COG.

There is also a little extra storage in the full length center console I built for it back in the mid 80’s.

I haven’t driven this truck in 11years, and it shows. While the paint was show-worthy when I bought it, and it continued to trophy up until the last time I entered it in one in 1987, now it is beyond patina. Only the fact that it lives in SoCal has saved it from becoming a rust bucket.
It has an unknown number of fuel system issues. I can put fuel into the carburetor via the vent tube and it will start and run, but that is all. The hose from the filler neck to the tank is shot, so I can’t put fresh gas in it. And whatever is in the tank doesn’t seem to be moving up to the carb while it is running. Even though I am an auto mechanic by calling, I just don’t have any interest in digging into finding out what’s wrong.
The transmission pan also has a slow leak, and the grommet that seals the filler tube to the trans has dry rotted. Those are the only mechanical issues I know of.
When I opened the passenger door today to start emptying out my personal effects, I noticed there is rot in the door jamb near the front of the door.

The ugly
Beyond the obvious of the paint condition l the truck has suffered several war wounds which I never repaired, as I always considered this a trail rig (and it trophied in shows even with them!) Both rear quarter panels got ‘boxed’ behind the back tires on the Rubicon Trail back in 1983.
The driver’s front fender has a stress crack from an airborne adventure in Pismo Beach in 1986 that also cracked the frame (which was repaired, gusseted, and braced and will now outlast the rest of the truck!)
Tailgate panel is an aftermarket replacement purchased around 1984 that is just not as thick as OE and developed several stress cracks that I patched a long time ago. The pot metal handle for the window crank is broken; a new replacement is sitting in the bed, along with a rear seat I picked up for it when the children were small.
I cut an access hole in the driver’s door to create a storage pocket for my tow strap. There was a door for it at one point, but it has been gone so long, I don’t remember what happened to it!
I should have it clean enough to show in a week or so. Asking $4300 without the roof rack.

@whitey45 , I tried to leave you a voicemail about this a couple of hours ago. Call me when you have a chance.

If you can think of anything I should be adding to this ad before it goes ‘live’ please leave me a voicemail. Thanks 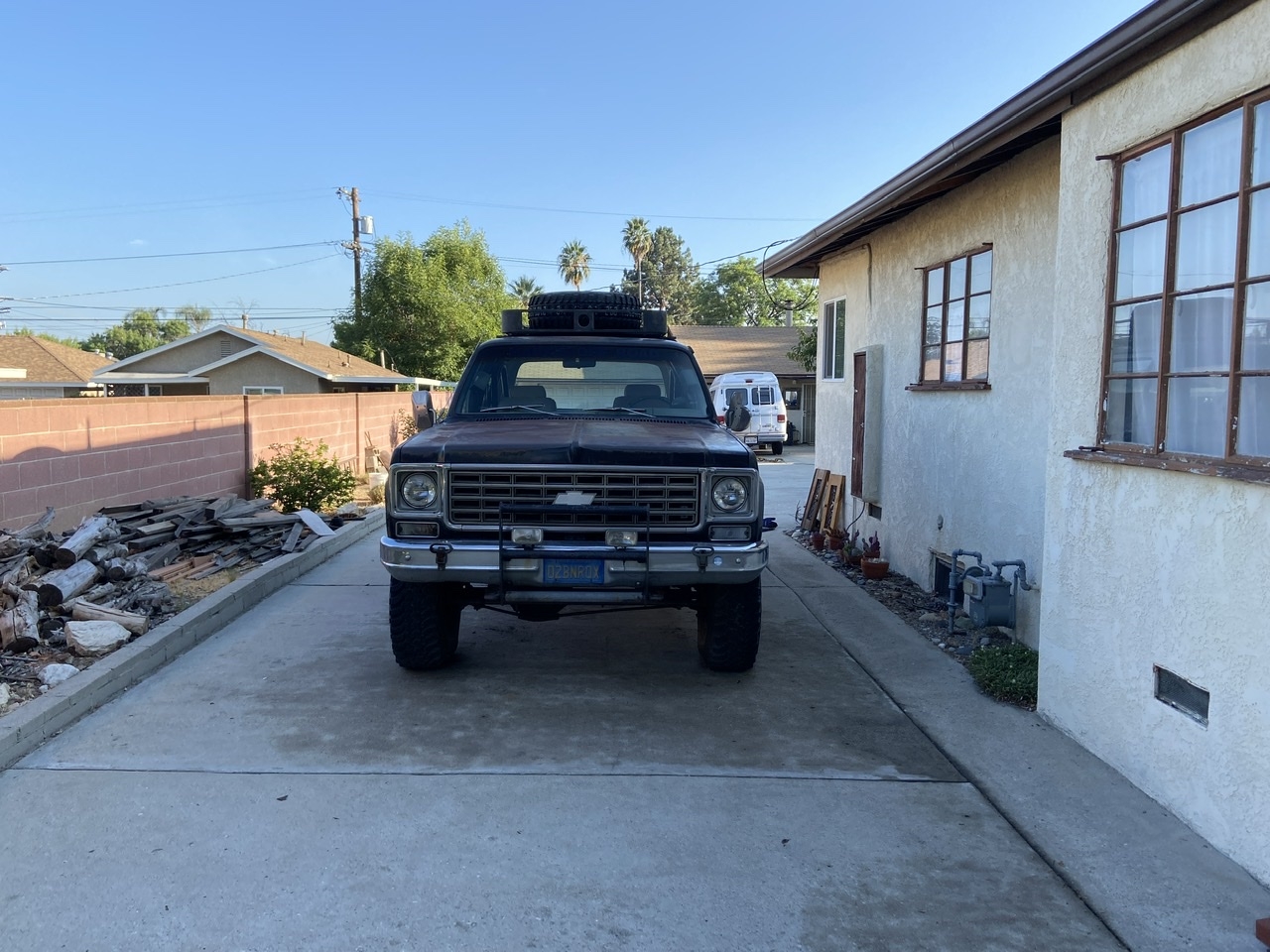 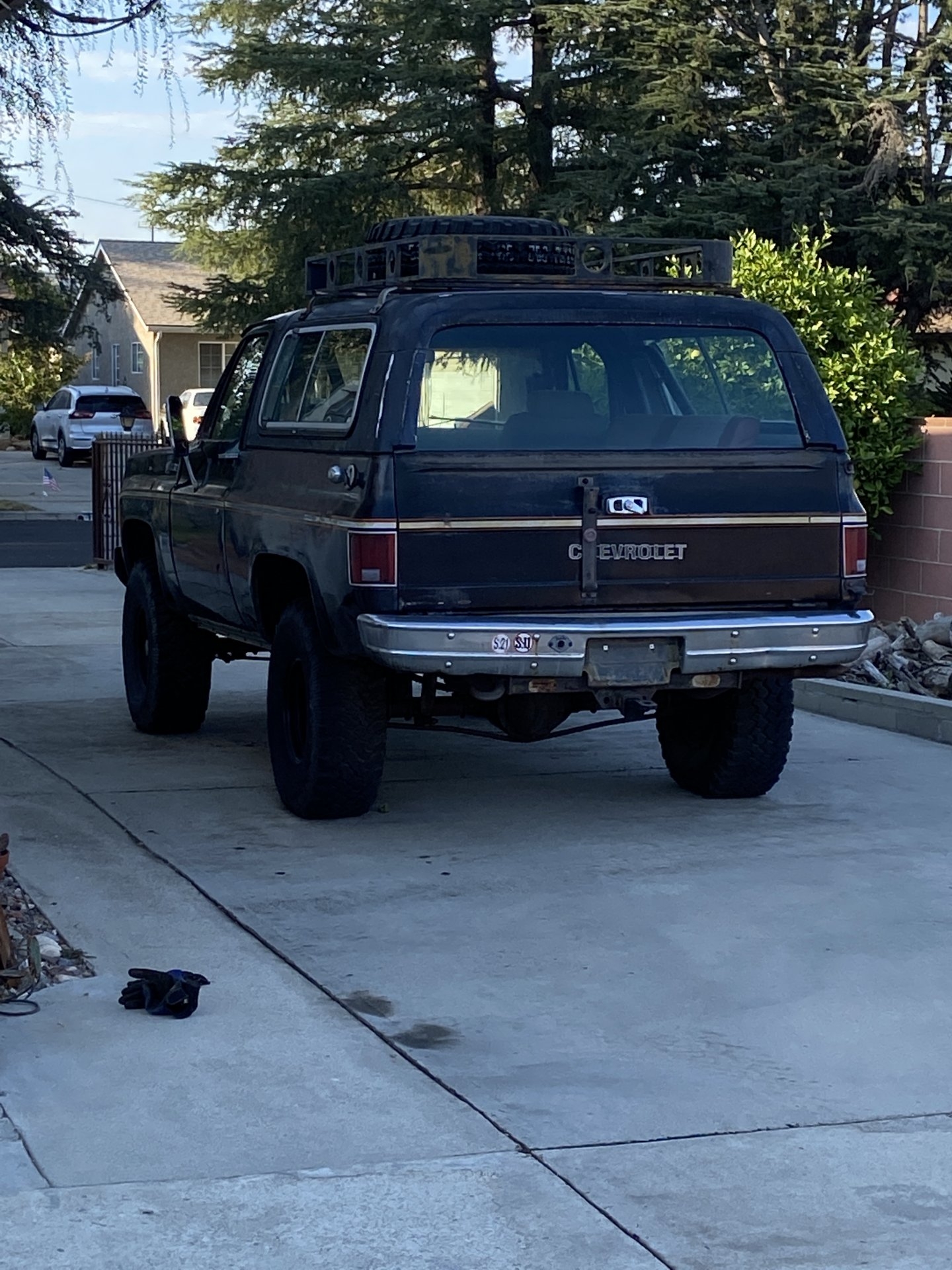 Elder Statesman · From 818-953-9230
Middle-aged hippie with a Phd and a hopeless addiction to wrenching on vintage Landcruisers.
Supporting Vendor

Ok, today is the day. Posting here first; plan to follow up on Craigslist next week. $4300 without the roof rack. Shown by appointment only (appointments starting on Tuesday) DO NOT PM ME! Leave a voicemail at the shop. 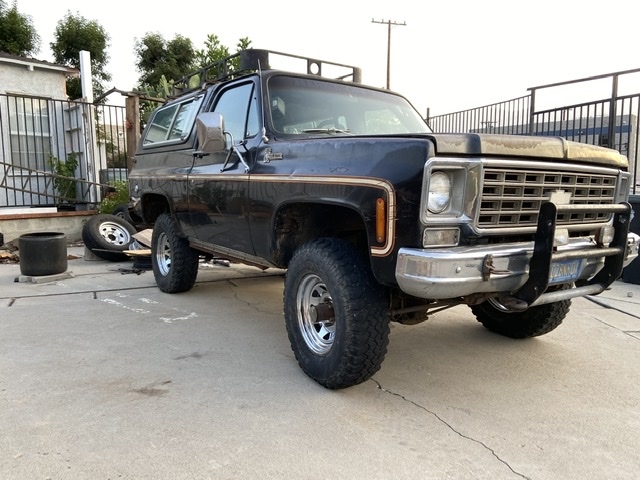 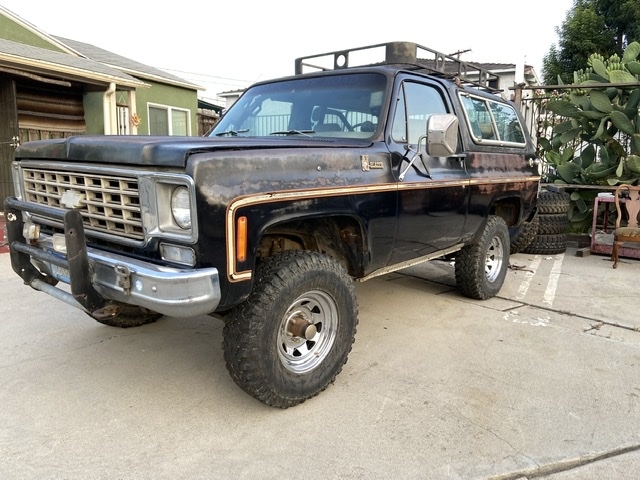 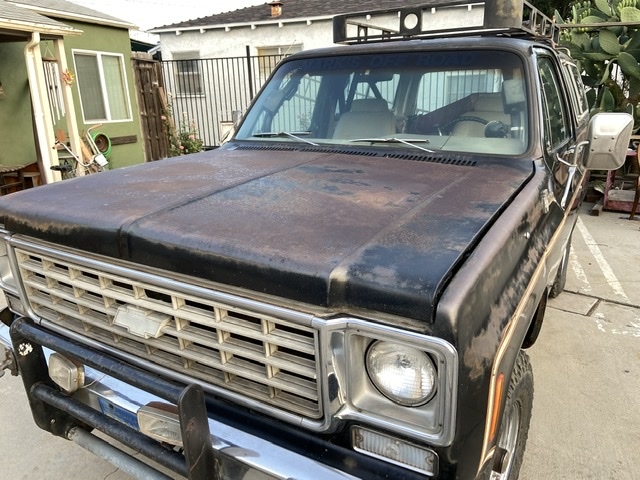 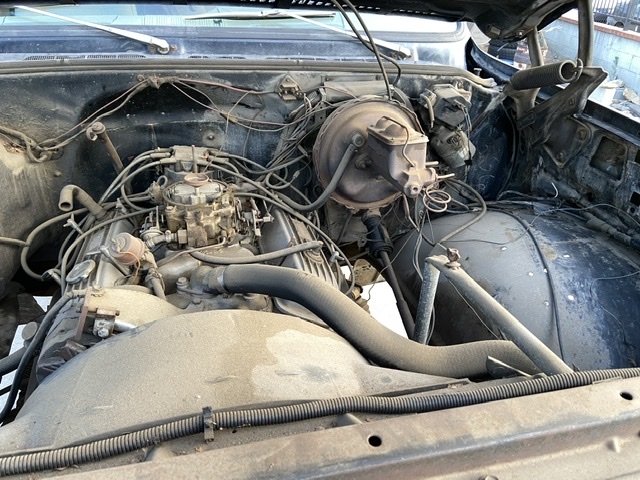 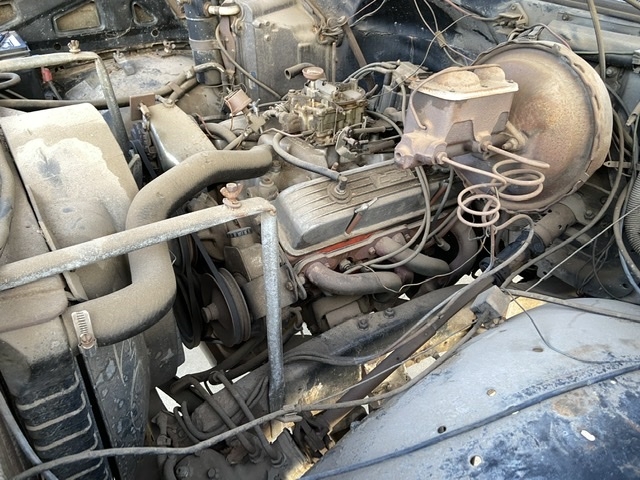 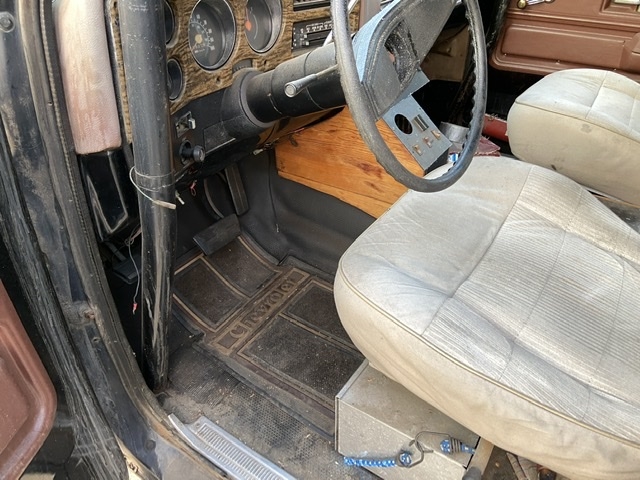 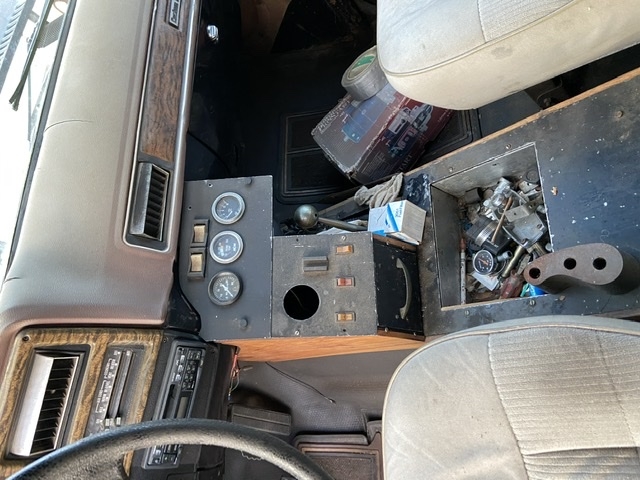 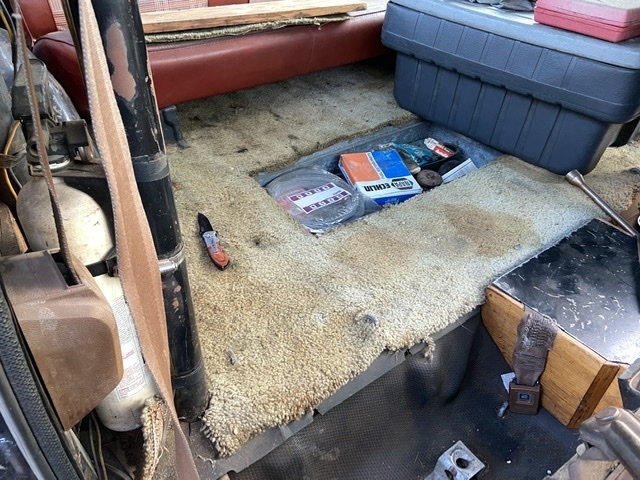 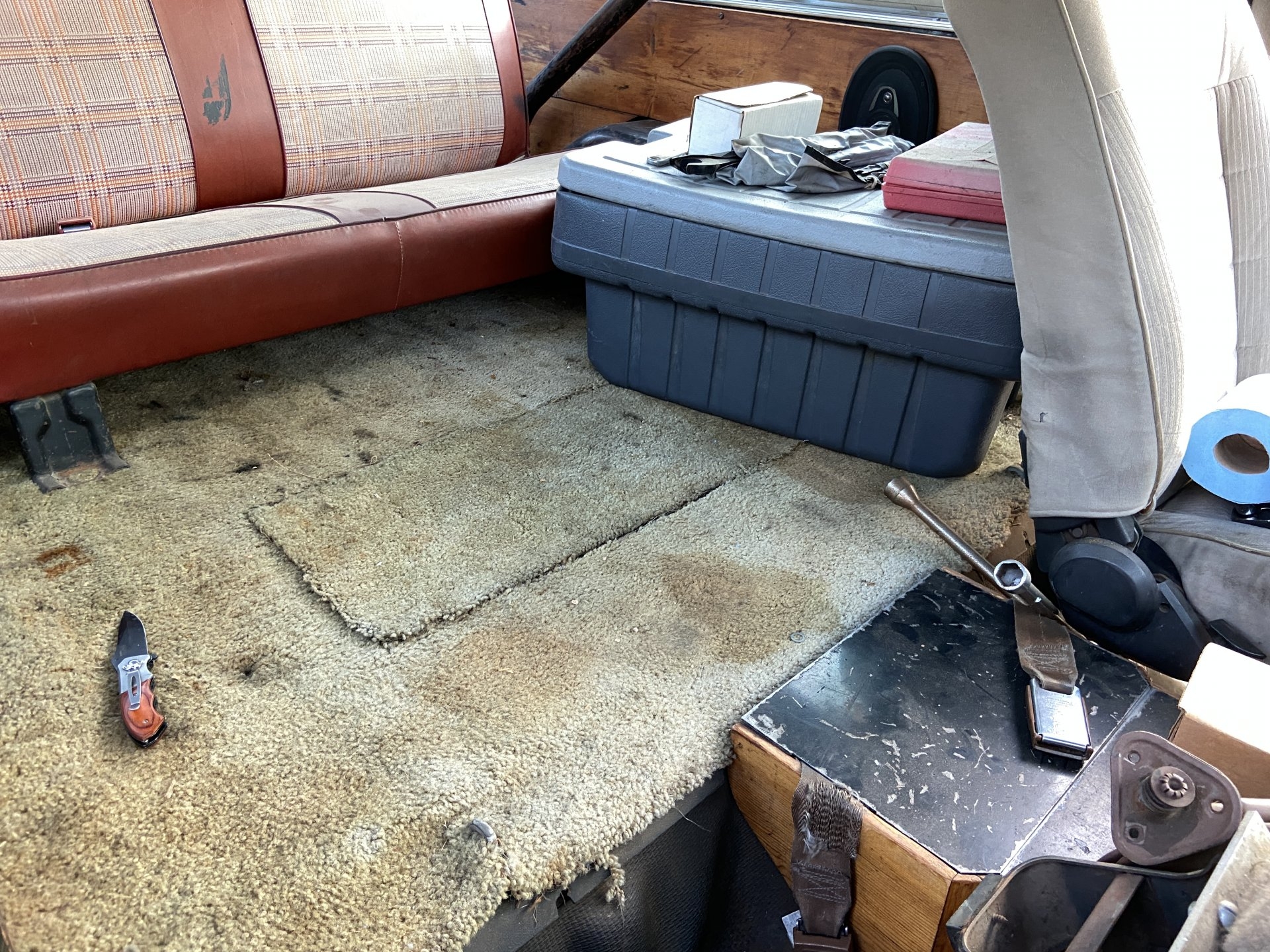 Since I have no other way to tell how much traffic this sub-forum gets, could you kindly hit the like button to give me some idea. Thanks.

Oh, and FWIW, I’m not making appointments to show the truck until Tuesday.
Last edited: Jul 23, 2021

I have taken a deposit on the truck. It looks like it will be going overseas.

Sold.
You must log in or register to reply here.

I
For Sale Sacramento, CA ‘57 Chevy