Looking for more information on the topic. When doing non-Toyota clutch swaps it is often said the Toyota clutch master doesn't move enough volume to get full disengagement of the clutch. Some swap in after-market clutch masters with larger bores but I'm looking at keeping the original look if possible.

So, I'm thinking this might be a perfect candidate for my conversion.

Now I know that when you do a disc conversion you have to remove a valve from the brake master. What I don't know is if the early brake masters also had these valves which may leave too much pressure in the line for the clutch slave cylinder.

Any information would be greatly appreciated. I also may have jumped the gun and purchased a Raybestous unit from Rock Auto at a crazy price. This is the unit: 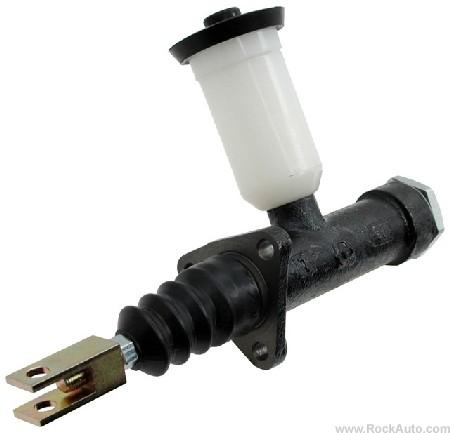 About the only outward difference with clutch masters is the line attaches at the front. I'm just hoping the mounting bolt hole spacing is the same as the clutch master as there was no information on line about this. 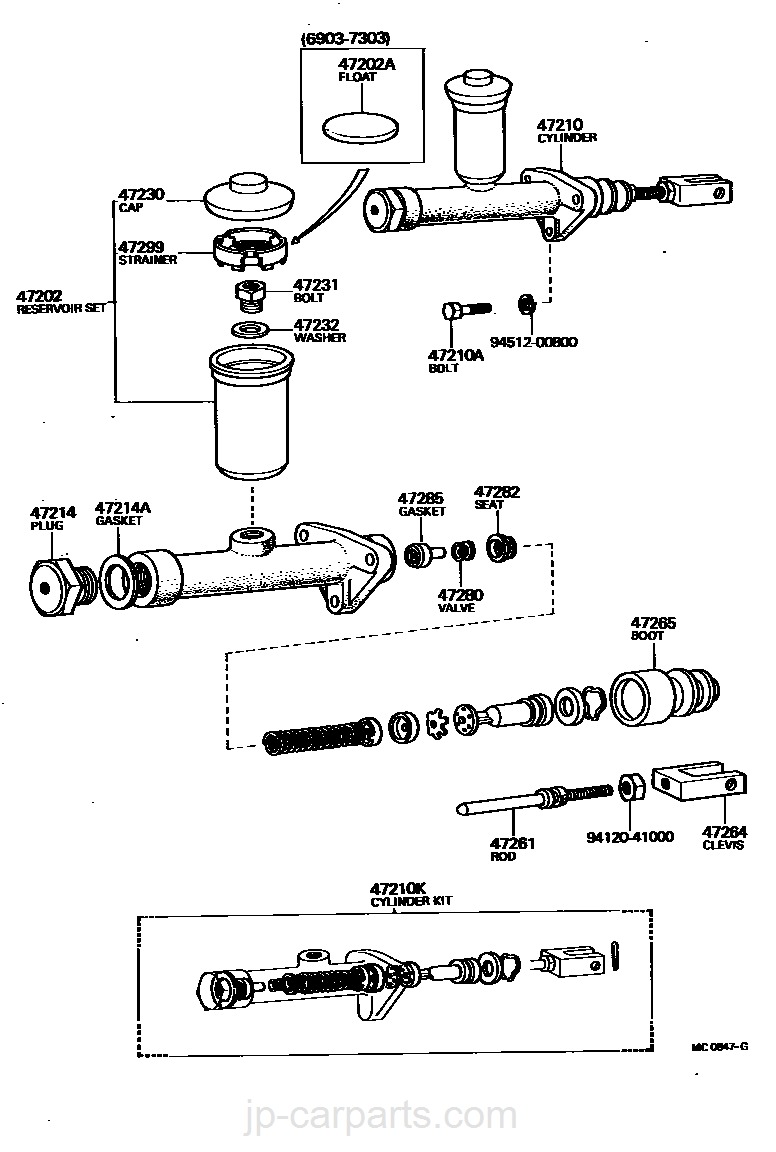 Since I'm going with an internal slave with no return spring my assumption is to pull it like you would for the disc conversions.

Still hoping for any additional info you guys can pass on.

we put one of those early 1" bore brake master cylinders on my FJ75 to get enough displacement to separate a homemade twin plate/disc clutch, it worked fine but was excessively heavy, I managed to go back to a stock M/C in the end and just got enough displacement and have a better street usable clutch now


what sort of clutch are you installing to need the extra displacement?

Clutch is a McLeod Borg & Beck set at 2800 lb. It worked OK with stock master and slave and factory 3 speed, but definitely heavier. I'm converting to NV4500 5 speed and going to be using an internal slave by RAM. They say 3/4" master is minimum needed but to be on the safe side I wanted to go bigger master to ensure enough movement. I thought about going with Wilwood 13/16" but would have to fab up an adapter.

I've got the original 3/4" clutch master and was going to rebuild it as it was leaking finally. I located the 1" for less than the price of a rebuild kit so figured I would give it a try first.
Last edited: Sep 11, 2014

i have done that several times over the years and the clutch was hard to push plus a couple times it pushed the piston out the end of the cylinder .dont know if it was me or that combo wasnt made to work together ,also the line size was different the clutch metal line was larger than the brake line im talkin 64 ,65 early and yes the bolt patterns were the same

Thanks for the confirmation on the bolt mounting pattern being the same. Because it is an internal slave the piston is like an O-ring shape instead of a straight rod or shaft. I haven't been able to track down the size information. What I did find is that some Chevrolets apparently use 13/16" masters with internal slaves so hopefully 1" won't be way too big. What I did like about it was it does have more travel than factory slave according to RAM and it has a stop ring to keep if from pushing the piston out. It seems that a proportioning valve is sometimes used in their configurations so you can adjust the pedal position for your engagement point. I don't know if that would affect the pedal feel at all. It also came with -3 AN braided lines.

Well my master cylinder came in yesterday. I didn't quite get the one I was expecting but it will work none the same. Apparently Raybestos or maybe Rock Auto considered this as an FJ40 brake master, 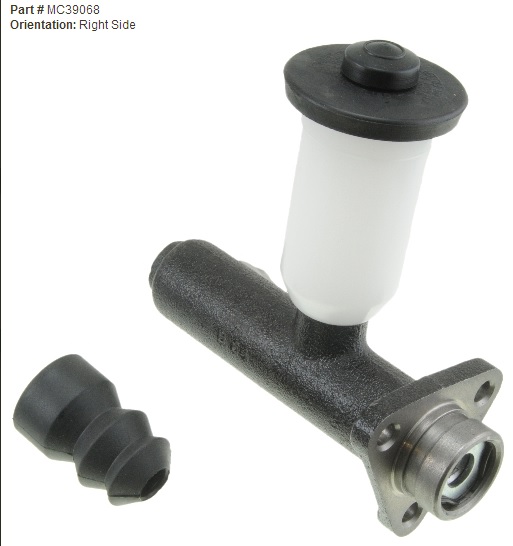 however this is what I was expecting. 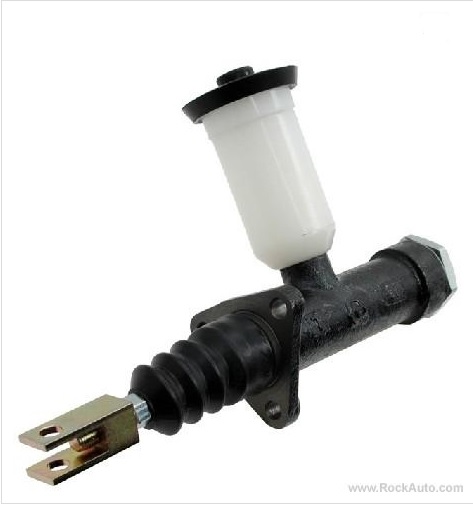 Now some may wonder what's the big deal, one is for an FJ55 (according to the info I found) and the other is FJ40. Well the one I was expecting came with the push rod and the one I received didn't. What almost sent me off was at first I figured I could just reuse the old push rod, WRONG! The rod on my old clutch master had an end like a carriage bolt that fit into a cup on the plunger. This brake master's plunger has a deep hole almost to the front of the plunger. Lucky for me I don't throw old parts away and was able to reuse the adjuster shaft from an old slave cylinder as it had the same M10-1.25 threads as the clevis attachment.

So I disassemble the new master and disable the residual pressure valve, I removed the rubber flap allowing unrestricted flow of the fluid. That was last night. This morning I assembled all the lines and fittings to the slave and master cylinder and filled the system. 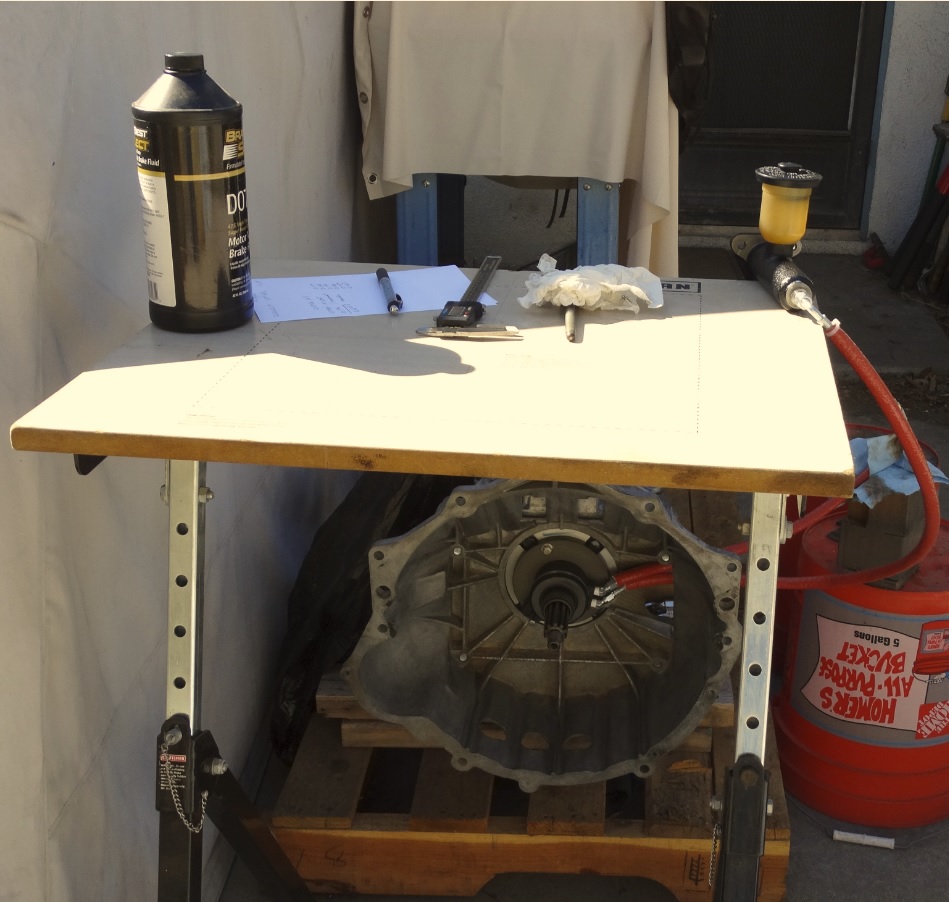 I needed to make sure I was going to get enough travel without maxing out or over-pressuring the slave. Here it is fully seated: 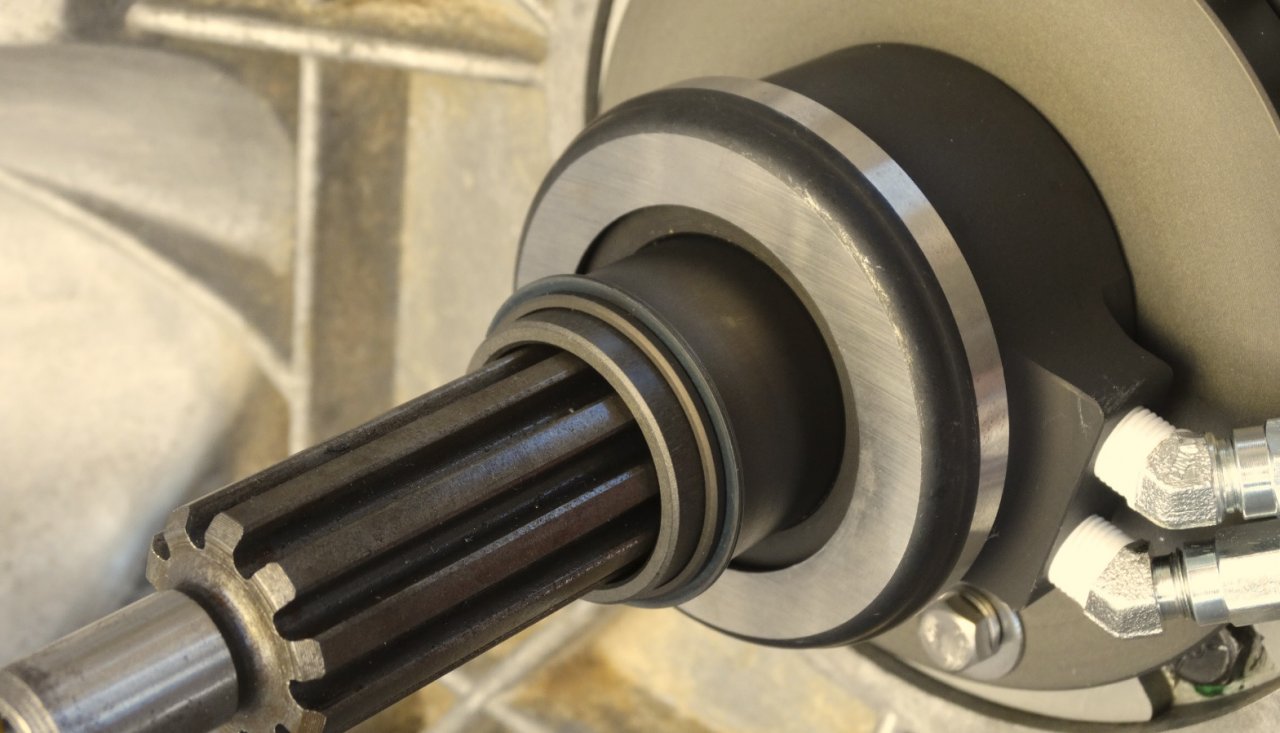 I also know that I had about 1" of travel in my clutch pedal so I pushed the piston in by that amount and remeasured. 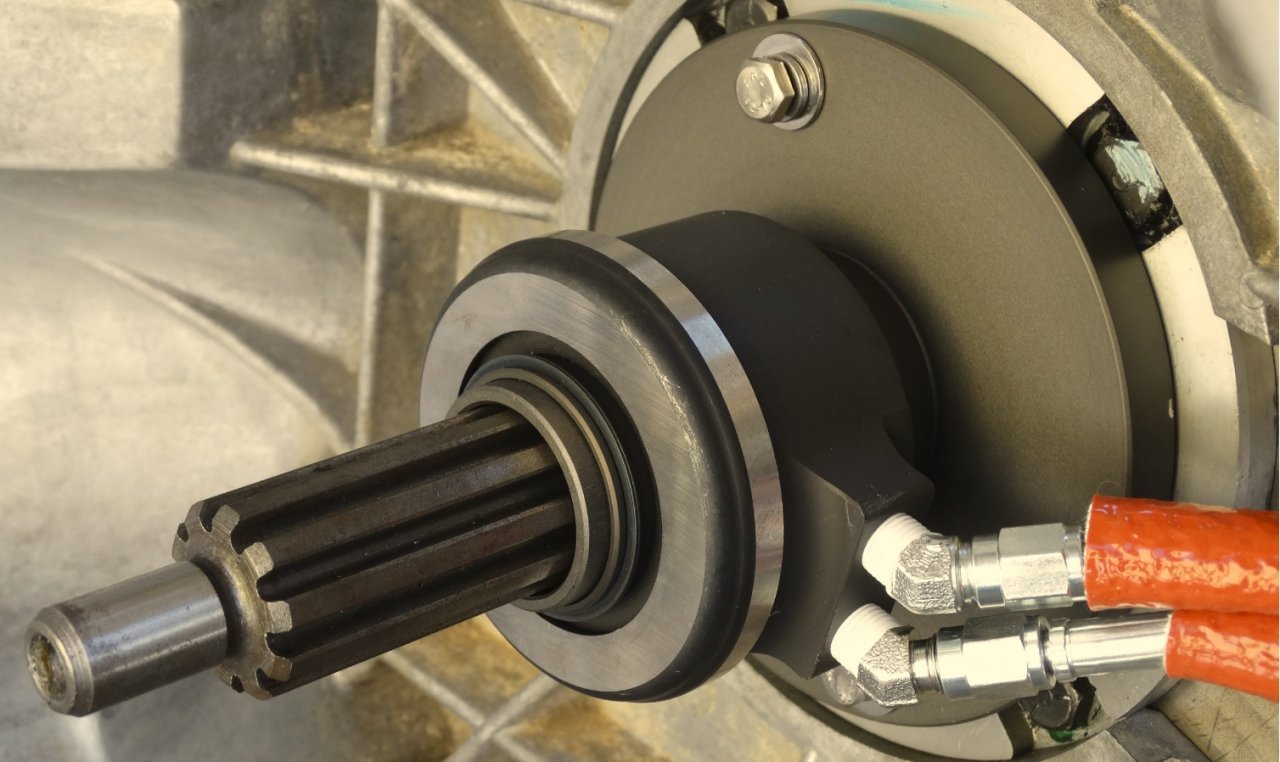 This measured at 0.1650" to the face of the throwout bearing. So doing the math it appears that I've got 0.6335" throwout bearing travel for 1" of master cylinder movement. It also means I have about 0.166" additional travel left in the slave. So considering that normal throwout bearing movement needed to disengage the clutch is about 0.300" to 0.400" with the bearing touching the fingers. So my initial figures showed I had 0.167" of free play between the throwout bearing and fingers and subtracted from 0.6335" travel I have at 1" of movement means the fingers will be depressed 0.4665" which should be more than enough to release the clutch.

I don't know what the pedal pressure is going to feel like but at least I know the setup will be functional. All that is left is for the weather to cool off some so I can get this installed in the car. Working in triple digit heat is not going to happen.

In case you noticed the stained cup, it's because I liked the shorter original cup instead of the taller new cup.

So I mounted the master in the car today and ran into problems getting the rod installed. While trying to push it in, which there really wasn't enough room to do it, caused the rear seal to leak some fluid. I finally remembered about the pedal travel adjustment. So I unlocked it and ran the bolt all the way in which gave me enough room to get the rod installed. I actually had to cut the length back and also thread it further down the shaft. The only problem there is that the outside diameter is actually smaller than the thread full dimension so the jam nut only has about half of the thread depth to hold it against the clevis. I don't think this will create a problem.

The nice thing was I was able to install the master and slave as a unit and didn't have to bleed it again.
Last edited: May 7, 2015

I got my rig on the road finally and things are working very well after a second master cylinder bleed for trapped air.
You must log in or register to reply here.