The aux fan is now in front of your radiator, ready to start cooling the condenser to optimize dash vent temps. Where and how to wire the fan?

First, a relay is a *must* for any electric fan. Make sure to use a proper size relay for the fan you've chosen. Most give the amp ratings, but you junk yard dogs need to pay attention. As a rule, pusher fans don't require a lot of power, so a 30 amp relay should handle the task. If you just don't know, then make doubly sure you put an inline fuse on the Relay.

A/C COMPRESSOR ACTIVATION (Compressor 12v+>Pin 85)
This is probably the simplest hookup. You take the Black/white striped wire in the harness going to the compressor and run it to pin 85 on the Relay. This cycles the fan to run when the compressor is running. No compressor = no fan.


TEMPERATURE ACTIVATION (PIN 86>TEMP SENSOR>GROUND)
This requires a temp sender of some type, either mounted in the water system or a probe into the condenser. This is a ground circuit system.

Advantages
- Compressor cycle is not a necessary component of Aux Fan
- Aux Fan is cooling when cooling is needed, regardless of radiator
overtemp compressor shutdown or A/C overpressure shutdown
- Independent electrical load from compressor
Disadvantages
- Temp probe systems tend to be expensive. They also require a
tether to the condenser core, which can be a tough spot to keep
the probe secure.
- temp probes that aren't 'inserted' into condenser, aren't as
accurate because they are measuring surface temps (ambient
temps and condenser temps
Rating: Probably better than compressor on activation because it can run the fan independent of the compressor cycle. This means that the Aux Fan can run to help cool the condenser during A/C overpressure and Radiator Overheat compessor shutdown modes. Would require a pretty narrow adjustable range of operation 115-190 degrees.

This hookup is similar to the temperature hookup. A/C pressure and temperature are directly related (as temp of 134a increases, so does the pressure - See ABC's Part I). The advantage of pressure over the temp system, is it's more accurate to what's happening in the A/C high pressure system.
- Compressor cycle is not a necessary component of Aux Fan
- Aux Fan is cooling when cooling is needed, regardless of radiator
overtemp compressor shutdown or A/C overpressure shutdown
- Independent electrical load from compressor
Disadvantages
- Pressure switch needs to be calibrated to Toyota A/C system
Rating: This activation has the most benefits and least disadvantages. Circuit can be run and cool condenser after car shut down (turn car off with A/C on - Aux Fan runs until A/C condenser pressure is normal then shuts off) = faster light up time of A/C temps at dash vents.


MANUAL OPERATION (PIN 86>SWITCH>GROUND) or
(PIN 85>SWITCH>12v+)
This feature can be added to the above systems to override the temp or compressor activation of the Aux Fan. Several folks have done this modification, and it's advantage is additiional cooling during extreme environments without sensor intervention.

Advantages
- Can be aded simply to any of the above sensor operations
- Aux Fan cooling on demand
- Override of sensor operation during driver identified heat or load
extremes
- Fan operates independent of Compressor operation (staggered
electrical load)
Disadvantages
- Can be left on, causing no start condition
- Used exclusively, could be 'forgotten' until too late
Rating: Good 'additional' mod to any of the above installations, not a good singular activation. Over ride on and over ride off are key features of electric fans in off road environments. If using this actiation, a status light is highly recommended. A river crossing with the fan in the on position can cause serious electrical problems.

The key to identifying which setup to use above is understanding that pusher type Aux Fans for radiator cooling are not very efficient. Aux Fans 'can' improve radiator performance, but that's really the task of a puller fan (engine or electric). The primary task of the Aux Fan should be to provide additional airflow at the condenser during A/C operation. Using this guideline, the above 4 choices should be considered carefully. By far the easiest and low bannana mod is to tap the compressor wire. It is also by far the least productive in terms of the two failure modes (compressor off swtiches) toyota designed into their A/C systems.

For the purpose of this series of threads, I have chosen to use the pressure sensor activation because it has the most advantages, and least disadvantages of the above choices.

Part III will be the detailed wiring of a pressure sensor activated Aux Fan for the 80 series trucks.

Working through the rest of the part part numbers, hopefully have all this done with the write-up today.

Nice work Scott. Pics if ya got em.

I just did this mod--Romer should make this a sticky. So I used a dash switch--already killed the battery once--forgot to turn it off. When I wheel really slow my A/C still blows cold. One thing to add is the fans usually are reversible by switching the negative/positive wire--starting out mine was blowing the wrong way.

You might want to make a sticky for the general relay wiring--this is good information.

Finally getting around to doing this mod. I picked up the 2x OEM wire leads from Toyota. Looking forward to getting the fan to engage automatically and not have it running off the key full time. 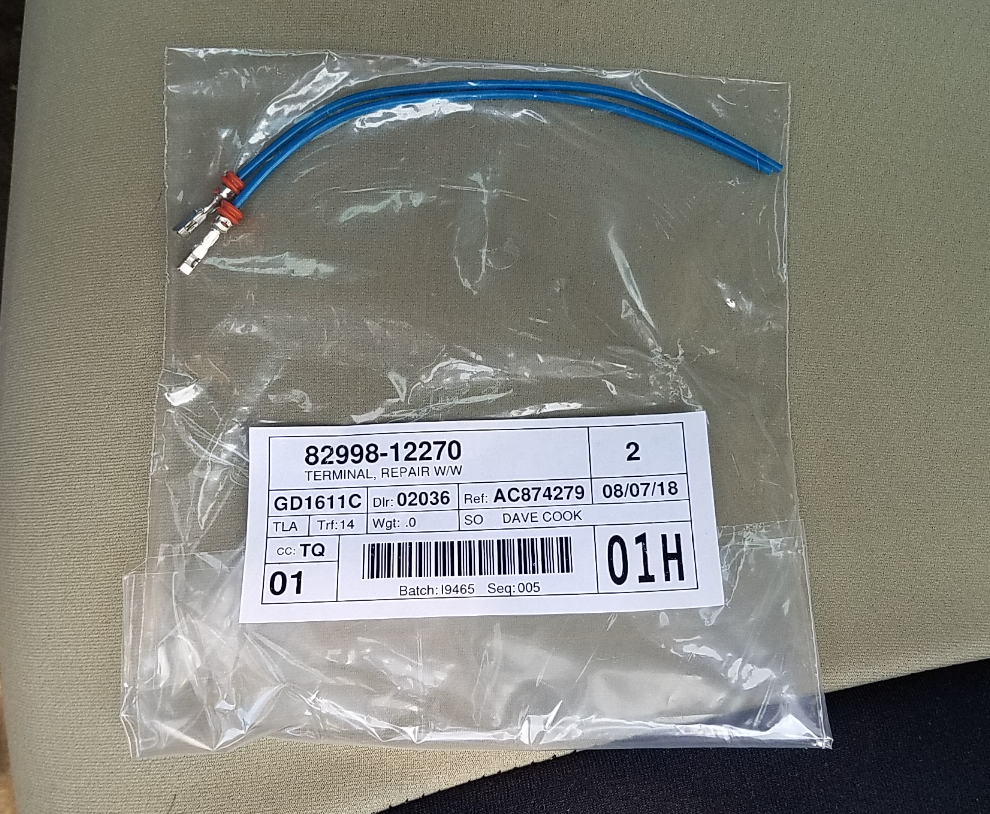 Dissent said:
Finally getting around to doing this mod. I picked up the 2x OEM wire leads from Toyota. Looking forward to getting the fan to engage automatically and not have it running off the key full time.


Easier to just trigger a relay with the A/C clutch power lead.

For me, this is actually easier as the Trinary switch is 4" from my relay.
You must log in or register to reply here.

What kind of fan clutch do I have?
2