Wheelers for the Wounded (1 Viewer)

Hey guys, My name is Chris King, and I am with the Toyota Trail Riders in Texas.

I am heading up TTR's participation & fundraising in support of Wheelers for the Wounded.

Wheelers for the Wounded is part of a non-profit organization with the goal of providing a weekend of off-roading and camping to our country’s wounded military members all over the United States.

I spoke with Jason (from Fallujah) yesterday, and he asked me if I had any contacts in New Mexico that might be interested in supporting this project and hosting an event on the route next year, so here I am.

Let me know what y'all think, and thanks for listening. 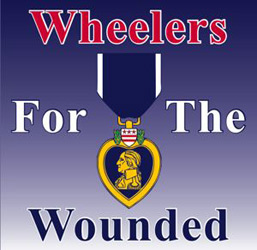 TRDParts4U & Toyota Part Sales
You must log in or register to reply here.

Lurch in the News?

Recovery practice in the Jemez yesterday

Looking for a radiator shop