MasterCraft Racing wasn’t necessarily stunned however they were disappointed by the recent announcement that Rob MacCachren’s second place finish at the 2011 SCORE Baja 500 was stripped by SCORE International over a week after the race was completed.* The No. 20 ROCKSTAR Energy Drink / MasterCraft Safety Trophy Truck is accused of stopping along Highway [...] 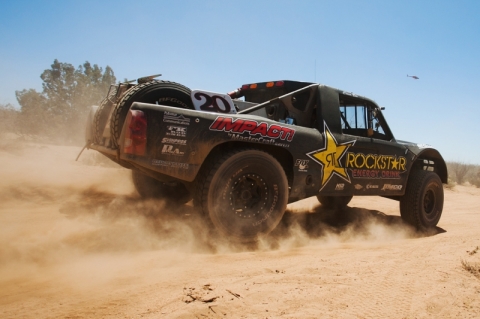 MasterCraft Racing wasn’t necessarily stunned however they were disappointed by the recent announcement that Rob MacCachren’s second place finish at the 2011 SCORE Baja 500 was stripped by SCORE International over a week after the race was completed.* The No. 20 ROCKSTAR Energy Drink / MasterCraft Safety Trophy Truck is accused of stopping along Highway 3 just west of the Villa Del Sol graded road to change a flat tire, however the circumstances are unfortunately not as black and white as the rulebook.* SCORE contends that the tire change is in violation of their rules, which states “Pitting is NOT permitted on any portion of the paved highway surface. The paved highways are considered a restricted area because use of the highways is subject to permission by the Mexican Federal Highway Police.”* SCORE International is required to strictly enforce the above rule in order to stay in compliance with their permits and race licenses from the government of Baja California.

“The decision to change the flat tire was an impromptu one made during the heat of battle.* It is a fast-paced section just before San Matias where the course runs opposite of highway traffic,” commented team owner, Robbie Pierce.* “This particular section of the race course is bordered by fenceline on one side and highway on the other.* Unfortunately, the location Rob felt was the safest option for his co-driver, himself, and other competitors didn’t exactly line up with SCORE’s outlined rules,” added Pierce.**The rugged 452-mile course started and ended in Ensenada and ran in a clockwise direction, winding east to Ojos Negros, down near San Felipe, back west to the Pacific Ocean below San Vicente, and back north east through Santo Tomas on the way back to Ojos Negros and then Ensenada.

The 90 minute penalty SCORE assessed the No. 20 Rockstar Energy Drink / MasterCraft Safety driver is consistent and identical to the penalty Robby Gordon received for the same infraction during the 2009 SCORE Baja 500 and changes Rob MacCachren’s official finish from second overall to ninth.

Check out the video below of Rob’s finish line interview where he speaks about the section of course where the flat occured:​ 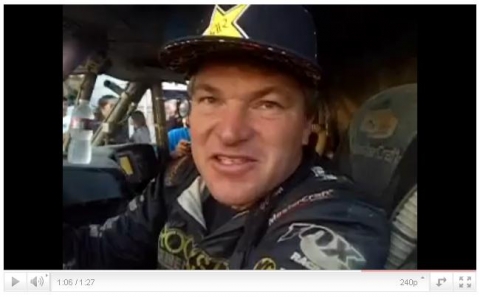 While the tire change wasn’t in line with SCORE rules, MasterCraft Racing wants to stress the importance of the context for the tire change and reiterate that this offered Rob MacCachren no competitive advantage over other teams.* History would indicate that Rob MacCachren, the man who finished sixth*overall at the 2009 Mint 400 in a 1600cc powered Volkswagen buggy, does not need to operate outside of the rulebook to be successful.* “The rule is in place to increase safety and I avidly support that,” MasterCraft Safety CEO, Robbie Pierce, commented after the decision.* “My business is safety, and it is no accident that we support Rob MacCachren; he is the consummate professional.* If Rob says that was the safest place to stop and change the tire, nothing else needs to be said.* I trust Rob’s judgment in the desert.”
The penalty handed down by SCORE is a blow to MacCachren’s accumulation of championship points and could play a vital role in how the season finishes out when the checkered flag drops at the legendary Baja 1000 in November.* Both Rob MacCachren and Robbie Pierce will next be racing short course at Miller Motorsports Park on June 25 and 26 in the Lucas Oil Off Road Racing Series.* For the latest team updates please visit
www.mastercraftracing.com.​ 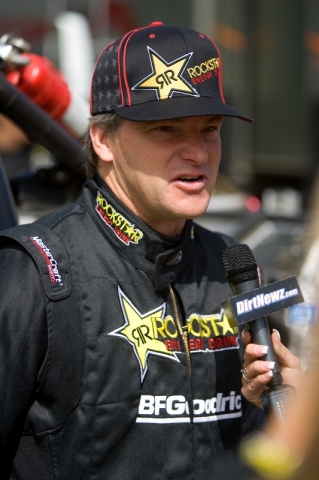 MasterCraft Racing is Sponsored by: