The ugly side of steel wheels! (5 Viewers)

So we all know they are heavy but I also learned first hand about their ability to rust. when the tires came off of my set it revealed some of the car guys worst friend: RUST, flaky,pitted, and nasty.

I spent my spare hours here and there this week grinding, sanding, and treating my steelies in preparation for new tires and mount on the 80. (Woo hoo!)

the issue seemed to have stemmed from thin spots that were not covered in powder coat; likely wire from hanging them in the oven. The best wheel only had a thin stripe of rust but the worst had it blanketing almost half of the inner wheel.

Who would of thought moisture inside a tire. Lesson learned on steel wheels, coat the entire thing. 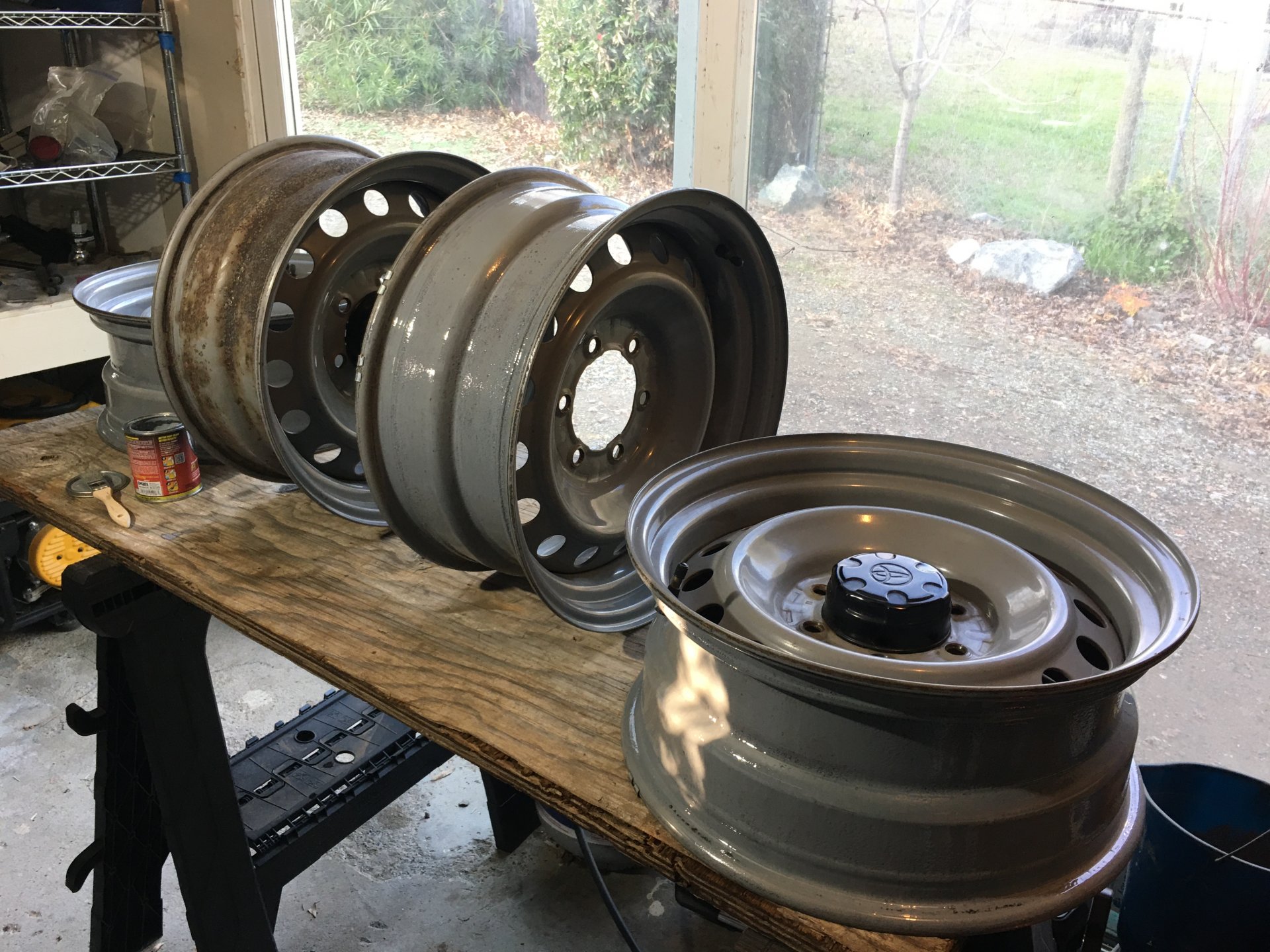 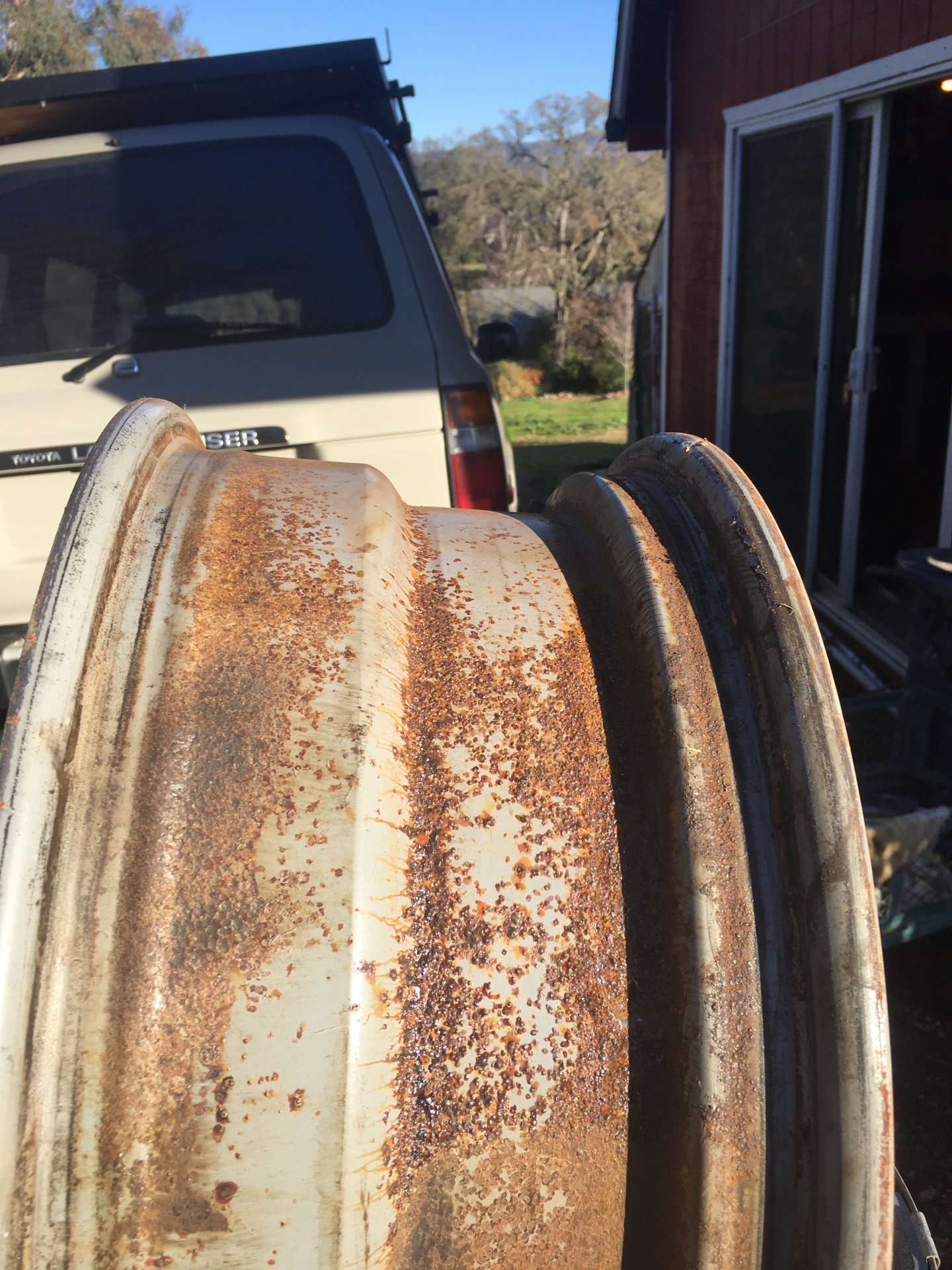 Got the same problem mate: my wheels (steelies OEM) were during the frame-off resto sandlasted and painted (in the oven, as the rest of the body panels and parts). However, they got the cancer.
I guess the fact that the vehicle, before the build of the garage, had to stay for six months in the open air (under just a fabric car cover), speeded up this process...
Looking to fix it, thank you for sharing your experience!
Last edited: Jan 12, 2021
B

Yeah, I guess the quality of the wheels themselves would also play a factor in this. Not all steel wheels are bad, per se. It just so happens that when it comes to brands, there are those who excel while others are a lot less impressive. I've been buying my steel wheels from 4WheelOnline in the past couple of years, and I must say, I have yet to run into this particular situation.

in general, I'm not that impressed with powder coating as a reliable technique for positive outcomes. If done very well, it's great as long as there is no damage. If not done well, it's worse than regular paint.
You must log in or register to reply here.