I (grudgingly) have for a sale a 2008 4x4 Toyota Sequoia in Slate Grey/Grey interior. I am the second owner and purchased it from original owner less than 1 year ago. I searched for several months before I purchased this one and had plans to build it into an overland/camping rig. I wanted a 4x4 SR5 for the color matched exterior, cloth interior, and non-airbag rear suspension.

The Sequoia hasn't changed much since the 2nd gen was released in 2008. Most of them were sold with a 381hp/401tq 5.7 v8 and a 6 speed transmission. This drivetrain is known to go for several hundred thousand miles without issue. Recently two tundra trucks were in the news for going over 1 million miles on the stock drivetrain, albeit with the smaller displacement 4.6l version of the UR motor.

The original owner of this Sequoia was a medical specialist who worked at Loma Linda Hospital. He parked it in covered parking at work and in the garage at home and he and his family used it as the family vehicle on the weekends. He purchased it with a 100k mile warranty and a service plan. It has a clean Autocheck from when I purchased it and all electronic service records from Toyota of Redlands since it was brand new. Never any accidents (although he did back into a pole and mess up the rear bumper a bit...see pics) and it has all of the original body panels.

Although it has higher miles, it has been religiously maintained solely by the dealer. It was clearly never driven offroad, and he told me he only ever used 4x4 twice when driving in the snow in Big Bear. However, he did pay to have the full 4x4 system serviced including both diffs and the transfer case at 132k miles and everything works perfectly with the system.

180k miles sounds like a lot, but that's less than 17k annually which barely over the industry average of 15k per year and typical for a SoCal vehicle. It has been dealer maintained since new and literally every scheduled service has been done on time, every time by the original owner.

Since we purchased it less than a year ago I have done the following mods:
I was building this for family travel and adventure. It's comfortable, quiet, the 2 AC's blow ice cold, and it's capable of taking the whole crew off the beaten path. You could fold the 2nd and 3rd row down and there's room in the back to sleep 2 adults. I wouldn't hesitate to drive it to Alaska and back tomorrow.

Why am I selling it? We (my wife) figured out that when we travel with the kids and dogs that an RV makes more sense for us, so I purchased a 2007 28' RV a few months ago. We have also decided to keep our '94 FZJ80 Land Cruiser (the Sequoia was originally intended to replace) instead of selling it and we do not need two 4x4 8 passenger vehicles. I considered keeping the Sequoia for myself, but decided to get back into a truck. I picked up a '19 Tundra crew cab, so now the Sequoia needs a new home.

It has a few minor bumps and bruises (I tried to capture all of them in photos) but is mechanically perfect. The paint is glossy and most people think it is a much newer Sequoia. The interior is in terrific shape with the exception of some minor wear (no rips) on base of drivers seat and the odd scratch in the plastic in the rear from loading and unloading cargo. We (as was the PO) are non-smokers and there are no odd smells or issues. No drips or oil leaks, although in interest of full disclosure I did notice a tiny bit of accumulation at the rear main when I took the undercarriage pics. Not enough to drip, but it's there.

I have a clean CA Title in hand. If it doesn't sell I will consider removing the tires and wheels. They will bolt directly onto my Tundra and I can put the brand new 20" wheels/tires onto the Sequoia and drop the price by $1000. Might consider a trade up or down plus cash for a UTV, boat/PWC or an interesting moto.

Offering it on Mud for $15k. Thanks for looking! 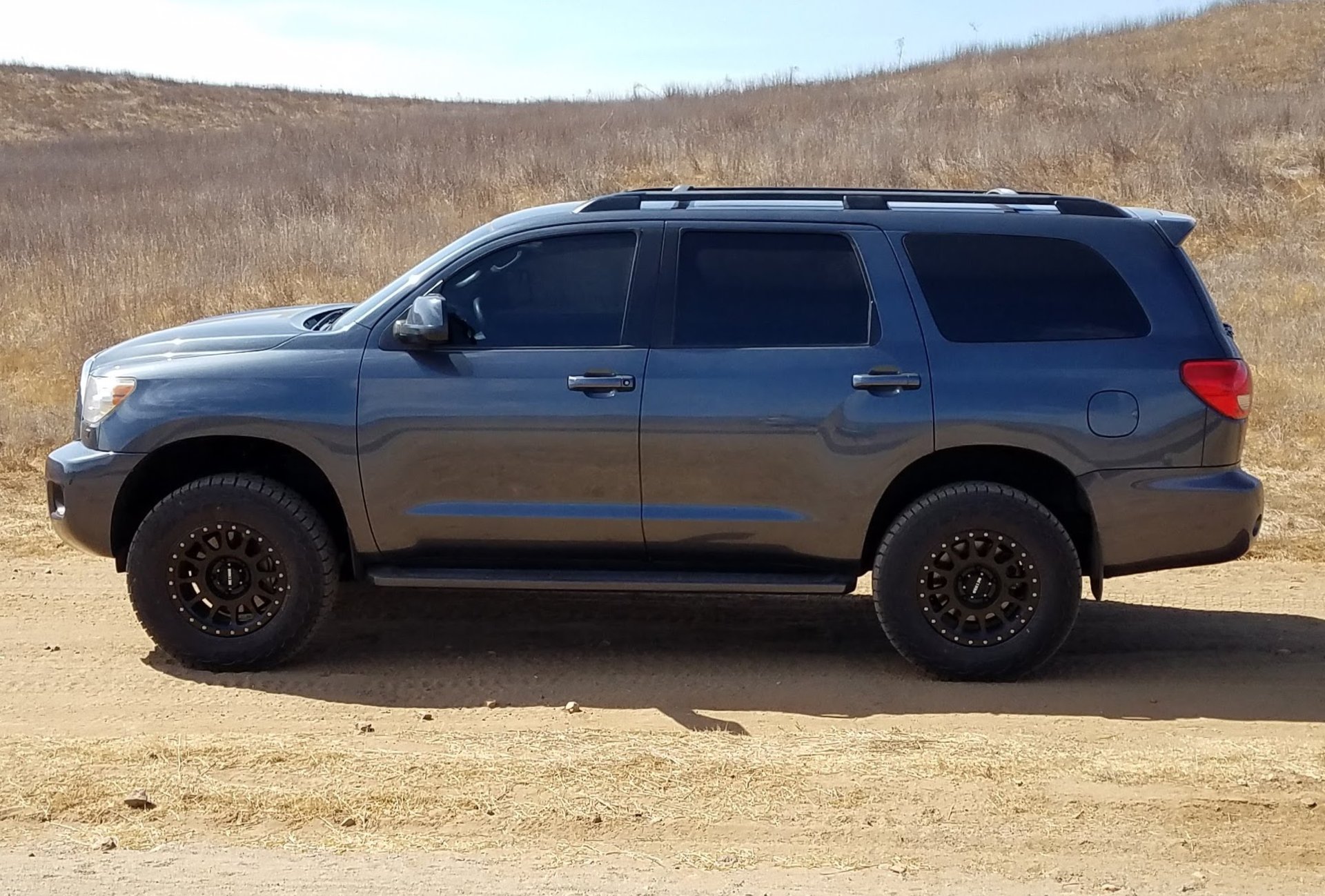