I am starting a new rock crawler project this summer. I ended up buying a cowl/tub from down under, should be here in the next 2-3 months with any luck (thanks Matt!). Its a 1979 FJ45 RHD truck that was being parted out over there and I was able to get the cowl from it.

Even though the tub wont be here for a few months it will give me some time to start building the frame for the crawler. I already have most of the drivetrain for the crawler, 82 2F/H41/Toy Box/ Splitcase/1 tons.

The Plans so far... is a normal SR SOA with 60 series rear leaf packs in the front. 1/4 eliptical 4 link in the rear. I have plans on stripping the tub to bare metal and painting it stock seafoam green (which I think is spring green?)

I hope to keep minimal amounts of tubing on it/roll cage/sliders/bumber...

This will be moving along slowly at first but hopefully pick up some speed soon.

I already have one of the 1 ton axles narrowed to 61" and hopefully will be starting in on the other soon.


Hopefully I don't get flamed to bad here but I am saving another 45 tub that was being parted out.. 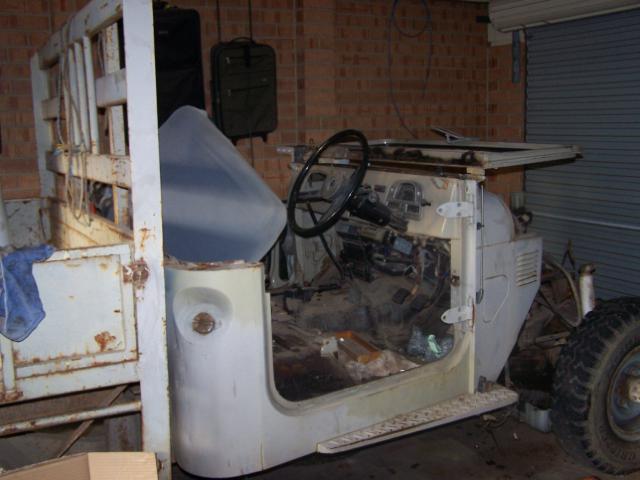 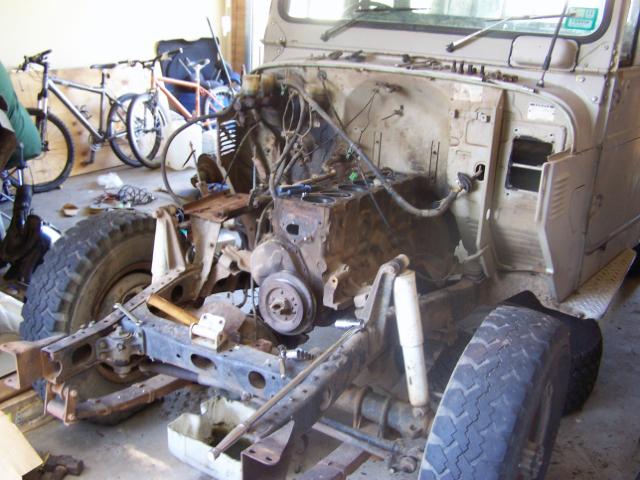 Don't mind Fogblanket. He has an aversion to RHD. I'm keeping my 45 that way. Just remember it will cost more to modify the steering or you will have to make LHD work like using a box that normally mount on the outside of a LHD (eg. Chevy). Looks like a good project.
1978 FJ40 Olive
1988 GMC Crew Cab 6bt NV4500 - project tow rig

Ha! my main aversion is toyota steering in general. , why not switch to lhd and saginaw if you are starting from scratch. parts ar easier to get.

having followed the Velvetta threads Al definately is up to cutting up and modifing a cruiser.

Haha, no worries. I plan on keeping it RHD for now and if it bugs me enough down the road I will swap it over. But, I don't plan on swapping it before I at least give it a chance.

Ill run what I have in the past, a ported toyota box/ auto tranny cooler/1.75 8"stroke ram.

Leaping Deer said:
Just remember it will cost more to modify the steering
Click to expand...

It is pictured here with your rhd shifter.

The box was pulled from tofu's rig today. (with permission)

I will give it to you next time I am in St Auggie.


Did you pick up the hood and other parts yet?

It is going to be one kewl rig!
Last edited: Oct 27, 2008
Land Cruiser Parts For Sale (@cruiserjunktionparts) • Instagram photos and videos


Negative on picking up those other parts yet. The guy that has them is this super old stoner with dreds and he is a weee bit on the finicky/fickle side of things so its either hard to get a hold of him or hard to get him over by the trucks. I started looking else where for more 40 parts.

Well slowly getting some work done. Most of the work has been just clearing the heard and cleaning out some cruiser parts to make room for the new project.


The 60 series split case has been rebuilt and for the past few nights I started to break down the toy box.

In order to run the toy box I have to swap an output shaft out of an H42 to to the H41, so I can run the toy box behind my H41. Which means both need to be broken. Oh how I love pulling bearings out of this transmissions

When the new output shaft gets put in I will also put some fresh Koyos in it.

I forgot my flash drive with the pictures on it I will throw up some pictures of the progress later on tonight. I also bought a rust free bib,and aprons. I traded some parts for a hood that will need a little work. I will get to work preping them for paint then.

Next on the "To Do List" is to pick up steel for the frame and start mocking it up..

Got injured a little while ago when a grinding disc exploded on me. So, I have been taken it easy. Hopefully will have the tranny/toybox/split case done this week.

Also have been gathering and painting parts. Got the first coat of paint on the windshield frame and ordered some new gaskets from C-Dan for it.

I am going to go thru the windshield wiper system and clean it up as well. I have to order some stock pewter grey to repaint the gauges/glove/box. I am also going to paint the hood hooks that color because I like it better than black and chrome.

Also thought it was a cool idea to paint the TR beadlock wheels the factory grey color.