The Northern Chumash Council, which is not a registered tribe but a nonprofit corporation, has proposed to NOAA to designate 7,670 square miles of ocean and 156 miles of coastline as sanctuary. Conservation groups are claiming we need to listen to the tribes and their expertise. First, this is not a registered tribe, second the Chumash Tribe, not the Northern Chumash Council, has used this area for years for recreation purposes including fishing. All of these activities will be restricted under this sanctuary designation. 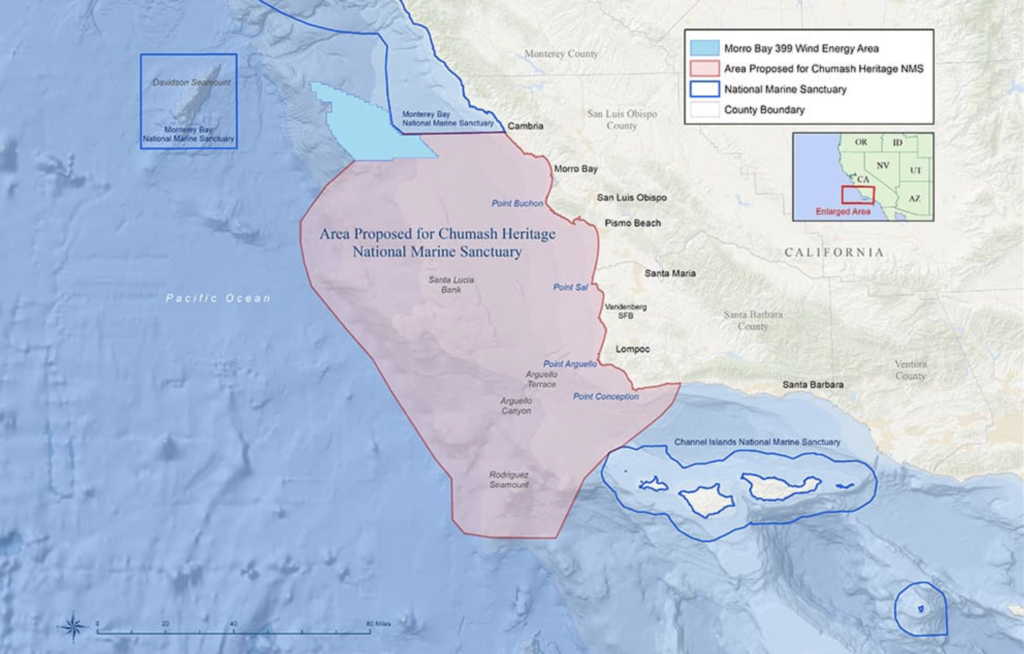 Public comments are accepted until January 10th and there are many conservation groups flooding NOAA with comments in support of the designation. This designation has been proposed in the past and because of broad range opposition it has not been successful. Below is the rejection letter from 2015. This is why submitting comments, sharing with others and including in your comment your interest in this area is so crucial. 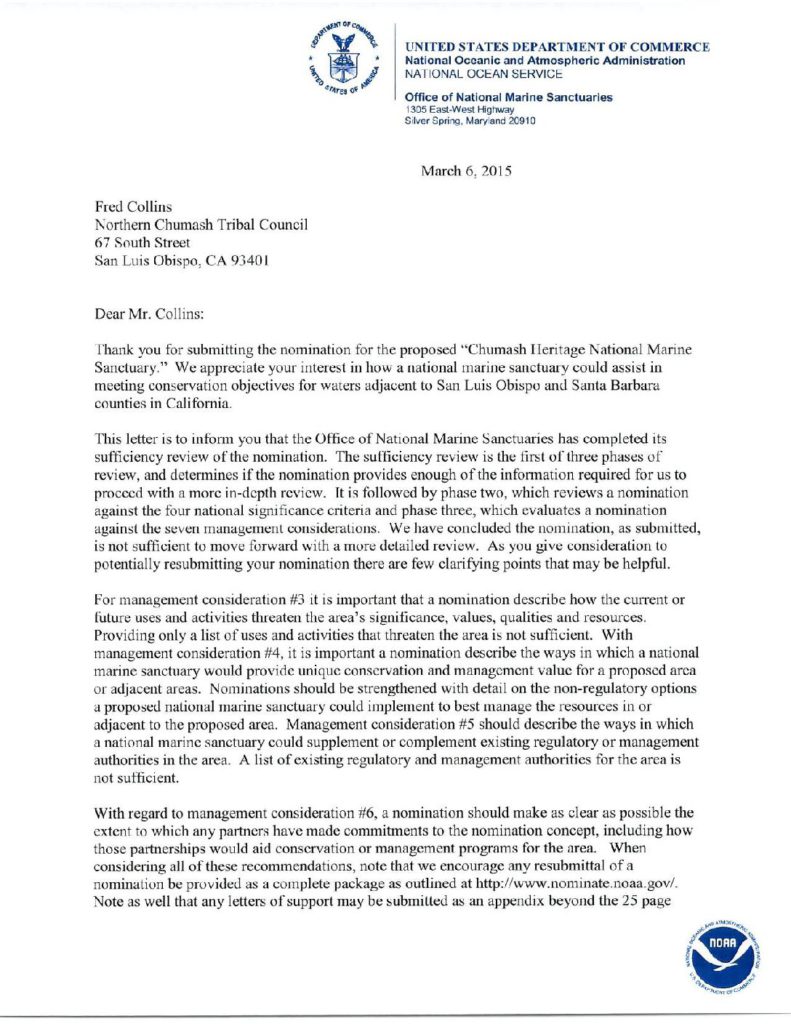 Adequate studies have not been conducted to ensure this designation will protect what NOAA claims it will protect and to show the effects it will have on the economy. We know this will greatly hinder the tourism industry and NOAA needs to be held accountable for the financial loss that will occur as a result of the designation. BlueRibbon is also concerned with the lack of public involvement. It seems as only the Northern Chumash Council and conservation groups have had a place at the table during this planning process.

As we often see with the Antiquities Act, this is a complete abuse of power and conservation groups are working to lock up and restrict access to an egregious amount of land and water. This area is already protected under many layers such as the Endangered Species Act and many federal regulations for commercial fishing and recreation. This sanctuary would be located in between two other previously designated marine sanctuaries, the Monterey Bay National Marine Sanctuary to the north and the Channel Islands Sanctuary to the south. On December 15, 2021 the state of California released a draft for Pathways to Achieve 30 X 30 you can read the draft and provide comment here. We are concerned NOAA will use this designation as a way to achieve the drafts goal of 30 X 30.

Submit comments on the Marine Sanctuary by January 10th.

May 19, 2022
Blue Ribbon Coalition
B
B
Fees and Reservations Proposed in Rabbit Valley, Within the McInnis Canyons National Conservation Area, Colorado