So I finally got the photos resized:

They have about a half inch at the center of the tread. I currently running them at 30 psi front and 32 rear. 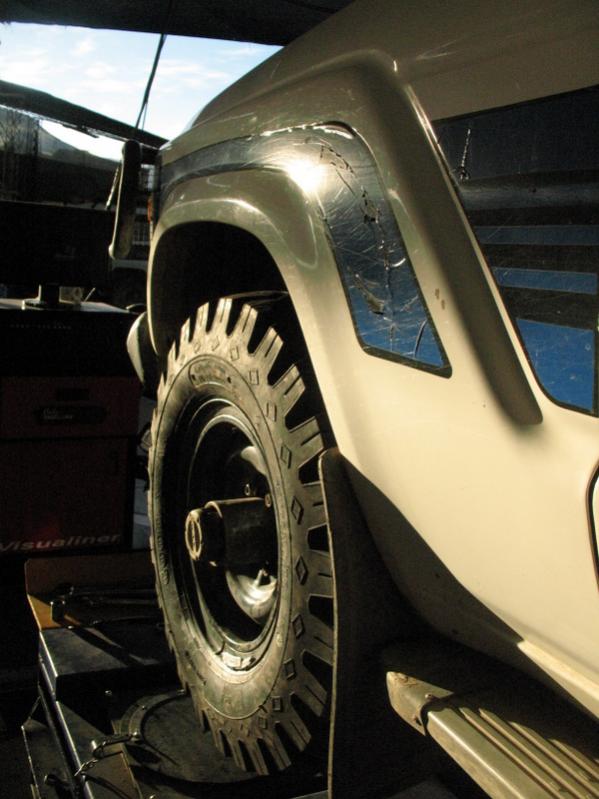 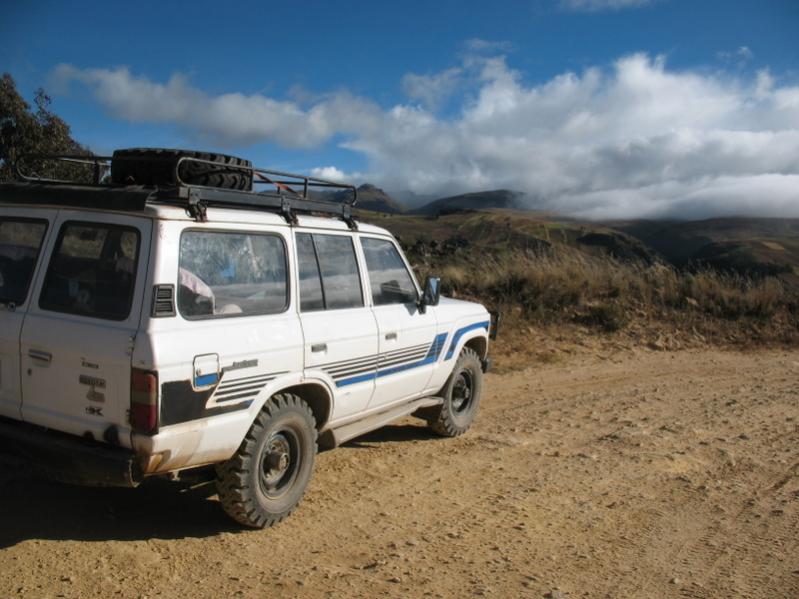 around the Montana in a variety of Suburbans
TLCA# 23522

"If Australians can't possess alcohol on planes, the terrorists win" IronYuppy
"He just has an odd way of wishing he could see your piss fenders that's all..." Joe_E
"lol - I don't read all of what you post, I just respond..." wob

Those look a lot like the old Goodyear Custom Extra Grips that I put on my FJ 40 back in 1978. Ran them on a 3/4 Ford truck too. Loud on the road but loved the tires.

Tony
1982 BJ 60 Wheeler, tractor, daily driver and everything else. Lots of changes since it left Japan. For more on the rebuild go to www.thewagonway.com. The site is dedicated to the 60 series but lots of other good stuff.

I dig em!
Got an old school style tread for sure.
C

Dieseler said:
Ambi door 60 Cool is it a domestic or imported
Click to expand...

The tires were made in Chile - I used to have a set of these on a Chevy pickup in the US. They aren't as loud as a lot of MTs and def. not as loud as swampers. Again, though my max speed is about 100 km/hr with the 3B.

They measure just under 32 mounted and sitting on the vehicle - (30 psi front and now 35 in the back) they measure 31". I raised the pressure in the rears to 35psi because they were still getting warmer than the front ones. Not too warm, but warmer. I'll run them this way for a couple days and then may drop them down to 28 and 33.

Most people run them around here at 40 or 50 psi and so they are bald in the middle with plenty of edge tread left. That is somewhat unavoidable given that they are bias ply and narrow.

As far as the '60 goes, it was originally in Paraguay. It is all original except for the striping. It came to me with 15" wheels and 31x10.50s BFG ATs which are great until you get offroad here in the mountains - the rocks have TEETH!! Oh, and it had black fiberglass mud-guards which I removed immediately. I LIKE it dirty - less chance that it will get stolen

around the Montana in a variety of Suburbans
TLCA# 23522
You must log in or register to reply here.

Anyone see any good Labor Day deals on tires?