My fix for the crappy RAM Garmin 62 mount

As some might have realized Garmin hasn't yet come out with a noteworthy suction cup mounting system for their 62 series GPS. Also, RAM, which makes otherwise good mounts, hasn't come up with a cradle that makes use of the 62 series' metal slide mount system. RAM still tries to shove its old 60 series cradle down your throat. Well I said "F that S" and I solved it as follows:

Garmin makes a 62 series compatible bicycle mount that's just a little plastic clippy thing with some zap straps ($10 at MEC). RAM makes good ball-and socket type suction cup arms ($25 ish at thebcgpsstore.ca). Put the two together and you can have a nice crisp and clean 62 mounted in no time.

Just snug up the zap straps with some pliers and you've got a solid mount with none of that plastic crap getting in the way of your pushing the quit and enter buttons. 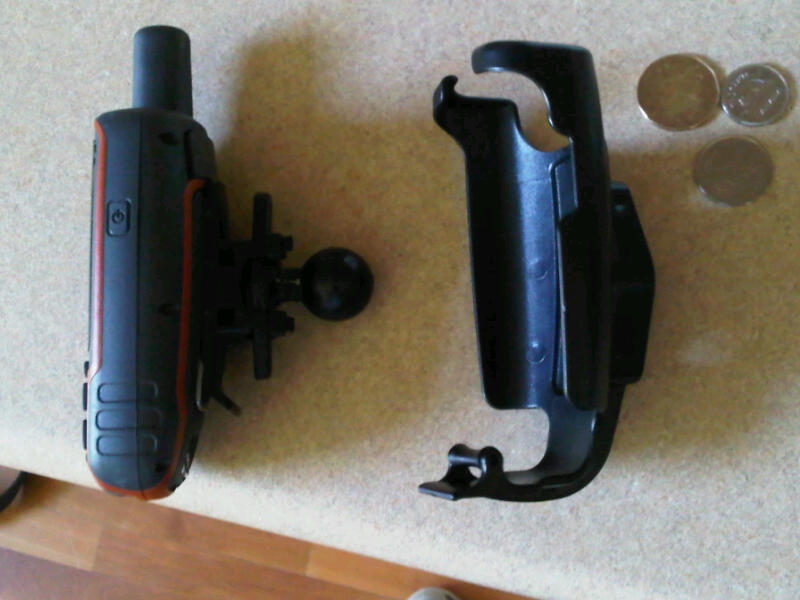 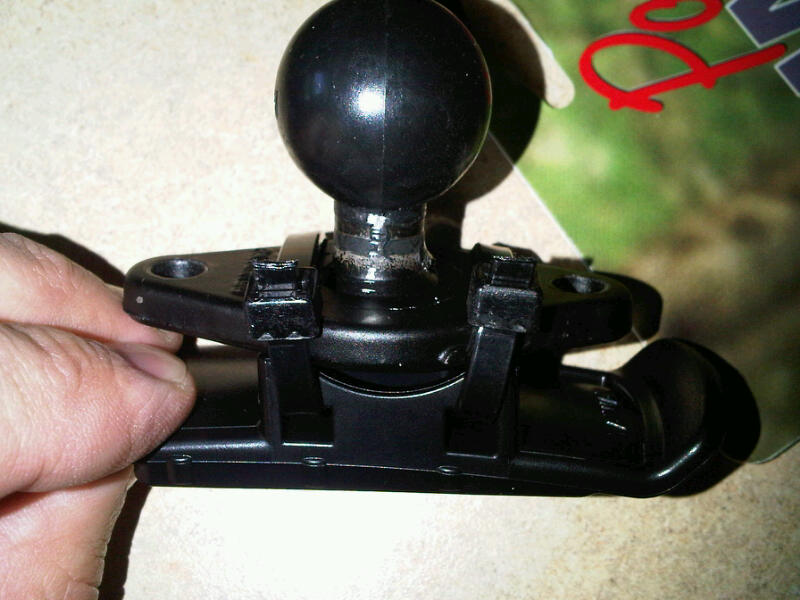 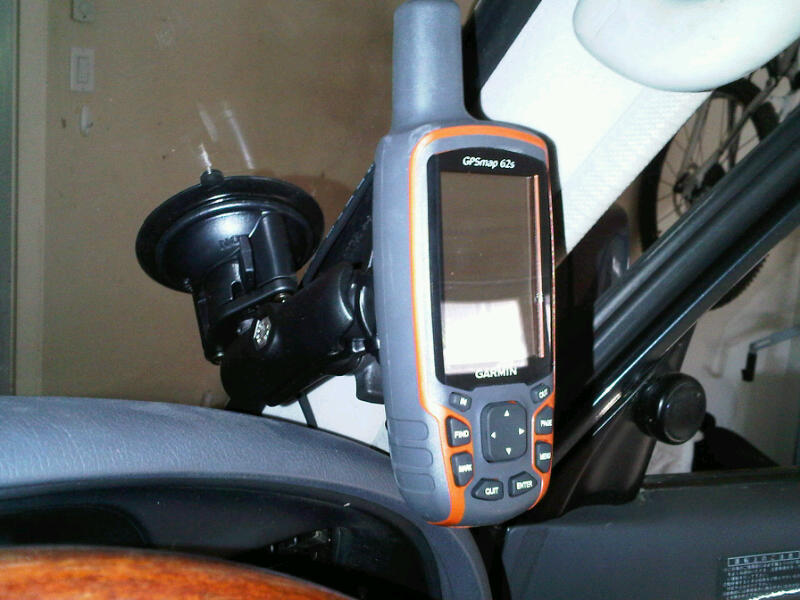 How different is it from the RAM mount for the 60CSx? I have nothing but good things to say about my 60 windshield mount.

Enigma said:
How different is it from the RAM mount for the 60CSx? I have nothing but good things to say about my 60 windshield mount.
Click to expand...


I suppose I could have been clearer. The RAM suction cup and the ball-and-socket-type army thing are rock solid. What RAM doesn't make is a cradle (to use their terminology) that connects directly to the back of the 62's integrated slidy-clip thingy. The cradle that RAM sells you for the 62 is the big thing on the right of my first pic which basically cups the entire GPS and is the same as that for the 60, which didn't have the slidy-clip thingy. The 62 has a metal thing built into the back of it (pic one below) for which Garmin makes a number of different (proprietary, I guess) cradle/mount combos. But neither manufacturer makes a cradle that BOTH makes use of the metal slidy clip AND can attach to a suitable suction cup mount, such as the RAM one we both seem to have. As far as I can tell, only Garmin makes any cradle to marry directly with the back of the 62, but they only have a crappy marine mount (for which you need to drill holes in your dash) and the zap strap bike mount.

Until RAM makes a 62-specific cradle to attach to its suction cup ball-and-socket mounts, this will be my temp solution.

Pic three is RAM's 60 mount which they seem to think is suitable for the 62. 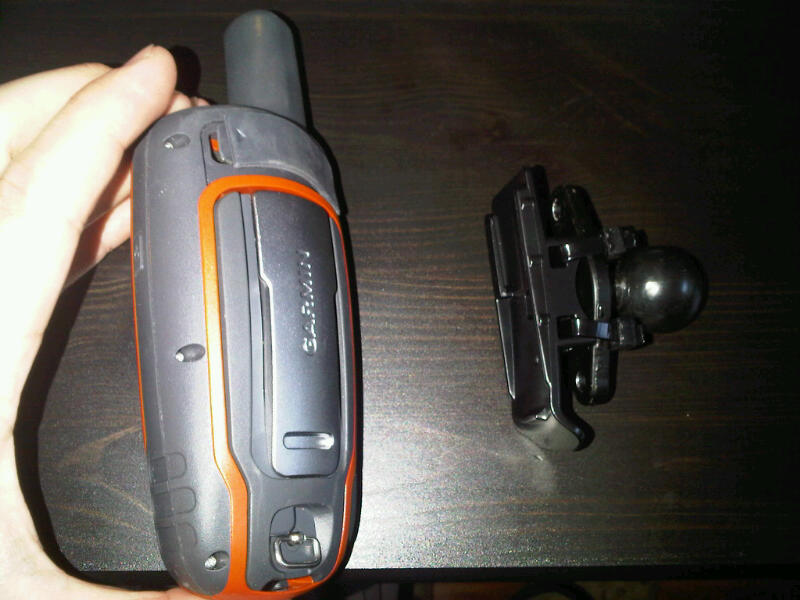 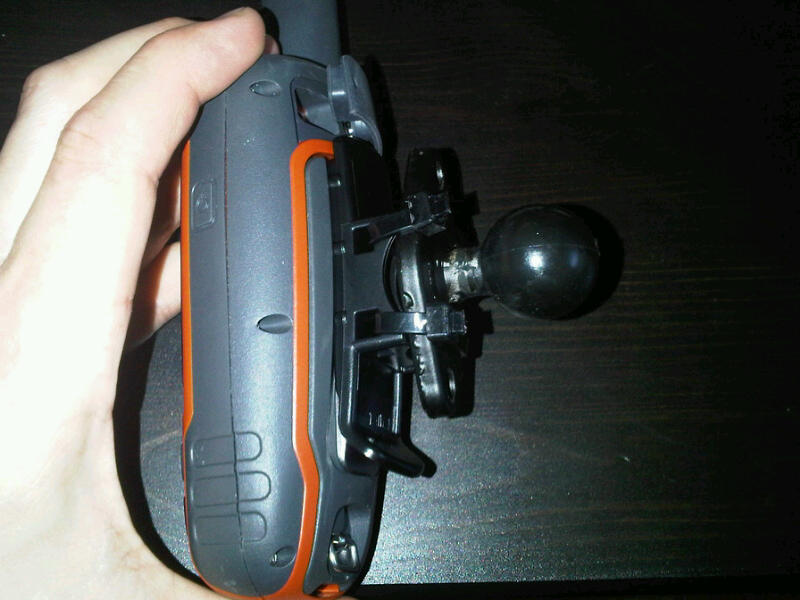 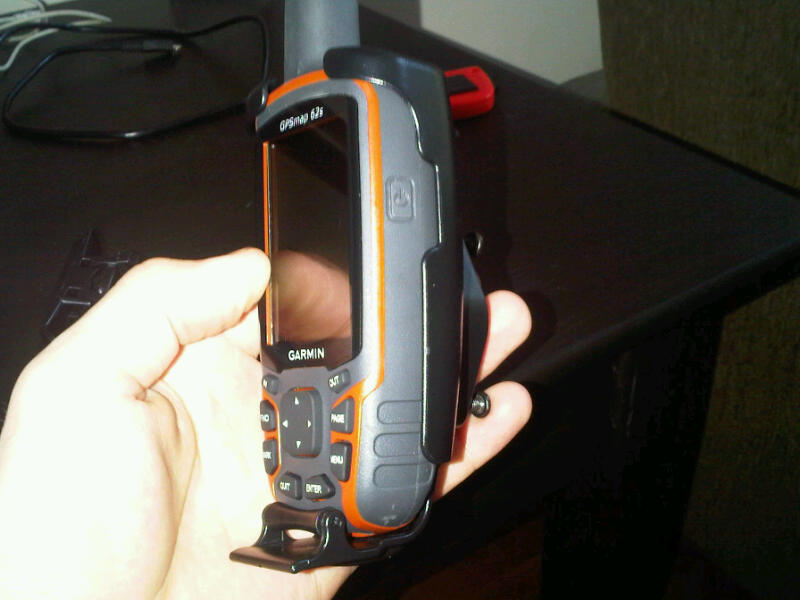