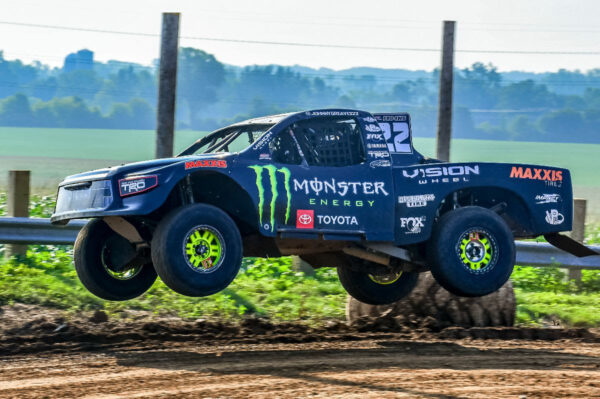 Monster Energy athletes remain a perfect eight for eight in Championship Off-Road Pro 4 competition thanks to yet another weekend sweep at Dirt City Motorplex. With both races held on Sunday due to averse weather conditions on Saturday evening, it was a pair of legends taking the checkered flags—Johnny Greaves for the 100th time in his illustrious career on Sunday morning, and Kyle LeDuc over CJ Greaves on Sunday afternoon. 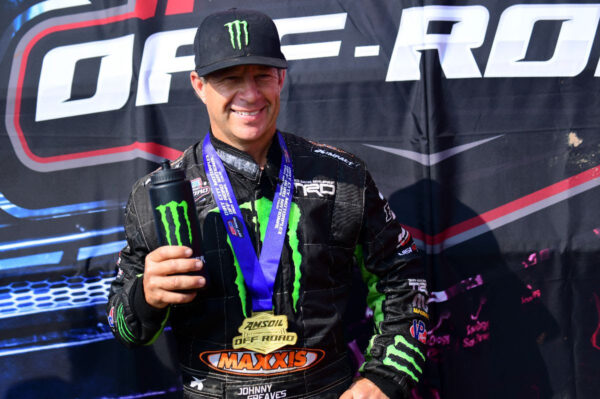 Johnny Greaves’ milestone victory on Sunday morning was by no means an easy one. He had led the event early on before making contact with a tire and spinning around, but methodically climbed back into podium contention after the incident. When CJ Greaves slowed on the final lap, Johnny made the winning pass to ensure the victory stayed in the family. His first win of the season was also his third podium appearance of the year after dual podiums at Crandon International Raceway in June. 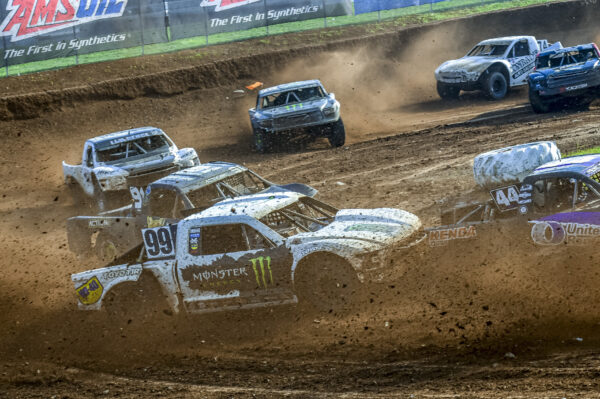 The dramatic afternoon race was another battle of attrition, with multiple drivers falling out of contention from either crashes or mechanical issues in the lead. LeDuc and CJ Greaves had been battling for second when the door opened, once again on the final lap, for a spot atop the podium. LeDuc would end up taking the trophy for the class-leading fourth time in 2021, but the race was decided by just .284 seconds with Greaves hot on his heels. 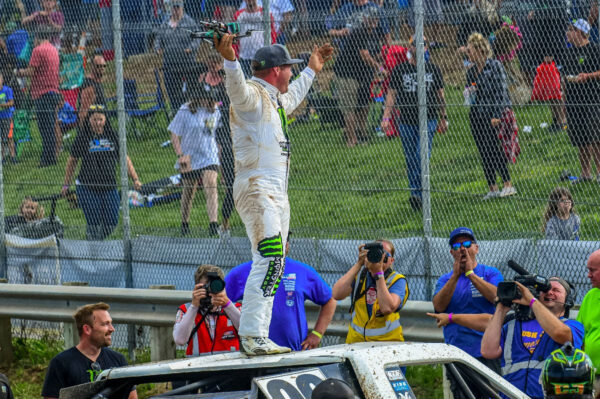 The battles at Dirt City have set up an exciting showdown for the remaining two events in the Championship Off-Road season. With three victories and a class-leading seven podiums in eight attempts, CJ Greaves holds a five-point lead over LeDuc for the top spot. Johnny Greaves remains well within the top five of the championship in fourth. Beyond all eight victories, the Monster-backed trio has combined for 14 podiums thus far in 2021, including back-to-back podium sweeps in the Crandon Brush Run. 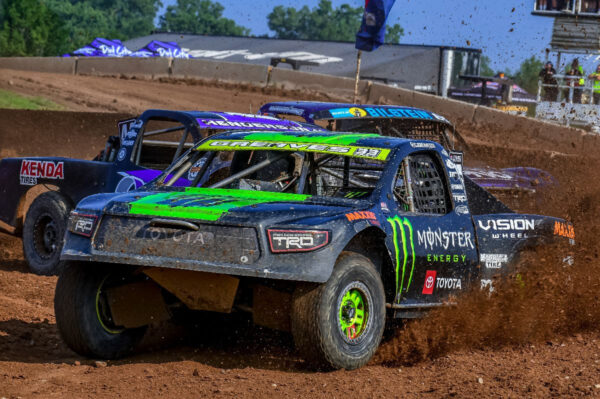