I would've thought there was write-up on this, but searching turned up nothing too specific. I've been using my farmer jack to get hitched and unhitched from the truck. I'm getting too old and slow for this, so looked around for a trailer jack solution, on a budget. Harbor Freight offered up several choices. I wanted a wheel to allow me to easily relocate the trailer in the garage.

I tried their single wheel trailer jack. It's supposed to be rated at "1,000 lbs" but not sure it's up to that. There was a lot of slop in the stamped mounting swivel. Returned it and picked up the "1,500 lbs" trailer jack. Much better and it sports 2 wheels to make rolling easier. It also lifts a little higher. The swivel has 4 mounting bolts and this allows them to be tightened up if there's a little too much slop. Importantly, the swivel has two locking bolts instead of the single bolt on the lower capacity swivel.

The drawbar is 3" tall on the M101 CDN and the HF jack mount bolt holes are sized to fit this or larger drawbars. I also have a propane tank tray and a smnall crane mounted on or around the drawbar. After some test fitting, I found a sweet spot that allowed everything to work while avoiding interference between the trailer and the prime mover while turning, as well as allowing the jack to tuck up out of the way. Here's what it looked like. 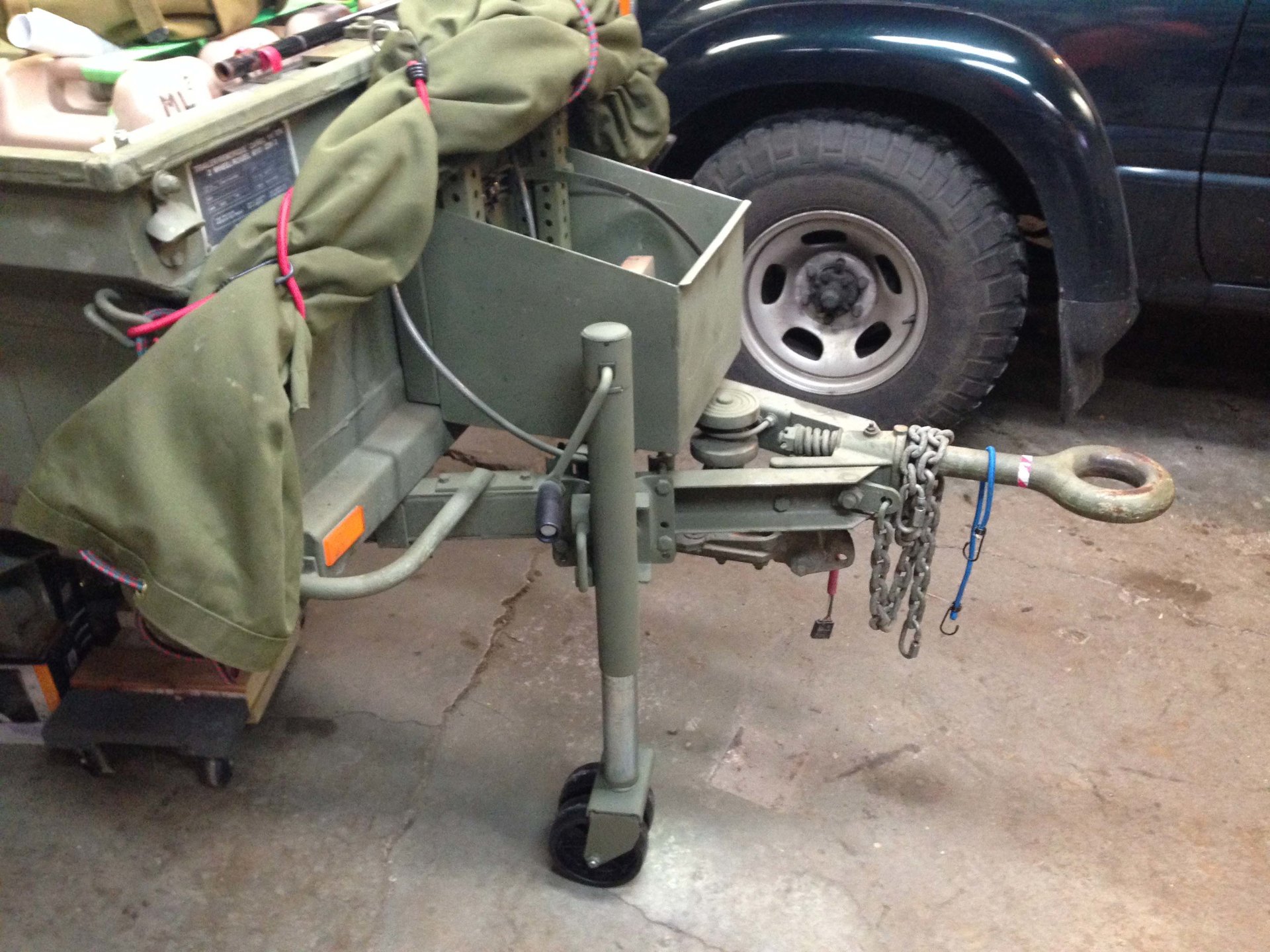 The whole thing rotates to tuck up neatly out of the way. 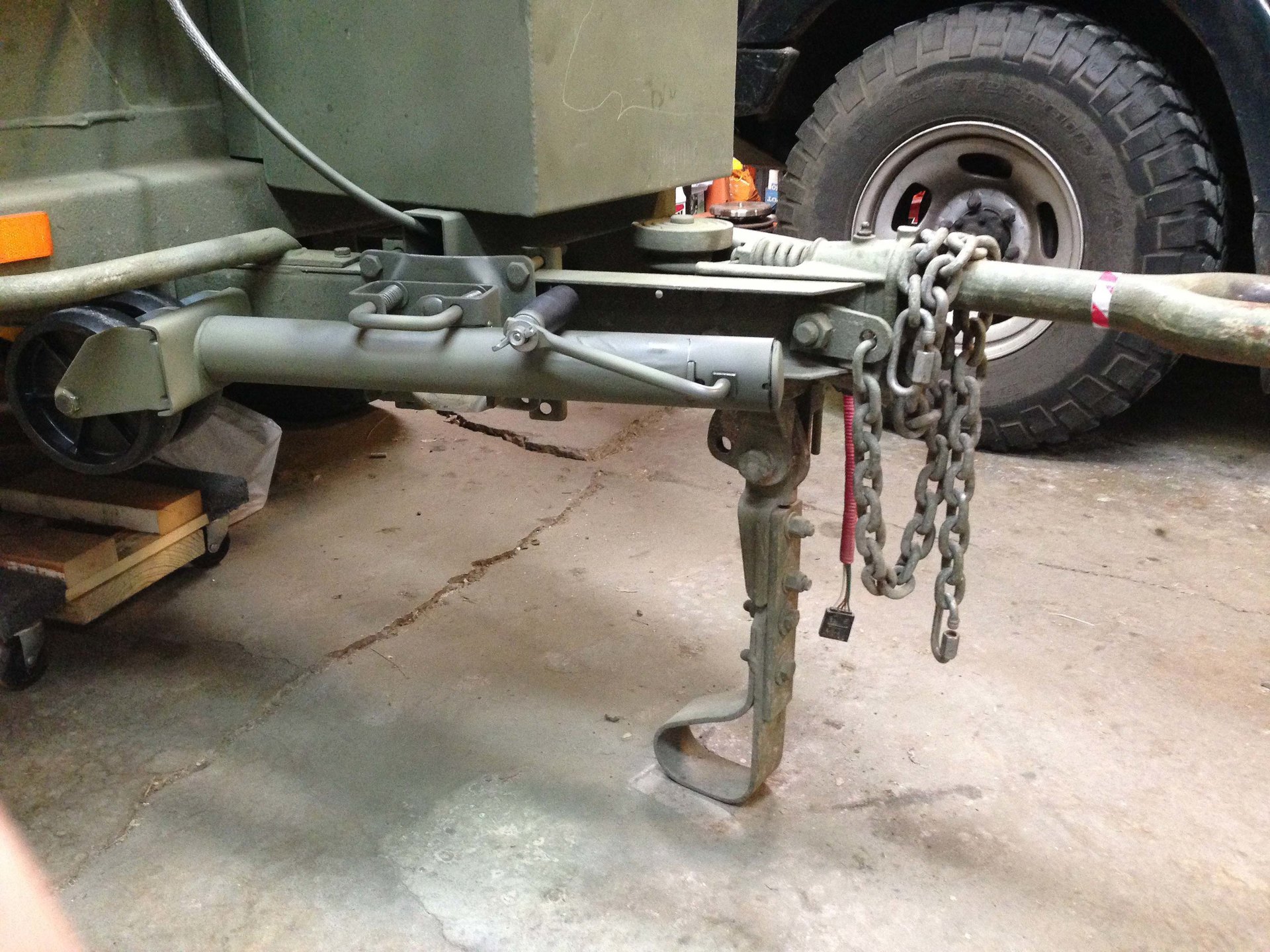 For better clearance, the crank handle unbolts and rests the handle on top of the jack stand in travel position. I intend to use a bungee for safety still to ensure the handle doesn't bounce around. 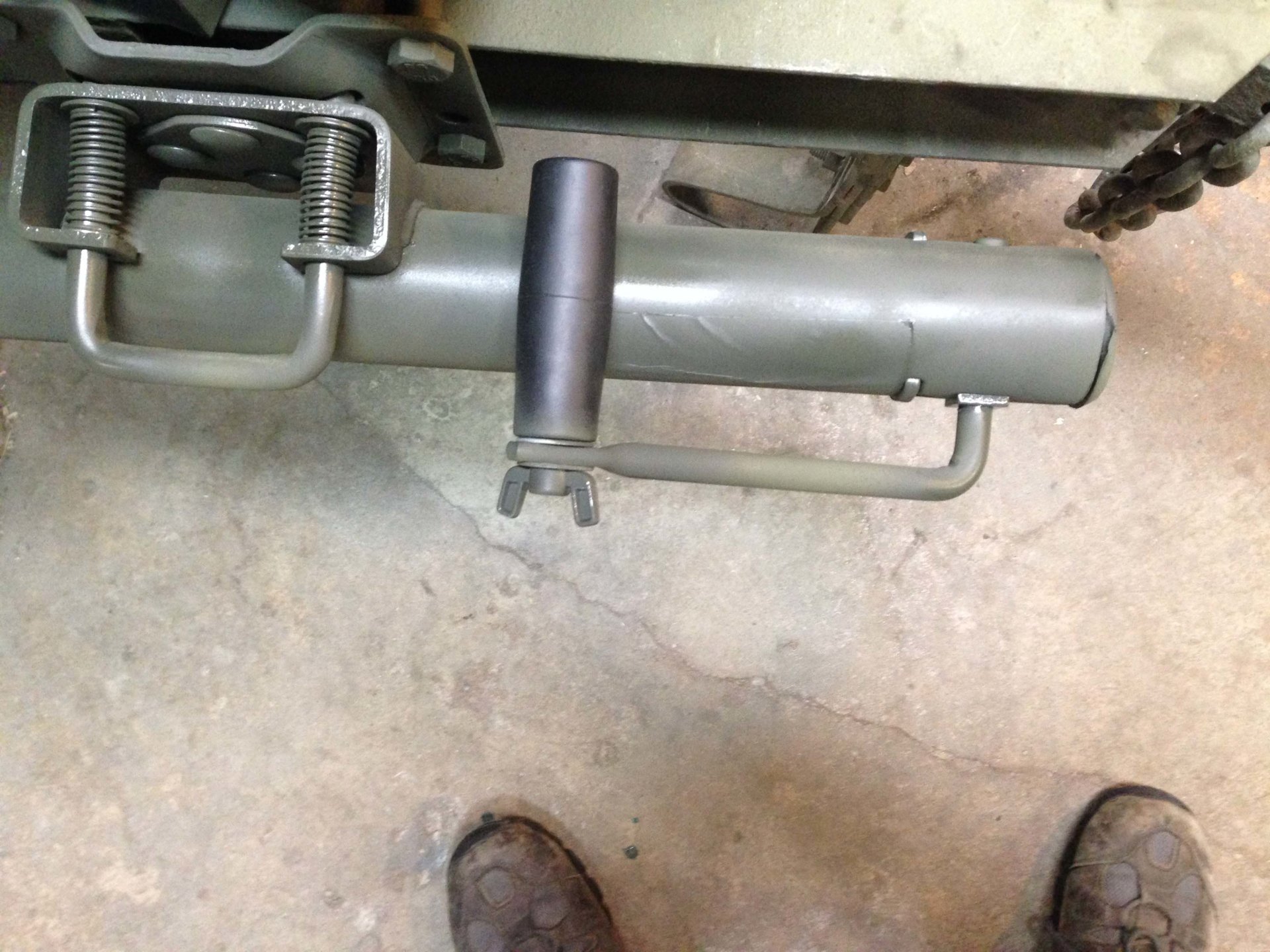 THis jack (HF #67500) provides a sturdy, workable solution to having a little more convenience when hicthing and unhitching your 1/4 ton trailer. Sure, it's not some high end item, but for a little less than $32 it works for me.
You must log in or register to reply here.

New to me Trailer

Need a cargo trailer, what should I focus on when buying? (Pulling w/ 2011 TLC)