It was good to see those who made it last night! As discussed, I am posting a new thread about updating the logo. @gregnash shared info about an artist in Carson City that might be able to do some artwork for us at more reasonable rates than Gavin Patterson. Here's some samples of Gavin's work and of Petrol Burn's work. These are samples of what they can do, not necessarily the angle, color, or details we would use. 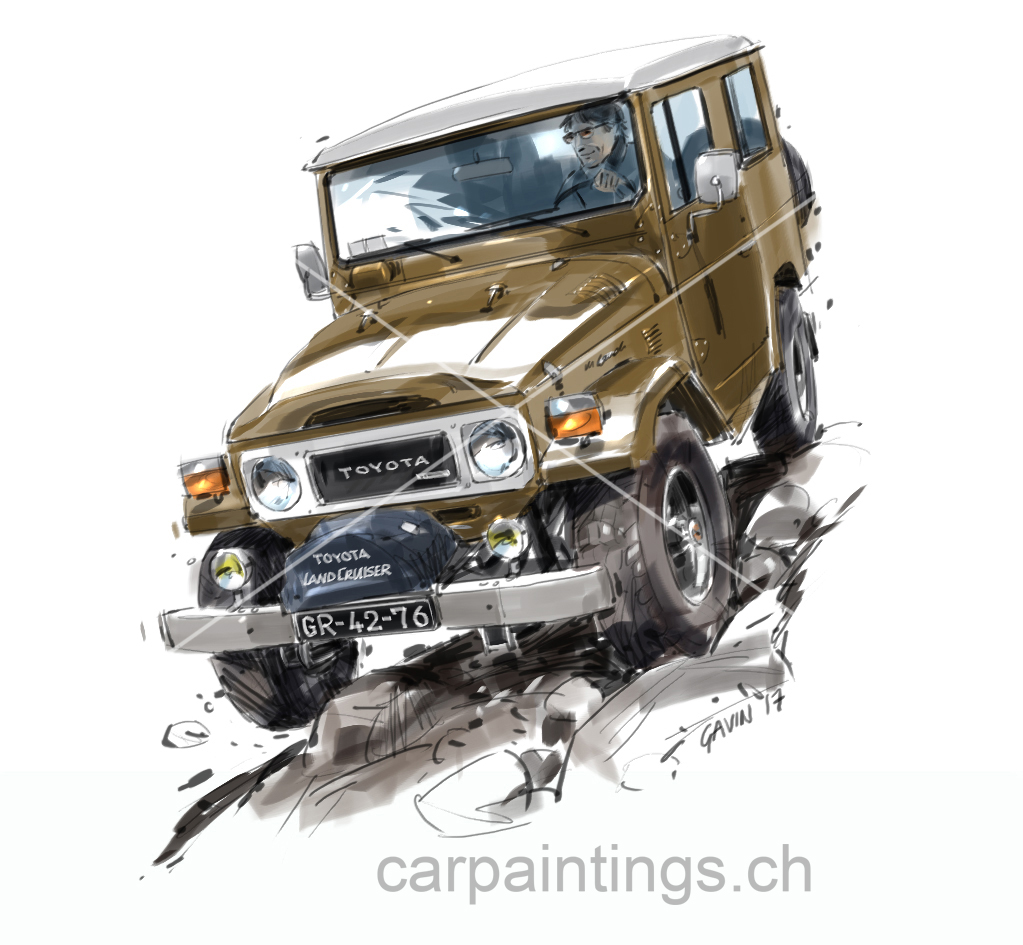 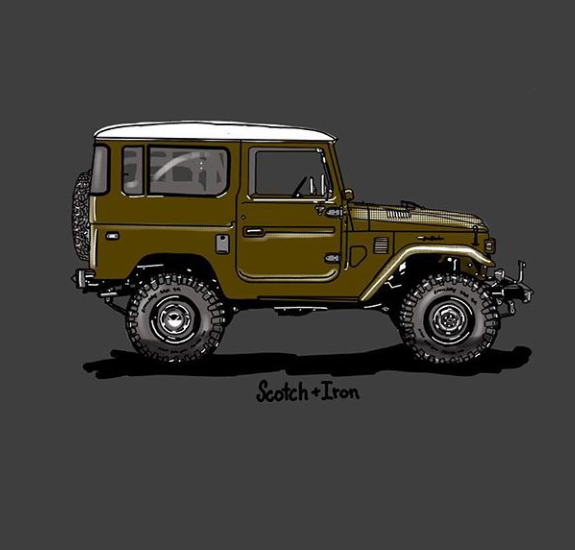 I will reach out to Petrol Burn to see what kind of costs we are looking at with him.

I did a mockup of a logo using Gavin's artwork a while back to show an example of something we could do. Greyscale would be ideal for apparel, while color would be great for websites and printed material. In the example below the background, space between the boarders and letters would be transparent and pick up the color of the material. 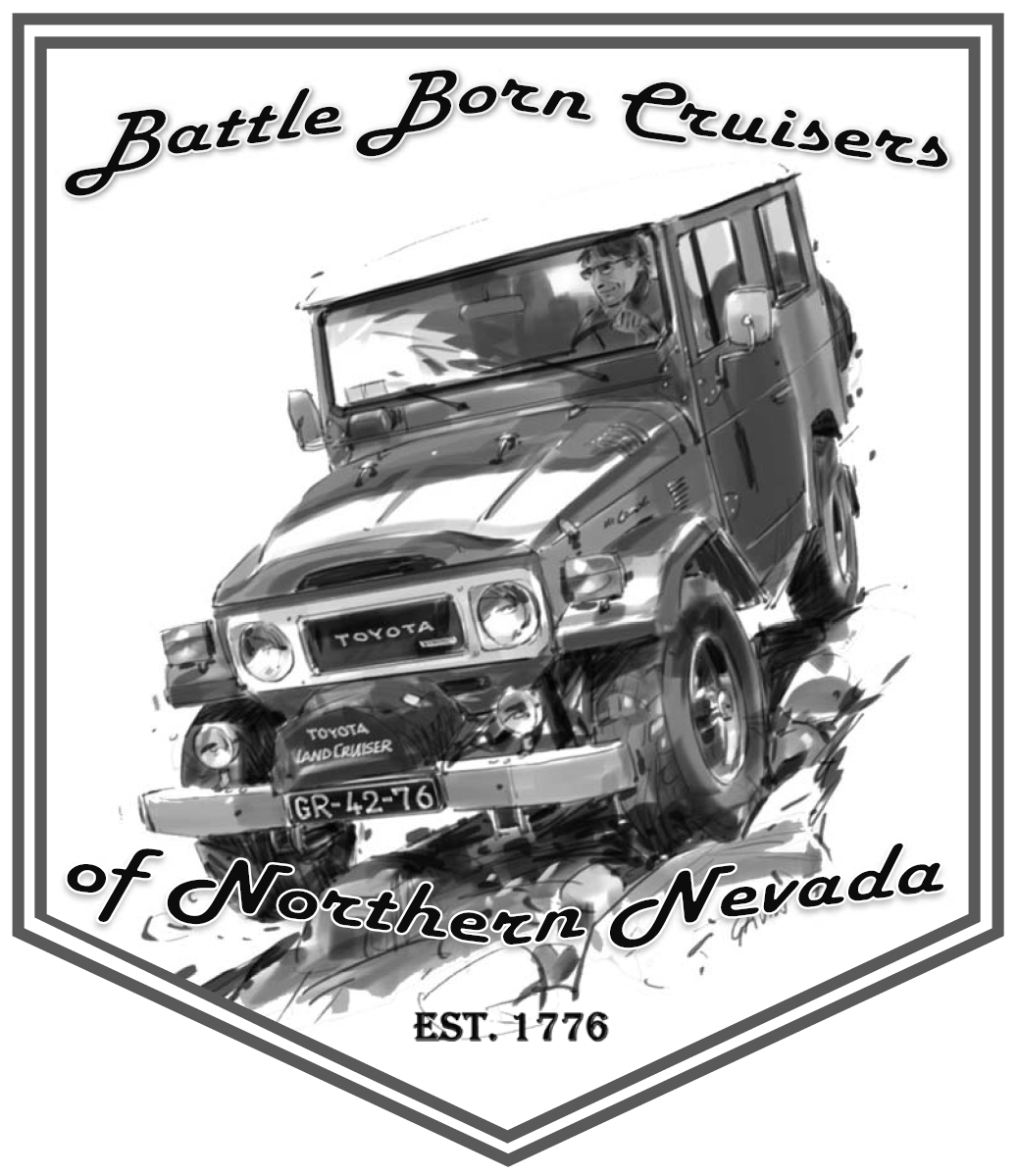 I did the boarder and letters, Gavin would only offer a vehicle drawing.

There was a lot of discussion around this yesterday. One topic that came up was to see if we could update/clean up our existing logo. I'm not a huge fan of the current logo, but perhaps we can keep it available as a "vintage" option for folks who like the old-school look. But here's the issues with the current logo...

1. LOTS of colors makes printing more complicated and pricey.
2. It isn't designed like a standard logo where much of it is transparent. This makes the logo heavy, hot, and subject to damage.
3. Due to the type of design and file, "updating" would be difficult. It would be a complete redesign.

The idea for a new logo would be that the "formal" version would have the 40 Series TLC, but that we can make the logo modular and interchange other Series vehicles if folks want something that reflects their current model or favorite model. In a modular design the lettering, frame and other surround is separate from the vehicle in the design (layer) of the graphic. That would enable use to interchange the vehicles. 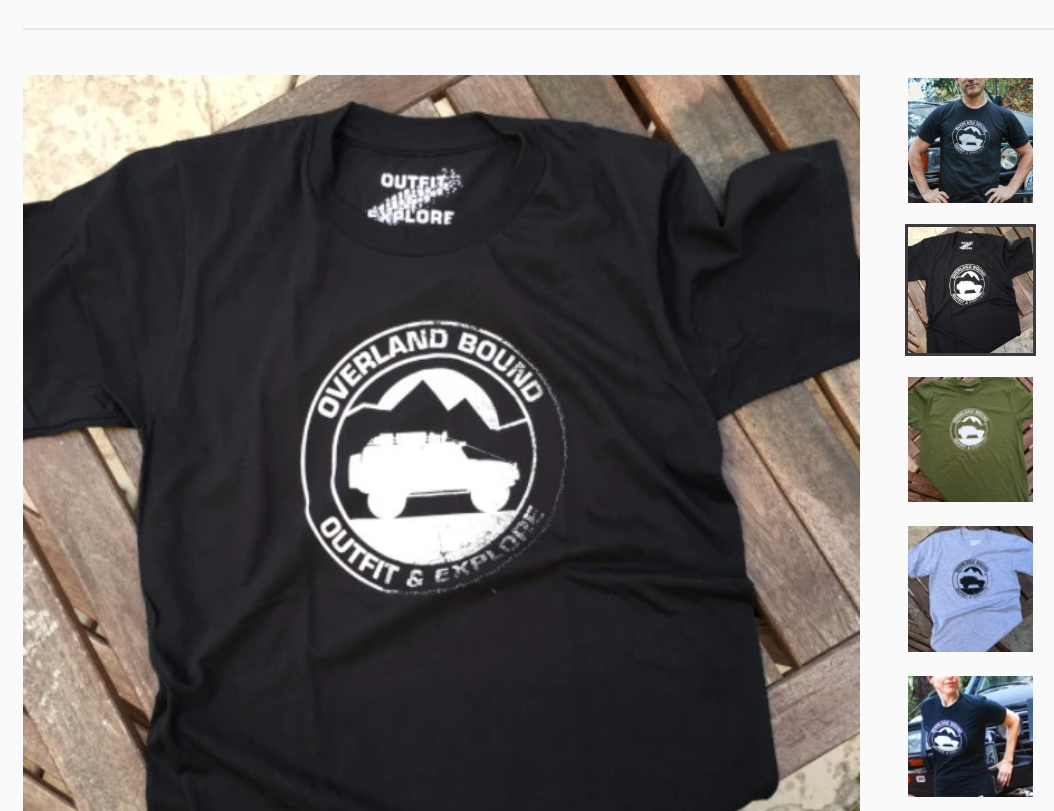 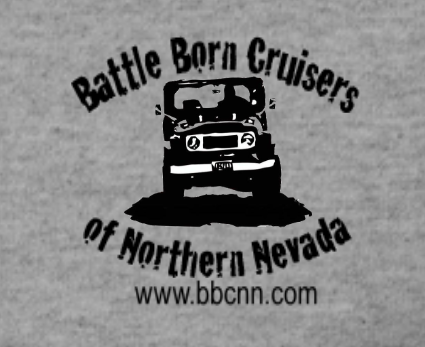 Petrol.Burn is not in Carson, just someone that I follow on instagram (used to be Scotch & Iron until he was sued last year). He had other Toyota Land Cruiser artwork at one point that he put on his t-shirts but not sure what happened to those (maybe got into issue with another artist or something).

I do have contacts in Carson for printing and also have a graphics design person if we need one.

Update: ih8mud uses a service called Reef Monkey to sell their merchandise dynamically without having to keep stock on hand. Here's how it works...


The guy at reefmonkey also does artwork for people. We will need to decide on a few options we like for the new logo and vote on them before we get prices from anyone.