BLUFF, two questions I'm looking to try and find an answer for (and I promise neither question is what to do with the wires):

1. Will the LEDs in the picture at the bottom fit the bill for a diode/idiot light in this swap?
2. given the particular challenges I'm facing with my current location, any general sense of "hey, did you order this" or "hey, that may not work" would be helpful, and a great time saver.

the rest of the post is a run up to where I'm at, and what items are coming together, hopefully with the necessary level of detail.

So, as part of the overall refit of my 78 fj43, I'm doing a 12si swap. It was, and will most likely still be at some point, a cs144 swap. but right now, I need to err on the side of safety, or at least minimal changes. each time I run up against a problem, it's a couple of weeks to get a new part, and there is no sending anything back from here. between the bracket, different variations in the cs cases, and the new bracket on order, the 12si route was the safest way to go at this point. details below. 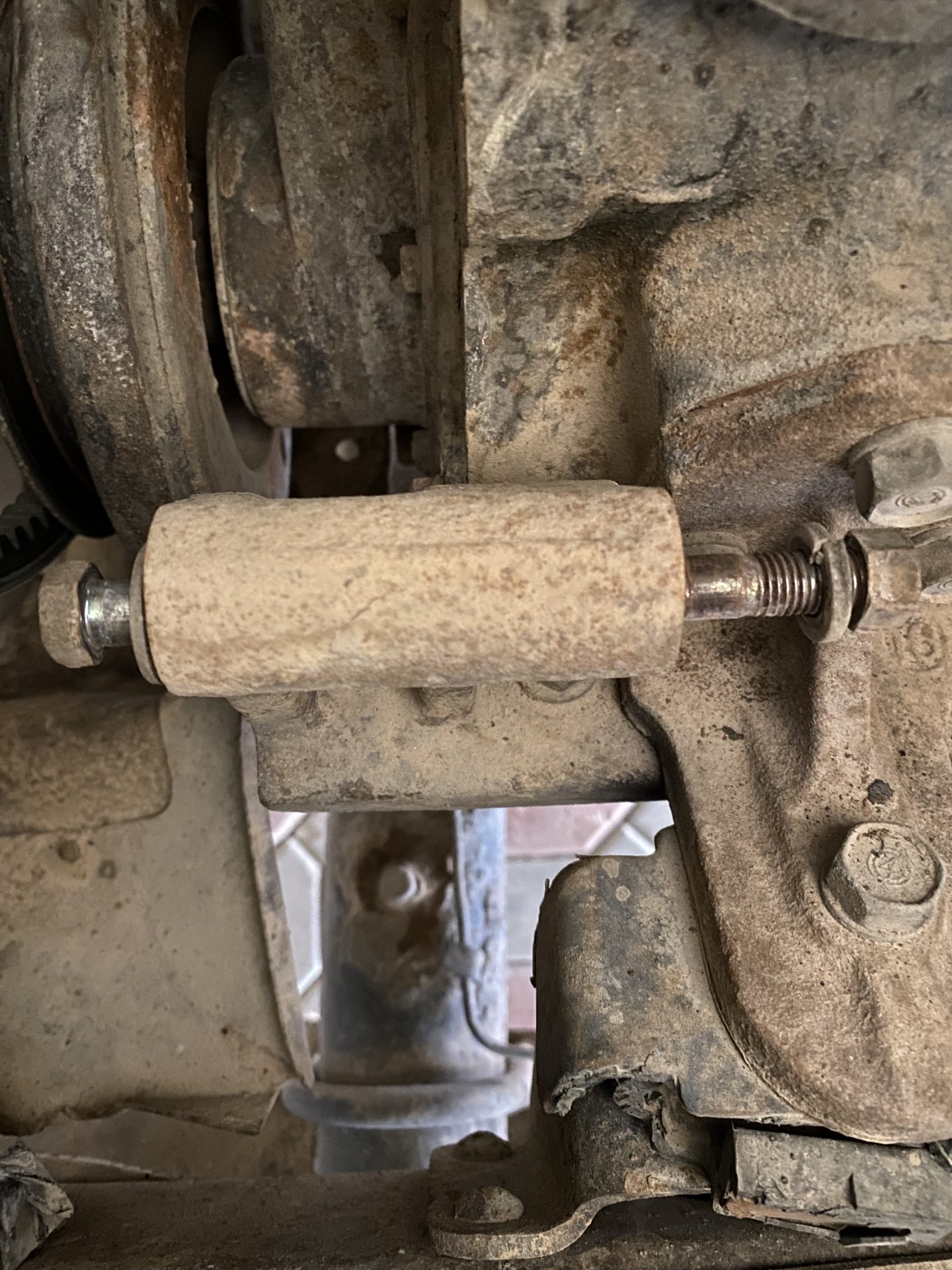 after posting here, I was told it was normally used for an air pump or belt tensioner. works for me, I wanted the alternator on the battery side anyway. After looking for a stock bracket, I decided that with A/C in the works and some of the issues i've read about in different posts that I was better off spending a few more bucks for vintage air's bracket kit made for a gm alternator and compressor. just knock it out now. I looked over the instructions, and it looks like i can install the alternator by itself for now without getting the dual pullies for the water pump and crank. so i put that on order 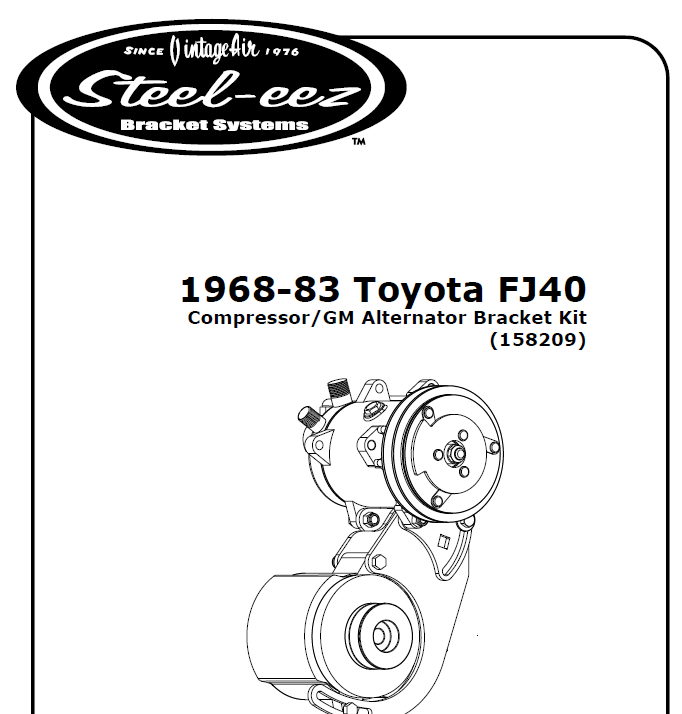 the bracket kit is made for a 10/12si, so i decided to table the higher output cs130/144 for a 100amp 12si. not sure about the cs case variations (i have almost 200 acdelco model numbers and outputs catalogued so far), didnt want to worry about dealing with a pulley swap, and just generally a higher confidence in a first time go if I use the case format the bracket was designed for. so I have the alternator, pigtail, stud cap and a couple of distro blocks enroute 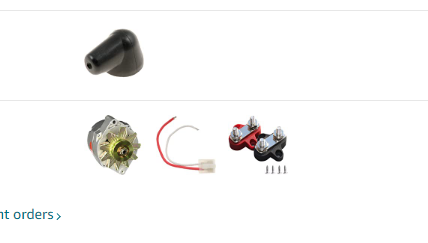 Now I also have a slew of 4ga wire, harness and fuse block, breakers for the battery and main fuse panel, relays for the high draw stuff, so that's all in the works. I've also ordered some extra wire just in case, because I don't see a conversation where I try to explain that I want TXL/SXL wire going very well here. and yes, the wiring map is an inprocess item. this is just a snapshot in time, lol. the only variation from the norm is that I will probably not jump the sensing wire directly to the lug. I think I'll run it over to the distro block by the battery, just a personal choice, and I think it'll look cleaner.

so with all that out of the way, I come to the final piece, the diode/idiot light. I pulled the brake and voltage light case from the dash, and of course, it's dead empty. checked the underside of the dash, no sockets to be found. but I dug around in some parts, and found that the dash light sockets fit it perfectly. the Led bulb for it appears to be a T10 wedge base. I'm getting a baggie full of pigtail sockets, and just randomly picked out a bag of bulbs. and I just found out there is a 5 attachment limit, so the bulb pic will be in the first comment. but here are the sockets 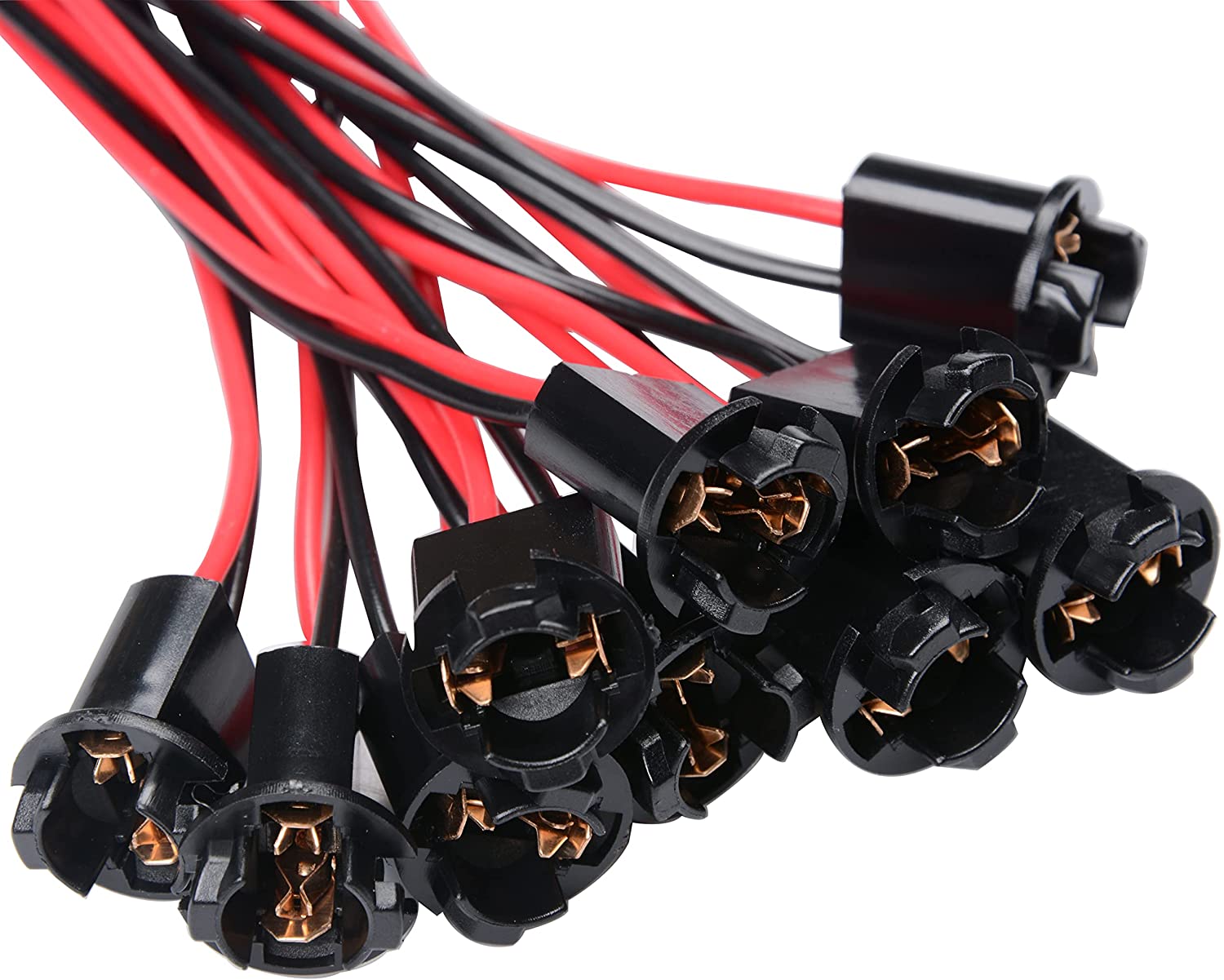 So given the sockets above, wired from the second alt wire to a switched 12v, and the bulbs pictured below placed to only allow flow from the switched 12v, does this appear to meet the requirements? they haven't made LEDs bidirectional in the last few years, have they? or some other 'gotcha' factor I may be missing?

the light bulbs in question... 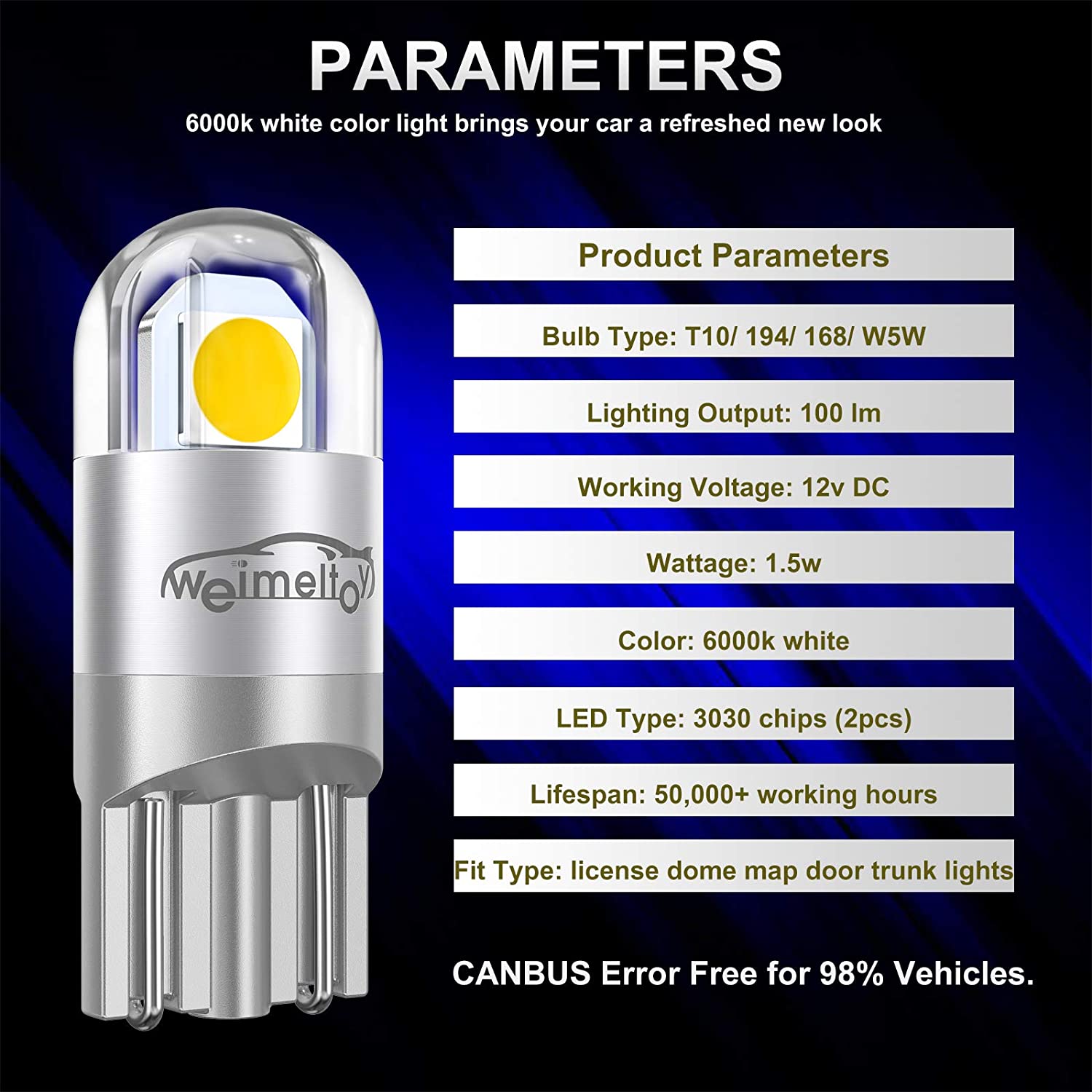 I found that an LED would still glow at reduced brightness after the alternator came up to voltage. You could tell the difference between normal and fault during the day, but it was still fairly bright during nighttime. I found it annoying and swapped in an incandescent lamp. I probably could have installed a resistor in series with the LED, but decided it was easier to go with a similar incandescent lamp.

spotcruiser said:
I found that an LED would still glow at reduced brightness after the alternator came up to voltage. You could tell the difference between normal and fault during the day, but it was still fairly bright during nighttime. I found it annoying and swapped in an incandescent lamp. I probably could have installed a resistor in series with the LED, but decided it was easier to go with a similar incandescent lamp.
Click to expand...

Did you have to install in one of the IN5408 diodes when you went to an incandescent bulb, or did the bulb alone do the job?

No diode used with an incandescent lamp.

That is excellent, thank you. the bag of sockets and bulbs should also take care of the E-brake light issue once i find the switch (or as i expect, the hole where the switch used to be). Short of some odds and ends of bolts that I can get locally, I think I have everything sorted to tackle this fiasco. looking forward to it, and I appreciate you sharing your experience on this. LED not going out would not have passed muster.

While it may seem overly specific, the truck has to pass an annual inspection to drive, and more importantly to ship from Saudi. So not only do I have to make it work, it has to be clean and proper enough to pass the 'Istamara'. this should solve everything except the ammeter, and I'm looking at options for swapping a voltmeter into the stock cluster that wont stand out too much. I prefer to wait on the Dakota digital solution until after it's back in the states, and I don't want to do the whole gauge cluster swap mod right now (if she's even taking orders for the metal pieces at the moment). I'll send redline an email, but I'm guessing i would have to send it to them in the states or buy one just to have it gutted (when I have two on hand here), so that's a non starter. I may order the short sweep auto meter set used in the gauge swap post and see if i can just finagle the voltmeter into place for the time being.
You must log in or register to reply here.