JBL Components Free to a Good Home (you pay to ship)

Just joined the forum, bought a 2007 LC a couple months ago. So far i've removed the rear spoiler (actually the airport parking deck did that) as well as the running boards and fender flares. The front speakers were blown, so rather than piecemeal replacement, i installed JL Audio throughout and a new five-channel amp. The front speaker cones are pretty torn up, but figured someone might want the brackets. The back door speakers look fine, and sounded OK before they were replaced. I've also got the amplifier and brackets it was mounted to, as well as the amp cover. I don't have the sub, the stereo installer didn't return that speaker. I'm not sure if anyone can use any of these items, but figured i'd offer rather than just trashing them. just pay shipping and i'll gladly send any or all of it to you. 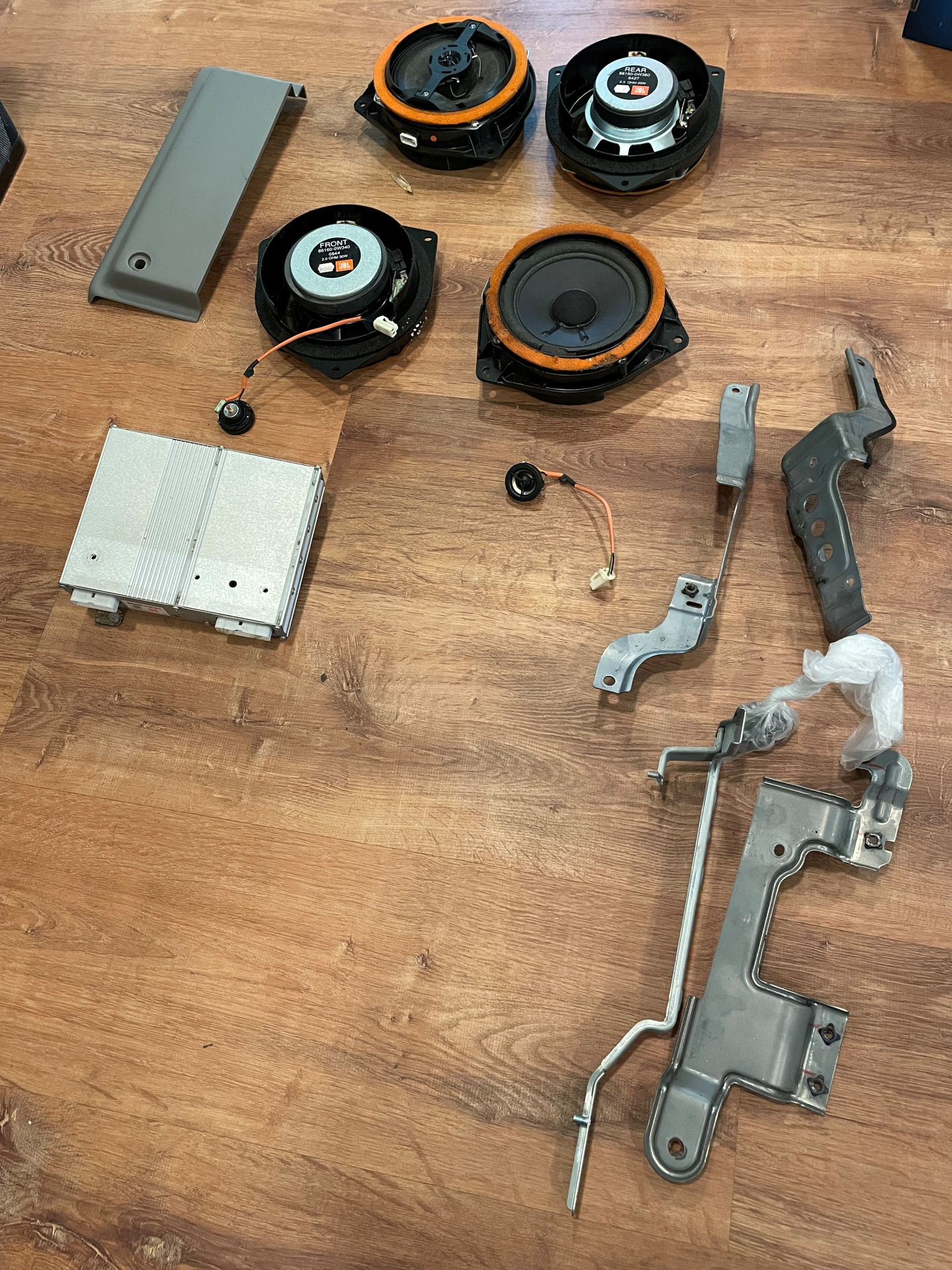