Its not pretty. a bit of rust just behind the door
other than that Its. great. no other rust.. its gonna need paint and seats but I want it
running right first. and just have fun with it.
PO had installed a painless wiring .. but not neatly.
I've got that just about sorted
decided to go to HIE dizzy and
a troll carb. I had a MSD laying around and will attach that also. have heard the opinions on them
but what the hell its just sitting in the barn.
I''ll probably go to a digital dash... because I can and it will give me modern input.
Only really pressing issue is the valves need adjusting. I'me reading up on that
I've never adjusted valves with a motor running hmmm 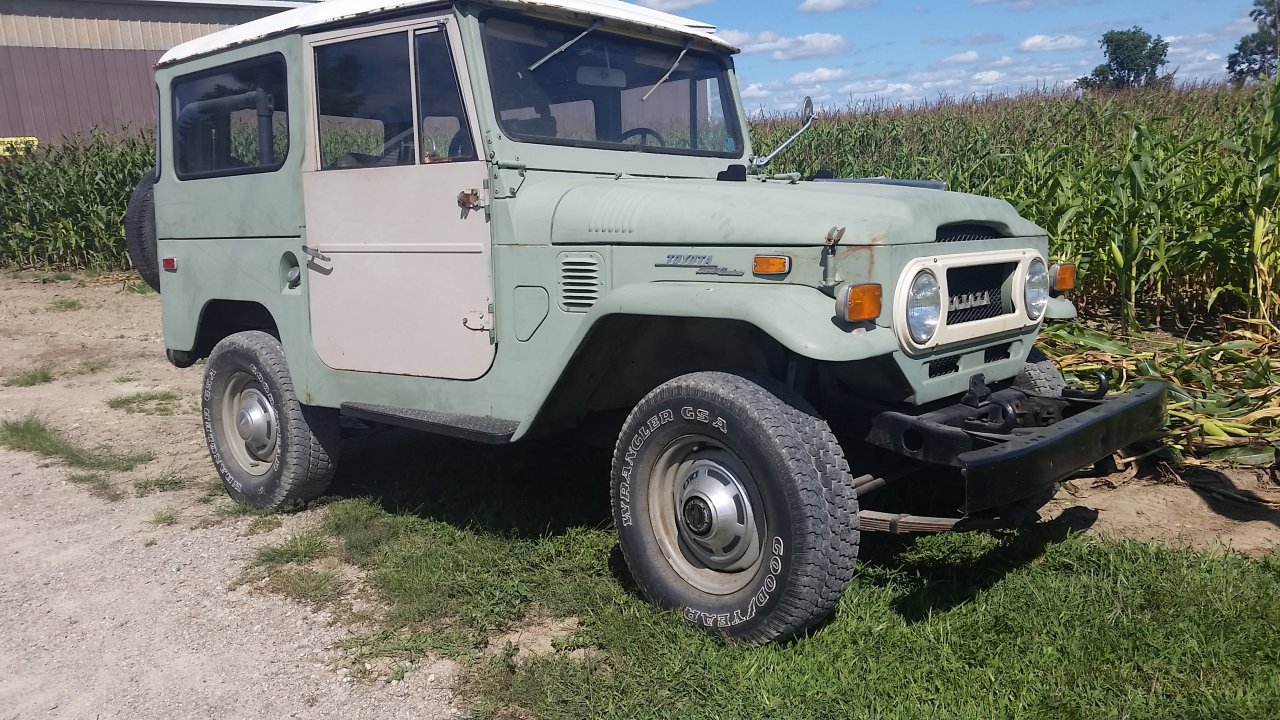 Nice score! Looks pretty clean! It'll be fun to work on. Where are you located?

Out side Detroit.
It was $3900 and it runs fantastic and as I say no rust. I'm only upgrading the ignition etc so it to make it a bit easier to start and run.
I've been working one the wiring and a decided that the digital gauges would be the way to go..
only other thing I've thought about is disk brakes. I won't have to cut the lawn in the back acre for a while. It probably won't grow back till next year. grin

Nice score, any idea of color?? sticking with the rims and tires?? or going bigger...
P

no Idea on the color yet. small rust under each door at the seams. nothing really... no bigger tires needed.
I was hunting around in the barn and found some porsche seat. I may see how those fit. if not I'll think of something
You must log in or register to reply here.