Our members previously engaged in this project through the Scoping period. The BLM has now released the second part to the planing process which is the Environmental Assessment (EA) and the public can submit comments on it up until August 30, 2022. You can read our previous post regarding the proposal here.

The EA released, covers a 10,514 acre area that will update the Travel and Recreation Management Plans. Three new alternatives are being proposed with alternative D being the “recreation friendly” alternative. 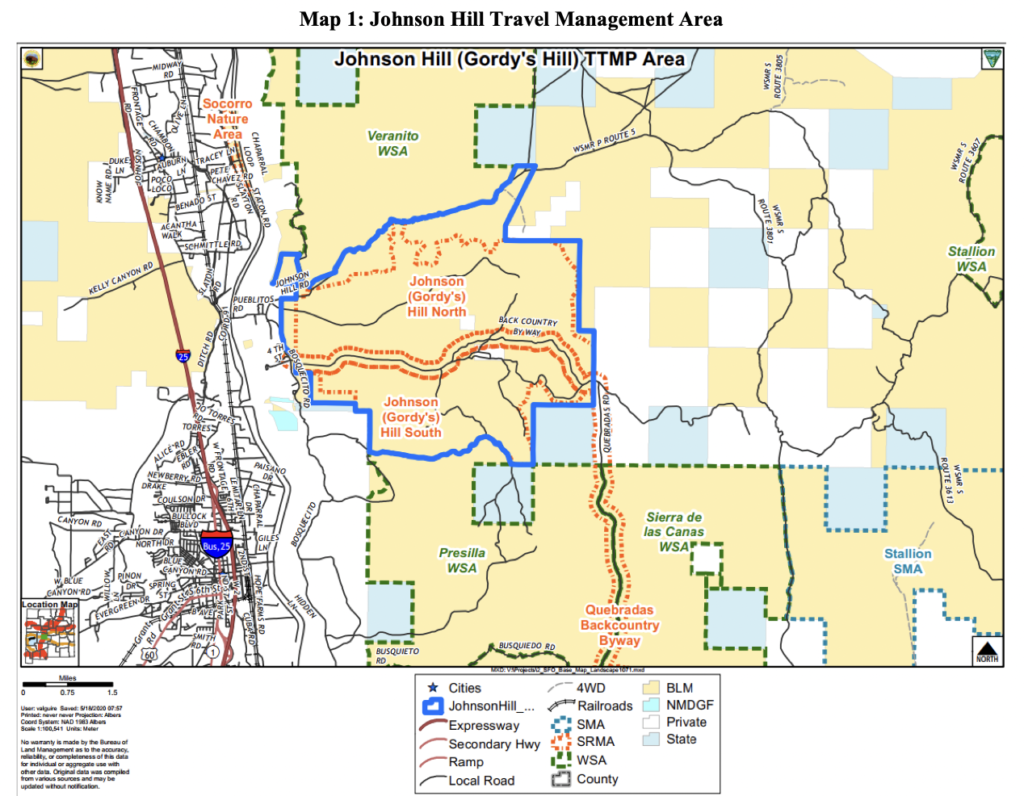 You can see from the chart above that Alternative D allows the most routes to be open (other than the current plan, Alt. A), with a total of 128.1 miles of routes but 54.1 of those routes will be limited use. BRC doesn’t believe this is a true recreation alternative because Alternatives A and C have elements we would like to see in a recreation alternative. We believe the BLM needs to analyze an alternative that expands upon the current recreation amenities, keeps the maximum number of routes open as possible, and only closes routes because of compelling needs to mitigate environmental impacts. The closure of routes do to limited use isn’t a good reason for permanently closing routes. Because of the acknowledged light use, the environmental impacts would be negligible, and there is no harm in keeping the routes open. Alternative A also proposed staging areas and other recreation amenities such as toilets, shades, campgrounds, etc. that should be included in a recreation alternative. Permits for events such as races and other special recreation permits would be unlimited through Alternative D, which is also an appropriate element for a recreation alternative. Even though the creation of new routes isn’t in the scope of this project, we hope that in the future the BLM will consider the construction of new routes based on this provision in the EA:

“The construction of new routes is not in the scope of this project; however, the possibility of future addition of new routes is part of the operation and management of the overall travel network (see Implementation Guide). As part of ongoing travel management associated with this Travel and Recreation Area Management Plan, route designations may be added or changed in the future to respond to growing public demand for access, rights- of-ways, or concerns of damage to resources”


Although Alternative D closes the least amount of mileage to motorized use, BRC believes those routes still provide a purpose and need and should not be decommissioned. We understand there is always pressure within BLM offices while planning travel networks to close routes, but there is no legal justification for this impulse. It’s ok to leave routes open if they’re not hurting anything.

You can compare the maps of the alternatives below. 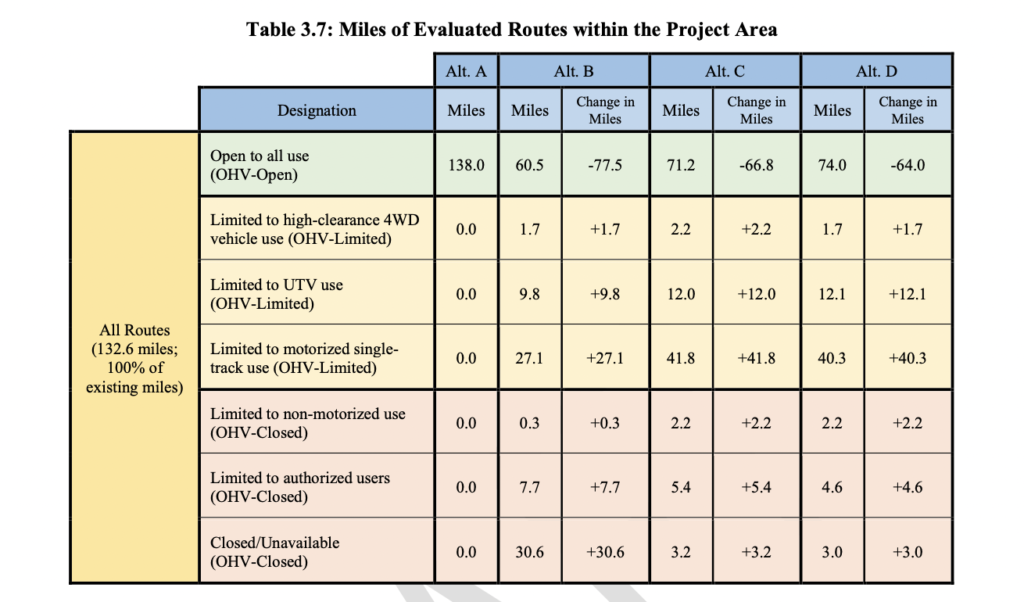 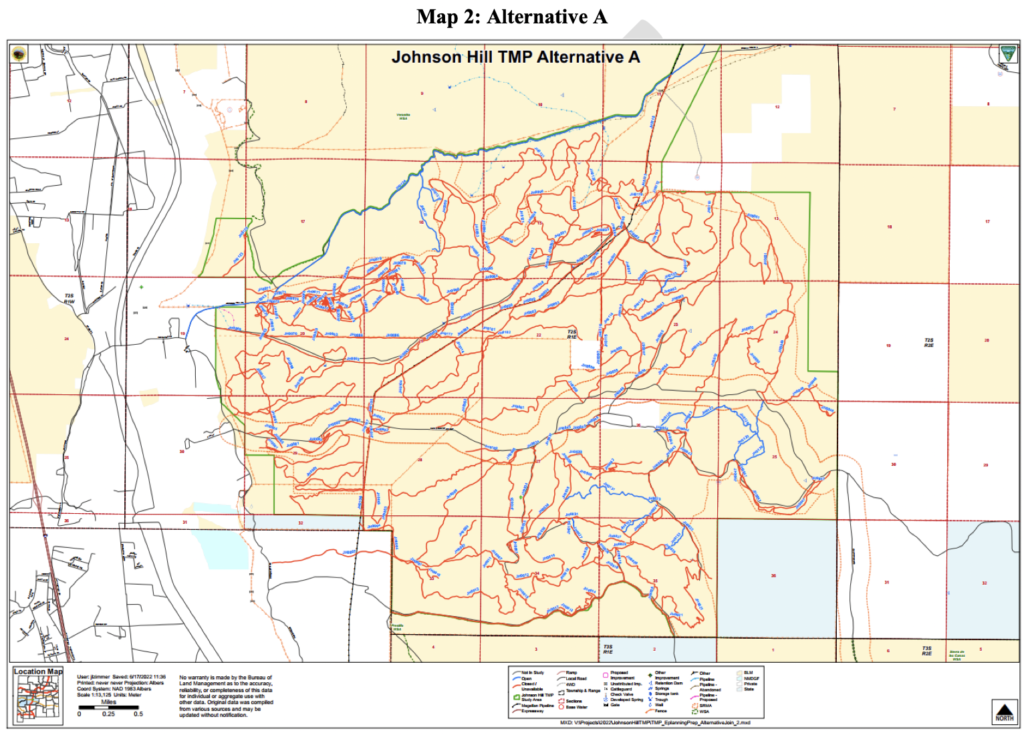 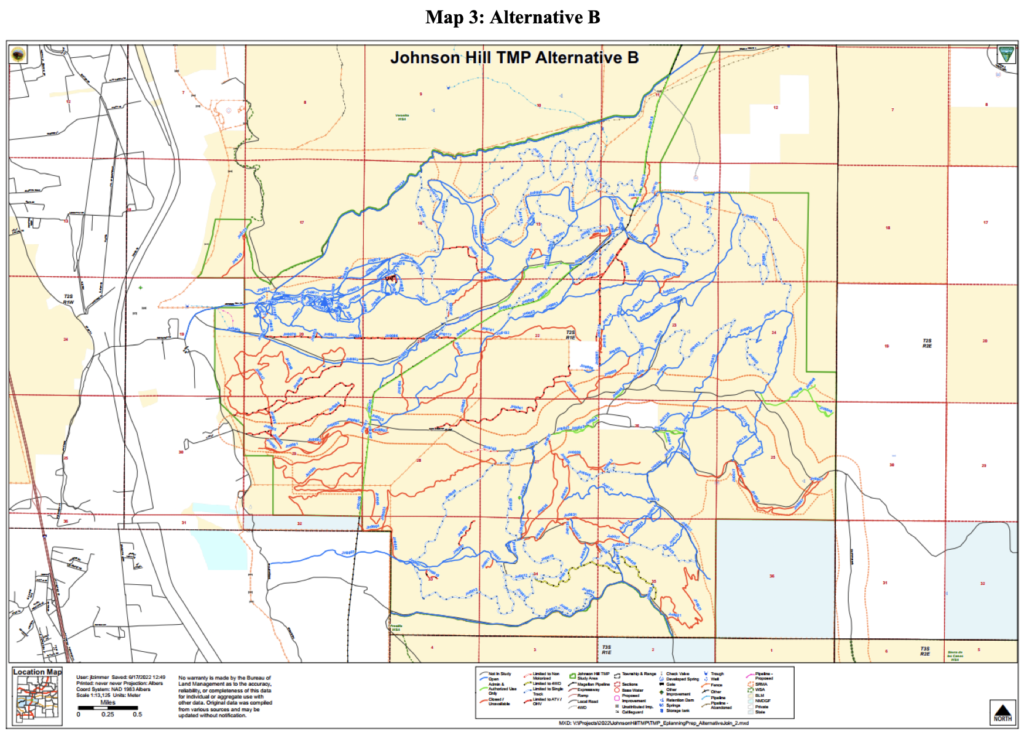 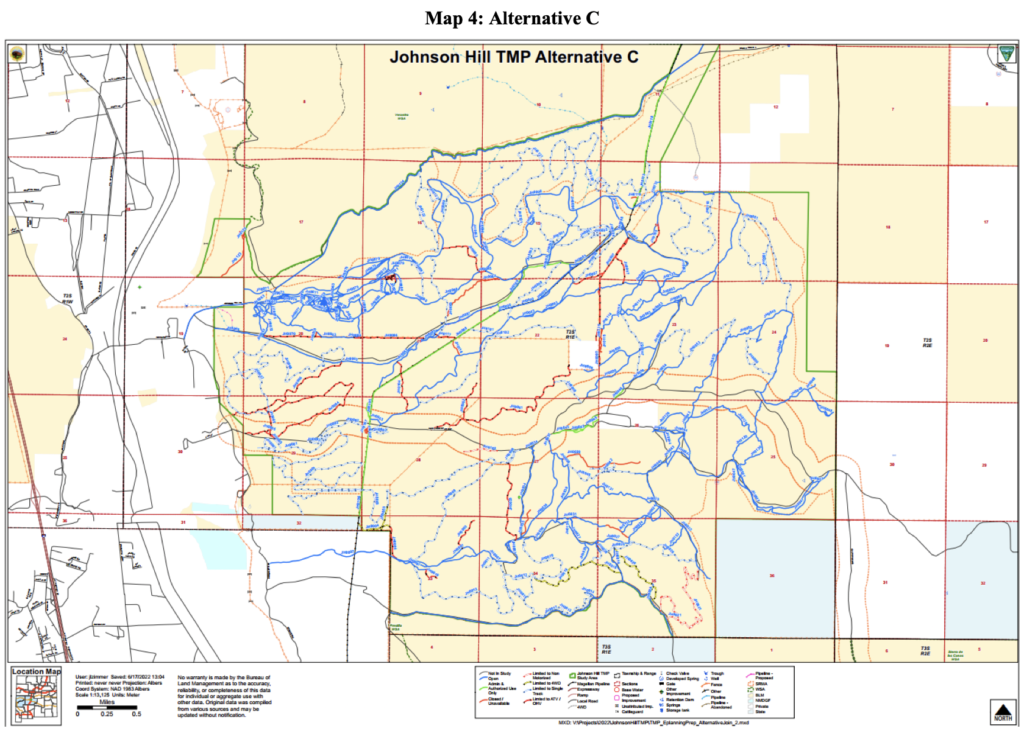 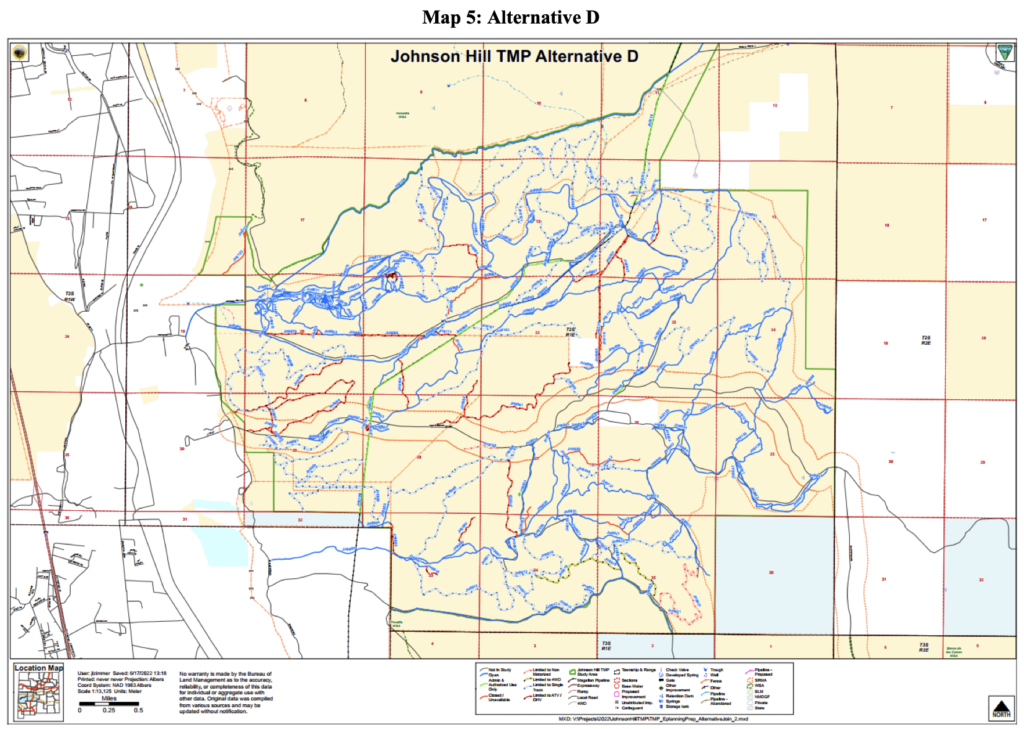 Jun 23, 2022
Blue Ribbon Coalition
B
B
E-bike Use on Forest Service Lands in Arkansas