I recently bought a beautiful deep blue '95 triple locked fzj80 and found that multiple doors wouldn't lock or unlock with the auto feature. Upon inspection I found that my issue was a broken actuator arm in the motor assembly housing.

I couldn't find a good fix that lasted (a few people used JB Weld to hold the plastic arm onto the metal cylinder that moves the lock, but all reported failure at some point).
To be fair my fix hasn't withstood the test of time, but I believe it has the potential to.

Instead of gluing the broken plastic arm onto the metal cylinder that connects to the arm that moves the lock, I decided to drill a hole through the arm and cylinder and insert a pin (technically a small nail) into the hole and epoxy it in. This way the force to move the cylinder is conveyed by the pin through both the arm and cylinder rather than an adhesive.

I hope this helps anyone who has faced this issue.

Here are some pics of the process 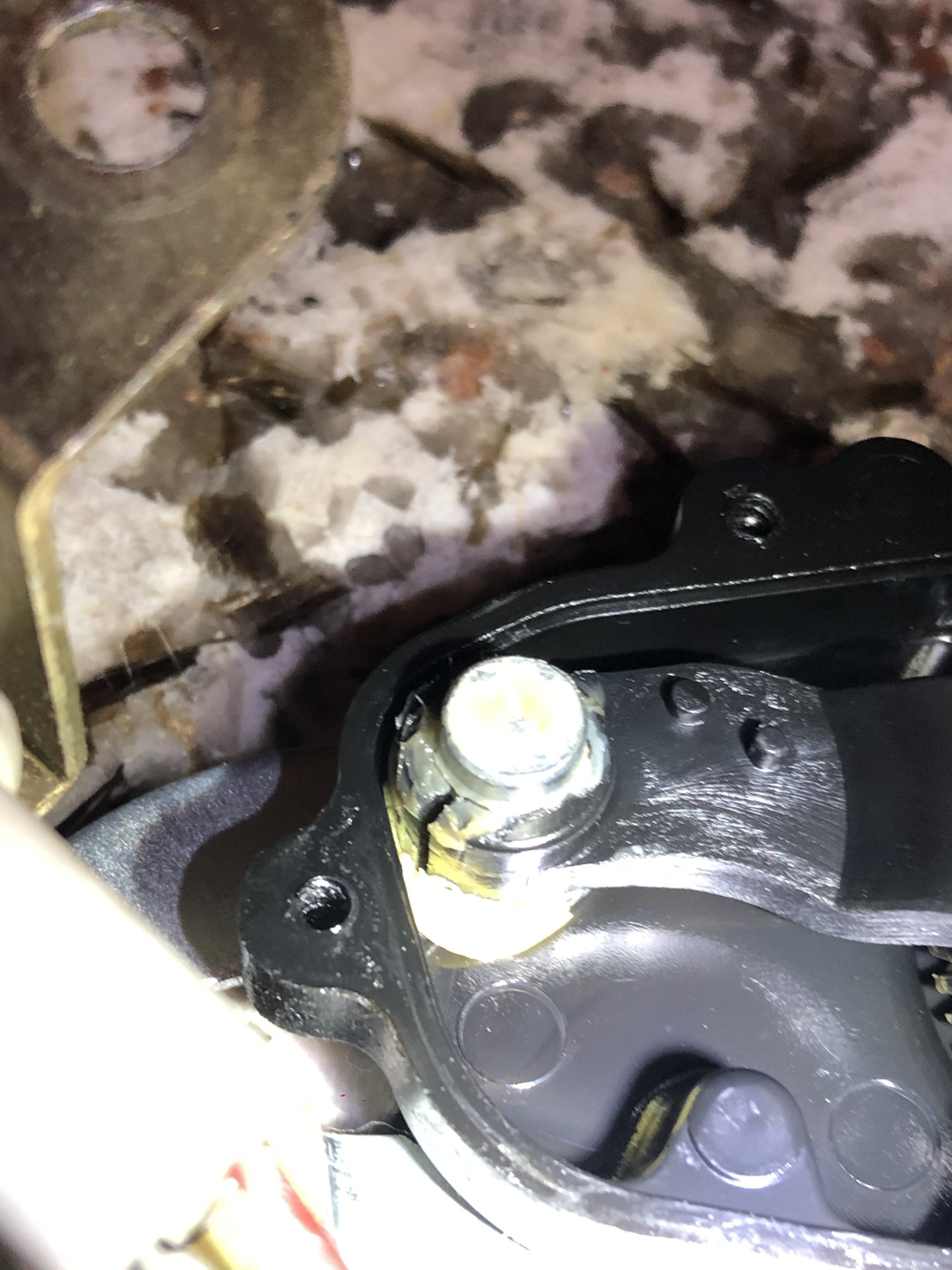 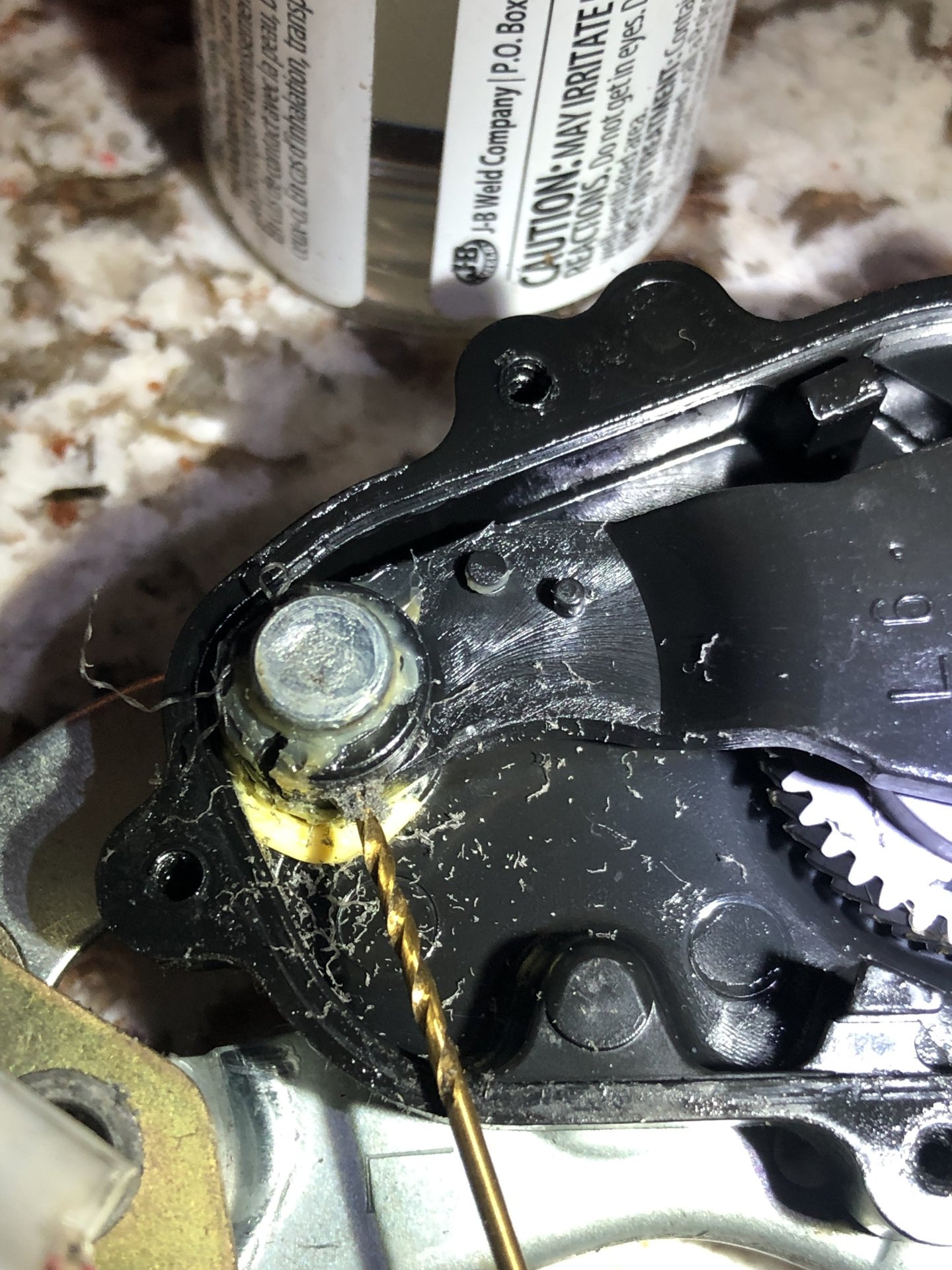 I cleaned up any metal shavings with a magnet then test fit the small nail. I cut the end of the nail off so that it went from one of the arm and out the hole but didn't stick out the other side so that it wouldn't rub against the wall of the housing. 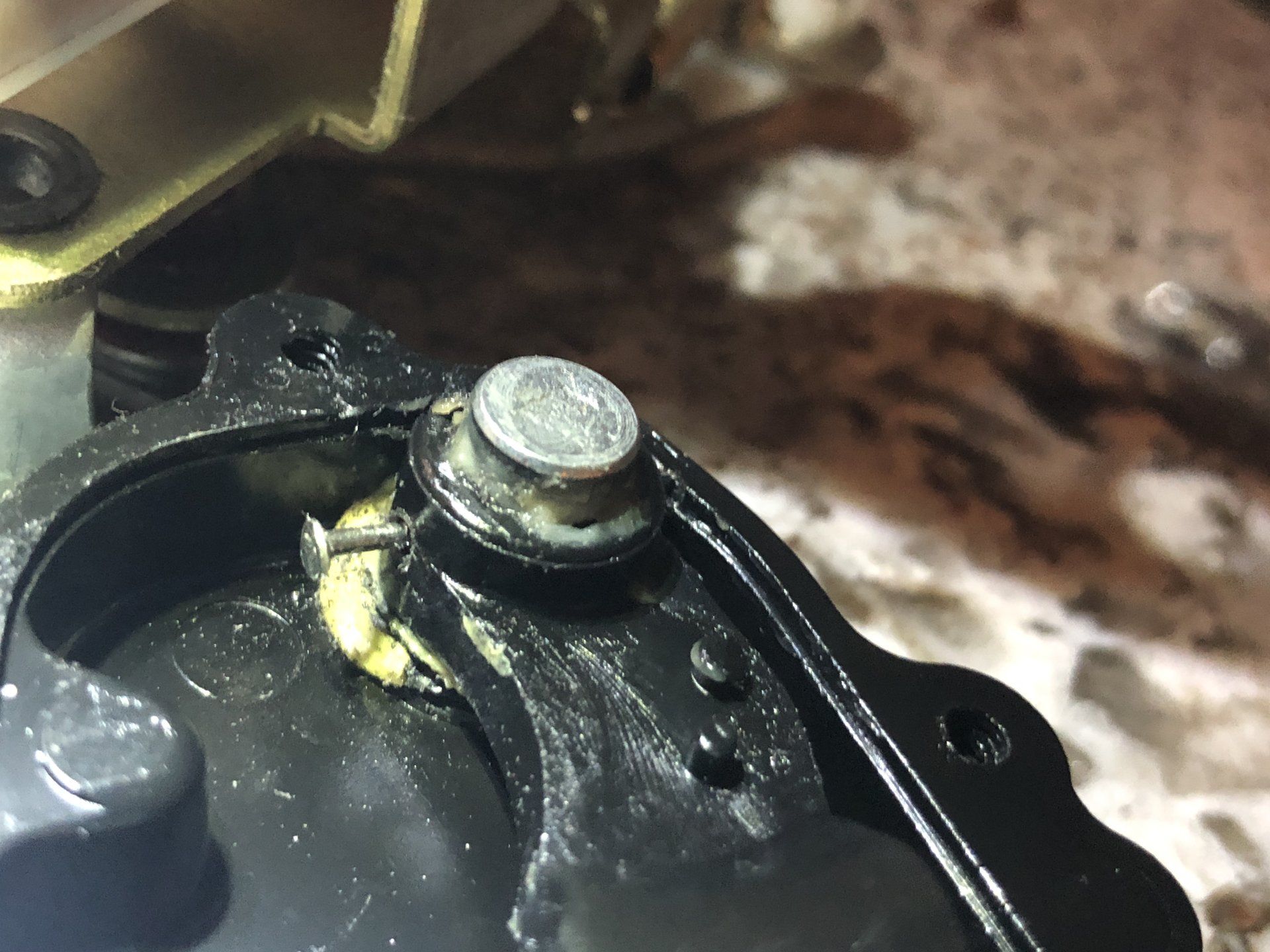 I mixed together some epoxy (you can use any adhesive you like I suppose) and put a little on the hole and also on the nail I was using as a pin, then using some pliers I inserted the pin in and let it dry 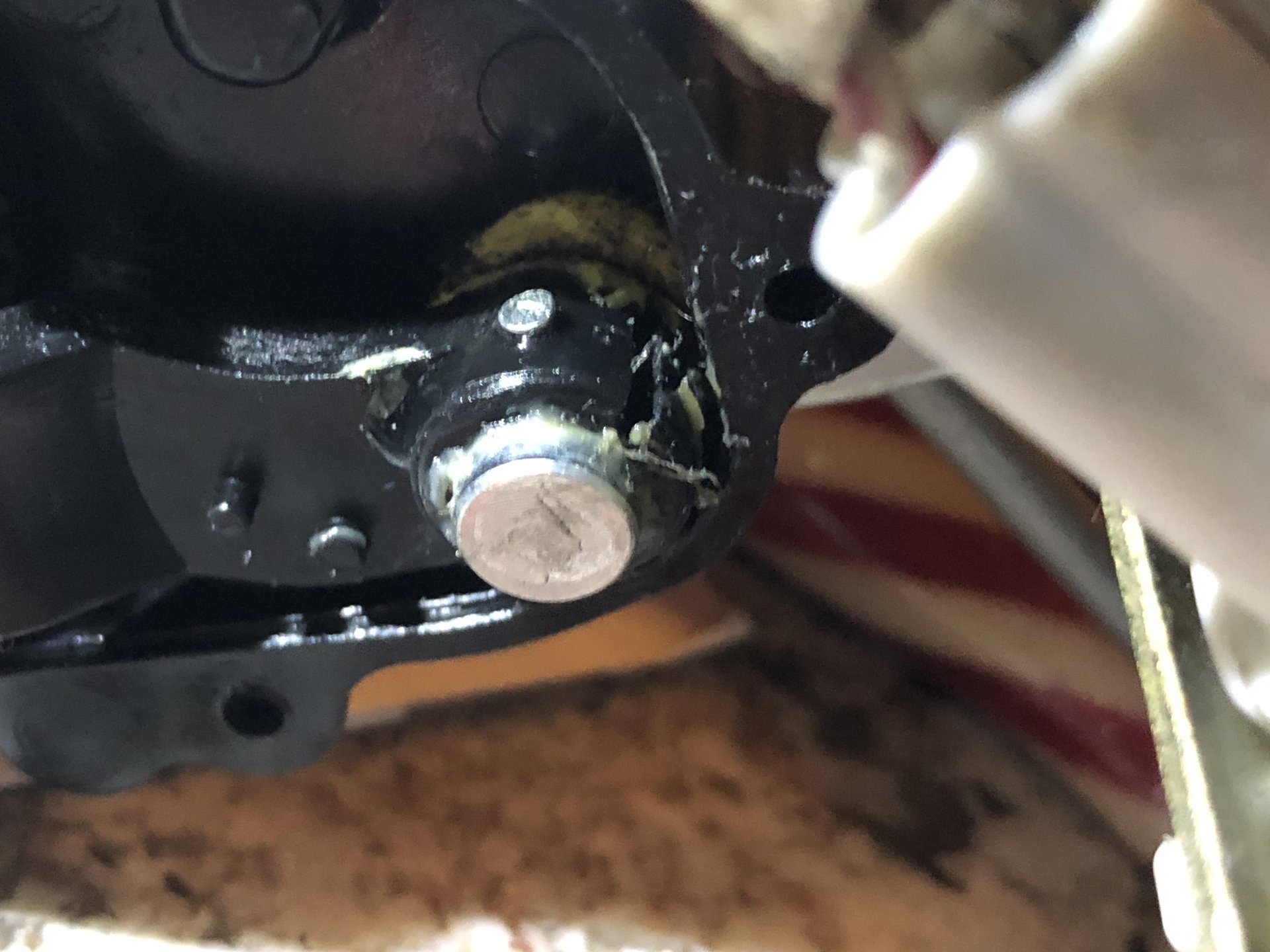 The most important thing that you need to pay attention to is the position of the locking mechanism to the actuator arm. You don't want to drill the hole through both pieces only to find that the arm is not in the correct position to the locking mechanism. I will attach two photos where the arm and mechanism are in the locked and unlocked position. If you mess this part up the auto lock won't really work. I lucked out on this and happened to get it right before realizing what kind of mistake I could have made. 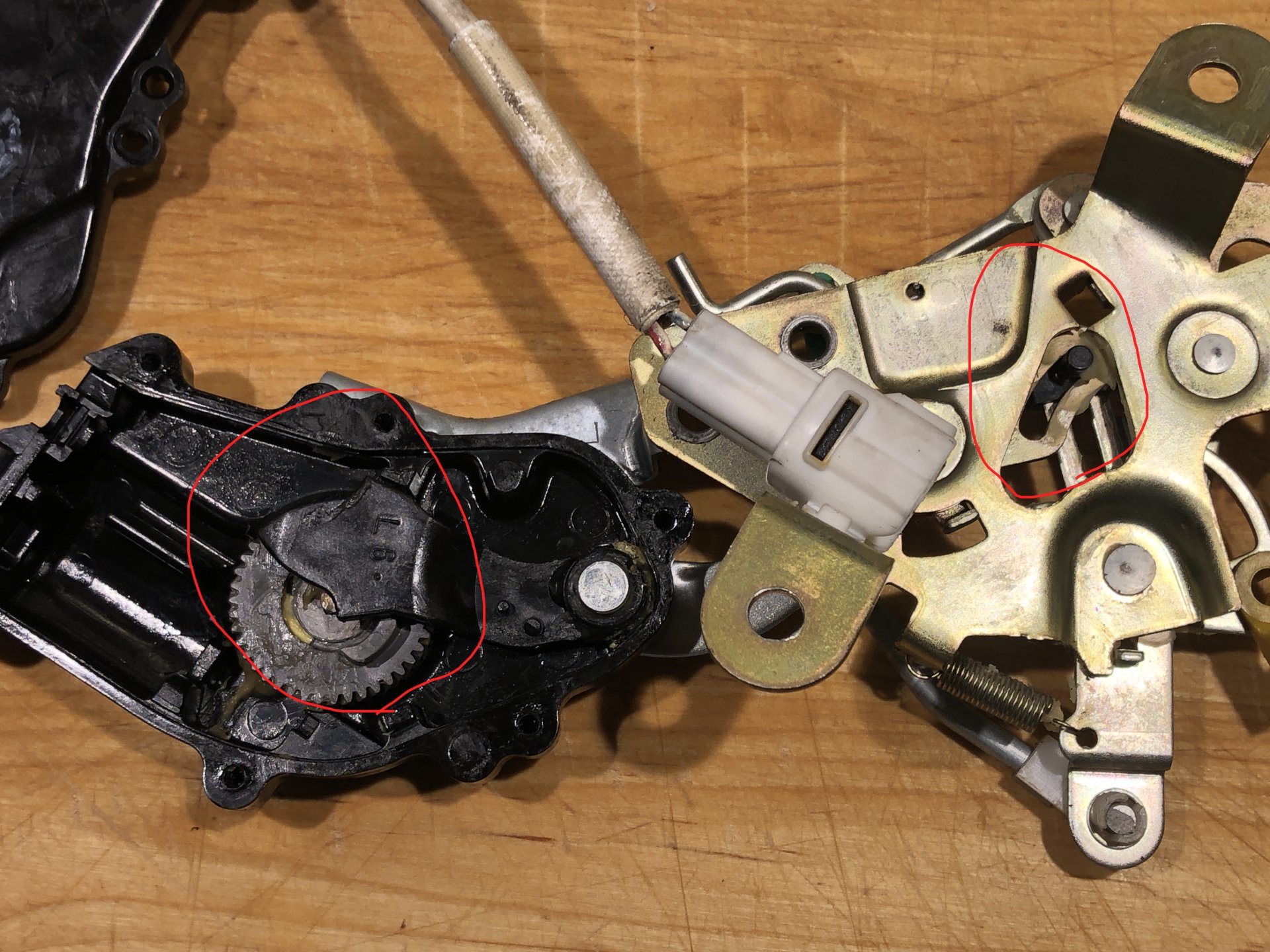 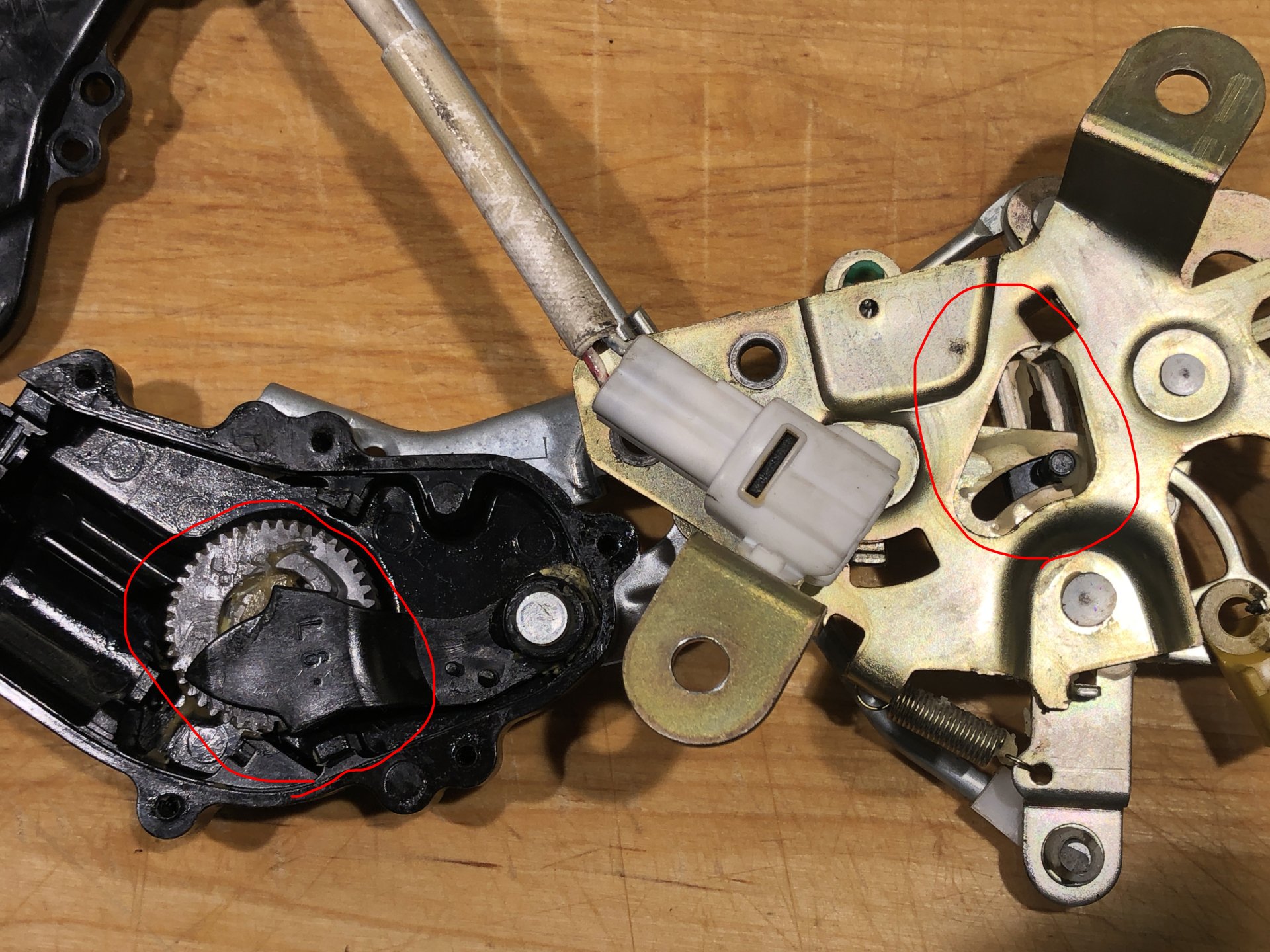 Enjoy!
You must log in or register to reply here.

HDJ80 Exhaust Manifold Leak? - How to fix? How does this joint work? Ok to drive?