Recently did an island trip, i thought i would post some photos here along with my impression of the island as a mainlander. We saw a few landcruisers, as well as other beefed up toyotas on our trip so some of you probably will recognize my vehicle, flying the flag for our entire journey. We spent 4 nights tenting in various spots and made it all the way up north to Port Hardy.

We found out pretty quickly that the southern half of the island had a thing for gates. We had a plan to drive from Port Renfrew all the way up to Port Alberni, however we quickly found more than one gate blocking our path. As we worked our way up north though we found that most of the FSR's are ungated, so we still had a bit of fun. I didn't really pay attention to the company names, but it seemed to be company specific. We kept an eye out for side roads and trails to do some actual wheeling on, however we didn't manage to find any.

One thing that amazed me was the condition of the forestry roads. The poorest gravel road we drove on was countless times better than the average FSR local to myself (Lower Mainland). However I'm chalking that up to logging being more active on the island than in my own local area. I have pretty stiff suspension and even while being loaded down it was a pretty cozy ride.

Every single lake we went too (Along an FSR) had commercialized campsites. Even lakes an hr into the bush had big signs saying they were sponsored by the local logging companies. This surprised me quite a bit as I'm used too camping out in the bush and kind of making my own site. Kind of takes the fun away from my idea of "wilderness camping", when we drive an hour into the bush and are still surrounded by signs of civilization.

We only had 1 vehicle related problem. Somehow my diff breather line got clogged/kinked and proceeded to blow out all 3 of my rear axle seals after sucking up a bunch of mud and water. The rear diff was making some funky noises so we had to drop out the chocolate milk that was being mixed in the rear axle and dump some new gear oil in (While continuously topping it up for the remainder of the trip)

I would like to do another island trip in the future, if anyone has some cool route ideas or destinations i would be glad to hear them. I didn't take too many photos but here are a few. If you saw us then give me a shout! 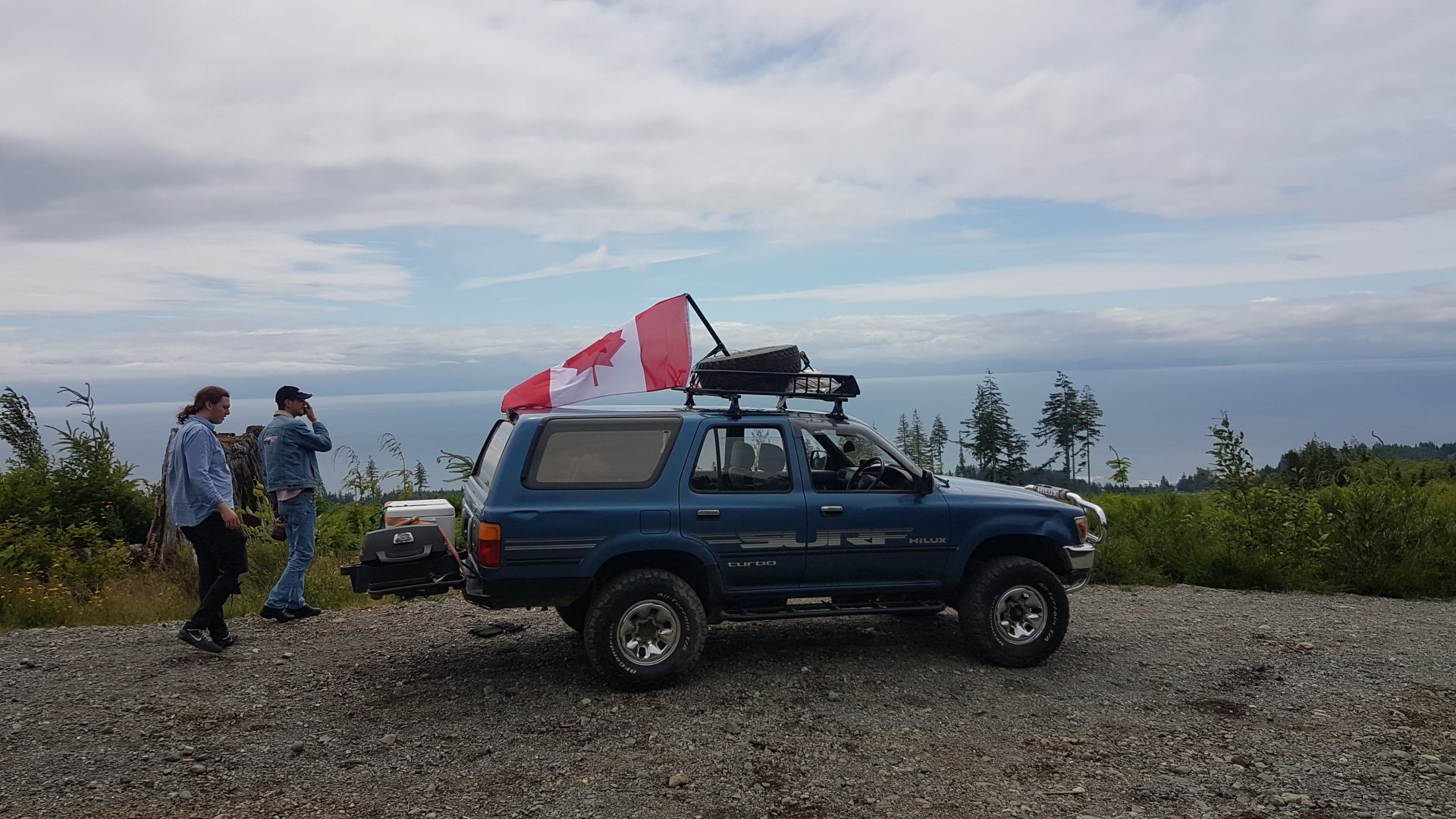 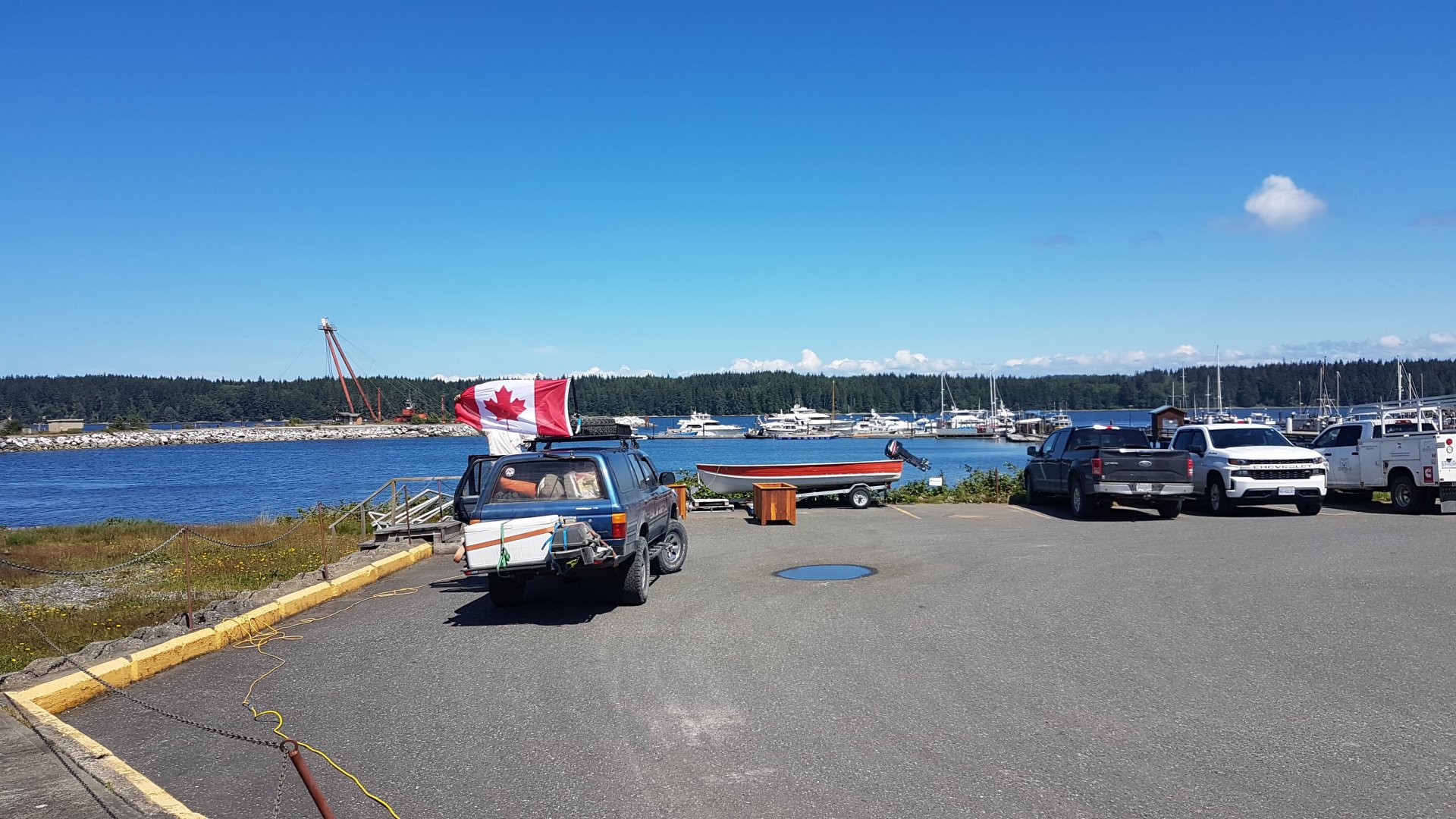 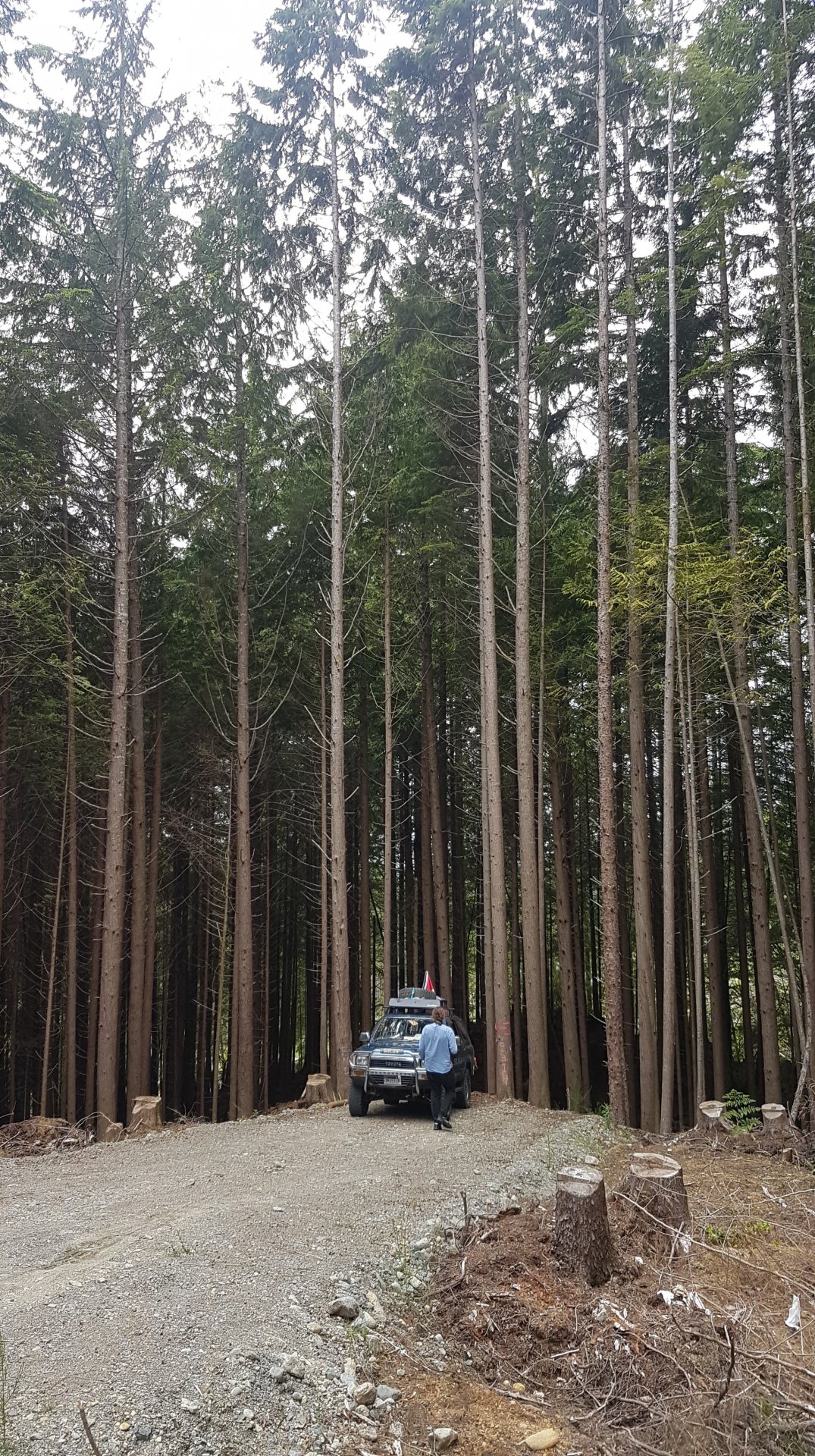 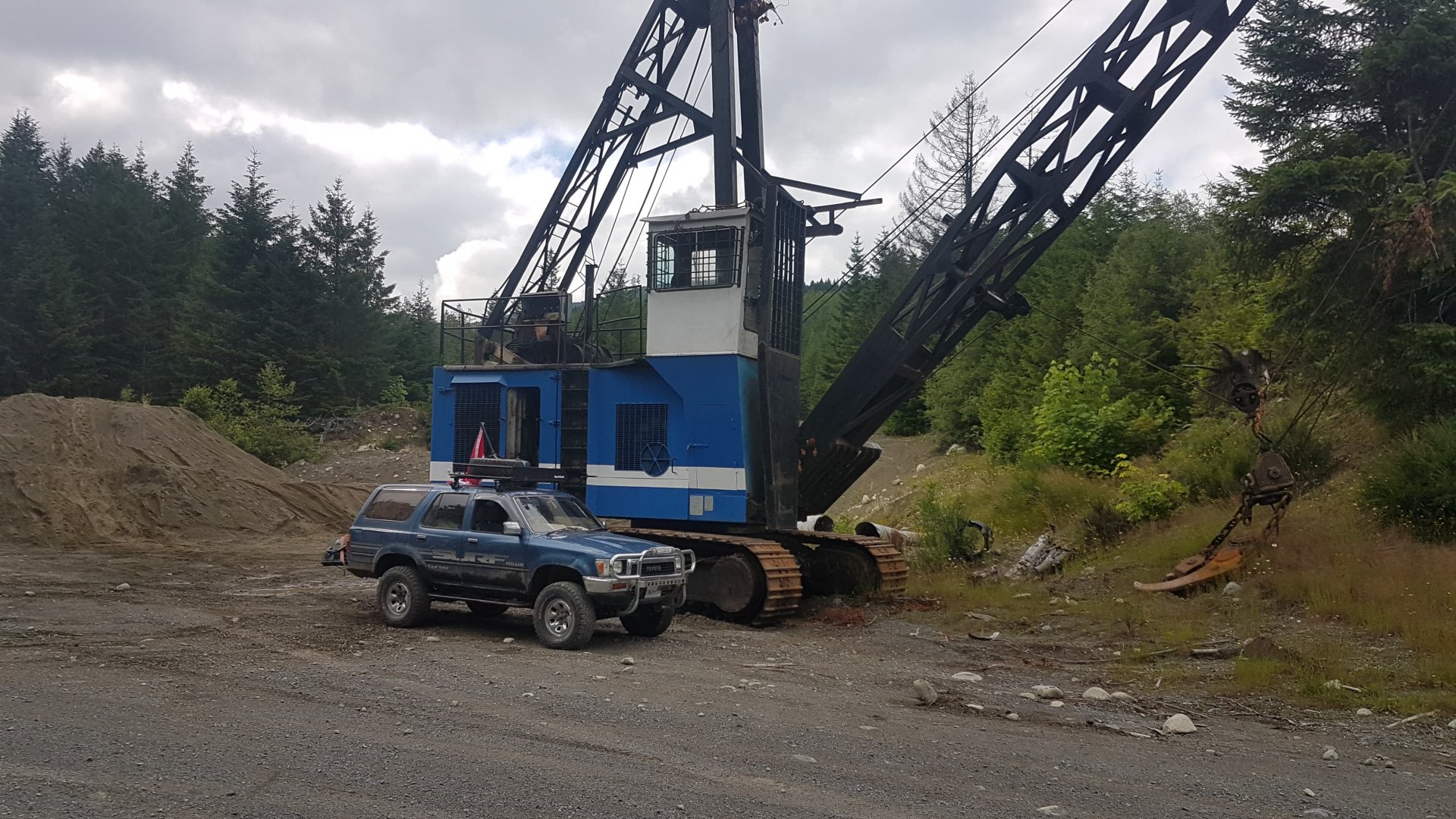 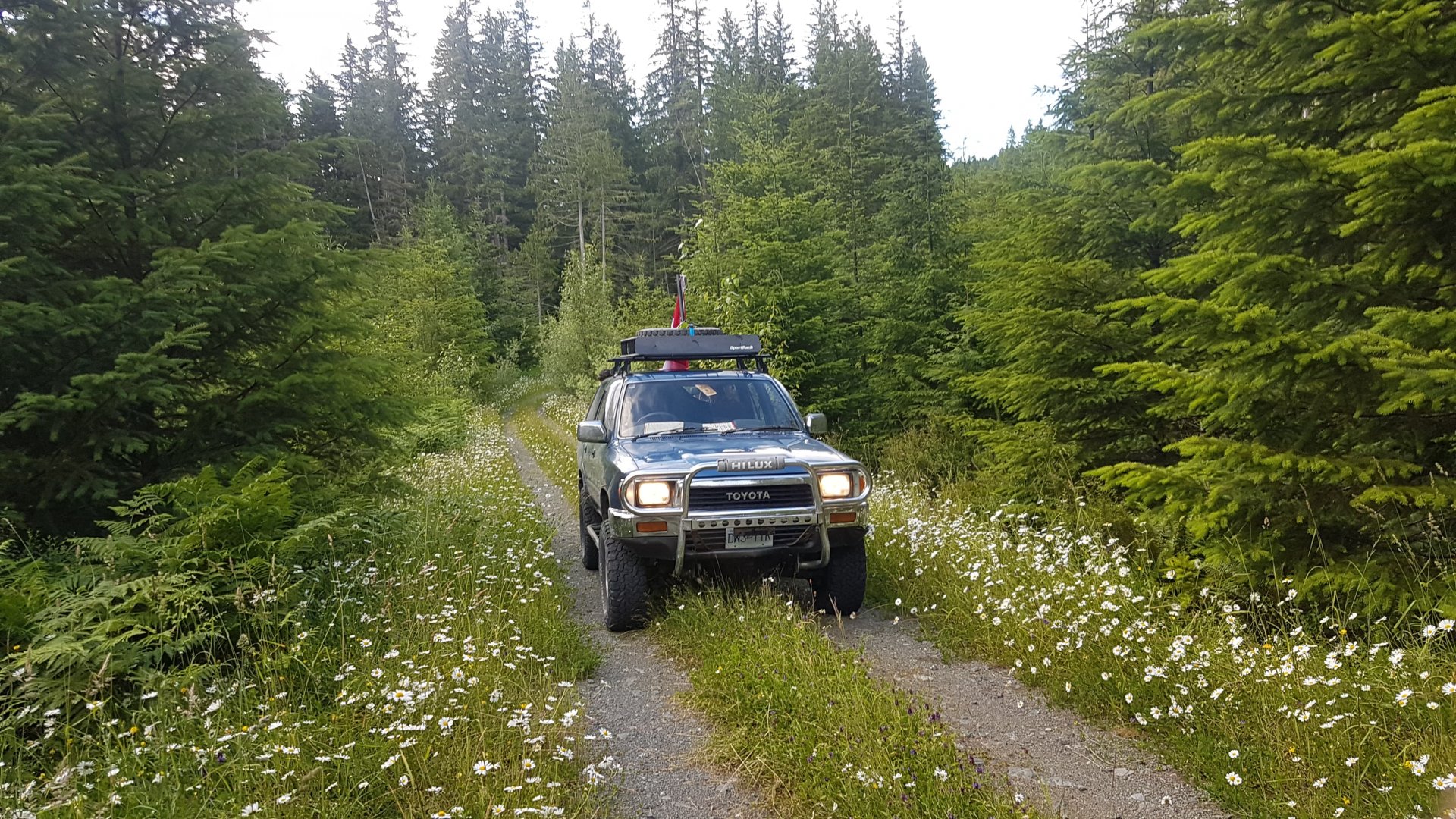 Thanks for sharing. Much of the forest land in southern Vancouver Island is privately owned by Island Timberlands or TimberWest (now called Mosaic). Gate closures are typically more prevelent during fire season but keys are available from the local offices in Duncan and Nanaimo for hunting season ,etc. (this was a few years ago, so policies may have changed). This is fee-simple forest lands, so it's about as private as it gets; something we do not have on the mainland; so any access is a privilege.

Northern Vancouver island is more public forest lands, tree-farm-licenses, etc.. but even there you may encounter gates to close roads due to active hauling, deactivation, etc, but not as often.