CA to AK via Cassiar/ALCAN (1 Viewer) 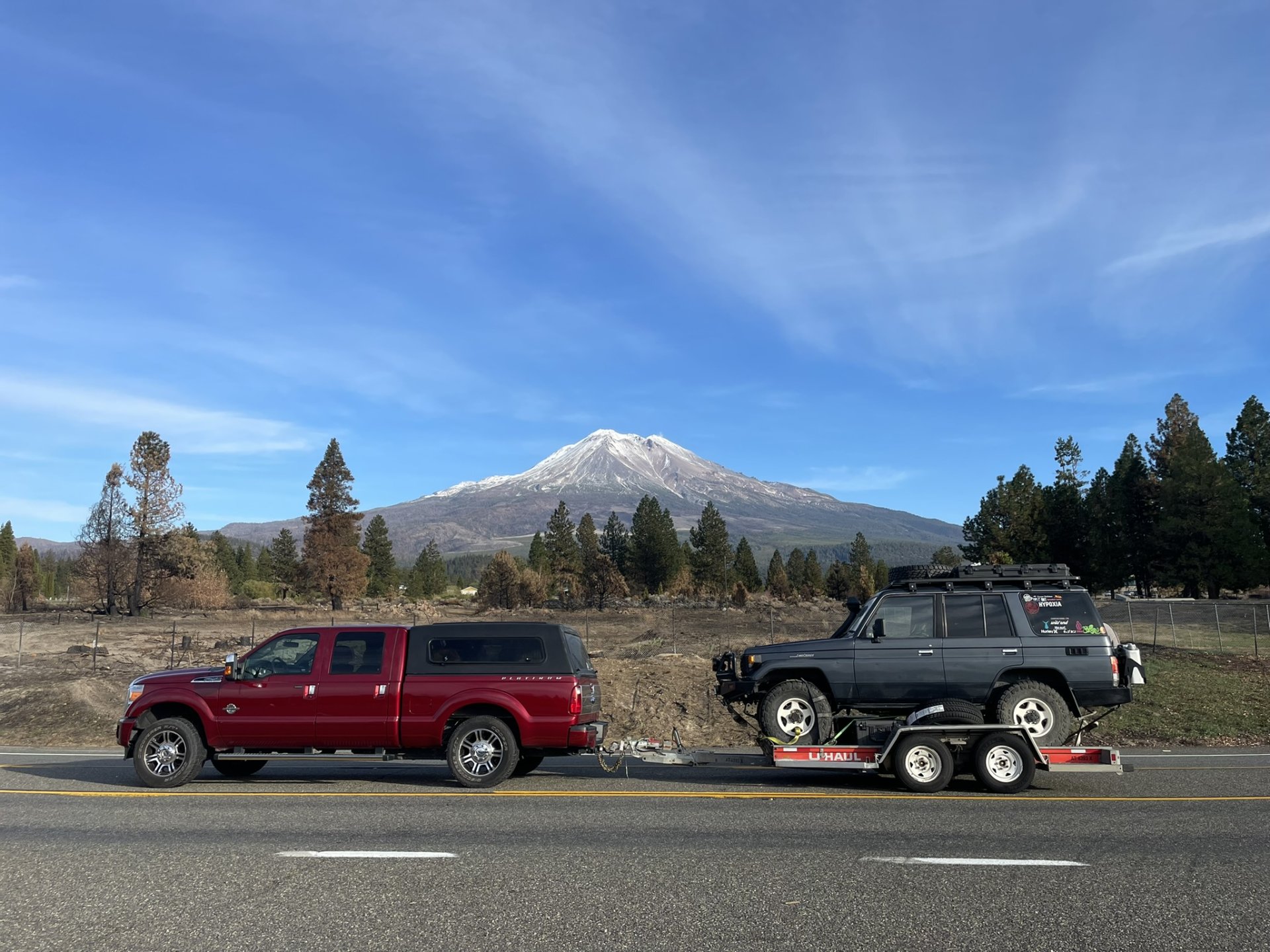 First, have contingencies in place for overnight stops. Originally planned to stay in Beaver Creek YT at Buckshot Betty, but she cx’d due to overbooking (I think people overstayed their booking due to weather). We ended up hauling from Whitehorse to Tok in a storm with a failing trailer tire. Not fun, but prepared for that. More on that below. 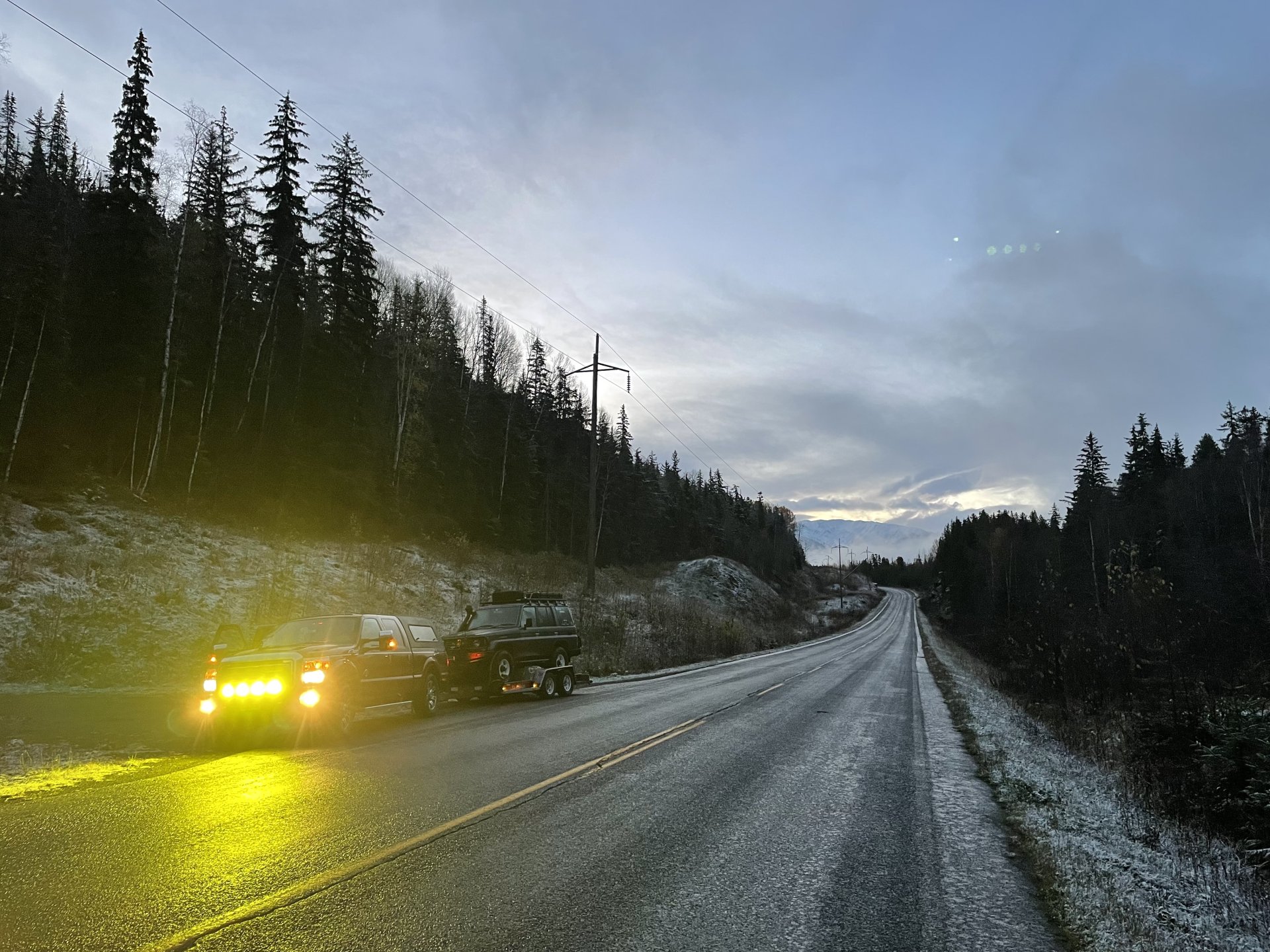 No place we stayed was bad. However, huge support for Red Goat Lodge in Iskut BC and Fox n’ Fireweed in Tok AK. The absolute best.
ALCAN Legends in Tok is the s***. That said, I would never endorse someone using a uhaul trailer without bringing your own spare (or truck if they don’t have spares included). I noticed my left rear tire was going flat in Whitehorse as mentioned above. Inspected and found no evidence of a new puncture (I have an ARB repair kit and on-board-air which is why I did not bring a spare). Inspected the uhaul tire; no less than 4 plugs. No obvious pictures. Jacked the trailer up aired the tire to 45psi and sent it. My guess was a plug failed and suffered a slow leak. The next morning in Tok the tire was flat and Aaron (ALCAN legends was a boss. 10/10 recommend! 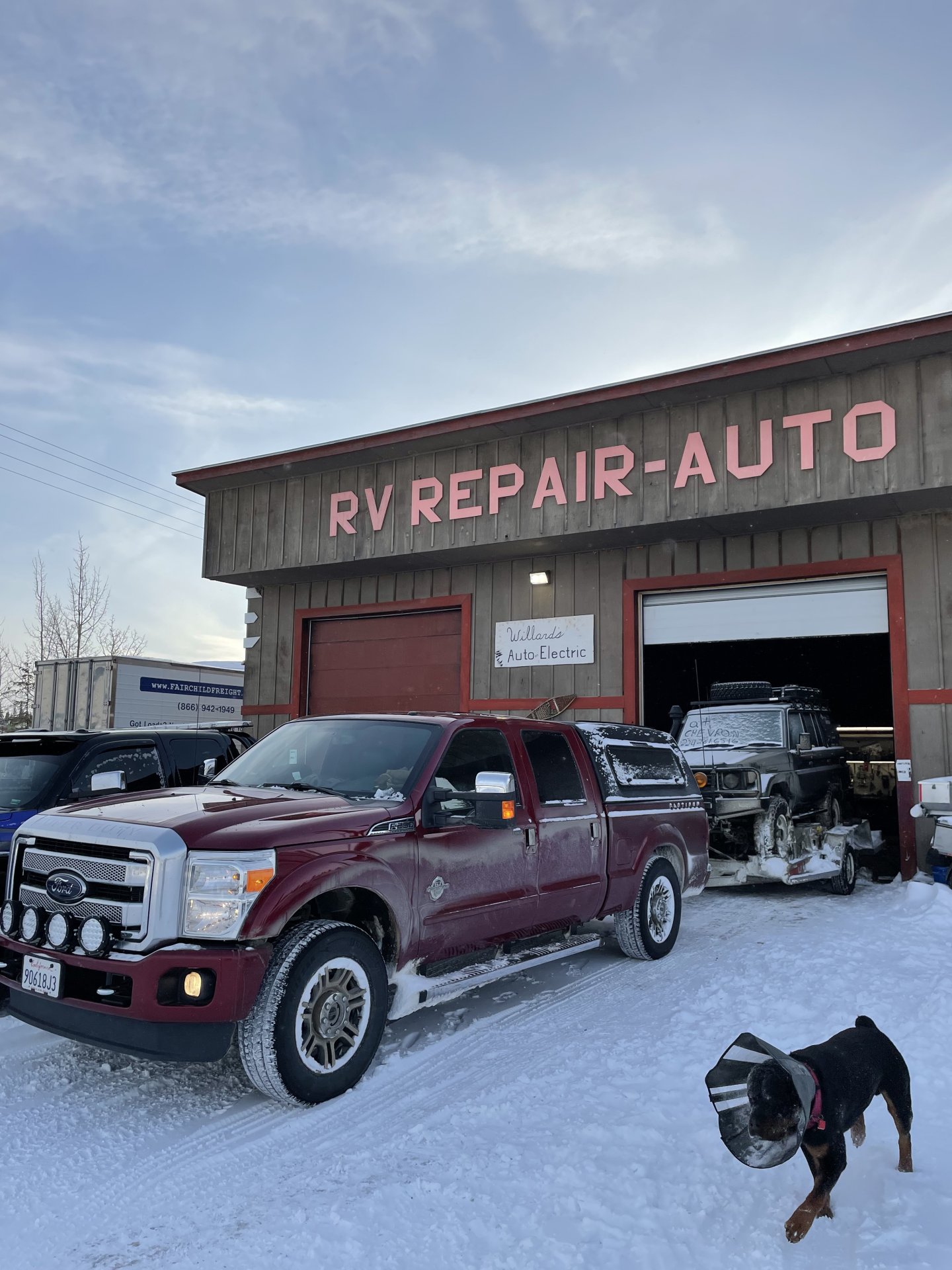 Overall road conditions were fine. My opinion the worst was the drive from Beaver Creek to Tok. It was unplanned, in the dark, and snowing/windy but not quit white-out conditions. That said; I do think that people hype up how difficult the route is. I get why, there are enough people who 1) have no experience in remote travel 2) are over confident in their “knowledge” of remote travel 3) don’t use their brains -or- combination thereof. 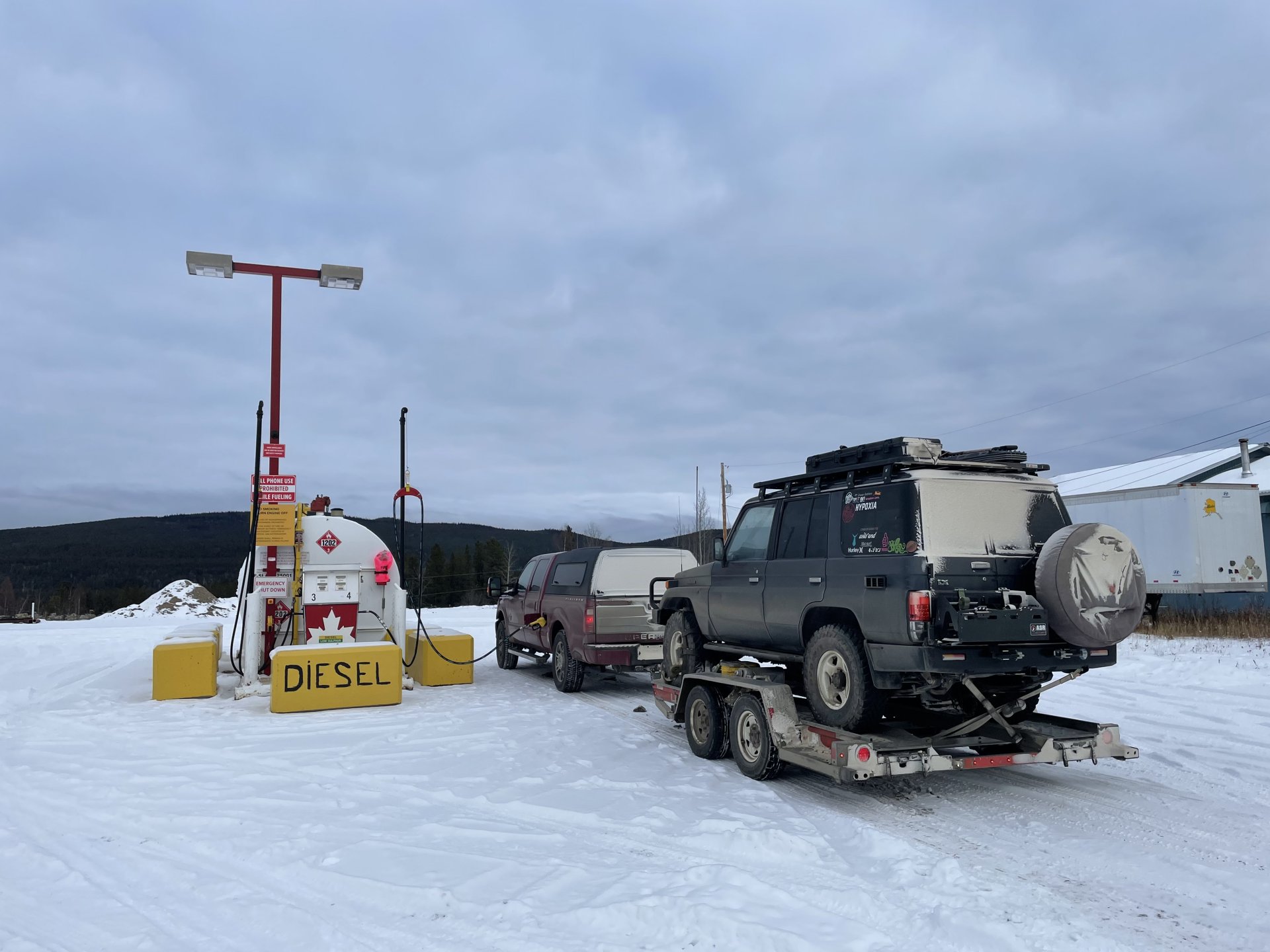 Managing expectations: I’ve spent time camping/traveling in remote areas and driving the Sierras/Rockies where a “switchback” is actually a switchback, the grades are 8%-10% with 6-10,000 ft of gain/loss, and snow is measured in feet. A lot of locals hyped how sketchy the road was. Don’t get me wrong, it’s sketchy, but not THAT sketchy. The roads are rough, but not THAT rough.

However, it is exposed. Poor decision making, accidents, unprepared, arrogance, etc. will get you proper f***ed or dead. So yeah, I get why everyone hypes the routes.

The Mile Post… Highly recommend it if you’re taking the routes for leisure. Don’t bother if you know how to use google. We literally only opened it to stave off 10-minutes of boredom at each village through central BC.

Everyone recommends bringing gas cans. I brought two 5gal jerrys. My truck has a range of 270-310 miles per tank depending on conditions (wind/4hi/etc.) I did not need extra fuel once. I never dropped below a half tank unexpectedly. It’s not needed, however I would recommend bringing enough fuel for half a tank. 1) emergencies 2) IF you get bad fuel, drain than fill with known good fuel (spare fuel filter(s) too) 3) help others. 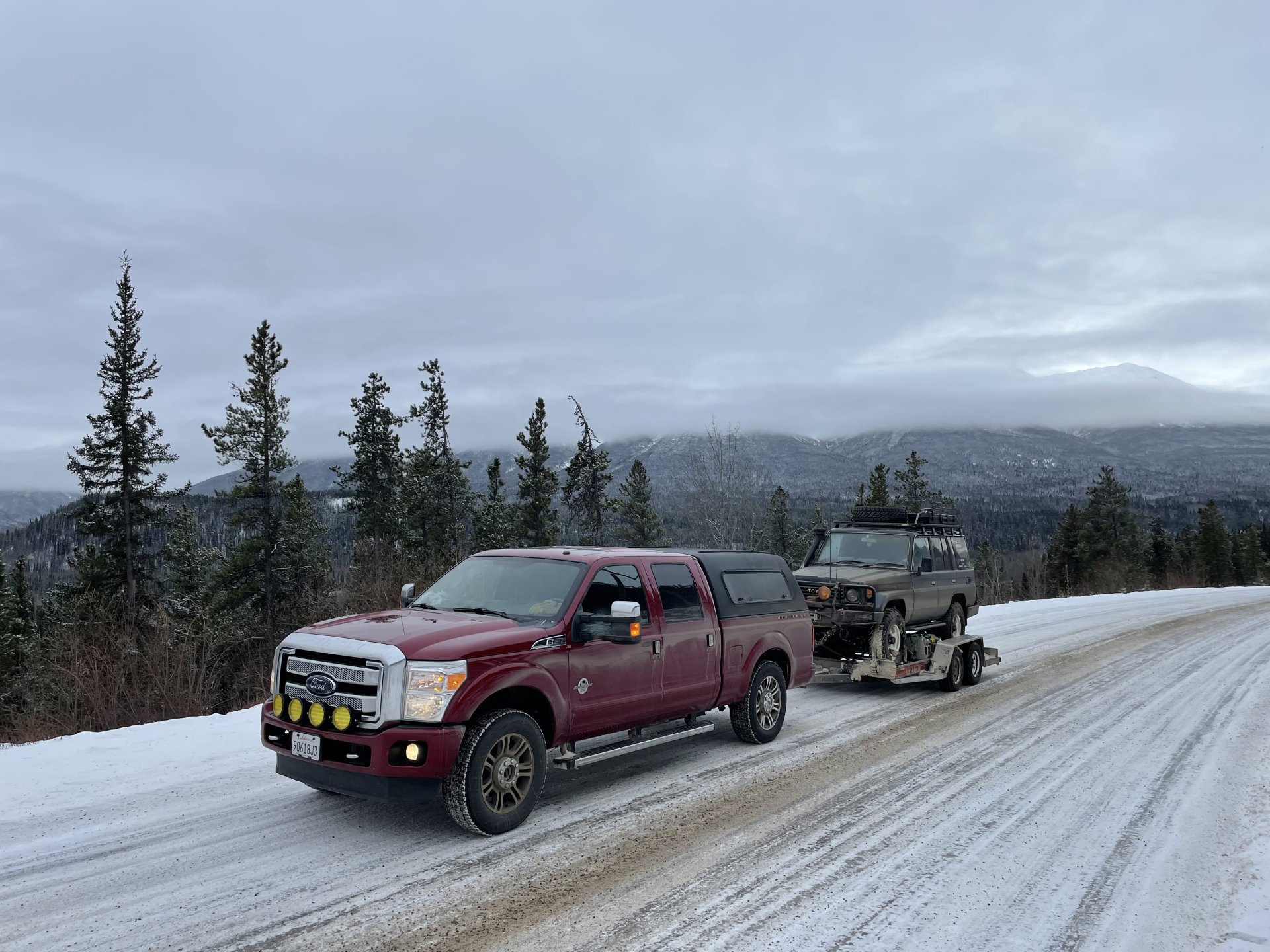 If you’re going in winter, get winter tires -or- good snow-performing ATs. You’re dumb if you think otherwise. I ran E-load Blizzaks. They perform. Highly recommend.

Have good lights. My wife has phenomenal factory headlights on her car, they would be adequate, I added extra lights to my truck for unplanned night driving. It was clutch. Yellow/orange for wet and white for dry snow/summer.

The locals drive fast as f*** in winter on studs. The truckers will cross the centerline. Don’t drive like local unless you are a local. Drive to your comfort and be safe.

S*** happens and it will happen. Be flexible and prepared for whatever. Your decision making is important. I made a s*** choice to take a neighborhood road in Tok that turned out to not be plowed fully. Bad choice. But I had cell service and have decent experience in snow, towing and wheeling. I was also transparent with Aaron (ALCAN Legends plug again) and told him I f***ed up. He brought a plow instead of a van. 12” of drifting AK snow turned to 8” plowed.

Bottom line, stick to main roads and don’t be extra.

Best advice I got during planning (from the AK boarder crossing guy. “Take your time. Don’t over-think it. Expect a bumpy road.” To add, self awareness and analysis-paralysis are real.
Ad Medicor Proeliator
TLCA no. 24937
Remote medicine and Aid Kit consulting: chironremotemedical@gmail.com
IG: chiron.remote 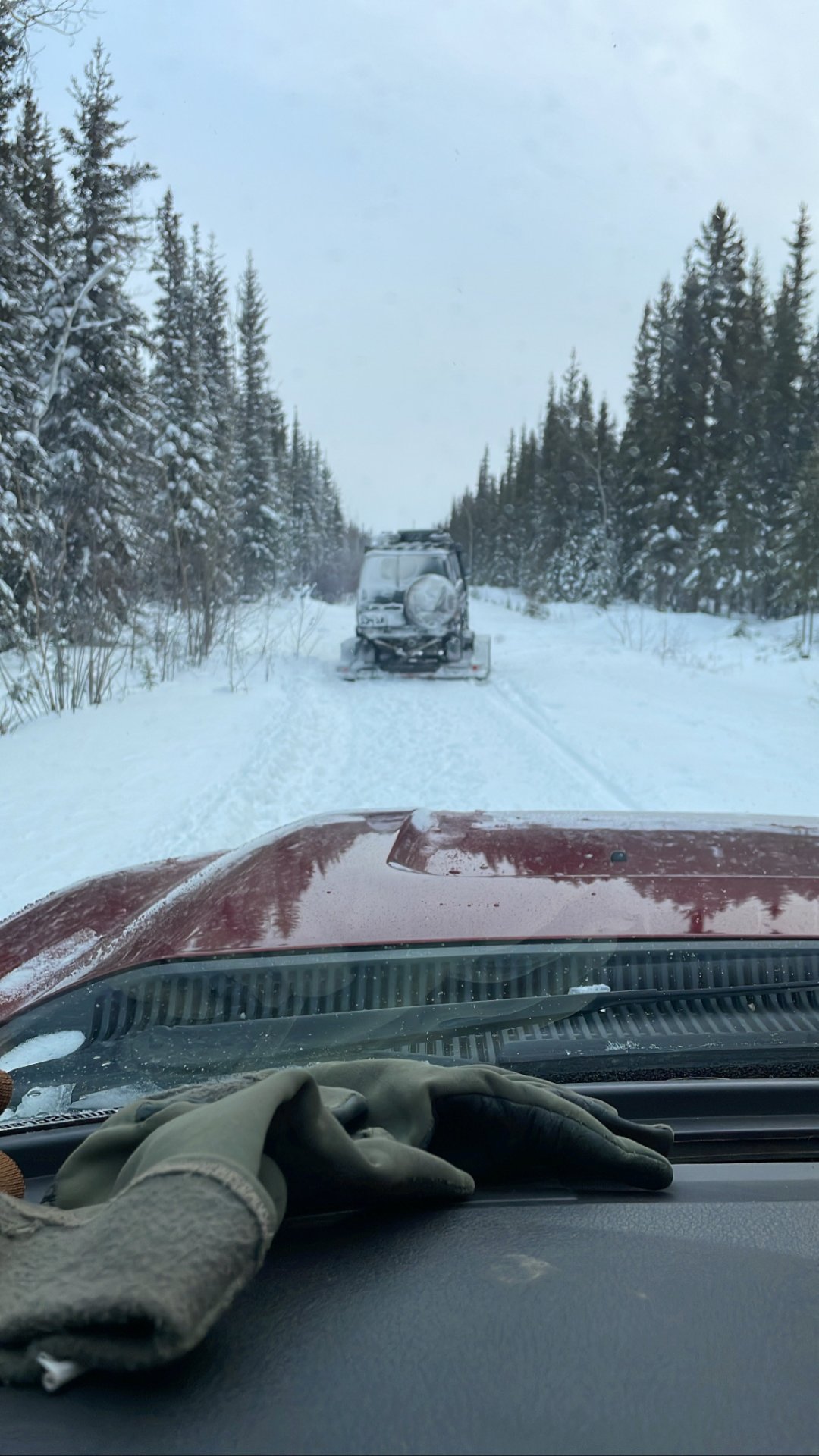 Unhitched to coordinate with Aaron/drop wife/daughter back at Fox n’ Fireweed. Owner was gracious to let them overstay in the main house while I un-f****ed myself. Cannot foot stomp enough good decision making.

I should have stayed put and not tried to “make it easier”. 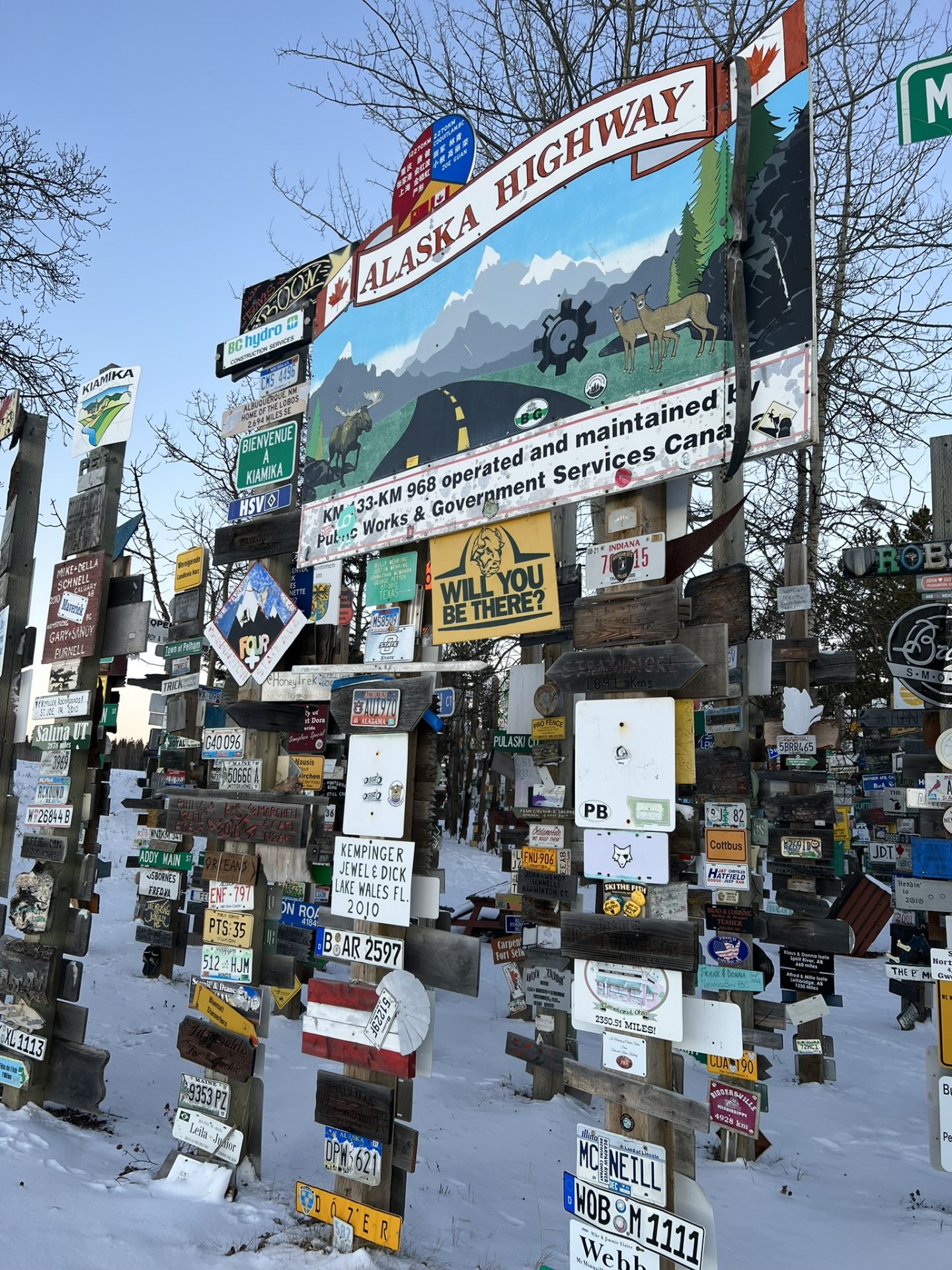 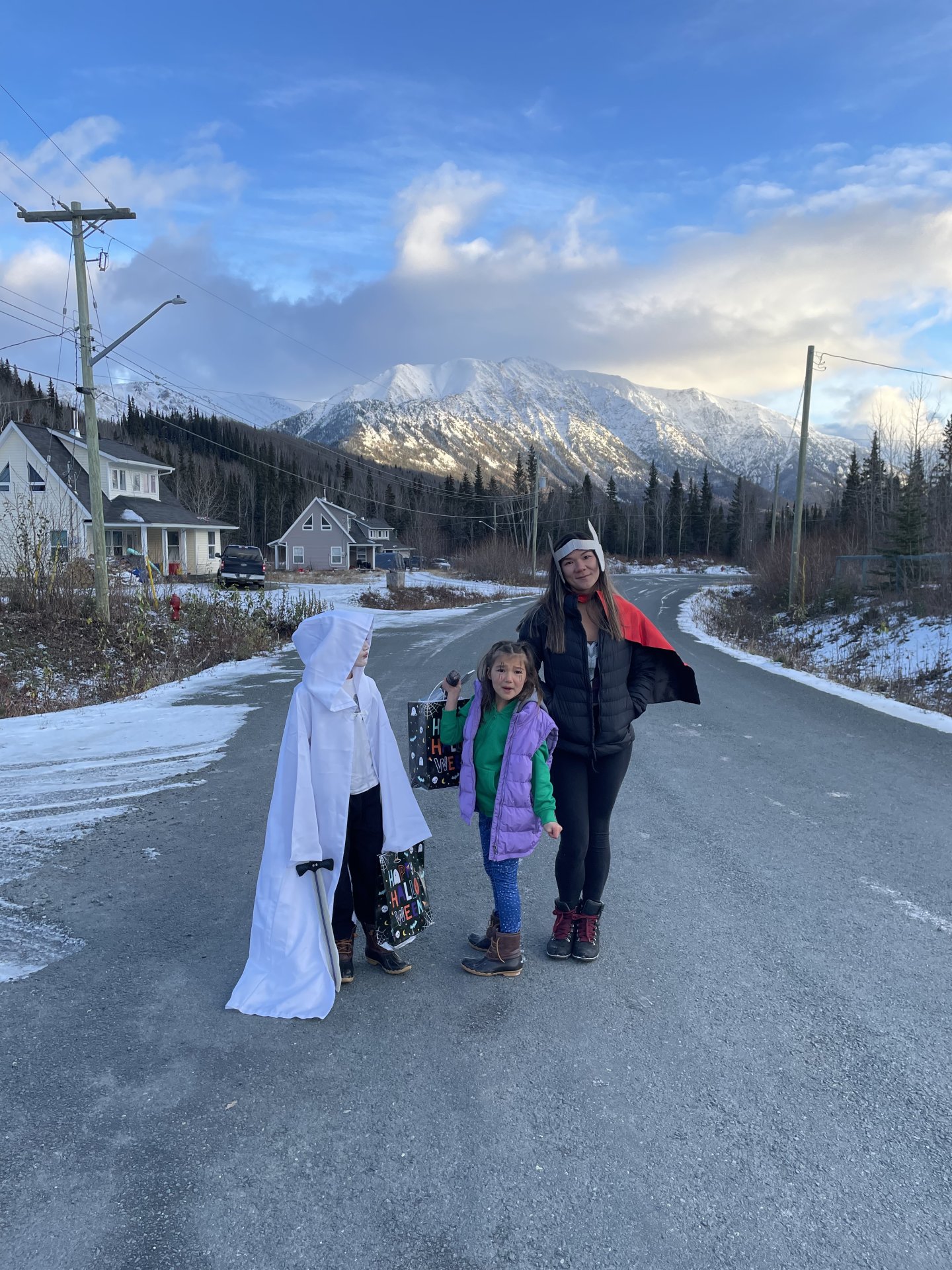 Trick r treating in Iskut BC. As you can clearly see; Gor the God Butcher, Love, Mighty Thor 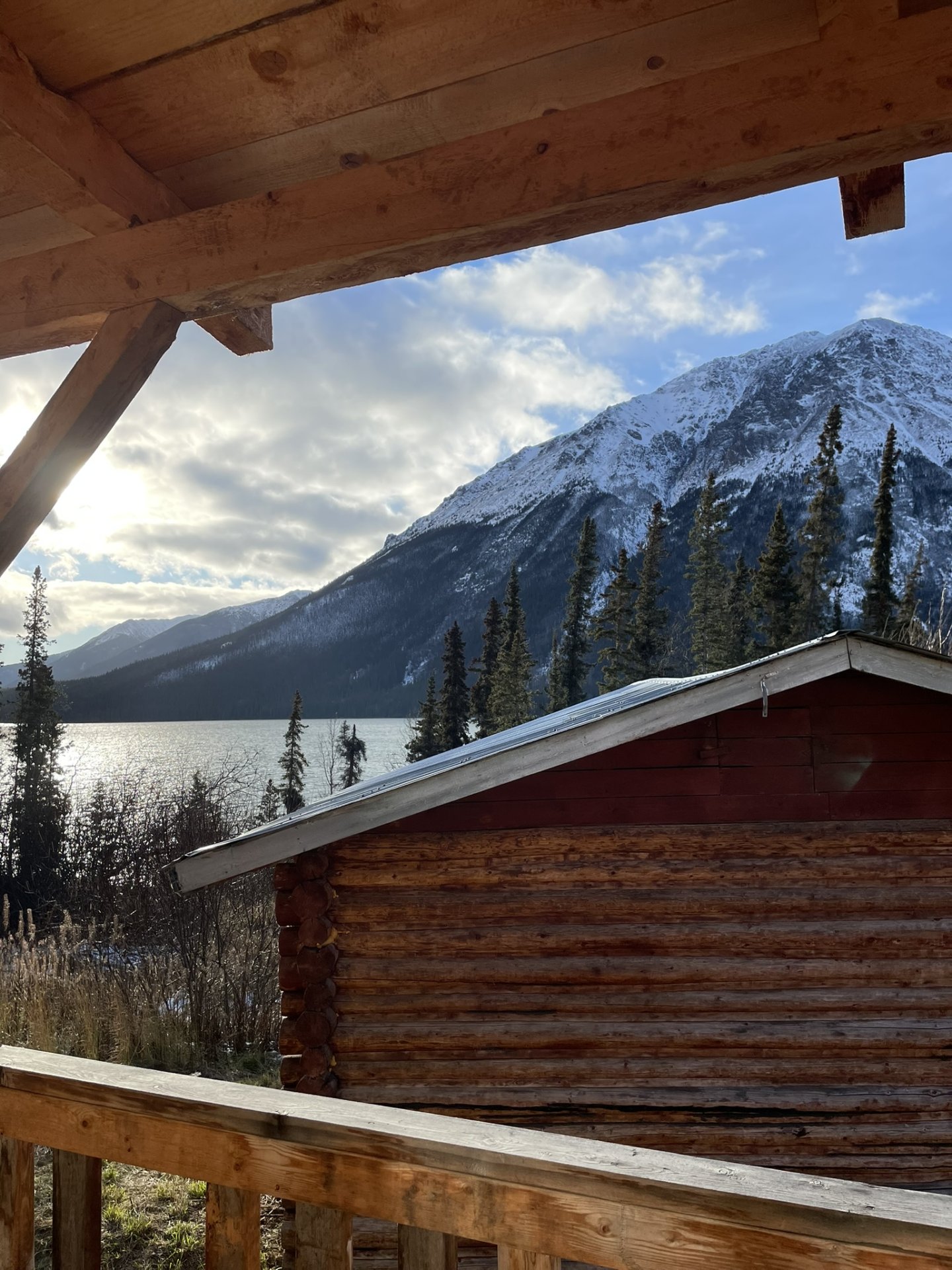 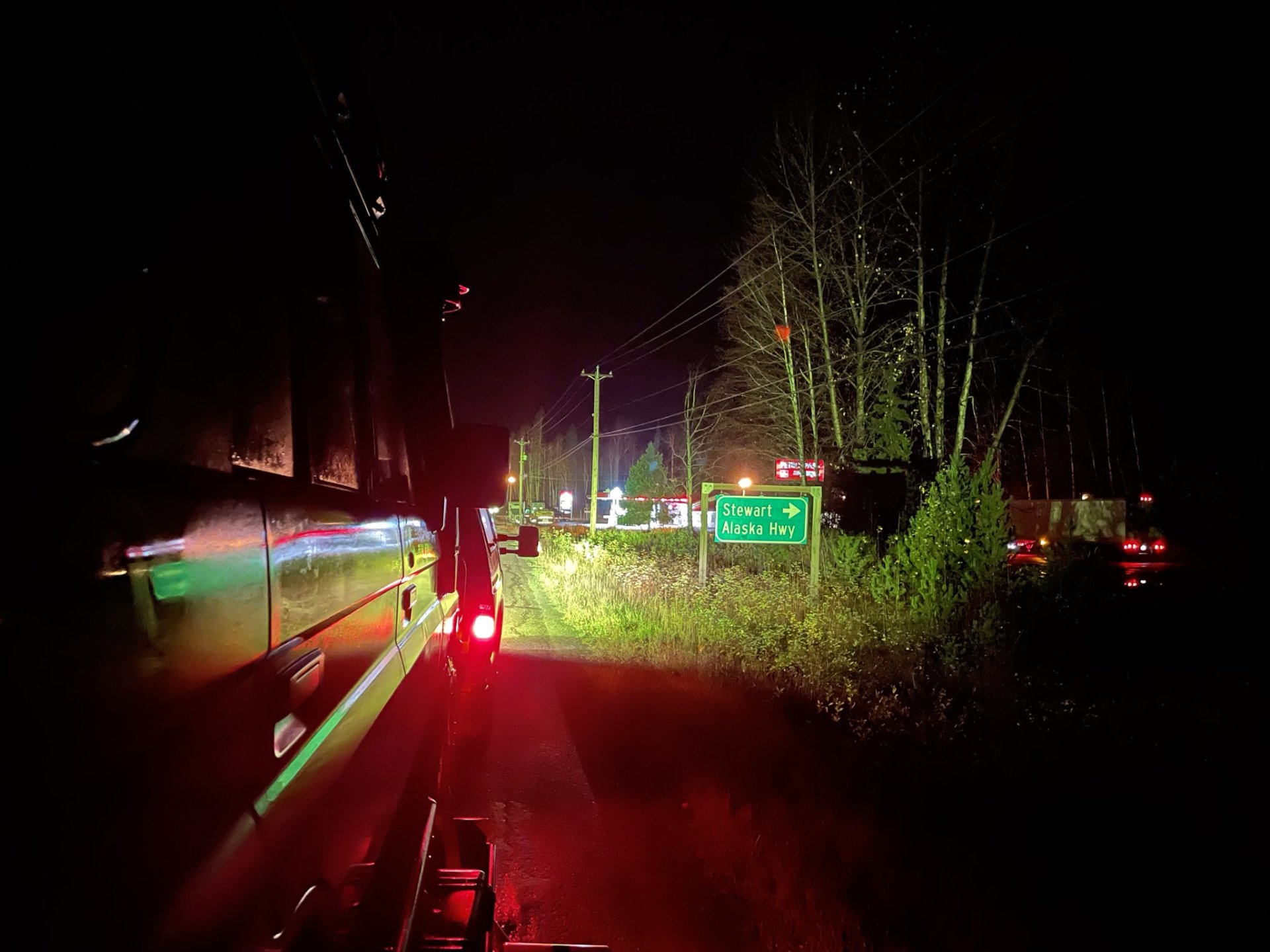 Nice, glad the one flat tire was all that happened. The 100mi south of Beaver Creek has always been the worst road on the ALCAN. Every summer they are rebuilding that section of road. Border to Tok is a bit better but does get to be a bit frost heavey. Nice to finally meet you today.
85 12HT-75 Ute Builds - AK HJ-75 - https://forum.ih8mud.com/threads/ak-hj-75.930702/

Those signs are at Watson Lake ? love the bridge awhile before the signs.
John on the hawgs

peesalot said:
Those signs are at Watson Lake ? love the bridge awhile before the signs.
Click to expand...

With more snow on the ground there's a greater chance of encountering bison on the road. It would be real bad news to plow into one of them. IMO it's nuts to drive fast in the dark winter, local or not.
1997 LX 450
1990 4Runner 3.0/auto
You must log in or register to reply here.