No one gave Householder Motorsports much of a chance of winning last weekend’s Best In The Desert (BITD) Bilek Silver State 300, but that’s what makes off-road racing great. Anyone can win at any race. Adam Householder had never won a Trick Truck (BITD’s equivalent of SCORE’s Trophy Truck class) race and qualified 28th [...] 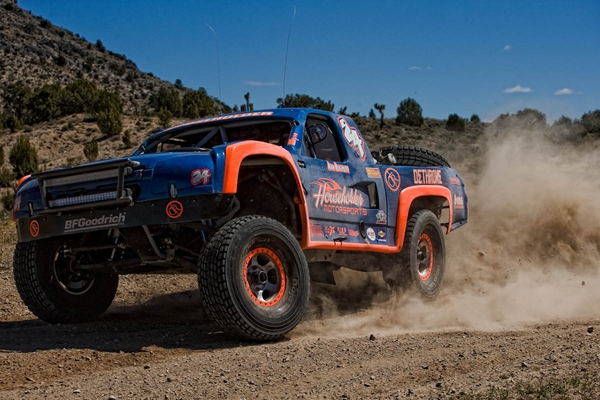 No one gave Householder Motorsports much of a chance of winning last weekend’s Best In The Desert (BITD) Bilek Silver State 300, but that’s what makes off-road racing great.​
Anyone can win at any race. Adam Householder had never won a Trick Truck (BITD’s equivalent of SCORE’s Trophy Truck class) race and qualified 28th at the Silver State 300.* Despite the odds, Householder never let his confidence waiver.* “Qualifying was really tight, we were only 18 seconds back but that was enough to push us back to 28th.” Householder explained.* “We ran conservative in qualifying and saved our best for the race.”​
​
Living up to the statement, Householder ran a flawless race to stun the racing community and prevail in a crowded field of 22 Trick Trucks, beating the heavily favored BJ Baldwin by less than a minute.* “This win was sweet for us, it was definitely long overdue,” an enthused Adam Householder explained after the race.* “We just ran our race, we rarely passed people under power but we never stopped.* We just tried to avoid mistakes. We had zero issues today, no flats from our BFGoodrich tires; the only time we pitted was for fuel.”​
​ 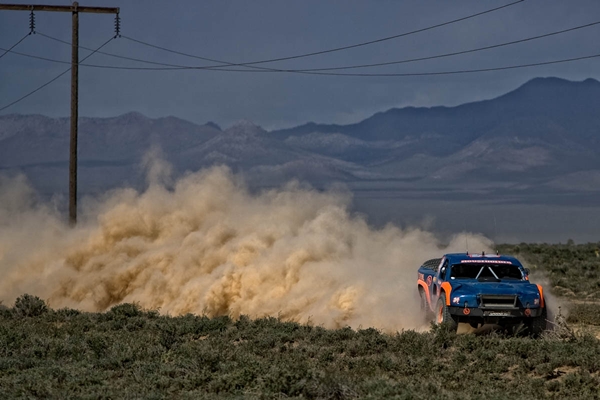 Householder credited the support of his father Terry and team for preparing the No. 24 Dethrone Royalty Chevrolet and making their victory possible.* Mother Nature assisted Householder as well, with windy conditions that made dust less of an issue for his poor starting position.* “I couldn’t be happier, we beat some very talented drivers straight up,” Householder commented following his first Trick Truck victory.

The win was made sweeter by the fact that it was Householder’s first race under the Dethrone Royalty banner, a company that clearly recognized his potential as a top Trick Truck driver.* Another first was for Blitzkrieg Motorsports, who designed and built Householder’s winning Trick Truck, illustrating that with enough talent and commitment you do not need a Geiser Truck and multi-million dollar race budget in order to win in the upper echelon of desert racing. 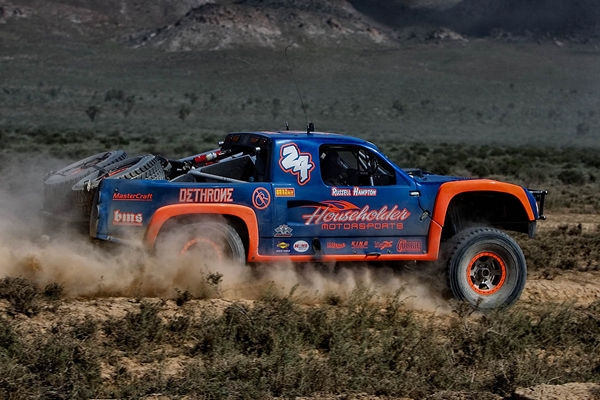 Householder Motorsports will compete in the full BITD and SCORE International desert racing series this season contending both in Trophy Truck and Class 1.* Householder currently tied for 5th in season points in SCORE’s Trophy Truck class coming into next month’s Baja 500, where he will start 6th off of the line in an effort to repeat his victory at the Silver State 300.​
​
Householder Motorsports is sponsored by:
Dethrone Royalty • BFGoodrich Tires • Blitzkrieg MotorSports
MasterCraft Safety • Vision X • Currie Enterprises
King Shocks • McKenzie’s Performance Products • BTR Wheels

Link
You must log in or register to reply here.