I've recently bought this 1974 FJ45. I'm after some info on this year FJ45. Its worth noting that I'm in New Zealand.

Its missing its original build plate the vin number stamped on the frame is FJ45 71113. Is it possible to tell what month '74 this was built? I see it has the later style indicators, did they change during 1974? I'm also curious to know what style side mirrors it would have had? 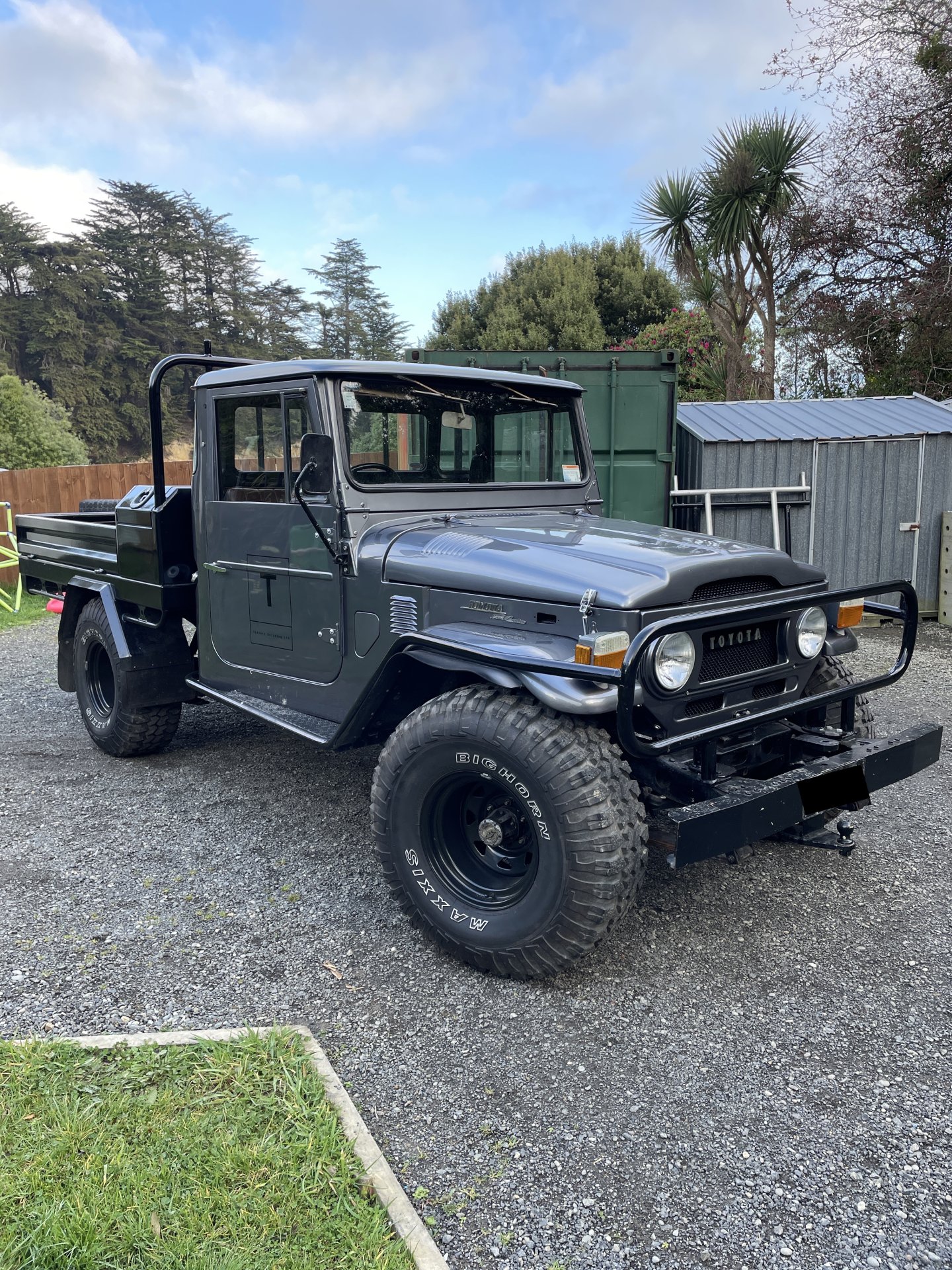