Ok it is a sad day, even my fiance who has bitched about the cruiser for 4 years doesnt want me to do it but I really dont have another option at this point. I am moving and cant ship, dont have a place to store, and can't leave behind so I am selling my cruiser. It has its obvious issues partly due to limitations on tools, working conditions, and initial knowledge; however its a good rig with a good base to be worked from and lots of fun potential. It also has a lot of good parts in it which will all come in the sale. I must get this thing out of here by the end of May no exceptions so if it doesnt sell as a whole within about a week then its getting parted and scrapped. So on to the details.

1973 FJ55 Pig Truck
I chopped the back and turned it into a truck bed. It is durabaked (like rhino lining) in orange and white. All the major body (fenders, doors, roof, sides, etc.)was stripped rust protected and primed before durabaked. Majority of the floor was replaced because it was rusted out when purchased. Cruiser had no engine originally so an engine was swapped. The engine is the earliest F engine. The carb was rebuilt by Mark at Marks Offroad and is in superb condition. The engine runs well and strong, had good compression #'s when tested about a yr ago. Cruiser has front spring reversal and extended shackles. Original fuel tank was shot so there is a 16 gal synthetic fuel cell from JC Whitney (I think) in the bed area. Home built roll cage inside the cruiser, needs the bar behind the drivers head moved up or back. The cage also has a spare tire mount. High lift and mount on the rear of cruiser. Rear fender protection tied into bumper and frame. Metaltech stinger and nose guard modified for FJ55 just needs a couple brackets made and a couple holes drilled to be installed. Front axle was swapped with an FJ60 axle to get disc brakes, third member will need to be swapped still so both ends have the same gearing. Original axle with third is included. Axle is not aligned properly at this time will need to be adjusted toward the passenger side about 2" to get aligned and be driveable again. Tie rod will also need to be replaced. Homemade snorkel probably best just taken off. Set of fog lights, and set of under body lights. Front seats need to be replaced buckets would probably be better in this case anyway. Welded rear diff.
Additional parts:
-Inner and Outer shifter boots - New
-Spare Axles - 1 fj55 front, 1 fj55 rear
-Numerous Drum brake parts
-All power steering components from an FJ 62 for PS conversion are included, box, pump, lines, steering linkage, etc. There are several good writeups for this in the 55 section.
-Various spare gaskets, rings, seals, manuels
-Set of spotlights
-2 extra spare tires/rims
-Extra intake manifold
-Radiator
-Guage Cluster
-seatbelts, overflow bottles, washer fluid bottles, various lights, emblems
-air filter housing
-brake booster
-jack stands
-white durabak 1/2 gal
-steel tubing, maybe some sheet steel as well
The cruiser runs but is not driveable at this moment and will need to be towed, trailered, etc. No warranty is expressed or implied. I will start at $1000 OBO cause I have no idea at this point what its worth because of all the mods and things I have done or the value of a lot of the parts. I would prefer someone buy the pig and do something with it even if its just gut it and start again rather than have to part and scrap it. After all the time and stuff I put into it she deserves better than the scrap yard. I will attach several pics if there is anything you want specifically let me know I either have it or will take it. First pic is one of the most recent I have, second is not long after the engine swap. 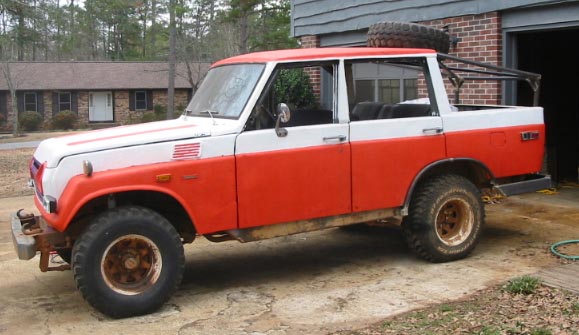 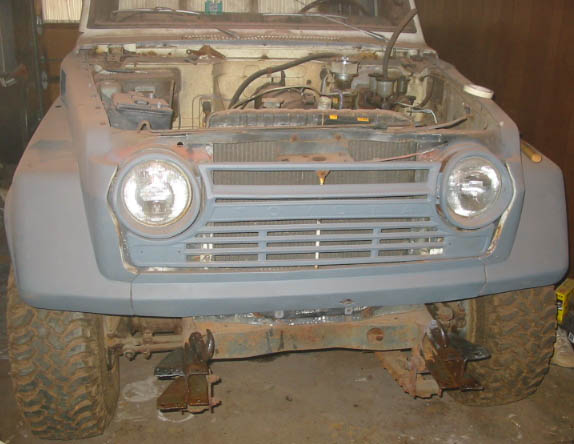 origins of the cruiser, replacing the floor 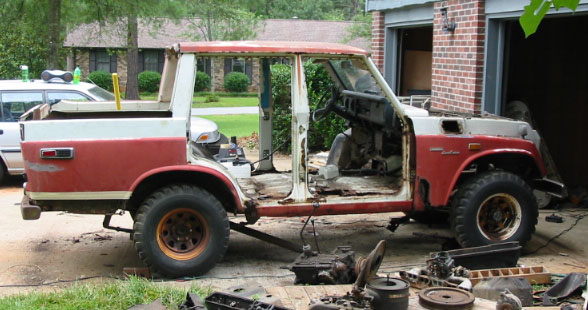 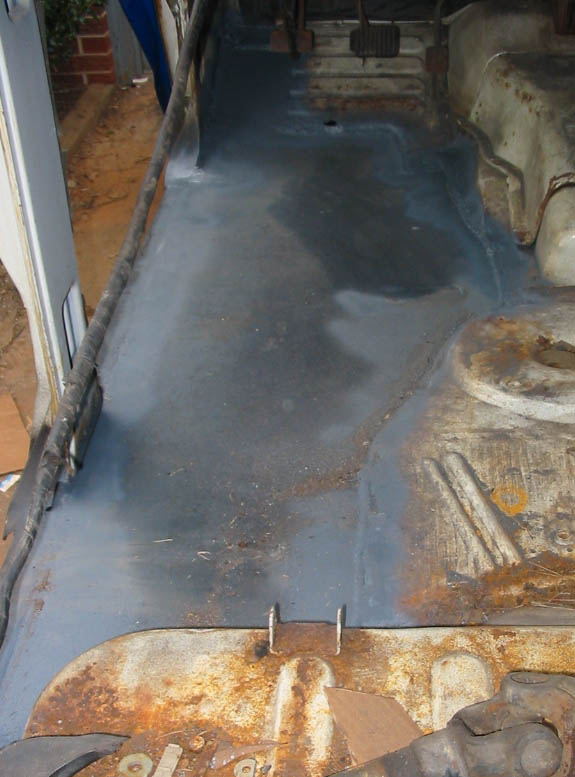 some of the body work along the way 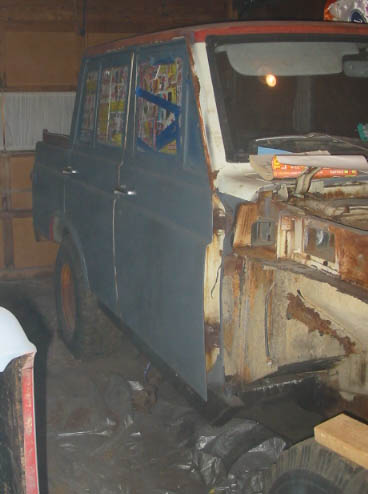 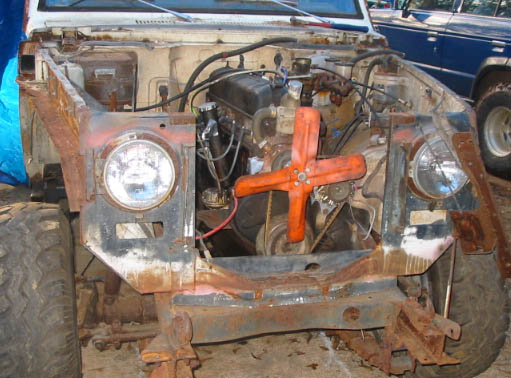 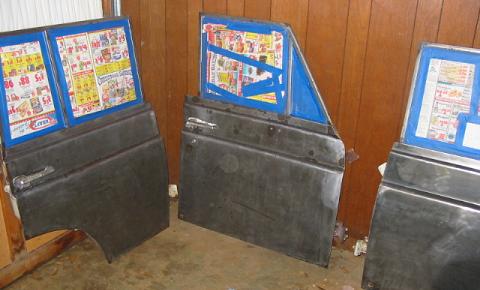 Ya can't sell till AFTER the end of June otherwise who will do the June POTM??

im interested! Where in the upstate is it located at?

edit: nevermind, im a retard. Can you pm me your number, id like to talk to you about it

Clemson55, Any chance you have a bunch of photos of the back while you were doing the cut away and finish? Would like to see some close ups if you have them. Thanks

Ill see when i can get up there too take a look at it, hopefully we can work something out.

I'm out of town until the 18th but will try to post a few pics of that up when I get back. GR just shoot me a pm or call me and we can set something up.
2015 Tacoma TRD PRO
G

pm sent, ill call you next week, trying to figure out how im gonna tow this thing.

Pics of the cut area on the bed. 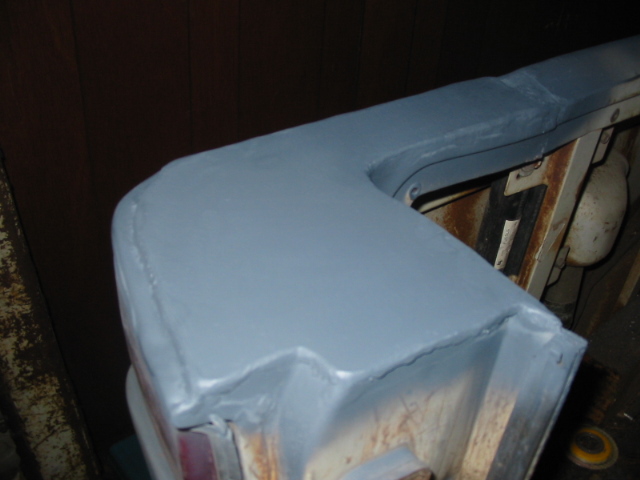 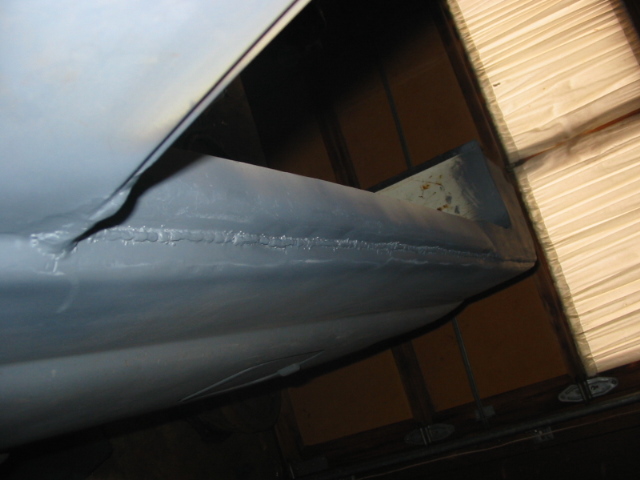 Those are nice cuts did you ever finish the roof area? Pics either way?
1971 FJ55 which goes by the name of "Pig Bites"
Gotta love the ones the hurt you right...

Dont seem to have a pic on hand I'll see about taking one for you.
2015 Tacoma TRD PRO

thanks Clemson. Still haven't decided to go forth and do the chop but I don't have a welder yet so I have to wait anyhow.
1971 FJ55 which goes by the name of "Pig Bites"
Gotta love the ones the hurt you right...

Damn Clemson I'm really surprised no one has taken you up on your sale. Maybe you are ment to keep it.
1971 FJ55 which goes by the name of "Pig Bites"
Gotta love the ones the hurt you right...

2 people seemed mildly interested first guy wanted to come on the 24th but hasnt responded in a few days other guy wants to come sometime next week. It has to go though there is no way around it.
2015 Tacoma TRD PRO

I know what you mean I have been trying to sell my motorcycle for about 5 months now and people come look at it and they seem to like it and then you never hear from them again. I have received many many calls. It's a pain.
1971 FJ55 which goes by the name of "Pig Bites"
Gotta love the ones the hurt you right...

www.wirrell.com
You must log in or register to reply here.