As some of you may know my son has a 1982 Mini-Truck. I swear it has been a nightmare to own. The latest issue is the slap wore out front stock leaf springs. They have a very negative arch to them , which has caused them to smash a large dent into the oil pan! (Lucky for us we have a few extras from the many blown engines we have been thru.)

Any way looking for some replacements or suggestions. Is it worth sending these out to be re-arched??? How much $$$ and how long would that last.

The best thing would be if somebody had some lying around. He has two jobs that don't pay so much, and at his third job as a partner in a record store every dollar they make is reinvested! Thanks Hendog 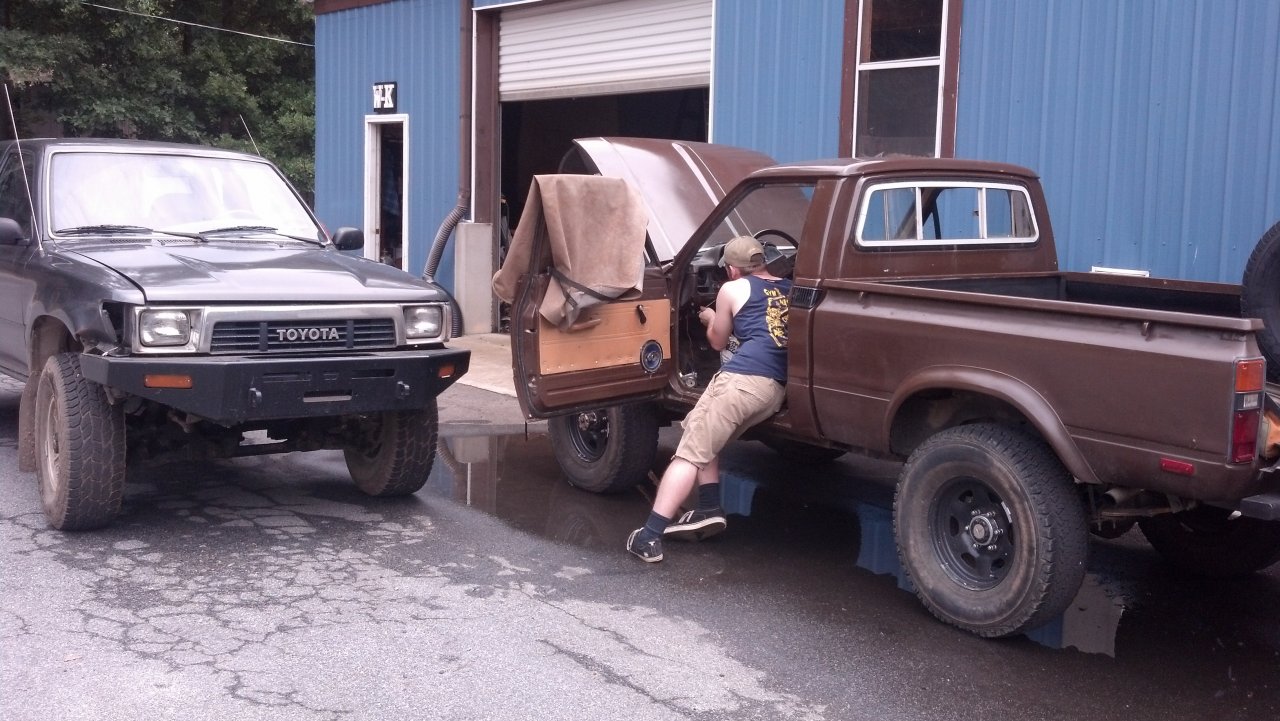 Hendog-- F150 springs for the win. Keep the main leaf from your current pack and supplement with the Ford springs. Pull a part has em I'm sure for $35 a pice I think.

I have a set of '85 front springs. I'm not sure if they are a direct replacement but a quick search would answer the question. They are located in Athens but could be delivered to the Dec ride if one is planned. I'd let them go for a 6-pack of frosty beverages.