You recognize this FJ45?

I picked this 45 up about a month ago. Does anyone recognize it? Who used to own it or where it came from?
The guy who sold it to me said it was his brothers, he had passed in 1991 and it has been sitting in a storage facility in Meridian since then.
He didn't know anything about it except that it was a Toyota Truck. One day the brother put a for sale sign in it with his phone number only.
My friend overheard a coworked talking about a Land Cruiser at his lunch break and saw 45 on his cell phone, knowing that I have been looking for one he asked his coworker where it was located. Like any of us he said "Give me $xxx, and I'll tell you."
I gave the guy $xxx for a finders fee and called the number listed. The owner and I met up the following weekend and I towed it out of there without asking any questions.
I've since removed all the trash that was in the bed along with the 50Gal fuel tank (only fuel tank) as it was rusted closed and been sitting since late 80's. I now need to rebuild the carb and see if I can get it running. The "lube, oil, filter" receipt inside says it has a 283ci in it. I'd like to think I'll leave it as is until my other ones are 'done'. 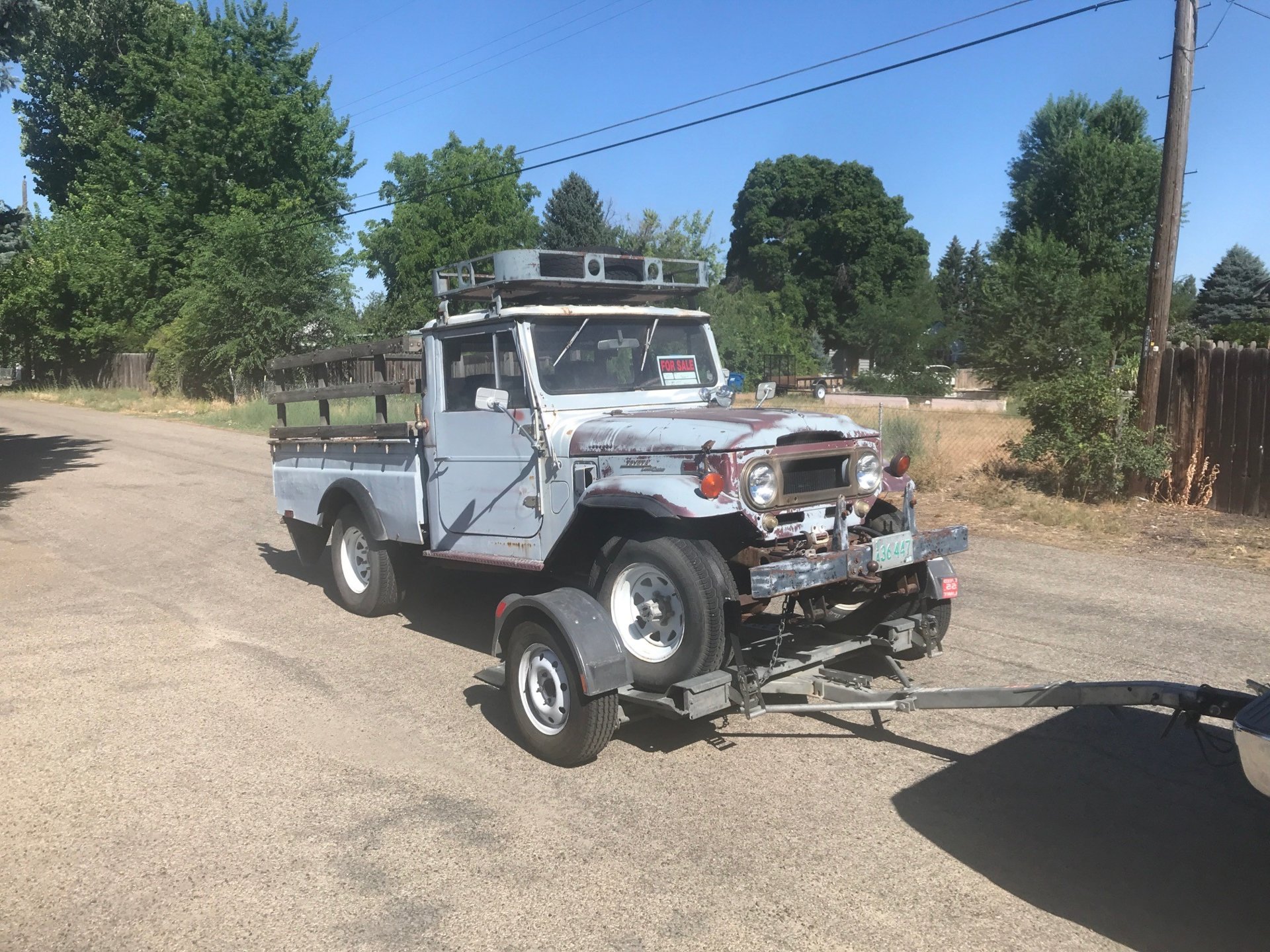 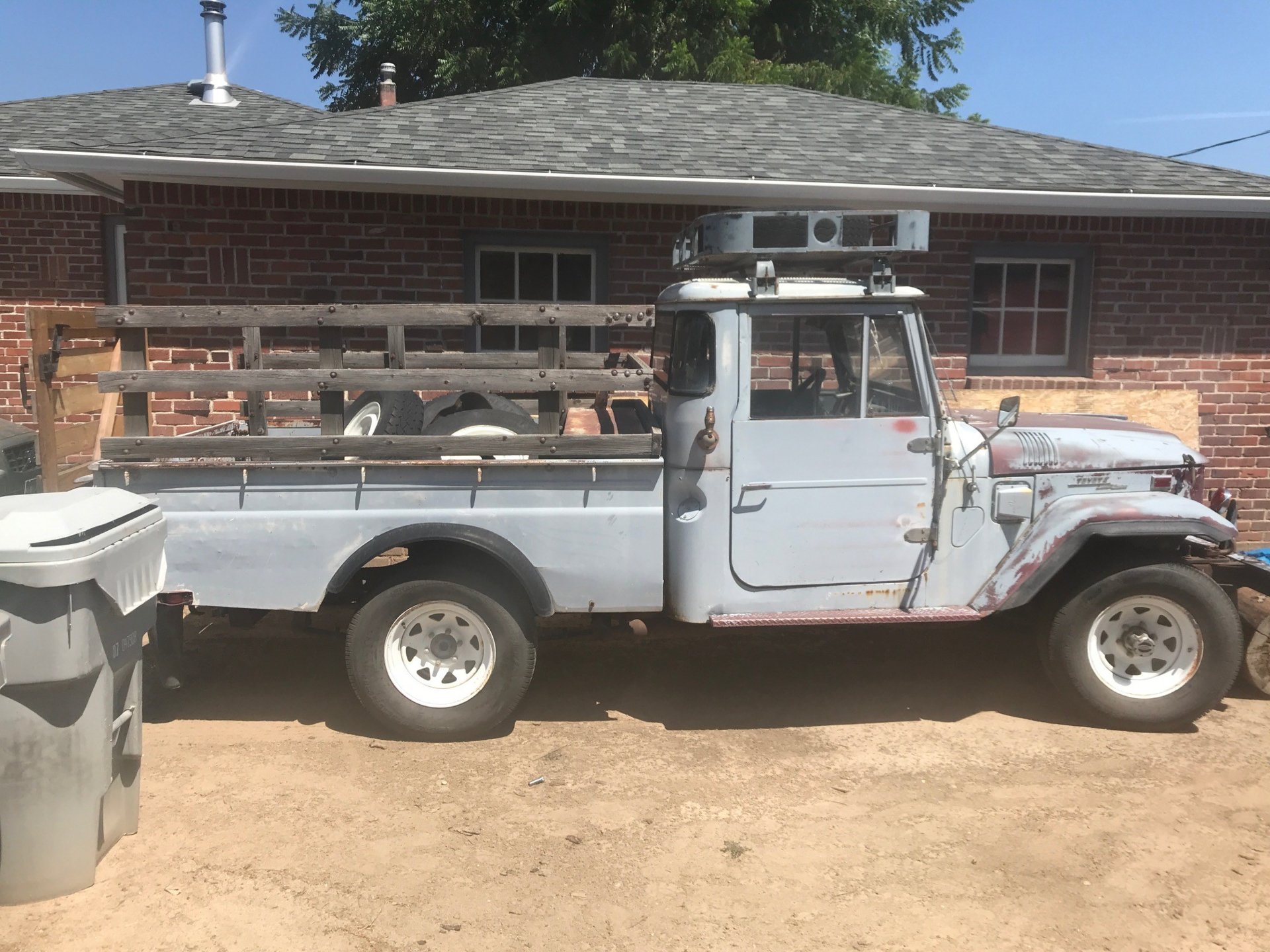 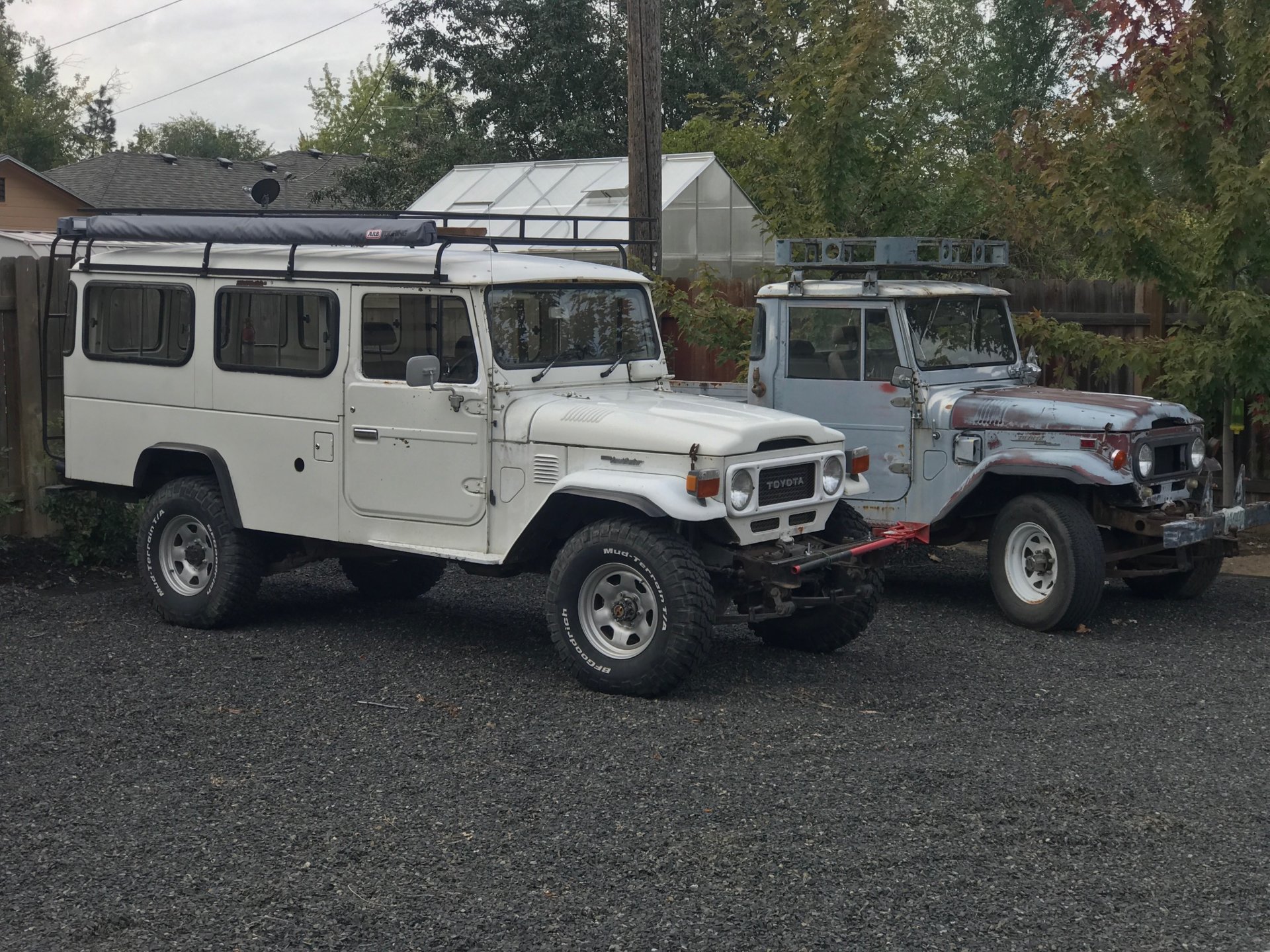 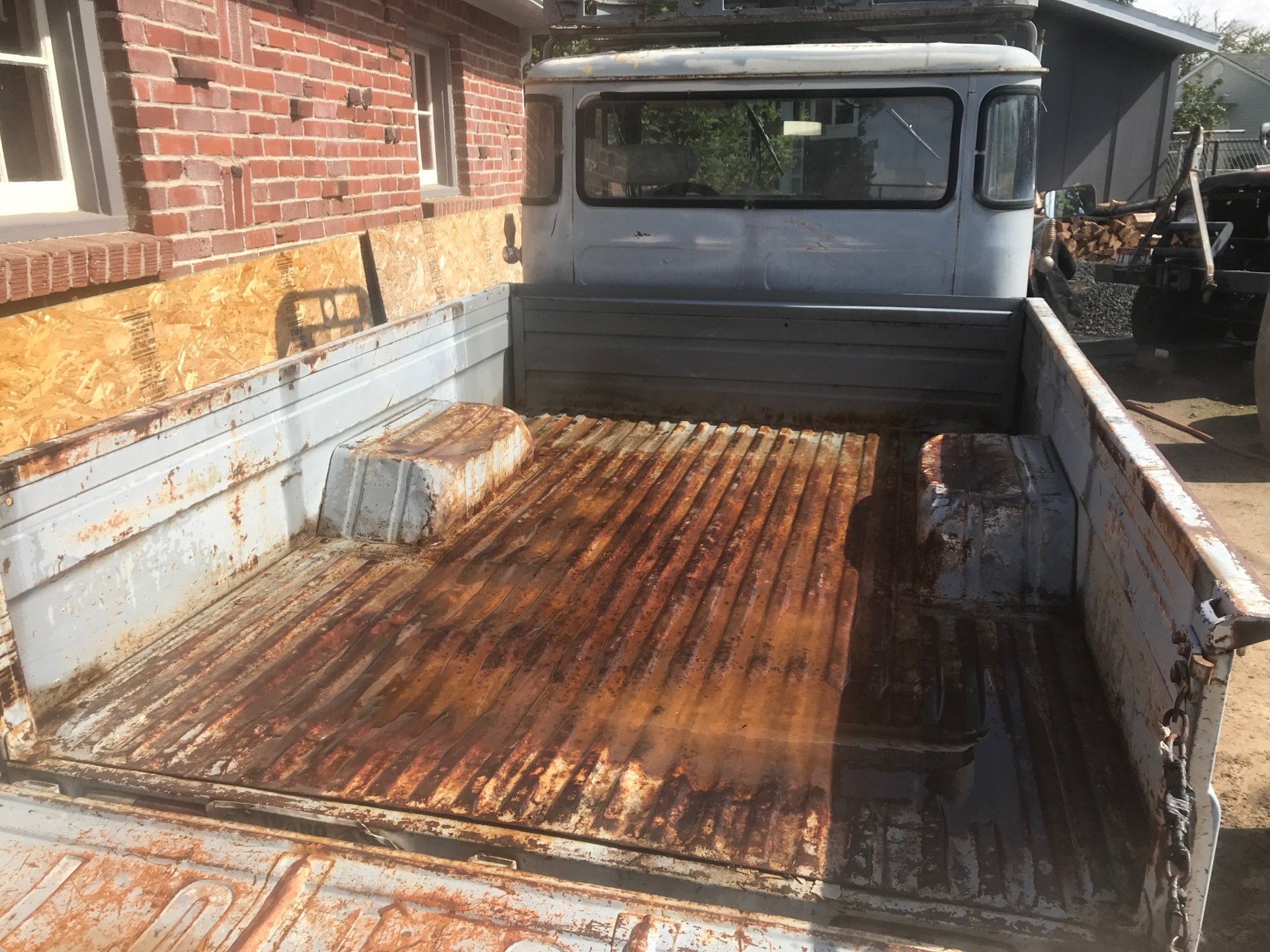 Perfect candidate for a Cummins 2.8 swap.

We might be doing one in an LJ soon, we’ll see.

Looks like you can still use a front bumper ... want my old one?

GoPats said:
Looks like you can still use a front bumper ... want my old one?
Click to expand...

What do you have?

Riversurfer said:
What do you have?
Click to expand...

This is bumper my 40 had when went wheeling near Murphy ... has winch mount plate and tow bar pins. 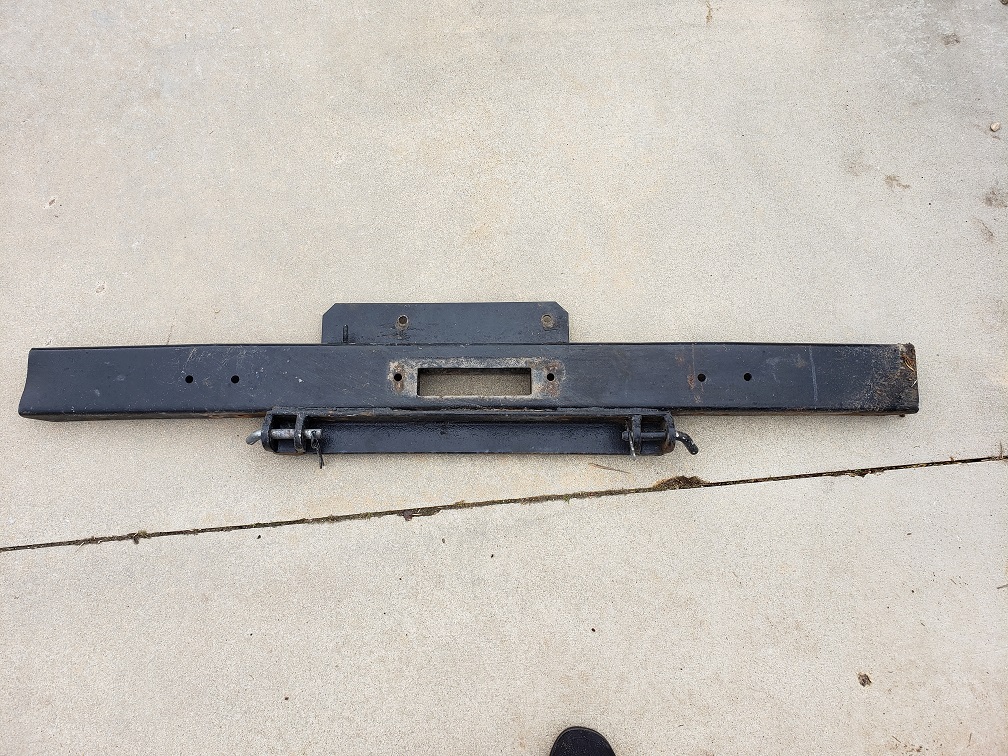 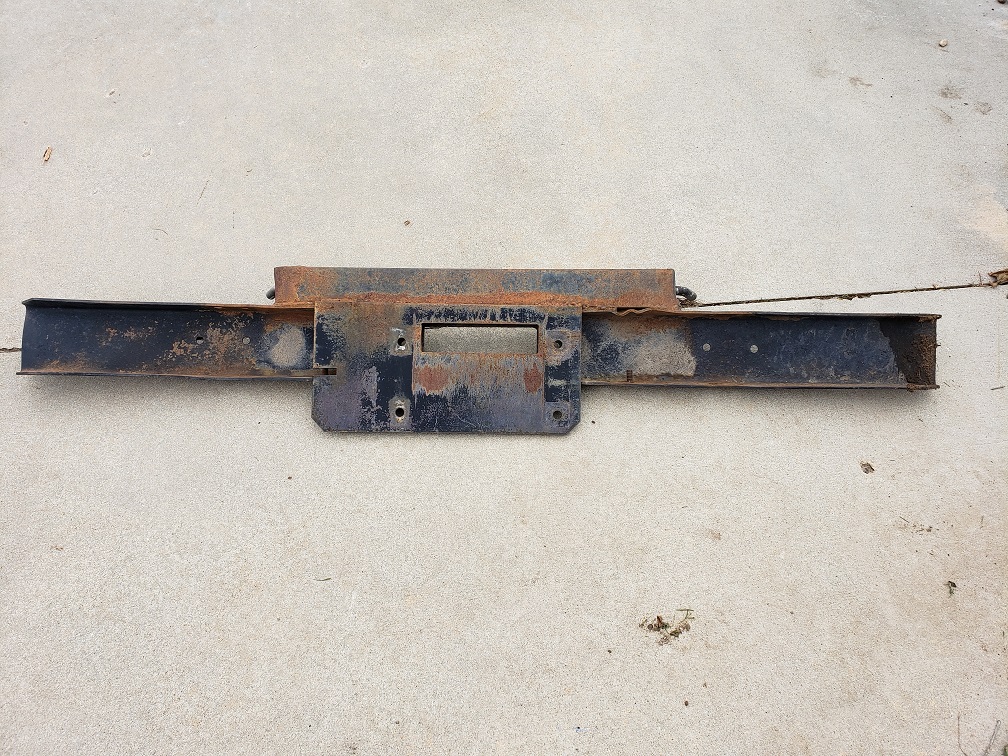