I recently had my check engine light come on... P0401.
Following the advice of a few forum threads I jumped straight in trying to fix this, as I need to pass emissions within the next couple of weeks and renew my registration.

I took off the throttle body, EGR valve and upper intake plenum in order to replace the VSV for EGR. Turns out that I should have checked everything else because, well, the VSV is just fine. Replacing it and will have a spare. Oh well.

[STRIKE]So there were a couple of ratty looking hoses I've decided to replace but one thing that bothered me was what appeared to be a vacuum port that had been capped off but had the cap crumble away. There was a bit of rubber at the base but it was wide open. I've circled the port in questing in red...

It looks like, from looking at my FSM and other threads, the VSV for EGR should connect to this port. The line that's supposed to connect to it, however, was previously routed directly to my EGR valve. What to do?

Should I cap it and leave the hose routed as it previously was? Route the VSV to this port and run the line from the EGR valve elsewhere? I'm not sure where I should run the EGR valve vacuum line to if I change this.

The port in question simply passes through the plenum and has another end on the opposite side of the plenum where the EGR valve is normally connected. PO bypassed this for some reason, though it does not appear to be blocked in any way.

Closing thread because I answered myself... whoops. 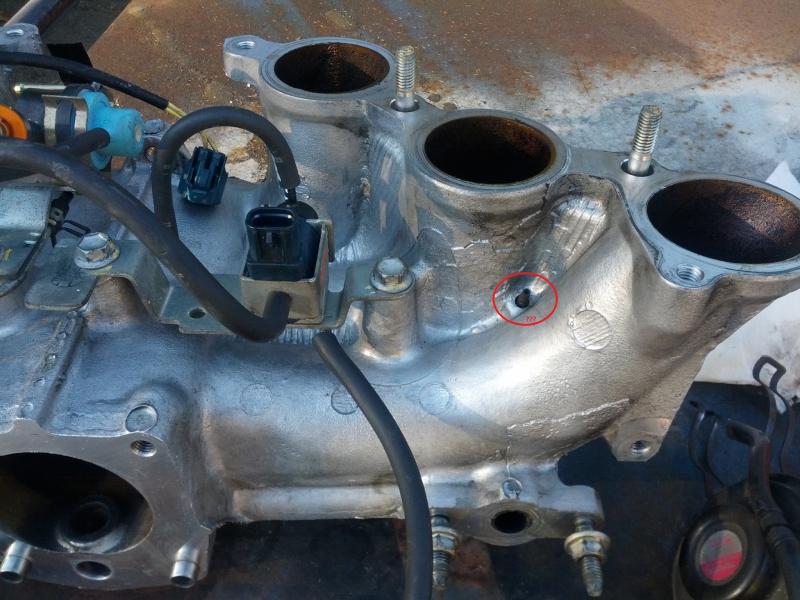 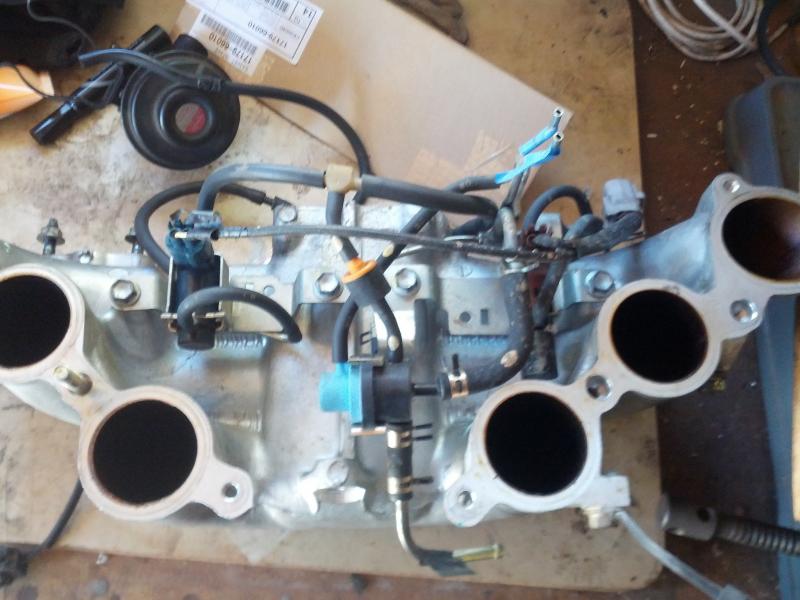