Alright, since I'm having problems I figured I'd ask the experts. The pics I've seen online and in the manual of the internals of the brake master cylinder have left me in doubt as they are not super obvious about the orientation of the parts. I'm referring specifically to the piston on the right of my photos (these internals are the ones I'm replacing, the old ones, which I used just for the pics as the Spector Off Road rebuild parts are in the cylinder at the moment). I first had the piston on the right installed as in the second photo and in bench bleeding (but attached to the booster, actually) I could only get action on the rear brake reservoir but it just blew bubbles continuously with no improvement. The front reservoir did nothing. I took the cylinder apart, looked at pics, etc....and figured that in fact it must be put together as in the first pic so I changed the orientation of that piston on the right, put the parts back in, put the snap ring on, pushed down on the plunger as far as it would go, tightened the lock nut, and reinstalled the MC on the booster, and reattached my "bench bleed" system. This time, the rear would shoot bubbles into the reservoir for the first half of the brake pedal travel and then would stop any action and the front reservoir would start to circulate out the air bubbles. After doing this a bit, the front seemed to have bled but the rear cylinder just kept blowing bubbles for that half brake pedal travel but never cleared. It seemed to continually have more air. For lack of anything better to do, I hooked up the normal brake lines front and back and tired to bleed the rear drivers side wheel cylinder but in fact brake fluid would not flow out and there was no action in the rear master cylinder reservoir. So last night I ordered a new MC from Cruiser Outfitters but in the meantime, any ideas on what the heck is going on? Do I have the parts in correctly...as in the second photo? I am on a super tight deadline to get this truck moved and if I could get some working brakes today and not in two days, that would be fantastic. The MC that's in there now has a name on the side that I can't quite figure but for sure it does not say, "Aisin". 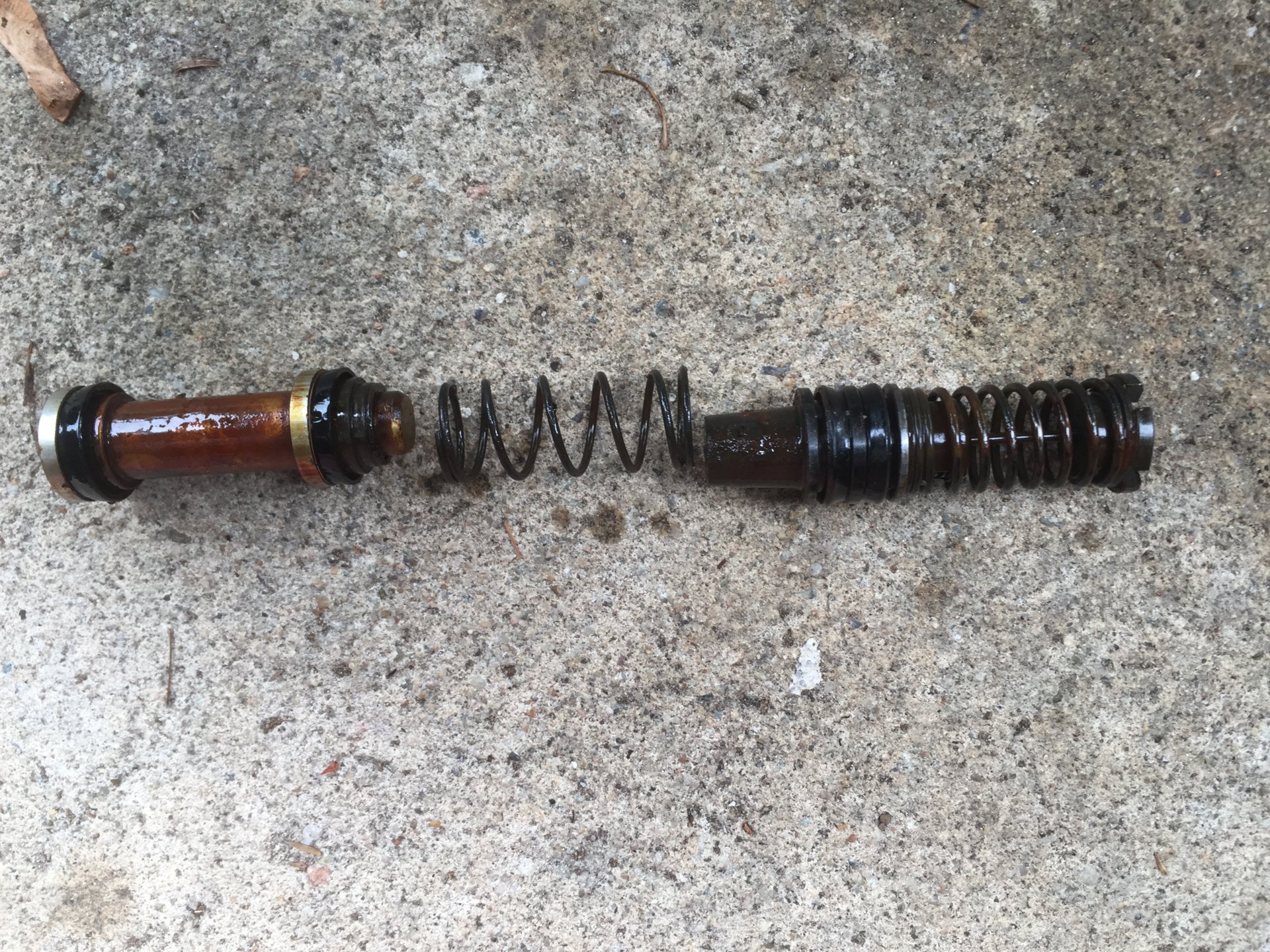 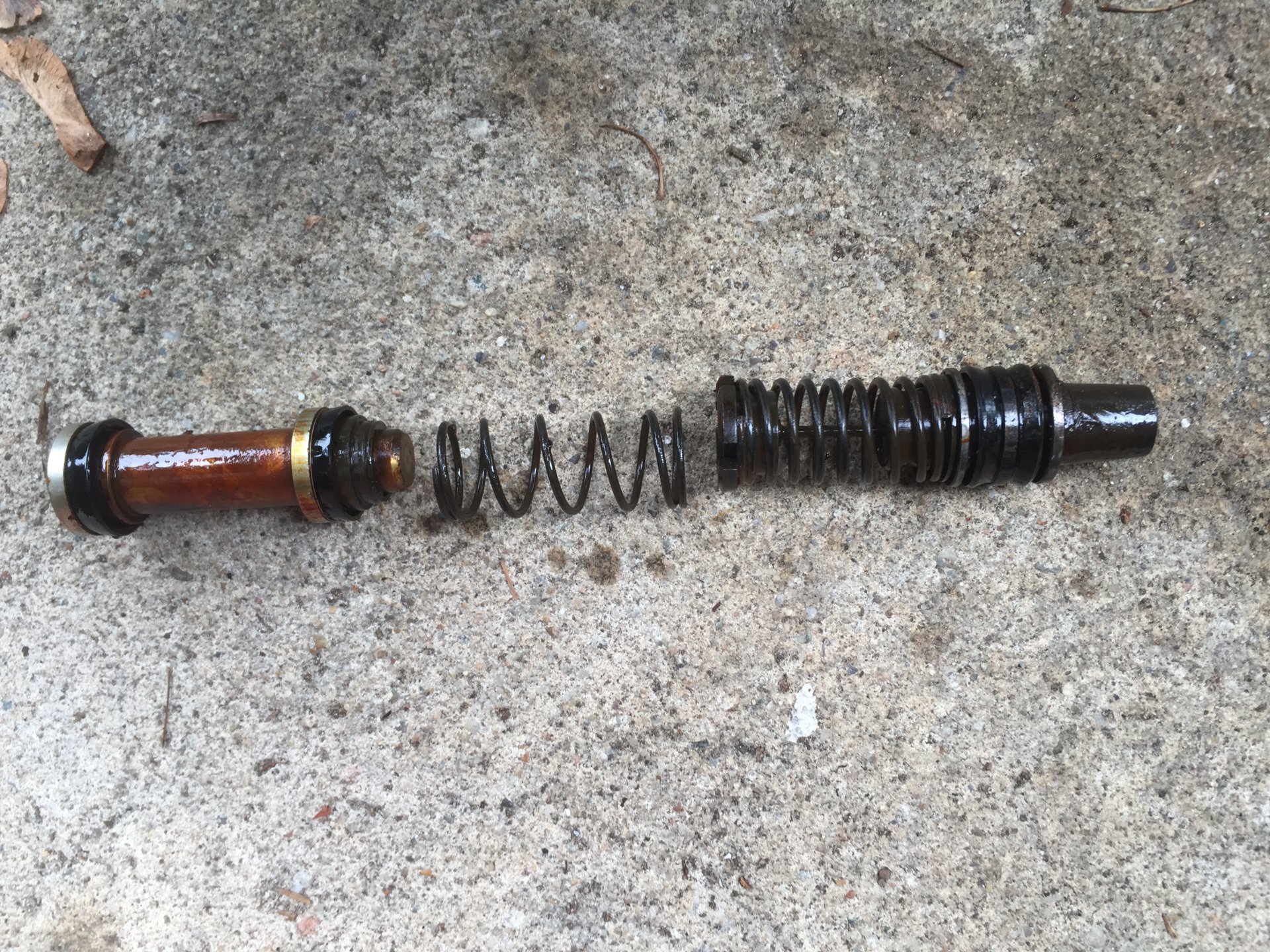 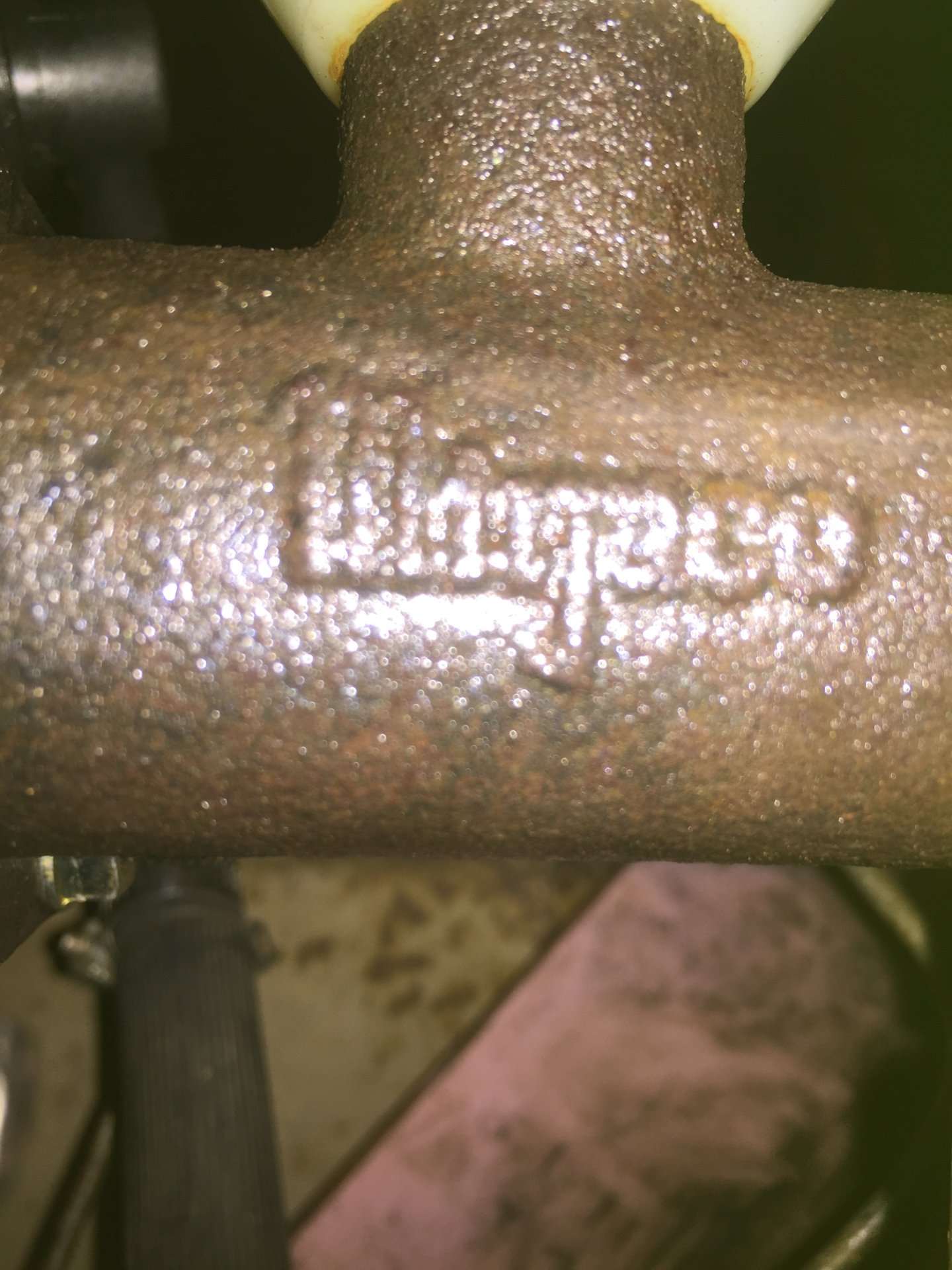 Maybe Coolerman can come to the rescue with information he posted here.

I was following Coolerman's post, actually. thank you. I guess what threw me on his post is the internals of his MC that he laid out...there is a piece on the far right that I either don't have or it already compressed in my piston. That's why I was confused. Am I missing a piece altogether?

OH man, I just had the thought....that piece must be still stuck down at the bottom of my MC and I never got it out! It must not be a piece included in the rebuild kit.....?
You must log in or register to reply here.

S
For any who are interested in the "blues"

S
For any who are interested in the "blues"