It looks like, along with someone welding a pretty thick plate between your bumper and the front frame cross member, they welded plates in to box the frame (part of which is used to mount the steering box) and it appears welded the bumper to the frame.

That's going to make a lot of things, well, different. Undoing it all would probably be more work than worthwhile (assuming that at least the welding looks done right, i.e. none of the welds are cracking).

Usually, those two holes on the top of the frame, just large enough for m12 bolts, take a pretty substantial part of holding the bumper. I'm assuming you wouldn't be able to get a nut inside the frame rail to hold a bolt on the top of it...

And that plate looks like the only thing providing much of a "gusset", lateral support for the bumper? Maybe with all the welding done it's not an issue?

You could weld a plate up on top of that to mount an 8274, it would sit pretty high. Or just drill some holes through that plate and mount something like an xd9000 (or really just about any other electric winch other than an 8274), making sure it's not too wide and low to interfere with the steering box.

But to mount an 8274 lower, behind that bumper like most of us have, you'd have to cut the plate and cut a slot through the front of that bumper for the cable, while it's welded to the front of your FJ40. Not a challenge I would be excited about. 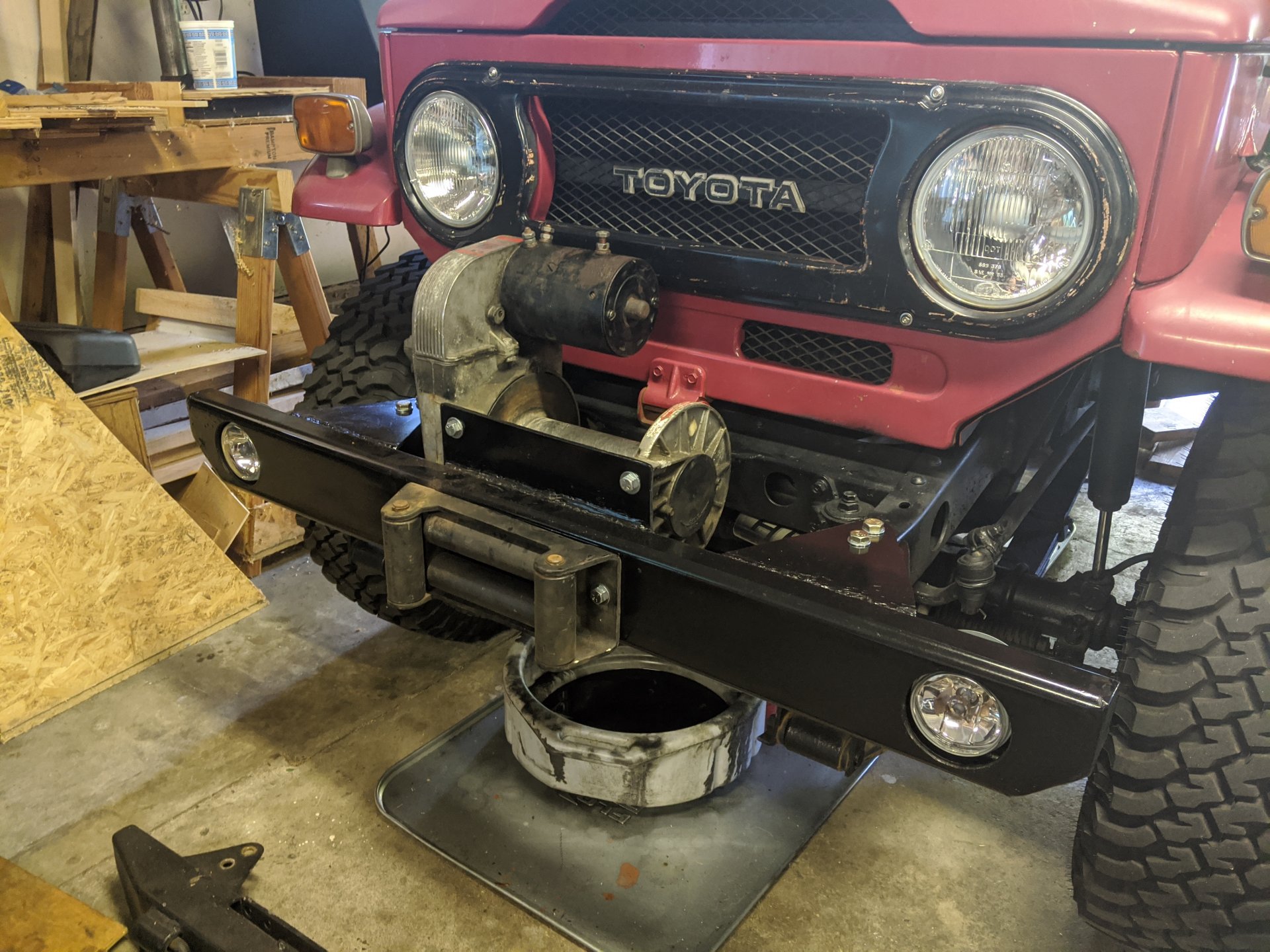 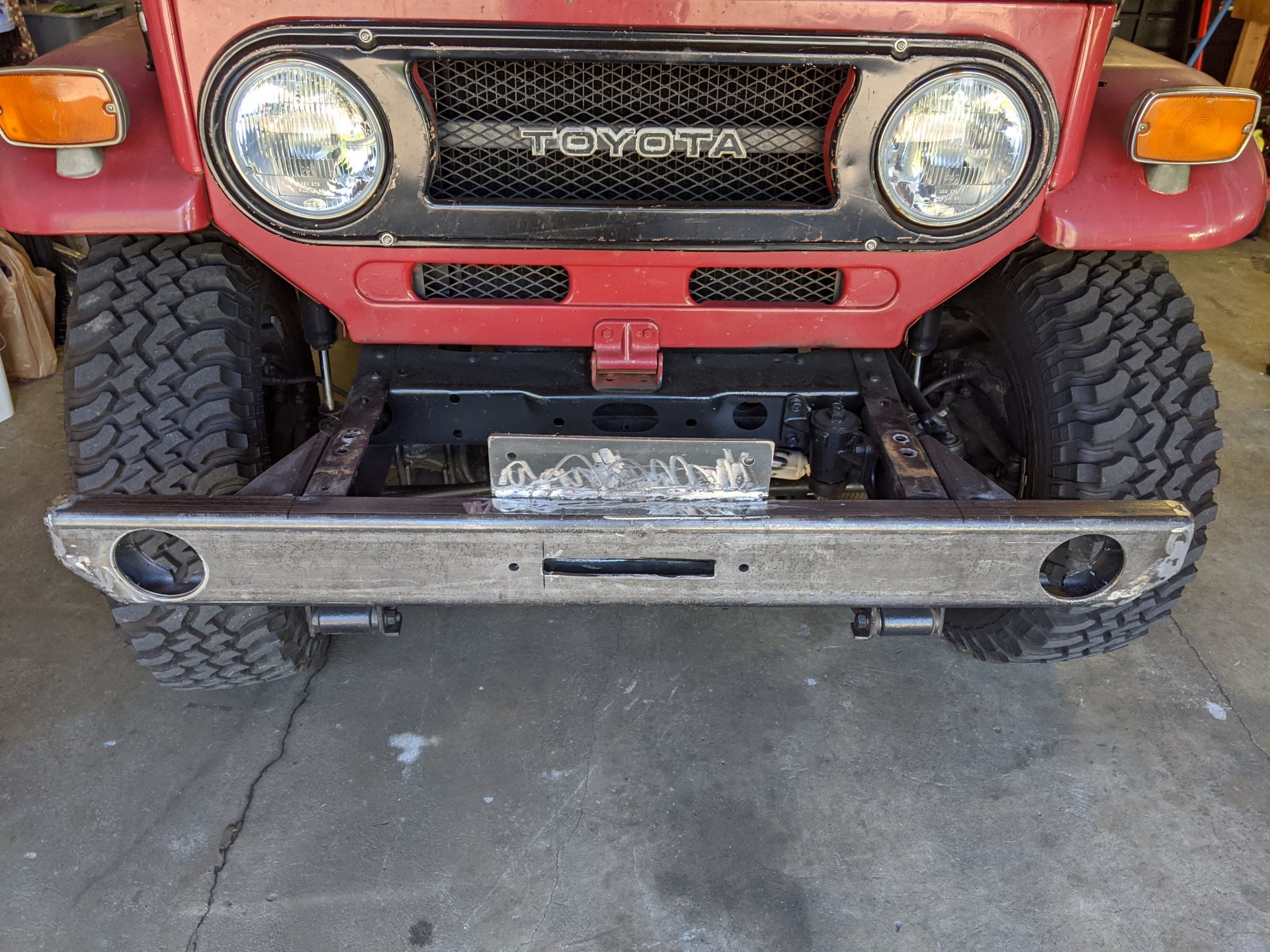 B Daley said:
Here are a few photos of the current bumper configuration.
View attachment 2526259
Click to expand...

Am I the only one who really questions this configuration?

The plate welded between the bumper and the cross member while likely strong shift at the damage zone of a front impact directly into the radiator/fan area...

1911 said:
The classic winch for a 40, and a powerhouse that is easily rebuilt and upgraded. Buy a used one and rebuild if necessary to save some cash, a new one is expensive.

What bumper is this?
I just bought the Hell For Stout in black with no winch plate and I’ll be putting my factory pto winch on it.

I’m not particularly anti winch, but keep in mind when you have the only winch in the area, guys whole heartedly expect you to practically waist your rig to save their’s, and you are the wiener if you don’t- - - can’t remember how many times I got my rig in total trouble while getting a stranger’s rig out of trouble. I’m not actually anti winch though, I used mine 3 different times to save my rig from total loss, an I thank my lucky stars I didn’t have a PTO winch, my engine could not run on those 3 occasions.

Has anyone accused you of crimes against humanity yet? Your bezel and grill appear to be upside down as well.

Sorry to pile on but if your in a 40 and folks are getting stuck, this is the real deal 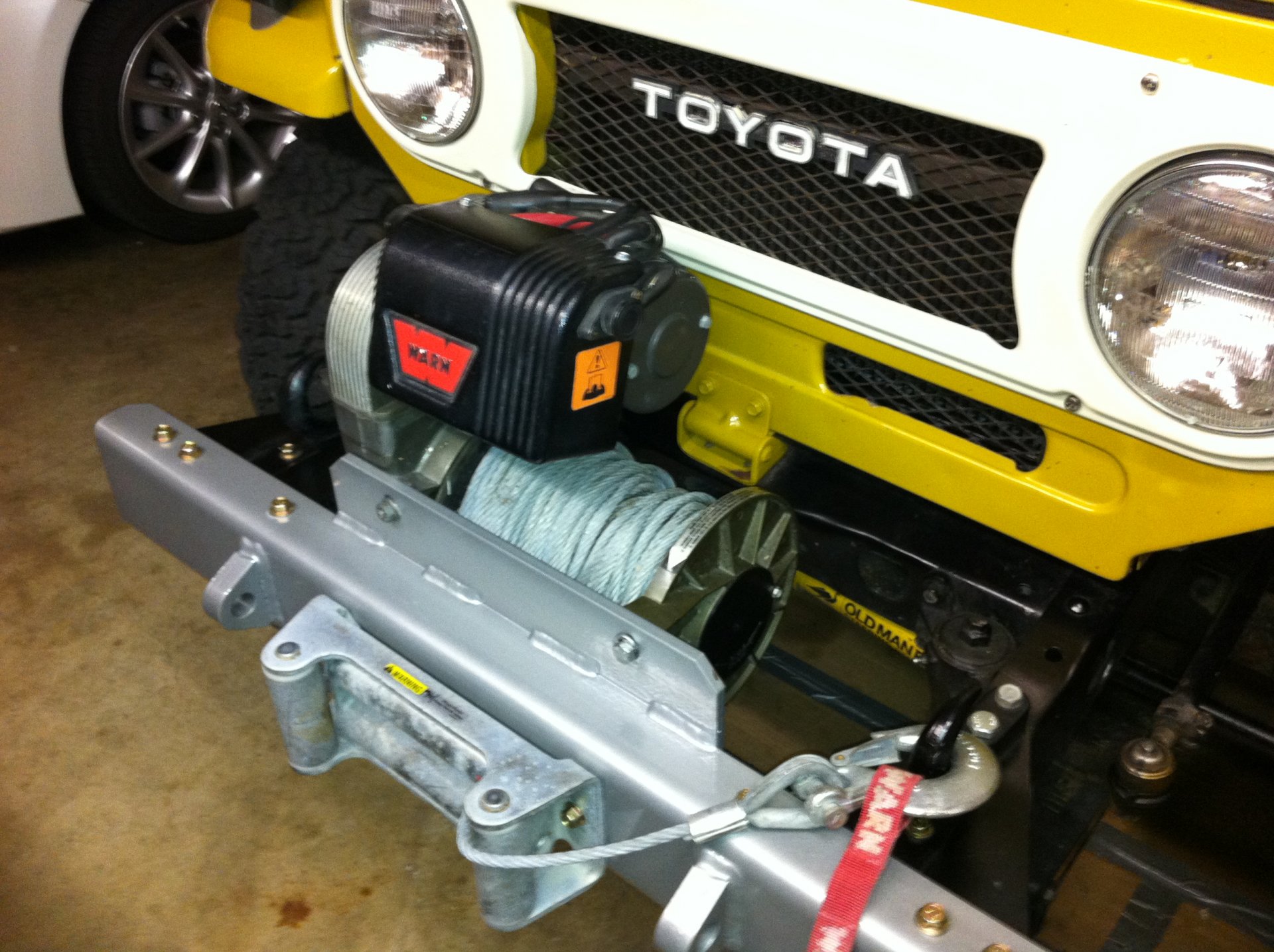 umsizi said:
What bumper is this?
Click to expand...

How thick is that plate ?
easy way could be : drill 4 holes on that plate and bolt a cheap winch
You must log in or register to reply here.

Thursday at 9:43 PM
Living in the Past

Would the real OEM rims please stand up?