A few years ago I bought Felix's FJ40. I always wanted one since I was like 12 years old and remember seeing those Ambulance doors on one in Old Town. Felix was a great guy to deal with, took care to let me know all the idiosyncrasies and was a huge asset as to all sorts of cruiser information. I proceeded to fix as few minor things to get the truck through safety inspection (with the help of knowing the right inspectors) and then used the living piss out of it as a DD (Over 15,000 miles in a year and a half), tow rig, and whatnot.

I met a few of you in the process and learned a lot. I remember losing up my drive-shaft at like midnight on a Wed. on route 50 heading home from a sailboat regatta in Annapolis and literally blowing it up(I felt the vibration earlier that day and had a bad feeling). I smiled, threw it into 4wd, limped it to a gas station with the front wheels and called a friend to take me home. A few posts here later and I have everyone offering me parts and to help. Awesome. I got it fixed and continued to drive all the bushings from there respective parts and blow the collector on the header over the next several months.
Blew up a tire on route 4 at 55 mph, that was awesome fighting the manual steering across 4 lanes of traffic without a front tire. Got it fixed, drove the rest of the way to Galesville on a half full spare (life note: Make sure spare is filled). Ryan from OTRAMM was nice enough to come and fix a few little jacked up things shortly thereafter.

Then there was the time I had a dead alternator and couldn't seem to find the right one for a week and just drove around with no electronics (like it had any anyways) and didn't use headlights unless I needed to. Just keep an extension cord and battery charger on the the car for whenever you are at work.


Things change and life moves and I ended up getting a real job about 2 years ago which was great but forced me to A.) cut into my cruiser time do to being a little more career oriented and B.) Get a car with power steering and air conditioning since I will be driving alot (Averaging 22,000 miles a year). So I bought my idea of an adult car (2008 4runner, ProComp 3in lift, BFG Mud-Terrain Km2 on Ultra Wheels), pulled the rollbar off the FJ40 and pushed it into the garage for sunnier days.

Fast forward to this past November and I have a little more time from work and am better finanically set to treat the 40 like it deserves. I finally get around to dealing with the frigid temps in the garage and pull apart the intake and exhaust to replace the header. When I was in there I realized my front 2 motor mounts were toast which caused my linkage on the carb to get jacked a few times (Always have channel locks), as well as one of my rears. Closer inspection showed a whole rung of other minor issues I would love to deal with since I was that far (Read: cannot leave well enough alone). .

So began the dismantling: First the rusted front fenders fenders (Which are now less rusted thanks to some hackjob Cut/Mig work on my part) were pulled, cool, deal with later. Then the rest of the front end was taken apart with only like 3 broken/ stripped nuts. Pulled the heater to rebuild with the Metric TLC Kit. I wanted to get everything straightened up and working right and install the heater John Embrey gave to me awhile ago. Slippery Slope. Pulled thew radiator and drained that.

Steering box needed new seals and despite my willingness to do anything I figured I should let a pro do it. Several months (I am slow) months later I got the carb and steering box sent out to Jim C. for rebuild. In that time I pulled the front axle, blew some hard earned money on an OME 2.5" kit from Kurt at Cruiser Outfitters and pulled the front axle to strip and put new pinion seal and then repaint. Because I cannot just leave a rusty beat looking axle sit on top of my fresh springs. New U bolt Skid Plates (Originals were toast fropm being banged on rocks, had to grind off the old U bolts). When pulling the hard lines from the front Axle I broke one of the lines and decided I should just put on all new stainless hard lines while I was there. I am still waiting on them to send me the lines.

Status of FJ40 Front Axle is all set, new springs, shocks, shackles, pins. Entire front 2/3 of frame have been ground down to bare metal, hit with phosphoric acid, then 2 coats of Eastwood Rust Encapsulator, then Rustoleum topcoat. Every part that has come off rusty was prepped, primed, and rattlecanned prior to installing with new hardware and anti-seize (Well ones that I can Anti-seize). Fuel tank and all interior pulled. Gas Tank is in good condition and interior needs some small welds and then paint and put back together. Have new Poly body mounts that I need to pull out an impact and install. My dumbass cross threaded one of the shackles on install and need to get a new one from Kurt. Need Torque everything down, put on new brakes and move the efforts to the rear (Or I need more Jackstands). My buddy is supposed to fab and install a new rear sil for me but need to take it to his shop and currently is not driving.

I still have the engine compartment and steering to deal with; I have redone all TRE's and Tie rods (see my awesome rattle can job), need to rebuild Center Arm (Have kit, am lazy), and whenever Jim C. (Has the Carb as well, he has had them for about 5 months so I hope it might be close) gets the box back to me have it buttoned up. I am hoping for minimal mechanical issues by covering all my bases beforehand. But I am a rookie.

Fast Forward to Right Now:Tired of seeing the kids running around in their Jeeps and frustrated by a lack of manual transmission in my life I start to lurk craisglist for random vehicles. I finally just let the better part of my cruiserlust get the best of me.

And so I bought a 60 to toy around with while I am in parts limbo on the FJ40. I rationalize it by saying it's because I have a dog and a girlfriend now and need more than the 40 for taking them camping and so on. I just like these truck. I have learned so much, had my patience tested, and met some cool people.

The reason I write this is because I had fallen off the map (Iphone App stopped working and I am lazy) and Felix hit me up the other day to ask about the truck and on Sunday at some Cars and Coffee thing near my house I met Stephen I think who lives in my area and has a 62 I think he said and it made me think. I have no made up for never posting and lurking by writing a novel. I am sorry about that.

I am going to try and figure out how to attach pics so this won't be just reading. 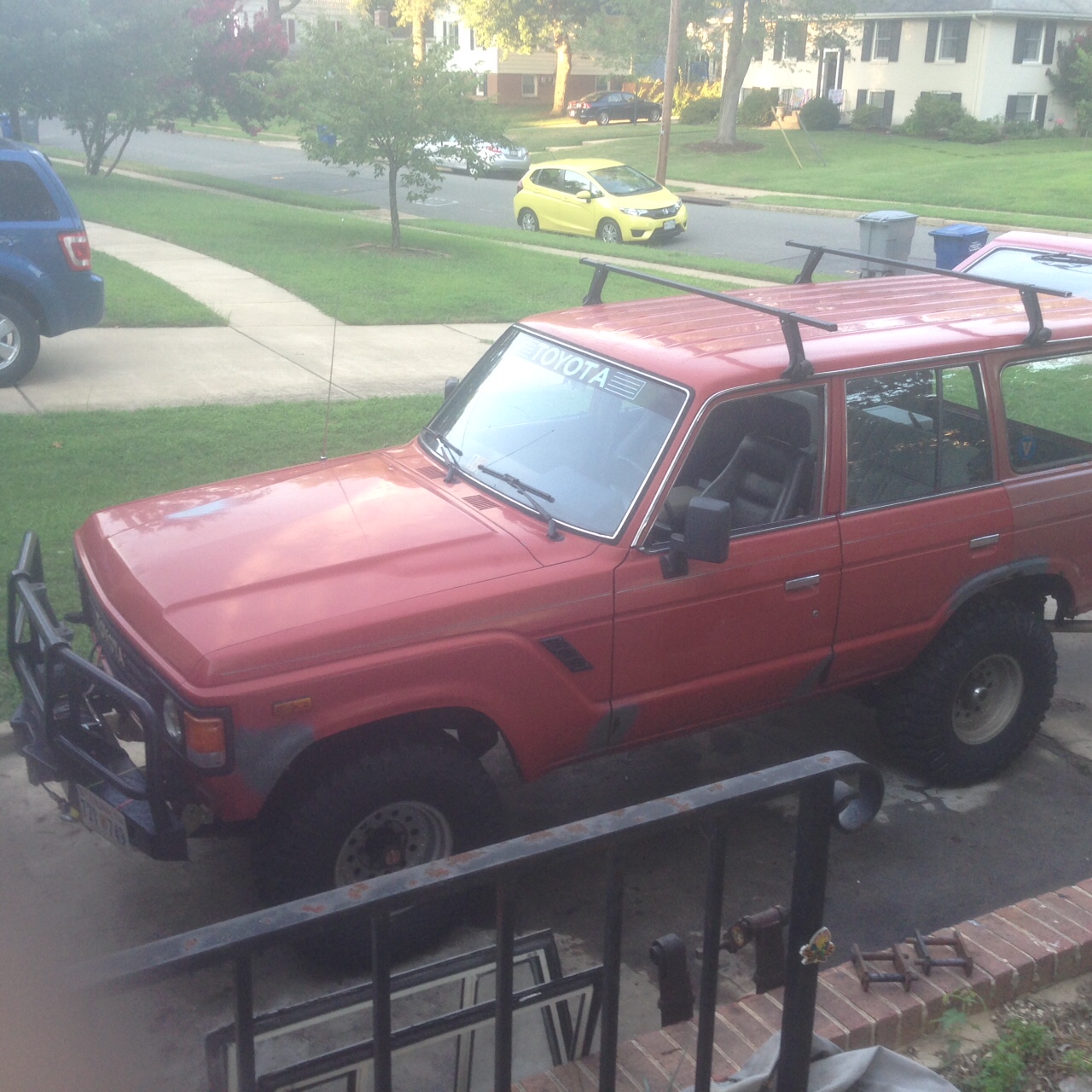 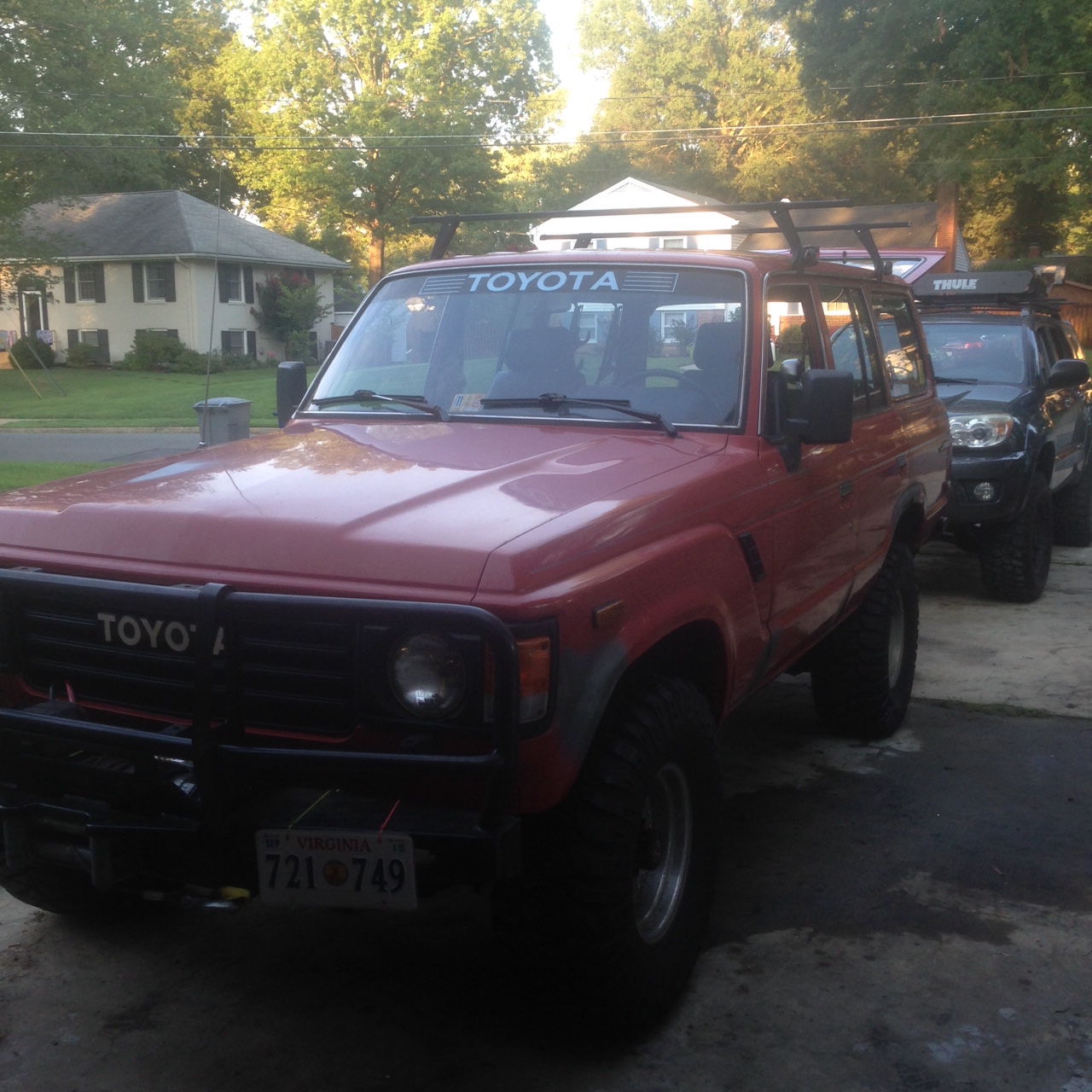 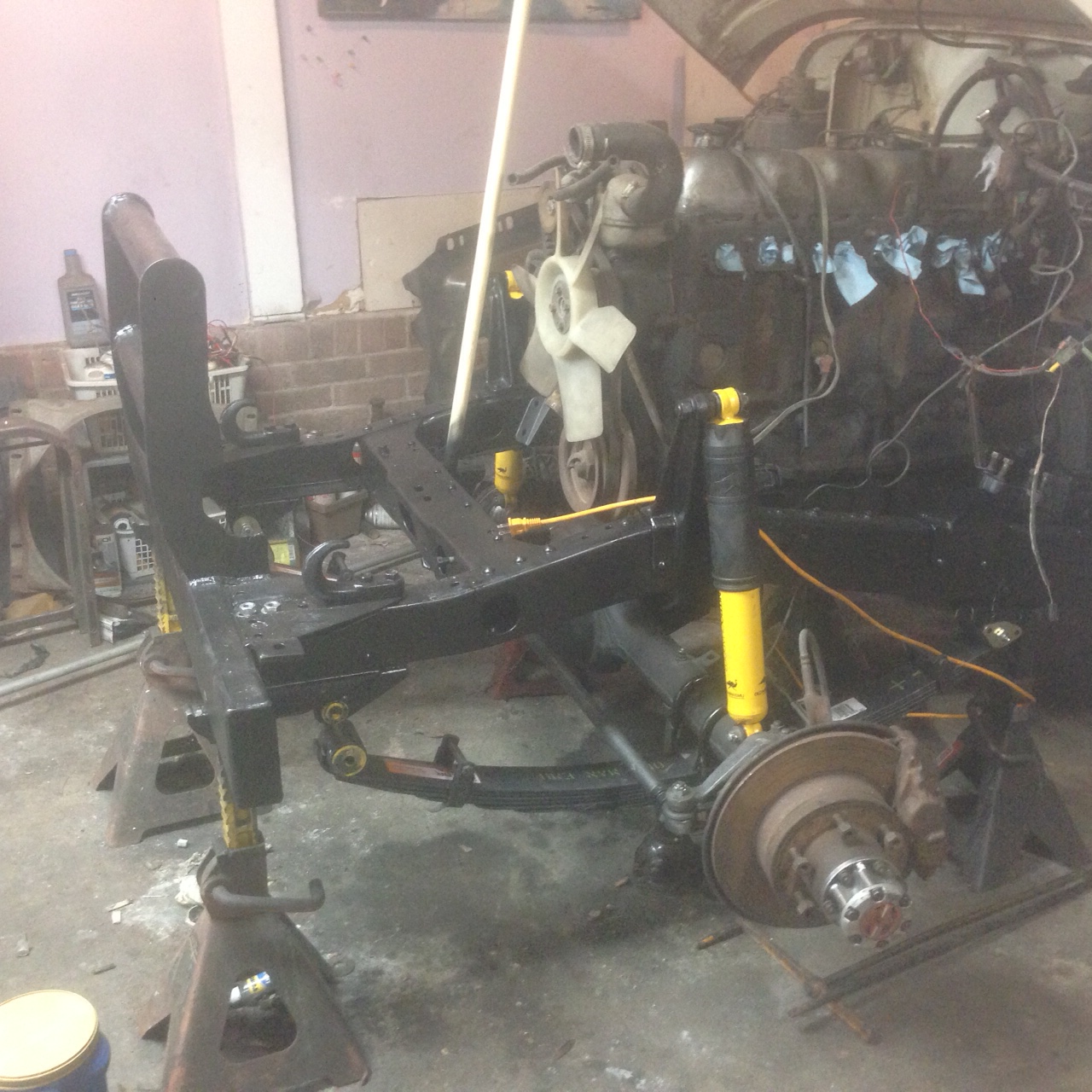 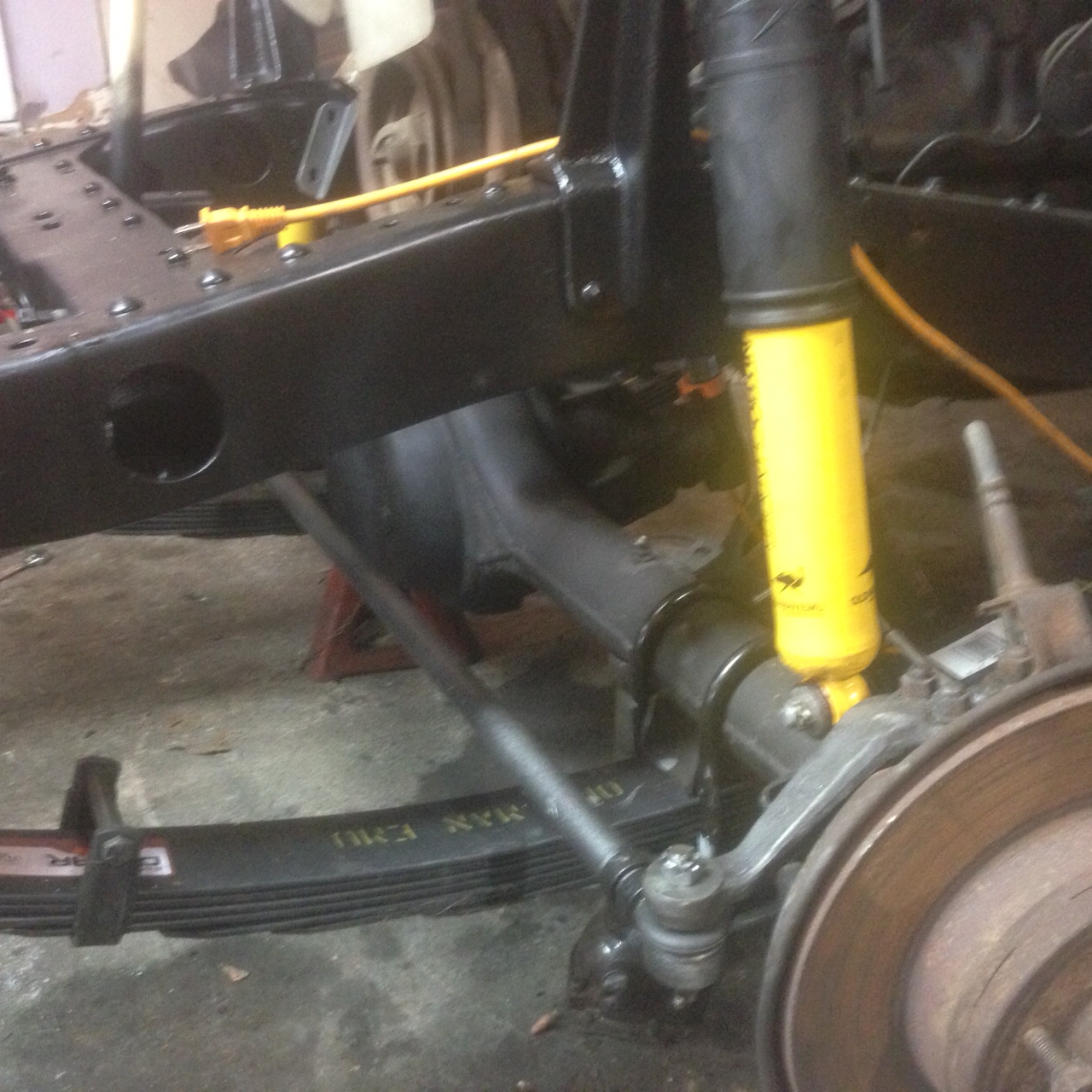 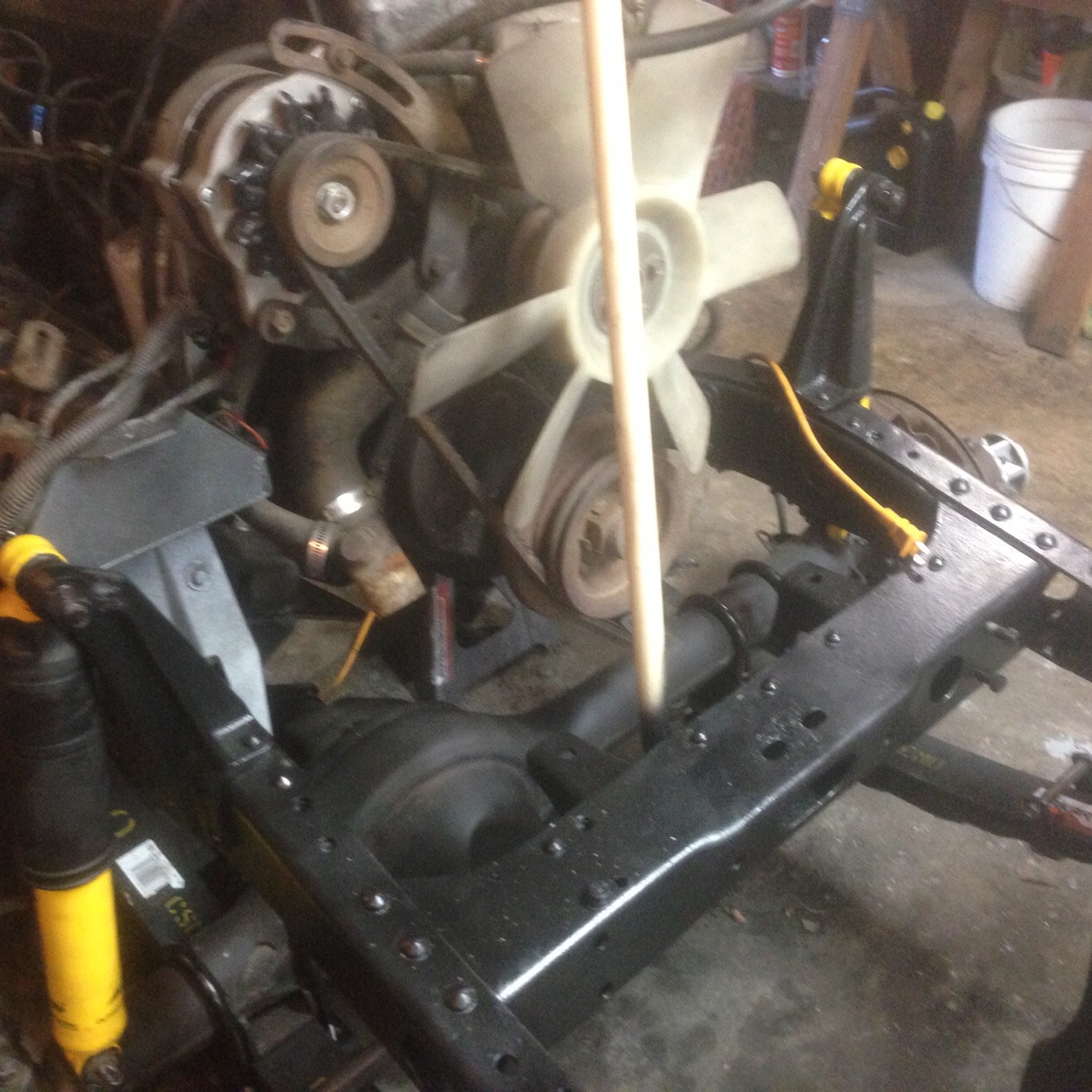 Some Pictures of where I pulled the diamond plate to start accessing the rear sil. 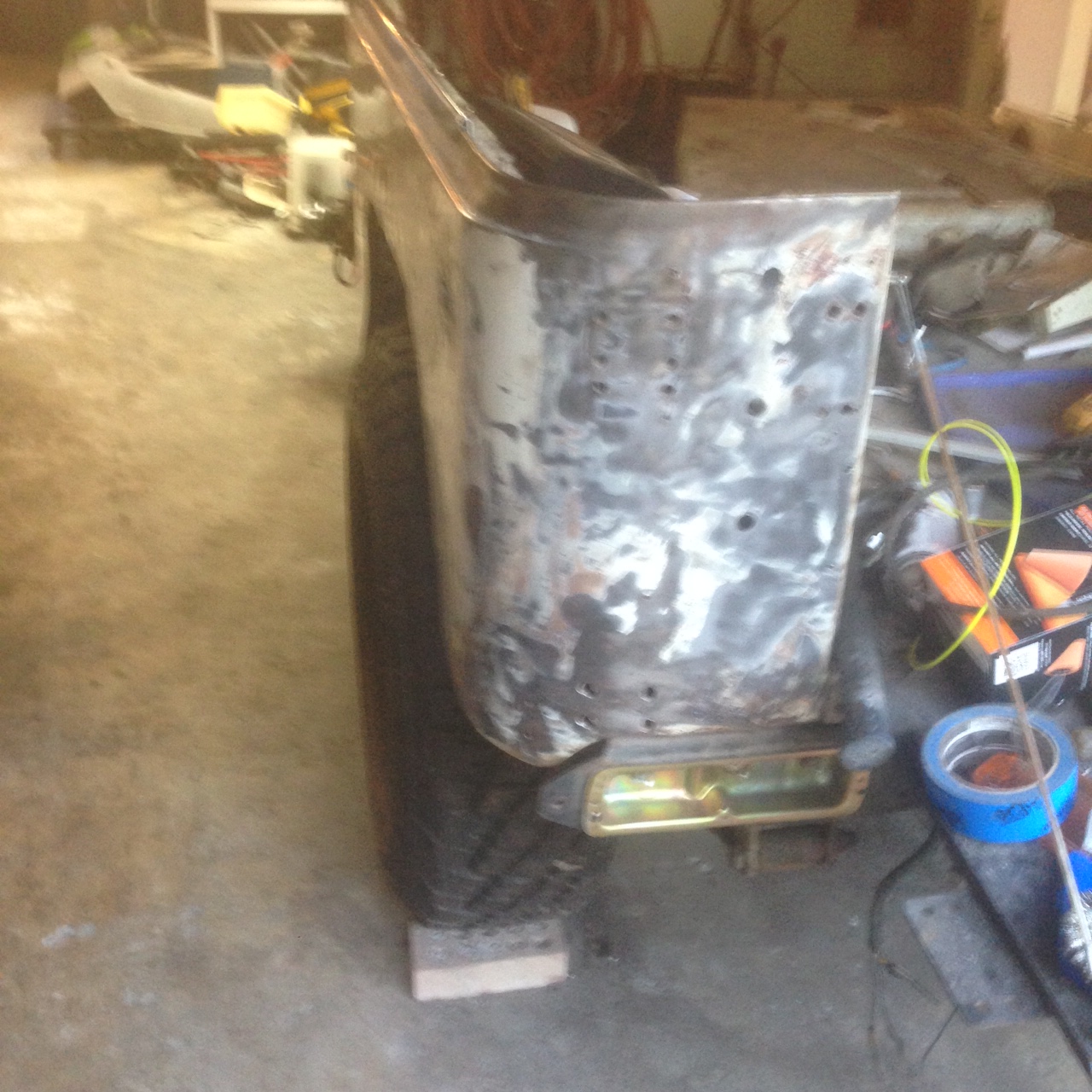 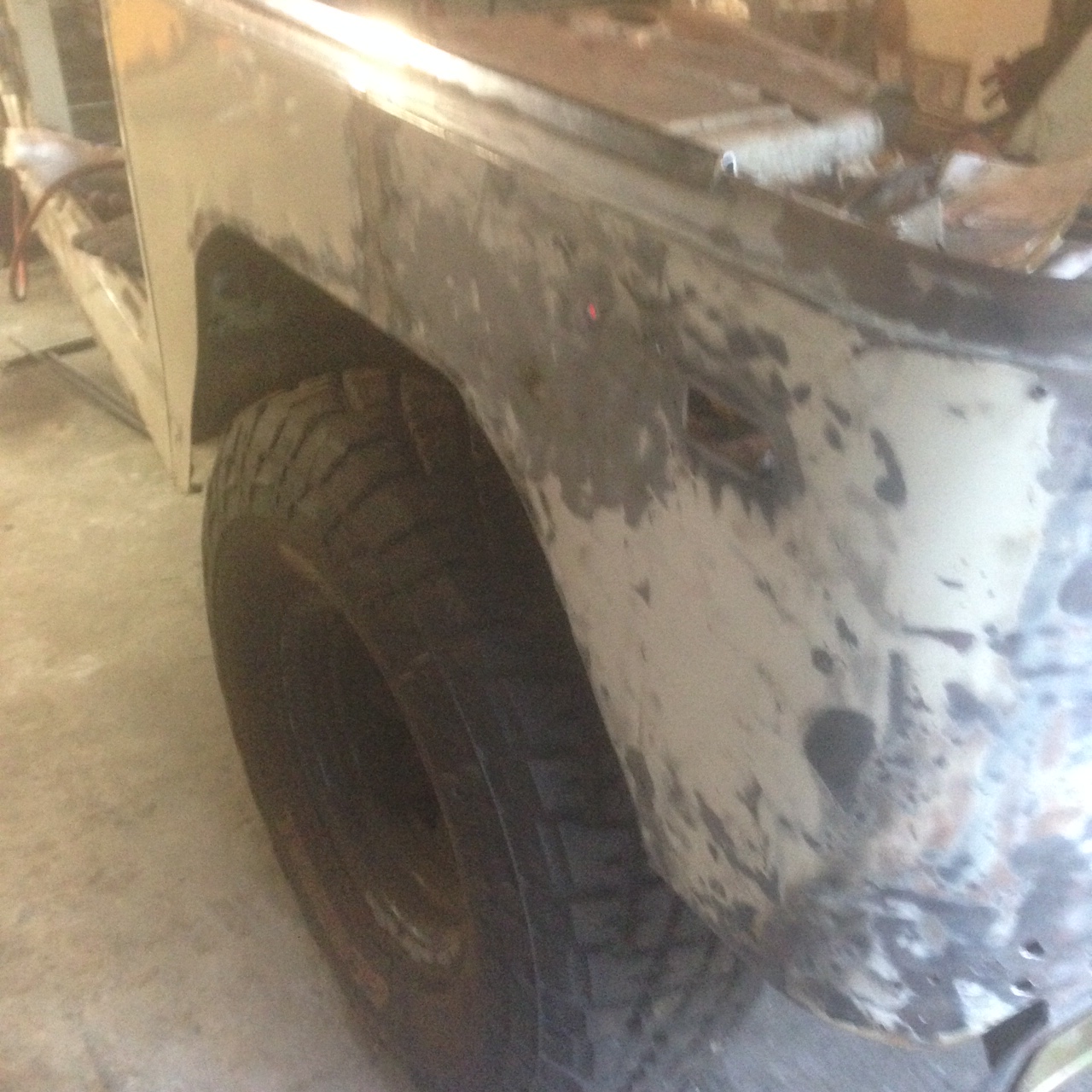 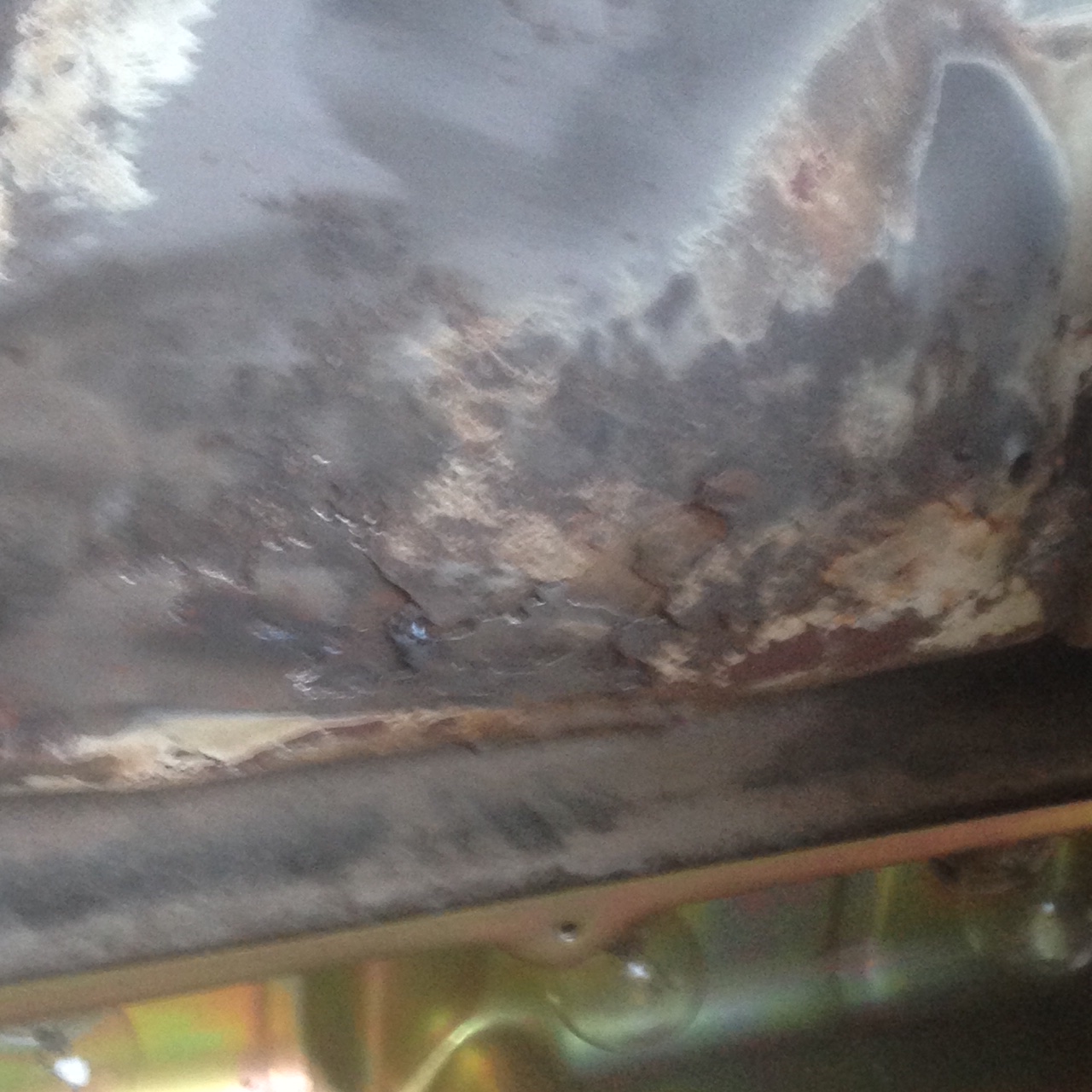 Trust me I know how you feel. Mine took 15+ years! But realy 5-6 years of working on it. Stay with it start a list and stick with it becouse it can spiral out of control QUICK!!!
Good Luck! And God Speed!!

Wow! Charlton with The Way-Back Machine! That was one my first runs in that truck. A great day!

Nick, that's great progress on the 40. There's part of your soul in that truck now.

I should have had the courage to pull off the diamond plate off long ago; the metal doesn't look too bad at all.

Be sure to tell Jim C he's seen that carb before.

That was a great day, hard to believe its been almost a decade.
You must log in or register to reply here.

Who is going when to CMCC?
2