Well, I would agree with all of you an ordinary f carburetor with a bit of rust, and....... it was just that. It was before this photograph was taken.

This photographed after Mark A from Marks Off Road in Burbank Ca, put his paws on it. It has since been MARKINATED ! I have always read on mud, mark this mark that, and ive known Mark since about 1993. Hes worked on my previous rig and has worked on my current one but has never done any carb work. Mark is definetly one of the few cruiser gurus in so cal.

This week I had the pleasure of hanging out at the "Moss pit" and decided my carb needed some tinkering with along with the port for vac adv.

So today Mark, like a young marine showing off his disassembly and assembly of the ar15 blindfolded and singing off the nomenclature, he quickly rebuilt my carb as he told wheeling stories.

I drove home from the moss pit and quickly bolted it up. After getting fuel to carb, I fired it up . FAWK, (I really did say that amond other things and thoughts) day and night. The idel with little adjustment was music to my ears.

After knowing Mark all these years his expertise was evident beyond any doubt based on my carbs performance, and this was just at idle.

I let my 40 warm up and had to take her for a spin, had to! Put her in reverse and took off . WOW !!!!!! Amazing on what a difference in power and throttle response, talk about the carb being the most important proponent in a 40, wow it felt like my engine had been rebuilt blueprinted and balanced. I was so excited to take her for a spin that I completely forgot to torque down the lugs on the front tire which were loosened up a few days prior for brake adjustment. I heard a noise coming from front wheel and quickly turned around,

Well, I guess ive summed it all up ! Mark of Marks Off Road can re-build a mean carb, some say rebuild yourself and save the money but if any of you guys have done this and been succesful koodles to you but I for one could not have done what Mark did, I watched him and got confused far too many parts for my fat fingers to hold onto.

This freshly rebuilt and ported carb has made my day hell it made me a hell of alot happier person in general.

If i get my brakes dialed in, and dmv taken care of I may join Rob (landcrusher909) and Mark up in Bakersfield this weekend.

Thanks Mark, the ring beer thing isnt working. Much love 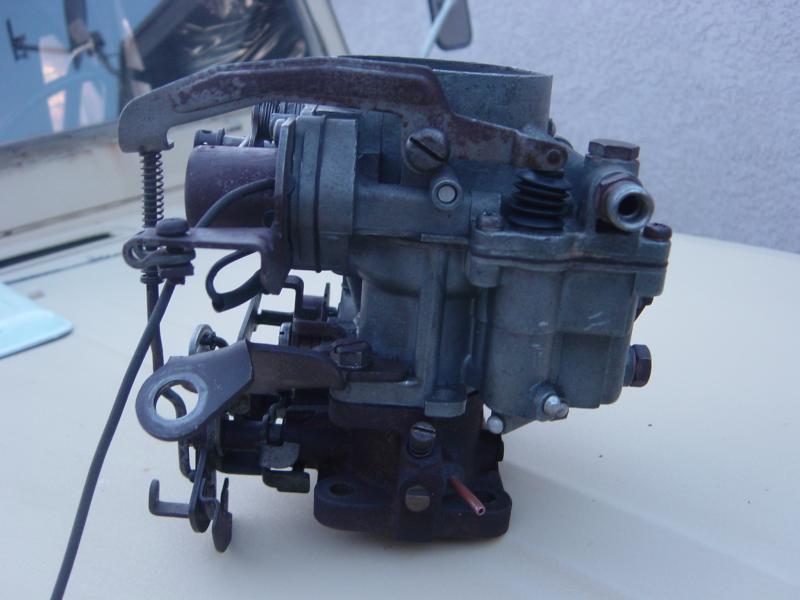 glad to hear it worked out for you

Dude...jealous. I still just get to watch mine sit there ans stare at me!

What Kind of LSD is This?

Carb Cooling Fan, Which vehicle and year is this for?