I'm starting to think of putting my tired f motor into retirement. As a replacement im leaning toward a 5.3 vortec maybe a 6.0, but I don't know what transmission options are available for the way it's set up. I wanted to continue to run a manual transmission and my stock t-case, I've checked out advanced adapters a bit but honestly I need some input.
1968 fj40 all stock few ranch mods from the previous owner

Best to get your 5.3 or 6.0 from a vehicle that was already stick shift (even if you can't use that particular GM tranny) because if your GM engine was originally equipped with an auto tranny, that engine will be looking for signals from the electronic tranny that will not be forth coming from your stick shift tranny choice. You could run a stock Toyota 4 or 5 speed, NV4500, or SM420 or 465. Send me your mailing address so that I can send you my (Downey's) freebie V8 instruction book. Also, you will need one of my transfer-case 40 pulse VSS kits. PM me if you need more info right away.
Downey's gone,
Jim isn't!!!

There is a thread in the "hardcore" section titled "chicago builds a 40" that covers a LOT of my trials and tribulations on this so far.
To this point, Ive got it installed and am working on the cockpit mods on the floor boards and trans hump and such. Havent started wiring of plumbing yet though.

K
Funds for TLCA RE DISTRIBUTED to BRC, KE7VAT
76 FJ40 "Matti" short for Matilda, "powerful Battler".
GET OFF YOUR ASS and DO SOMETHING! Join/ support and volunteer for clubs and organizations that actually fight to keep trails OPEN!
R

from some of what I've read the physical size of the automatic can give you an unfavorable pinion angle? is that accurate? what are you guys running in terms of a lift and tire size
1968 fj40 all stock few ranch mods from the previous owner

Initial inspection of where the pinions SHOULD be sitting, I WONT have an issue. Keeping my fingers crossed on this!
Ill be SOA, 35 in tires (initially) up to 37's later when I get the cash. I too am running a doubler (like lil John), but Im doing the NP203 to 19 spline split case. ITS FRIGGIN LOOONG. Im gonna be swapping in 60 series axles, 60 series springs (re drilled and flipped in the rear) to max out the length to get as much drive shaft length as possible.
I did the AA mounts, AA headers and moved the whole shebang to the PS as much as I could for clearing the sag steering gear.
I built my own x member, hard mount at the frame and energy suspension bushings under the 203. Ill also be adding a 2nd x member off the back of the 19 spline just for good measure.
I went with the Howell harness. Spendy, but I didnt NOT wanna be tracking down my OWN hack wiring job from a modded stock harness.
FWIW...MOST of the problems that Ive read about with this conversion have come from motors and ECU's what were ORIGINALLY set up to run autos and had tried to run manuals. Something with the programming (as lil john had eluded to) most cant seem to get quite right. Just something to think about. Im friggin EXCITED to get this motha running. I cant wait!

Here are a few pics of my install....
In the 2nd pic you can kind of get an idea as to HOW CLOSE the motor ended up next to the PS frame rail. In the 40, its a tight fit. 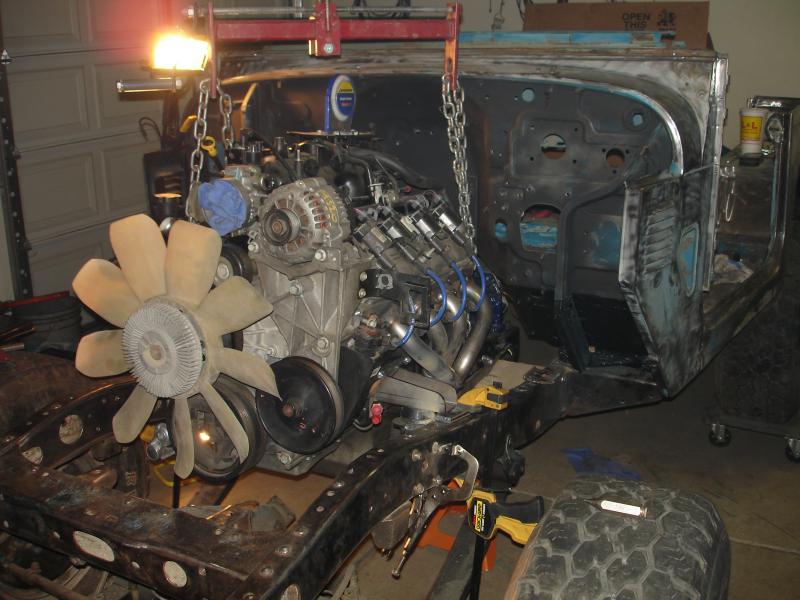 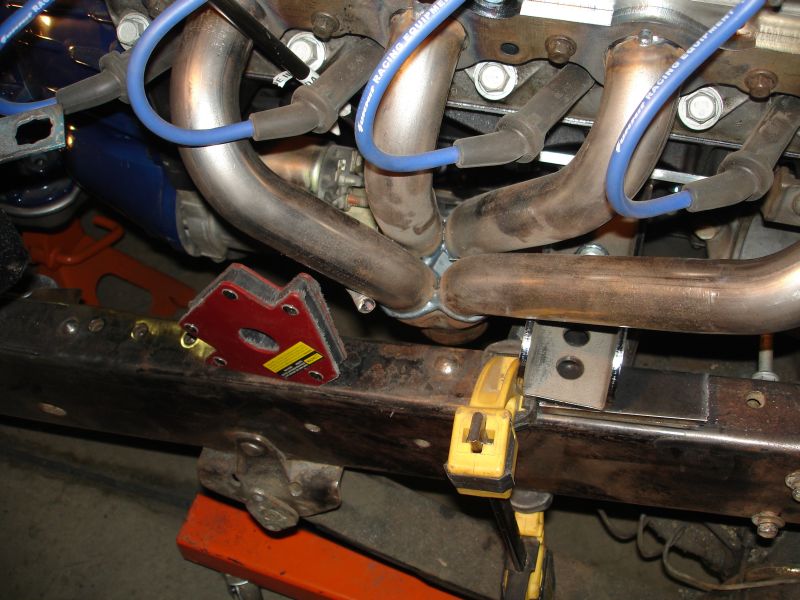 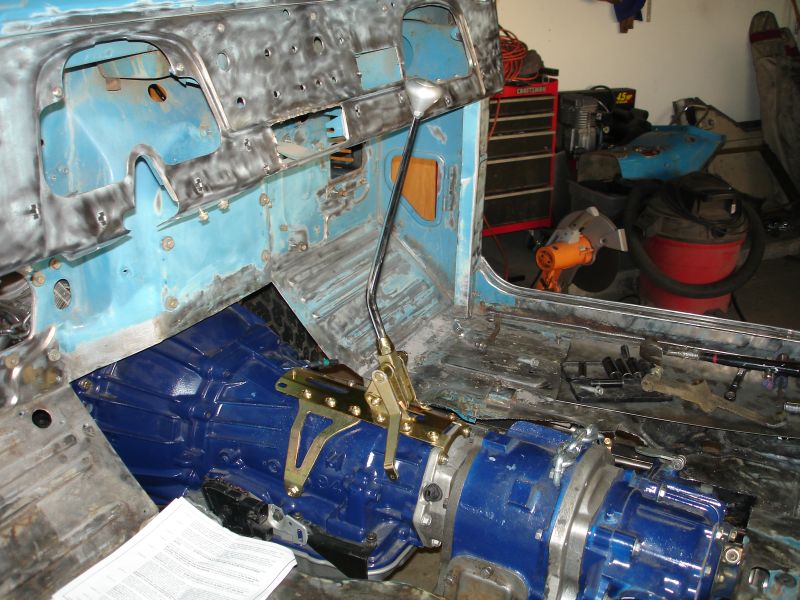 Funds for TLCA RE DISTRIBUTED to BRC, KE7VAT
76 FJ40 "Matti" short for Matilda, "powerful Battler".
GET OFF YOUR ASS and DO SOMETHING! Join/ support and volunteer for clubs and organizations that actually fight to keep trails OPEN!
You must log in or register to reply here.