Anyone tried to fit the factory 16'' steelies from a tundra? I know there 16x7, 6 on 5.5, but will they fit w/o spacers? I've searched this to death, but can't find any info about it.
Trevor

I haven't tried it but from what I can guess, they should fit fine. I'm looking at getting some as a cheap alternative to the 16x6 steelies.
Cesar
H

Anybody else have any experience with them?
Trevor

Yea i do. I just put a set of tundra/tacoma steel wheels on. At first
i thought they would be ok but when i put one on it hit the tie rod
end ever so slightly, but just enough rub on the rim and the rubber
boot. I then got a set of 1/4" spacers and put them on and that fixed
it. But all i had heard up to that point was that 16's would work without
them but not so after first hand experience. So my advice would be to
put them on and see for yourself but dont be suprised if you will need
the spacers....good luck
Last edited: May 5, 2007
10/85 FJ-60 new legs coming

Maybe a bit of lift will help

Do you have any pics of them on?

for me the spacers really arent a issue. there still is
plenty of lug stud and it doesnt make the tire stick out
that much at all. I will post a pick tonite when i get home
of it with the new tires and mirrors on it...
10/85 FJ-60 new legs coming


All I see is what's quoted here.
No pics

red cruiser said:
All I see is what's quoted here.
No pics

My mistake, sorry. I'm not accustomed to looking at older posts for newer material. Thanks for the pics
Sold the 62 and bought 4th gen 4Runner

Wife just got in with the fj60 with taco wheels and I want to correct the size; they are 245/75/16s.......did not use spacers and have had no problems with clearance or rubbing although it is tight, we have had them on for about 5000 miles and got them with about 200 miles on them; 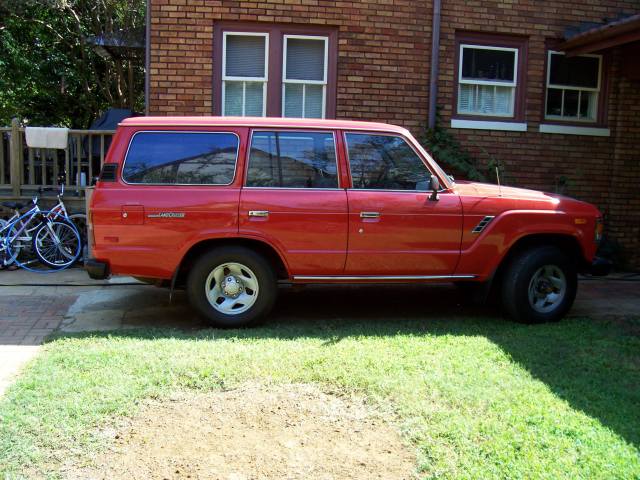 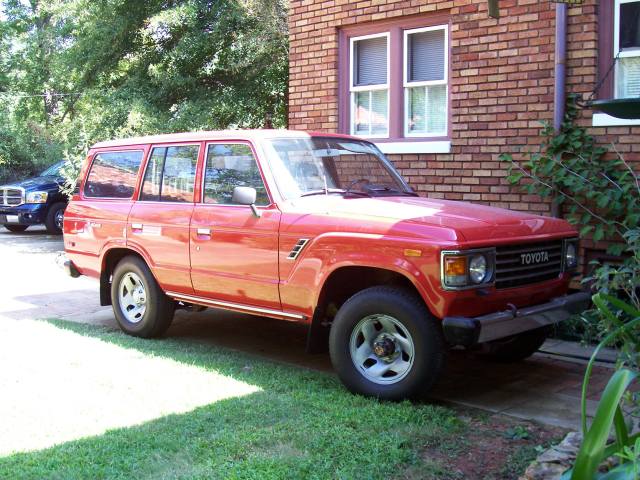 I've found a pair on craigslist from and 06 tundra, want to put some 235/85/16's on them and paint them black. We'll see how they turn out and I'll post some pics when there done.
Trevor

The only thing i can think of in my case as why they hit is that
my springs are almost horizontal otherwise theres no reason that
they wouldnt. I have 265/70/16 dunlops but dont think tire size
matters much.
10/85 FJ-60 new legs coming

Lou
The truck has 216,000 on it and i have no history on what the
PO did with it, by the looks of it no rust and all i think it was
just a mall cruiser for someone here in Portland. But all of
that will be fixed in a couple of weeks as i have new springs
new to me anyway coming and hope to get my stock arch
back.
10/85 FJ-60 new legs coming

the clearences are tight BUT there has been no rubbing at all with several thousand miles on it. there is another local fj 60 with 230,000+ miles on it with stock Toyota 16 inchers <canadian>and 265 or 275/16/85s on it without any rubbing and those tires are taller than ours...hope this helps

NOTICE!!; finally got the truck from the wife and did some light wheeling this weekend........the right tire did rub on the steering box .............not the wheel, only the tire; I will have to put spacers on the front; just wanted to share this with Y'all because we /she had only put in freeway time on it since she snagged it from me but with "light" wheeling the right tire will rub with this setup and probably both sides will if pushed hard; believe 1/2 inch spacers will be the solution; on the other local fj60 it has canadian fj60 16 inchers and NO rubbing!

Lou
You must log in or register to reply here.