Spent the weekend chasing rattles and squeaks. Since I've gotten my 40 back on the road I've developed a new noise. I thought I had an intermittently squeaking fan belt, but I think the noise is coming from my transfer case, or possibly the rear diff. It only squeaks when rolling (squeak squeak squeak) and its sync'd with wheel speed. When it's making the noise the truck doesn't care about RPMs or if I'm in neutral. I've raised it up, spun the wheels, and they were smooth and quiet (no load, however).

I haven't tried running the truck in gear while on some stands (to see if having the transmission drive the wheels will make a difference). I'll try that tomorrow, but after some Mud searching I saw a clue that it might be a bearing in the transfer case. Pretty sure it's not a squirrel. The truck has 134K miles and it's unlikely that it's seen a rebuild. I also get that annoying 2WD/4WD shifter vibration at certain RPMs. Oh, and it has the usual oil leaks around the seals and in between transmission and transfer case. The leaks aren't bad. Anyhow, I have a couple of questions:

2. If I try and tackle the rebuild, what else should I do at the same time? The tranny synchronizers are worn, too as it does some light grinding from time to time. It's manageable, but it's a thing and it's not fixing itself. It's a dumb thought but I'm not sure if I'll regret just doing the transfer case because the whole thing has to come apart to tackle the transmission at a later date. If it matters, I feel like I could tackle the transfer case work. I'm not sure knowledge is where it needs to be for the transmission work.

Location
Idaho does any other place matter

With a weekend, press and a freezer you can rebuild a transfer case. I’m sure the pros do it faster, but for the rest of us it takes time. Freeze the parts that need to shrink for assembly. I did the rest of the parts at room temperature. There are a couple write-up’s on mud that’ll take you through it step-by-step.

Ps I have an extra 3 speed gear set if yours are shot.

Thanks @archie73. Does the rebuild get at the seal between the tranny and transfer? Right now, I'm using a fluid return tube that connects both units.

It turns out speedometer cables can squeak. 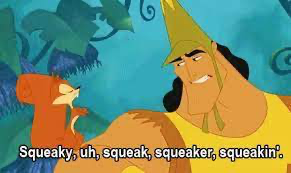 I added a little WD40 down the cable and a bit at the receptacle on the instrument cluster. I suspect the squeaking may have originated from the spinning doohicky where the cable connects to the back of the cluster. I'm joyfully postponing the rebuild, but that's got to happen at some point.

So the squeak is gone?

It is gone, but I need more time to know for certain. It was a pretty reliable noise though, so it's probably good.

Location
Idaho does any other place matter

fyton2v said:
Thanks @archie73. Does the rebuild get at the seal between the tranny and transfer? Right now, I'm using a fluid return tube that connects both units.
Click to expand...

Glad you found the source of the squeak. As far as the input seal goes, it doesn’t require a full rebuild. You will have to pull the Tcase to replace the seal that’s allowing the oil to migrate to the transmission. If the return tube is working, I’d probably wait til you’re ready for a rebuild.

Thanks for the advice, Archie.
You must log in or register to reply here.