Red Beard said:
The one in the back is like a cross between a cruiser, a 4runner, and a Isuzu trooper. I assume it’s a cruiser but what model number?

KDJ95 with the 5spd manual!

Ahh so thats the model Cruiser that was in No Time To Die. I remember the seeing that SUV in that movie and noticed it seemed like a cruiser but I couldn't place it. Cool truck.
Wow, today I learned.

The one in the photo has the 1KD. 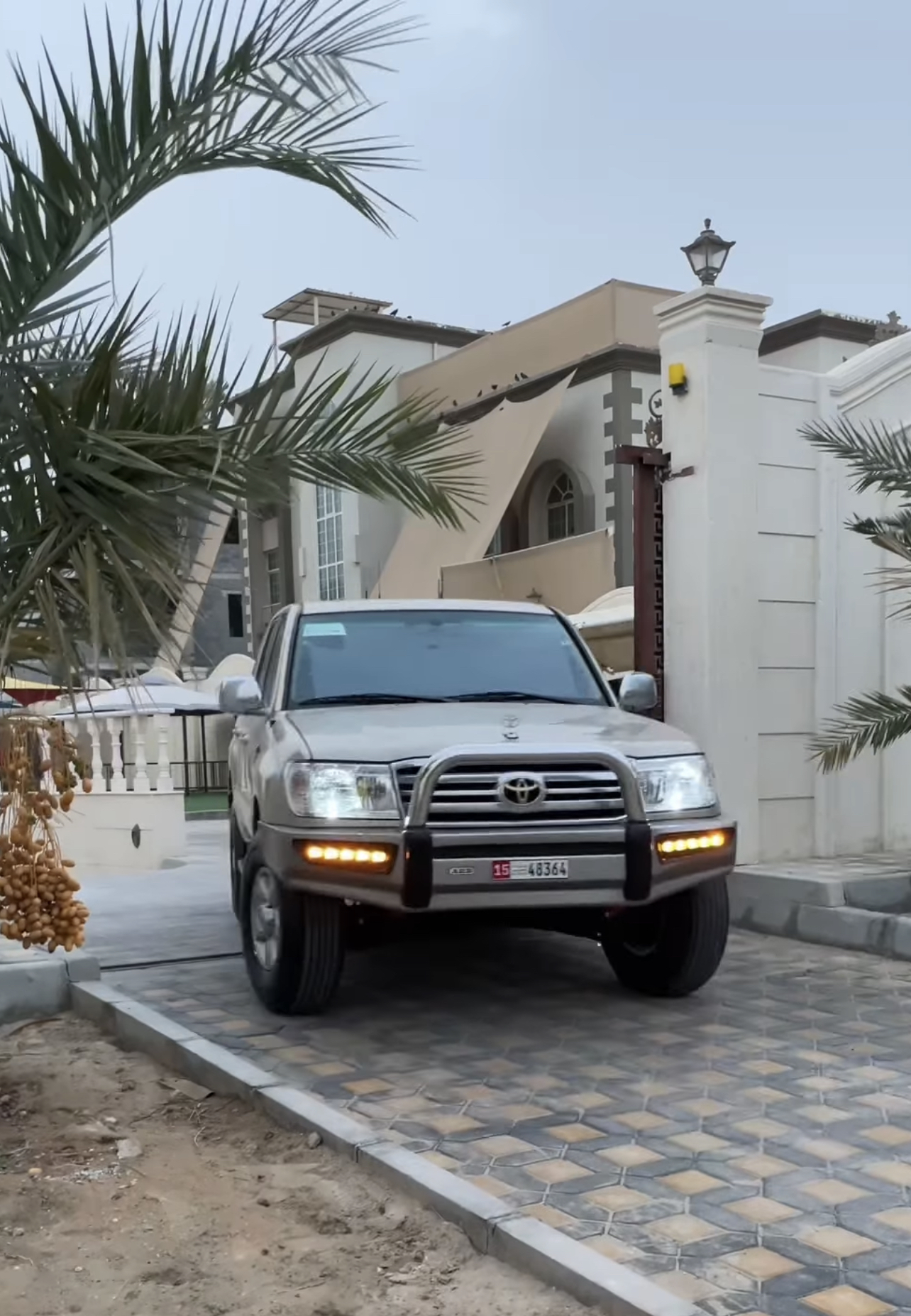 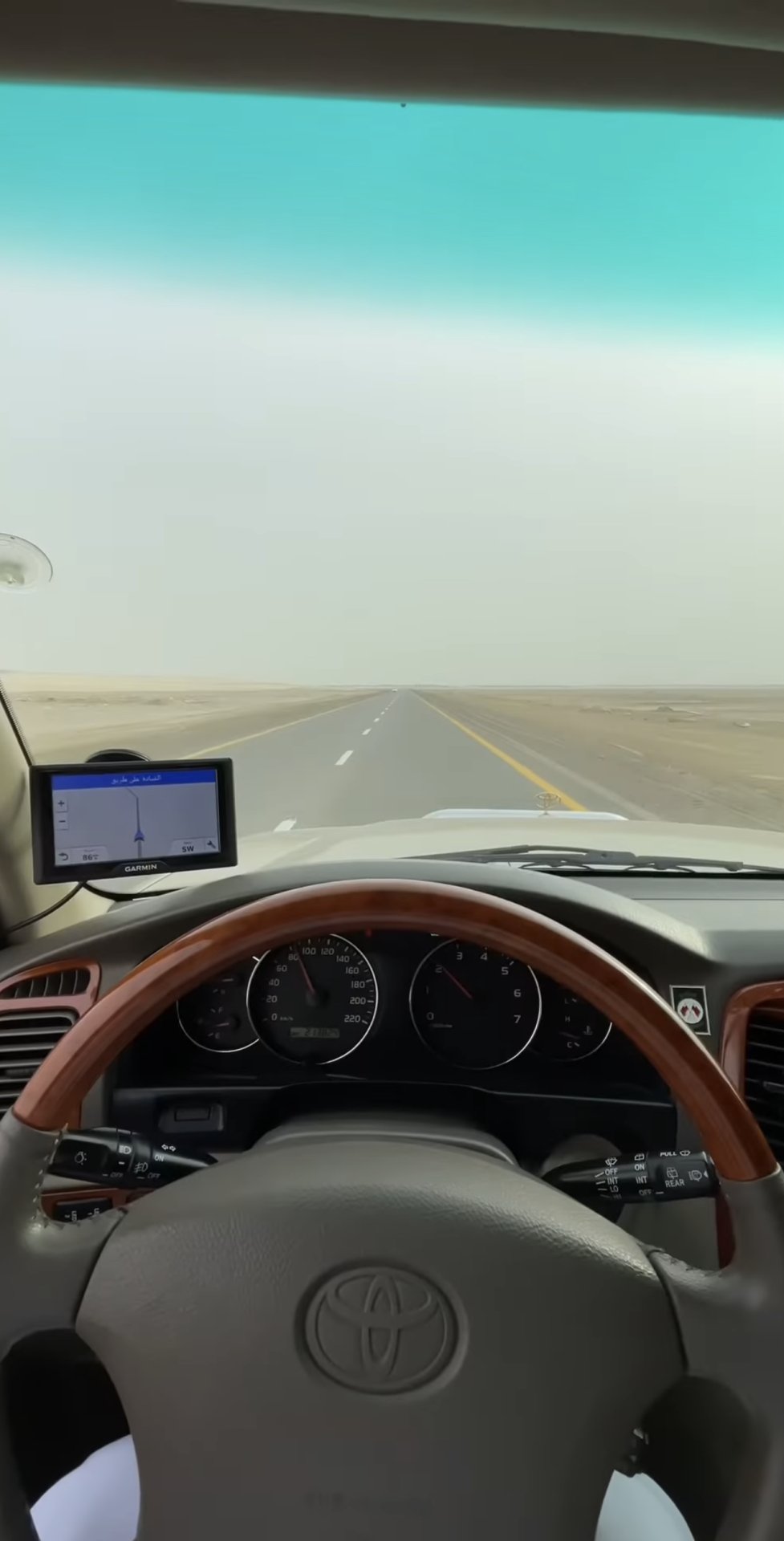 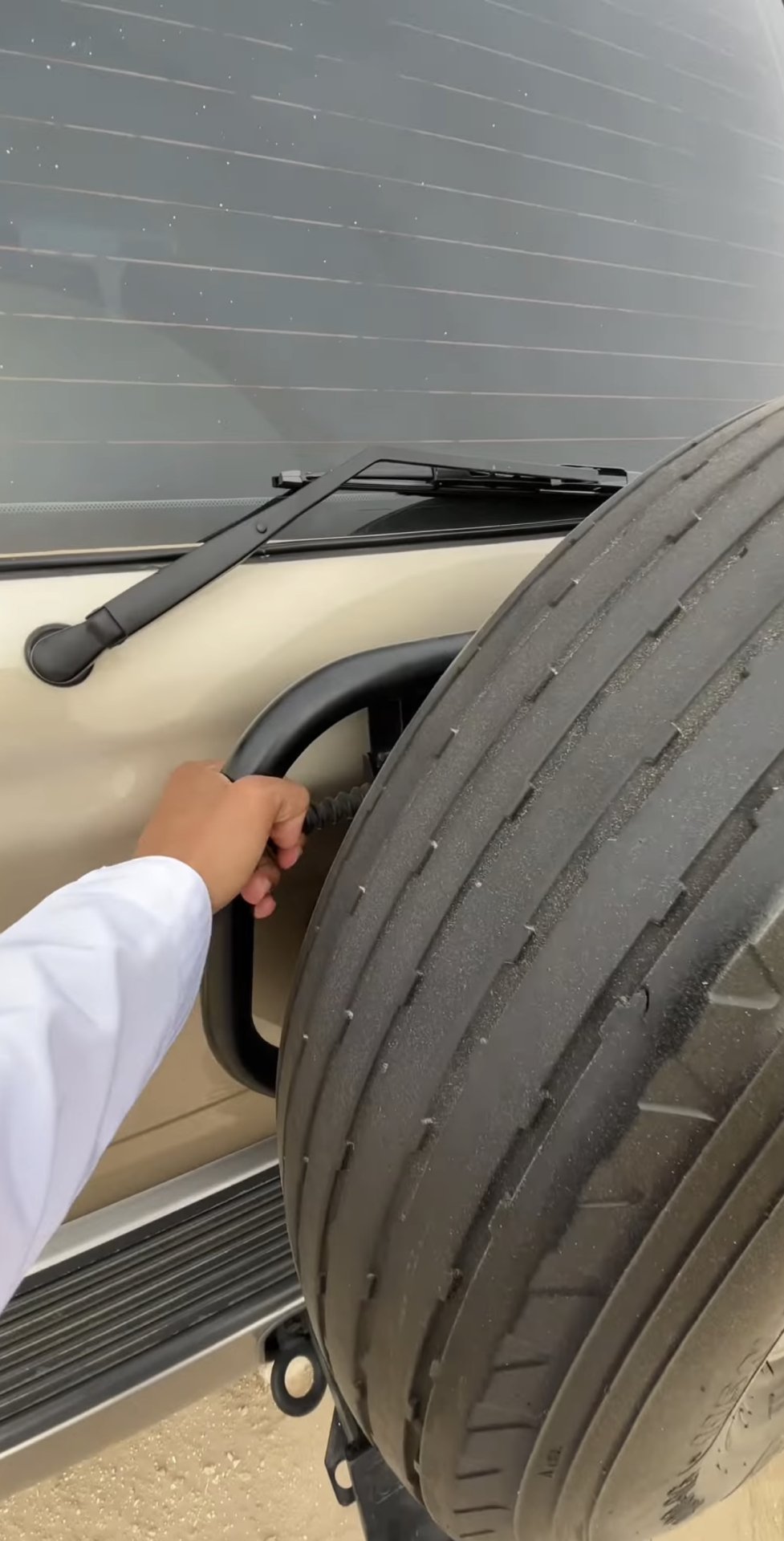 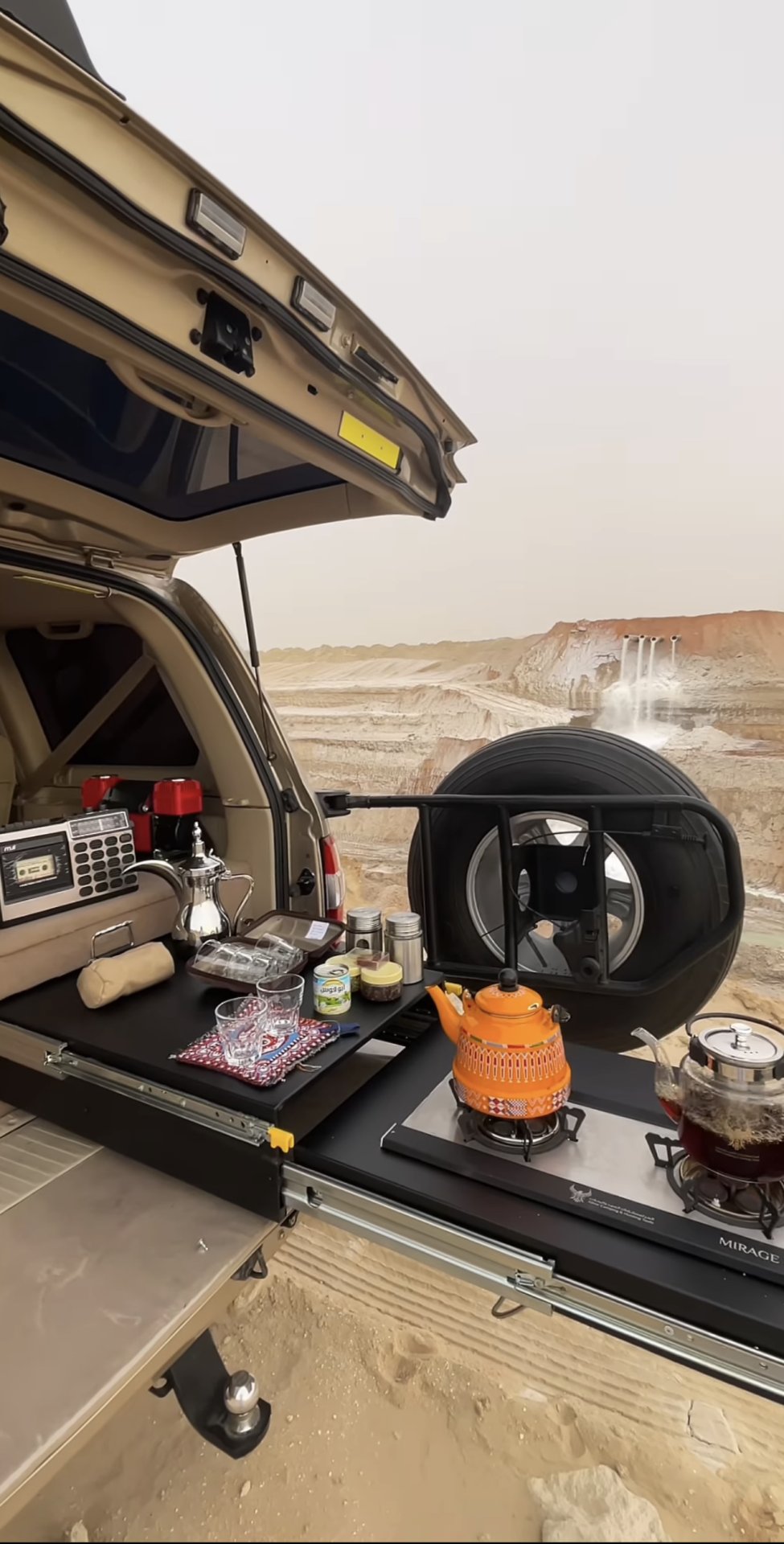 Too old to know anything.

Red Beard said:
The one in the back is like a cross between a cruiser, a 4runner, and a Isuzu trooper. I assume it’s a cruiser but what model number?

I like that cooktop. Do you happen to have a link?
2014 LX - "The Land Yacht" "The dirty diaper"
1998 LC - "Old Hundies"
"I have never developed indigestion from eating my words." - Winston Churchill
H

what are these big pipes spewing water in the coffee pic above? Desal?

Went out for an easy trail ride this morning with a few classic Cruisers. 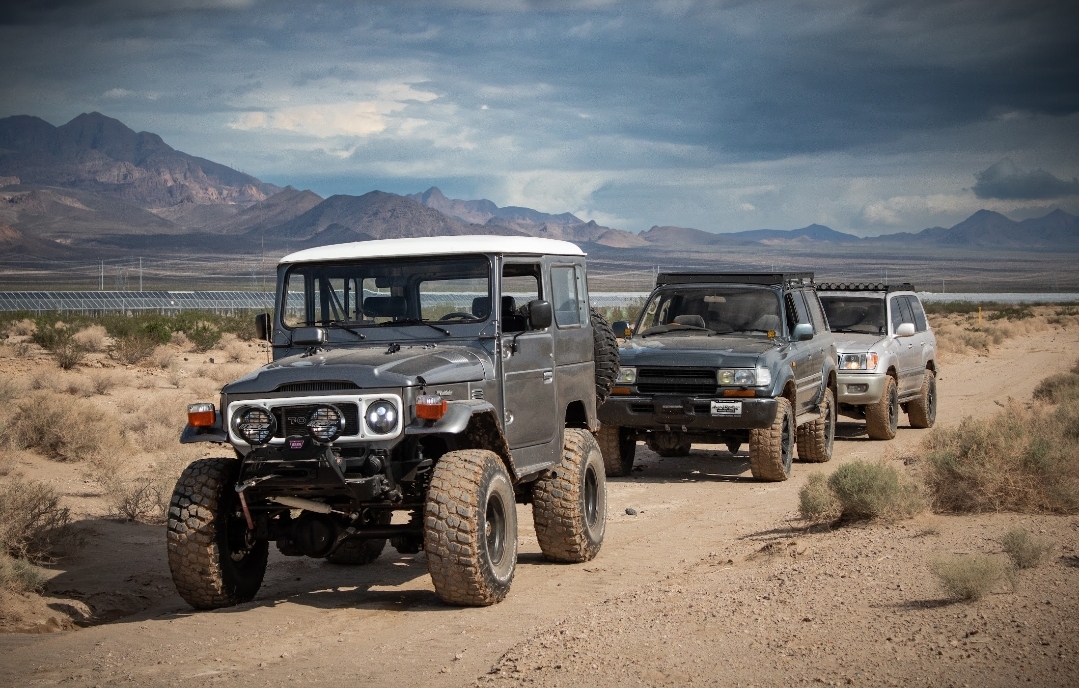 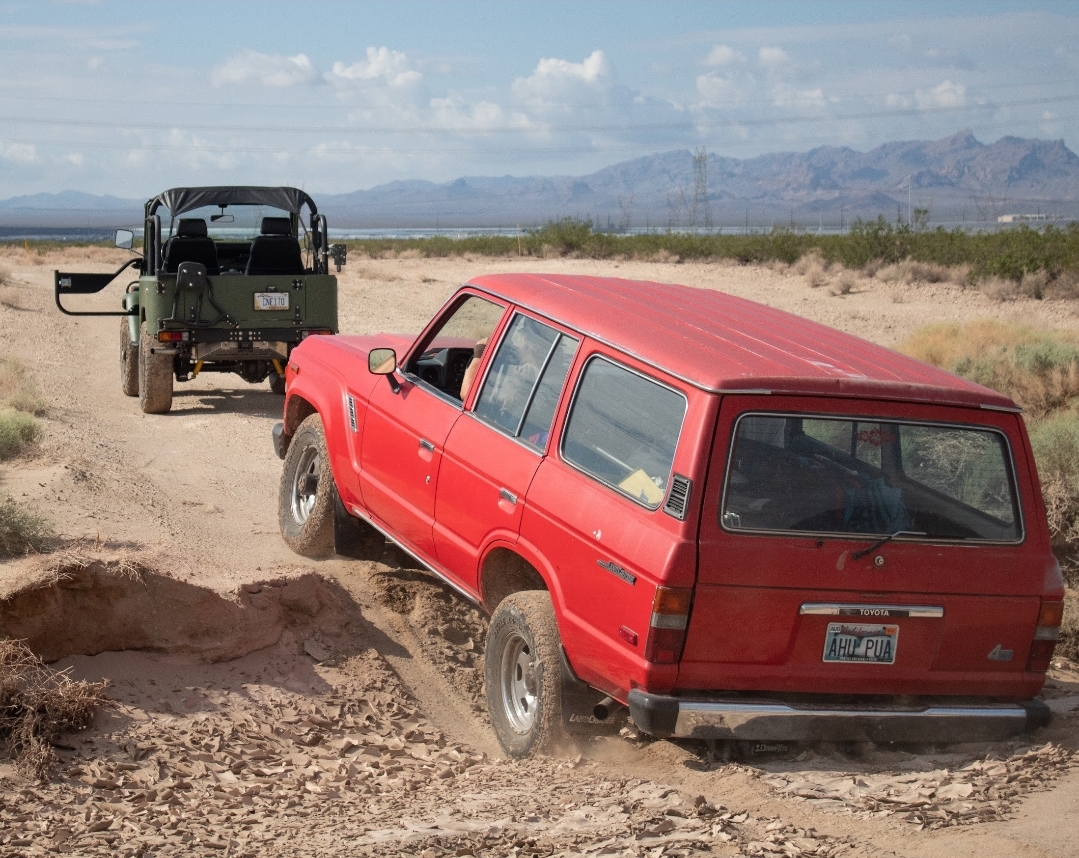 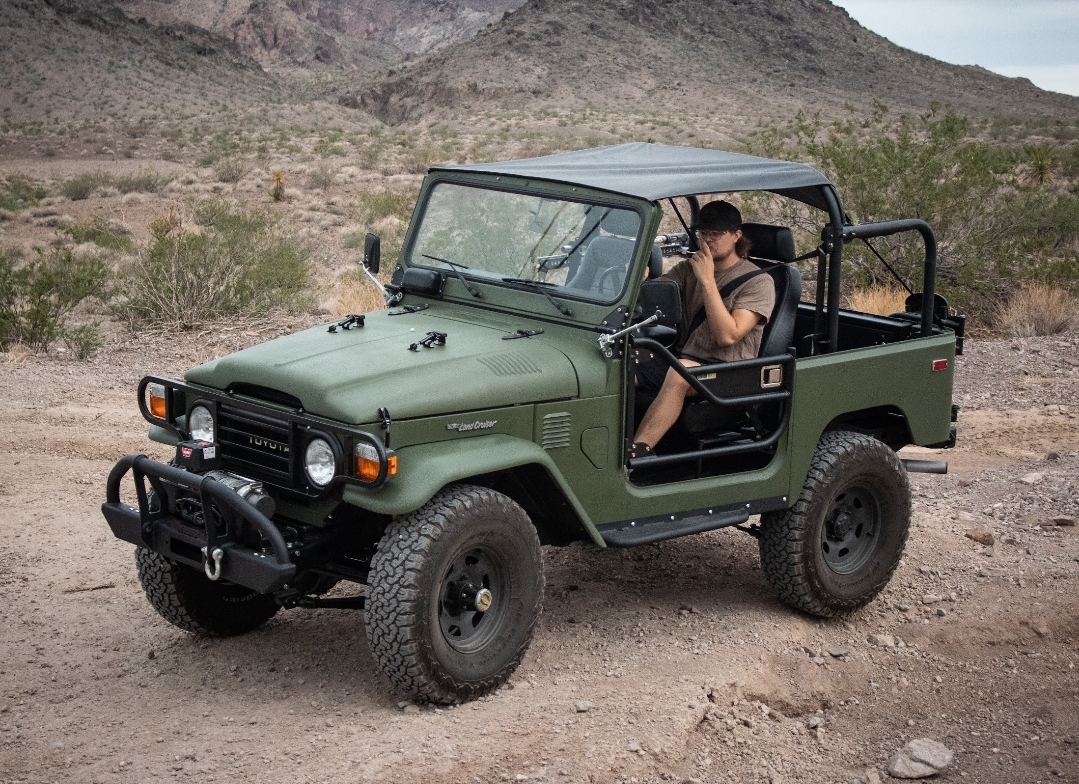 Hi from Australia. 2004 LC100 v8 5speed manual, purchased back in March after writing my Hilux off. Slowly getting rid of the grandpa spec. First pic is the day I picked her up, 2nd photo is from a couple of weekends ago - first time I took her offroad, scratched up the beautiful paintwork but had so much fun doing it. It’s so much more capable than my hilux was and I’d spent a fortune on the Hilux so it was more capable than stock. Next mod is bigger tyres & wheels. Can’t wait to get rid of the factory alloy bar however all the bars I like ie Victory 4x4, Slee etc I can’t get here in Australia sadly. I want something different to the norm and more slimline than ARB etc
Mods so far:
*OME lift (kept OE torsion bars & UCA’s for now) 30mm Superpro spacers on rear coils - did this so my Conqueror camper makes the car level once hooked up
*Safari Armax Snorkel
*Rhino Rack Pioneer platform & backbone with Rhino Rack recovery track mounts
*Cheap eBay lightbar with Stedi Rhino Rack Platform brackets - soon to be changed to Supernova single row lightbar so the light will sit flush underneath the rack
*Darche 180 degree awning (took off Hilux)
*rear muffler delete so it’s got a bit of noise. Will do complete exhaust & headers down the track but more important things on the list for now
*Tinted weathershields & bonnet protector
*window tint
*Already had a Brown Davis long range aux tank - need to organise rear tyre carrier at some stage 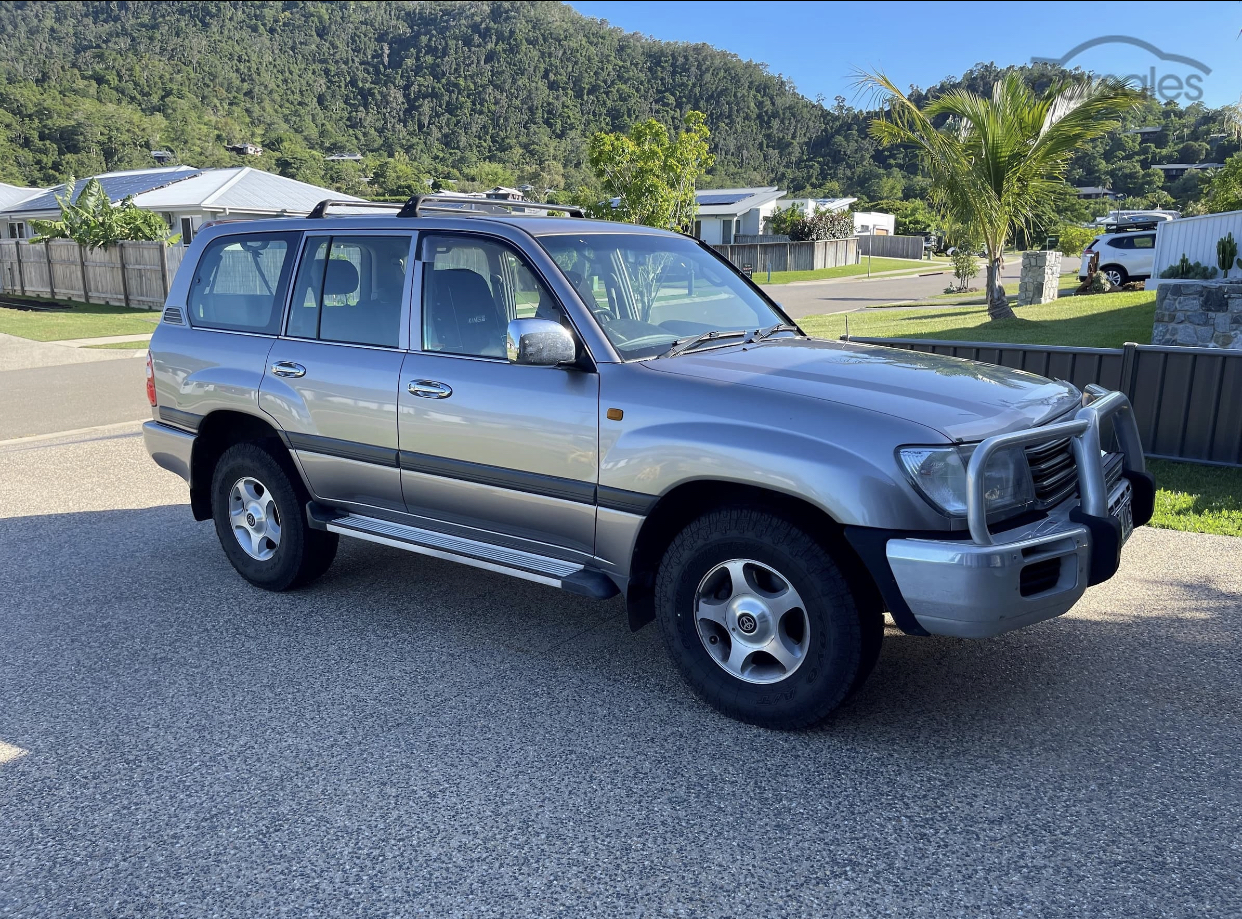 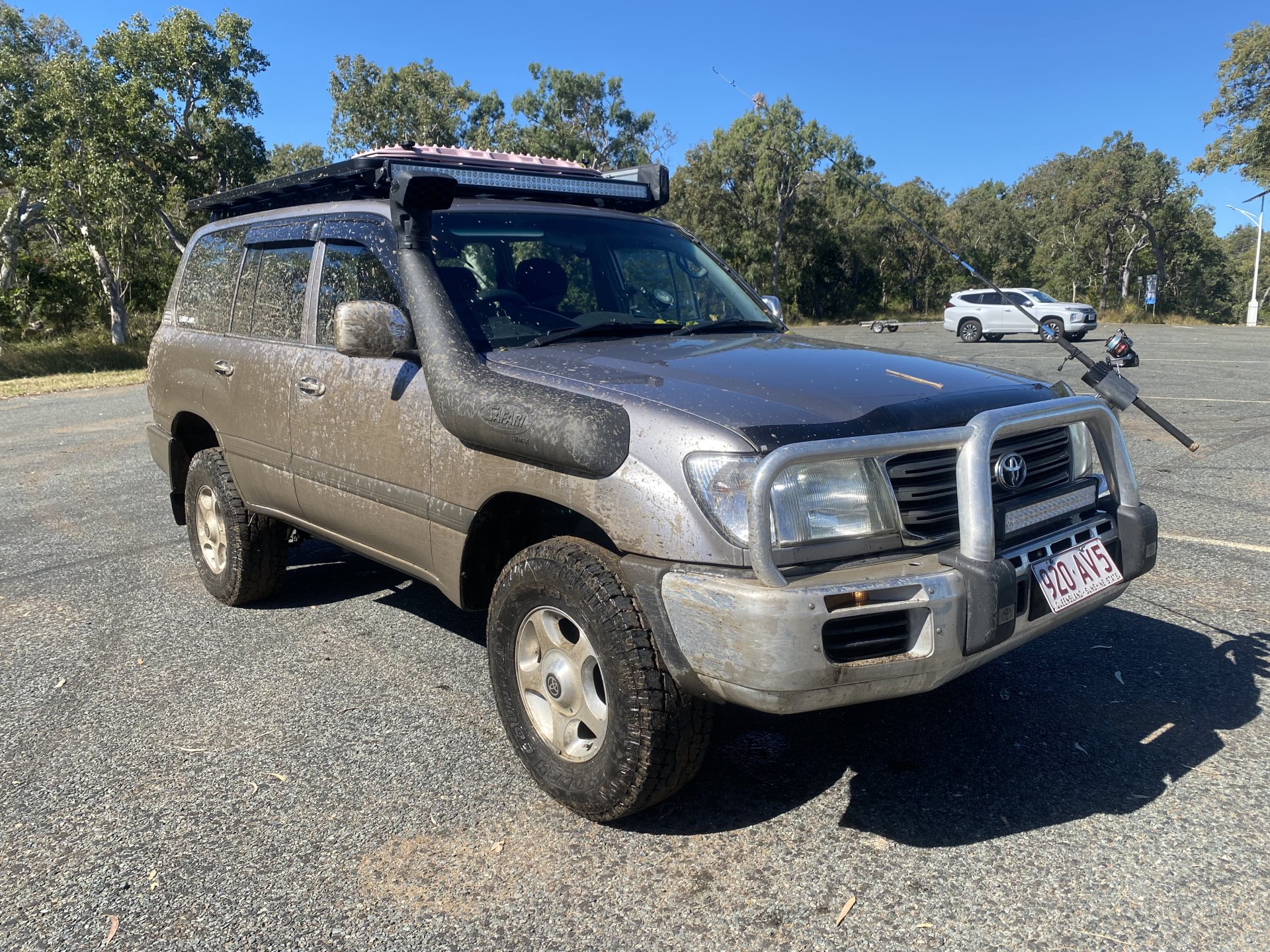 Left Thursday to do section 4 of WABDR (Washington Backcountry Discovery Route (WABDR) Map & Information - https://ridebdr.com/wabdr/). The terrain was not difficult at all. However, the lower parts where there was active logging had lots of dust and a few times (as I was in the rear) I literally couldn't see anything. Overall, a good time to get out. 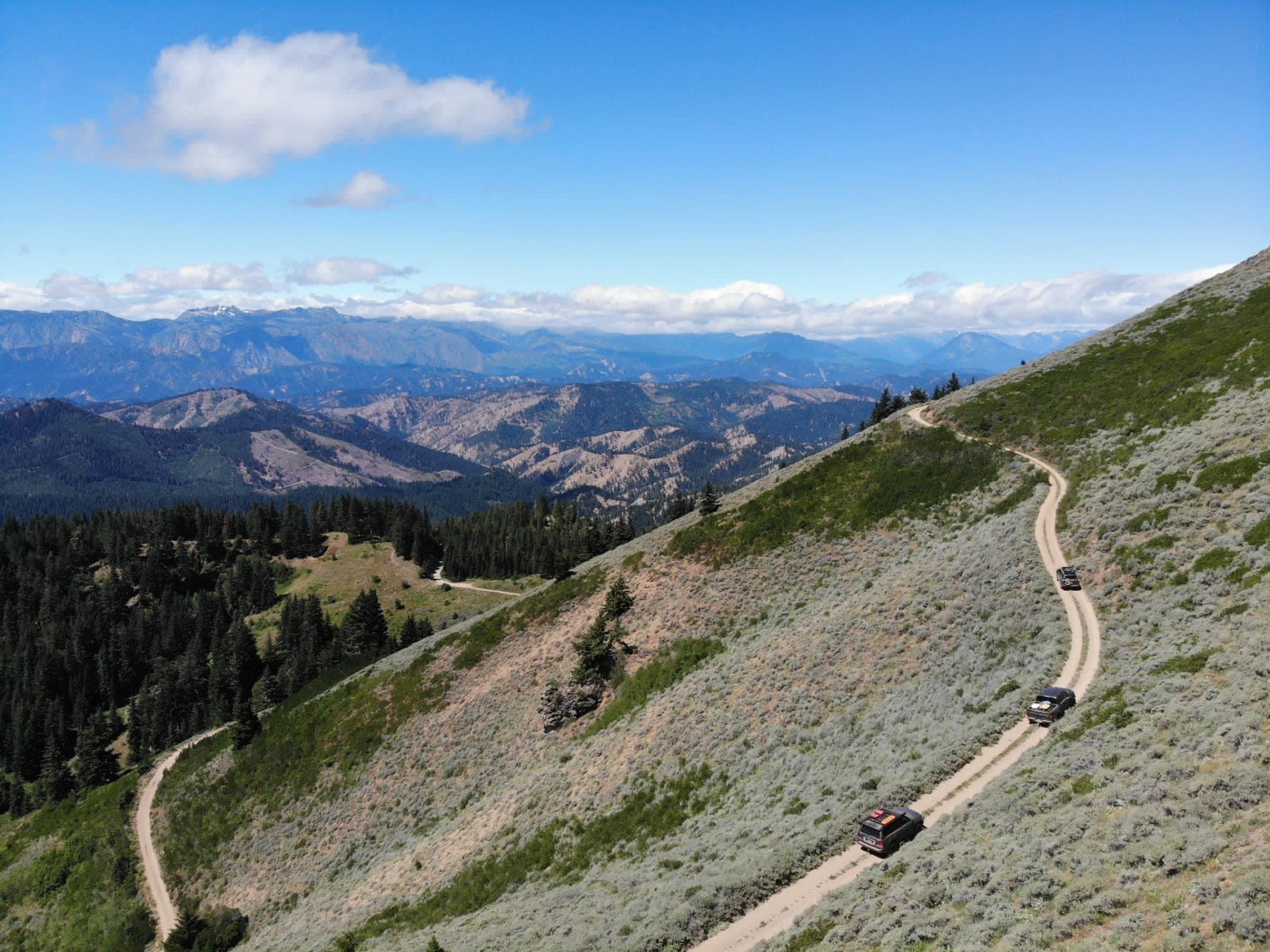 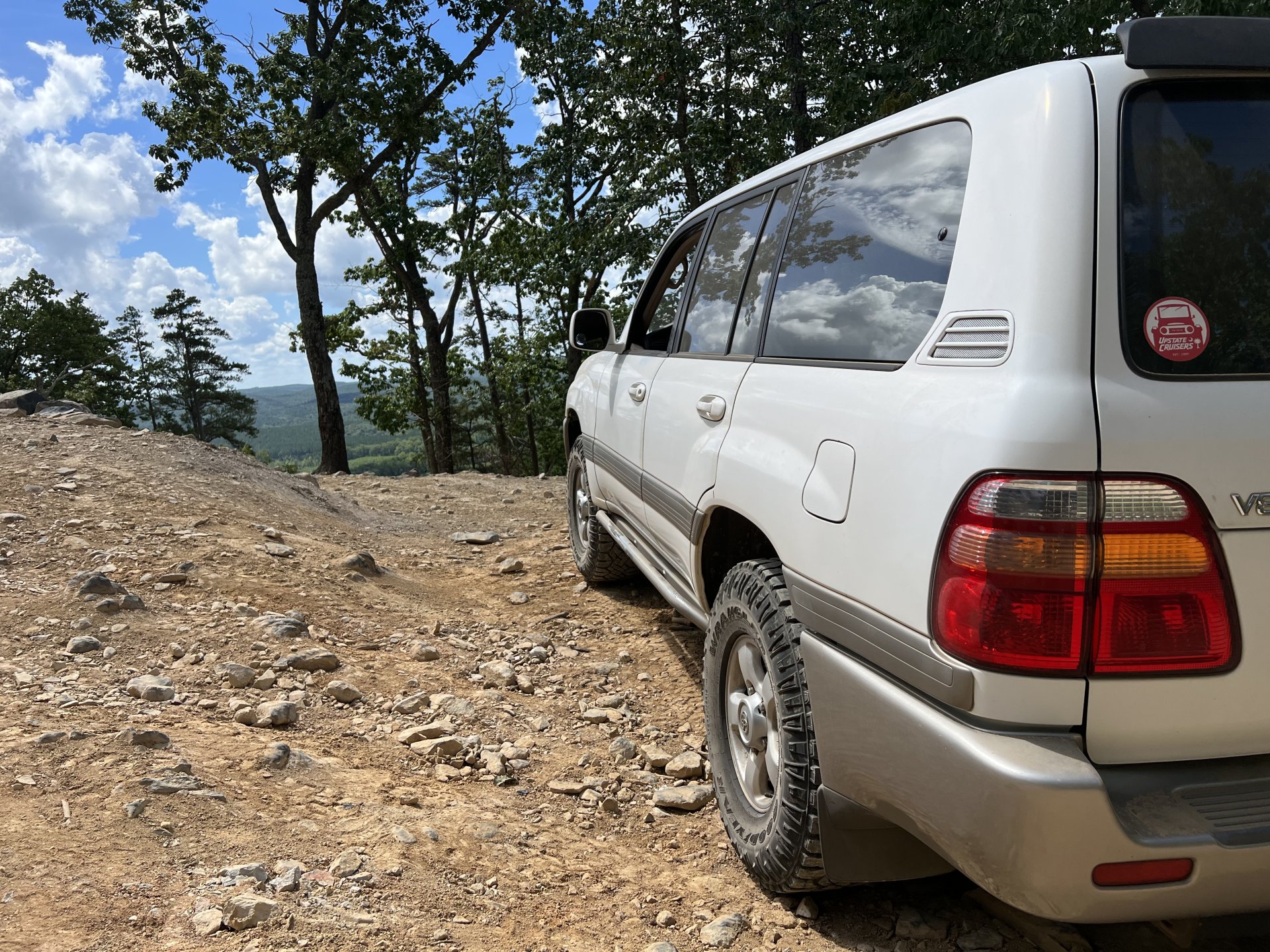 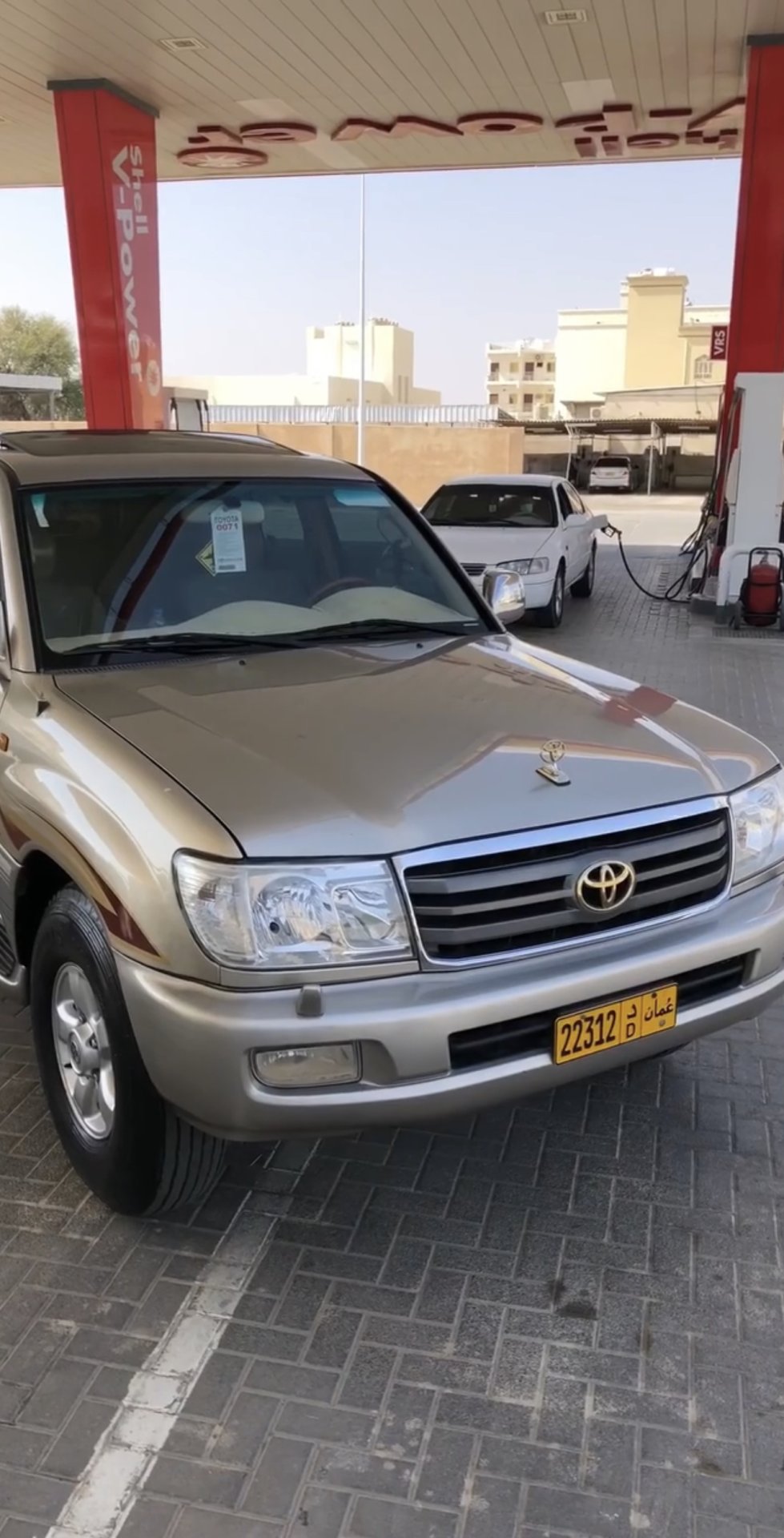 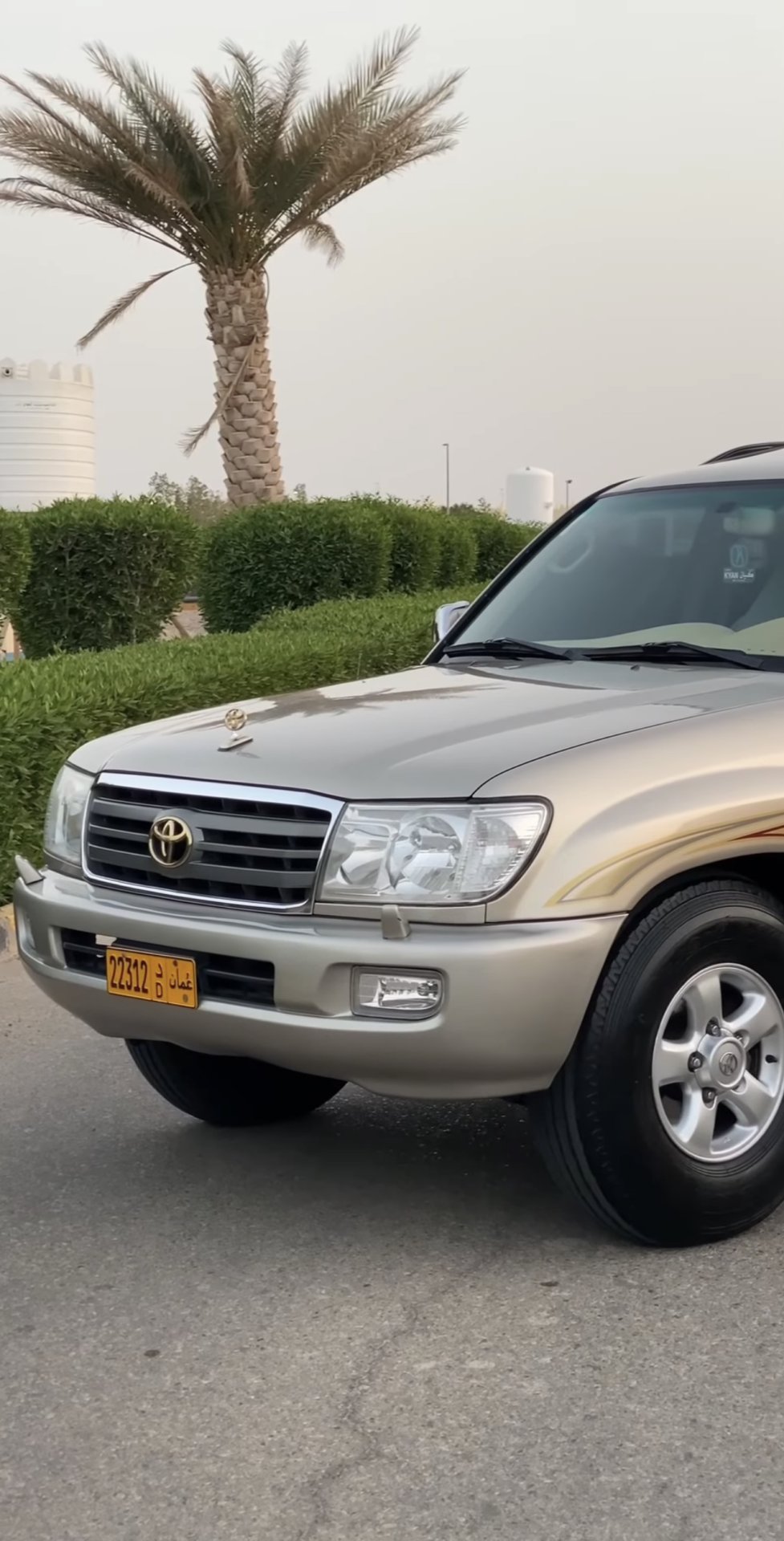 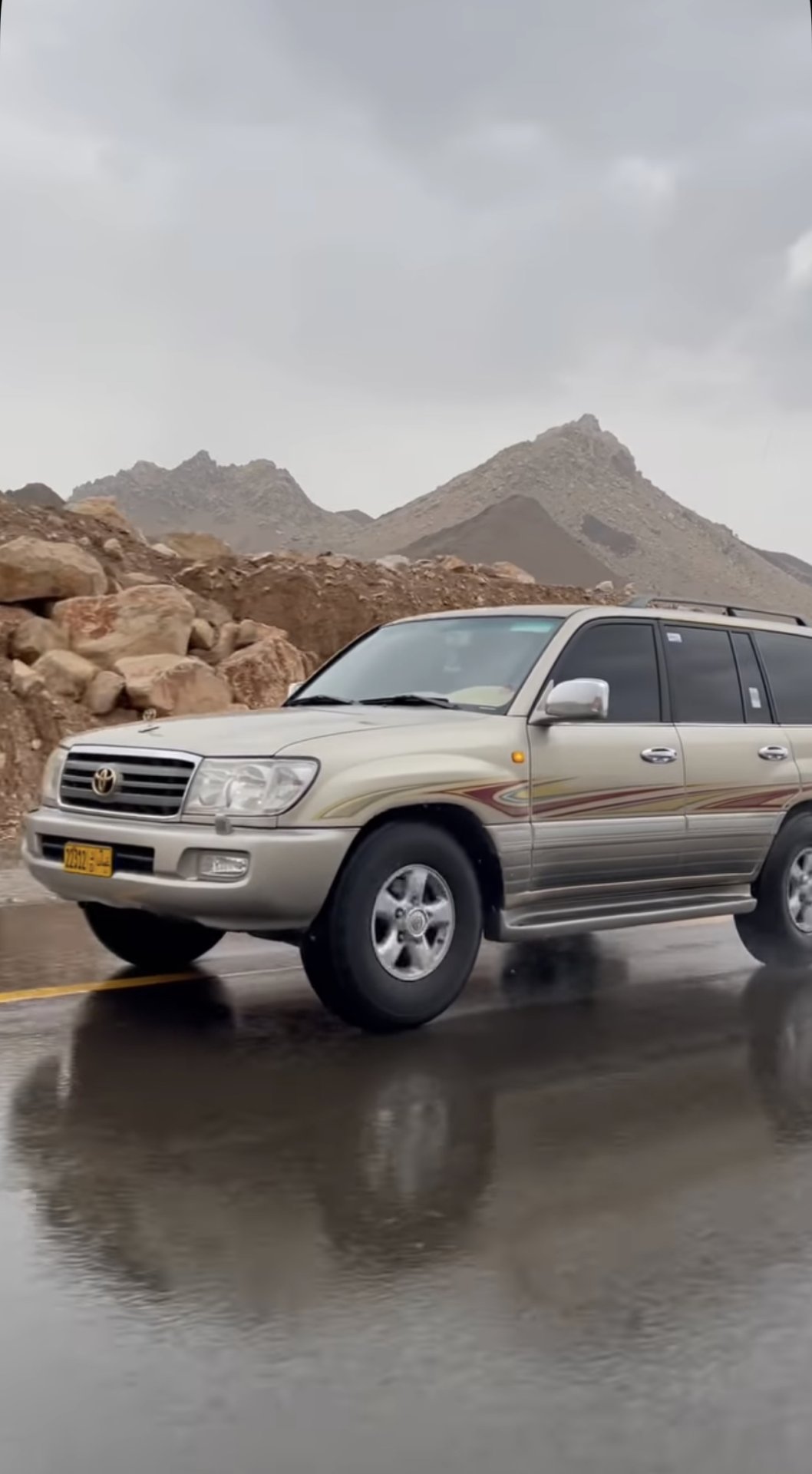 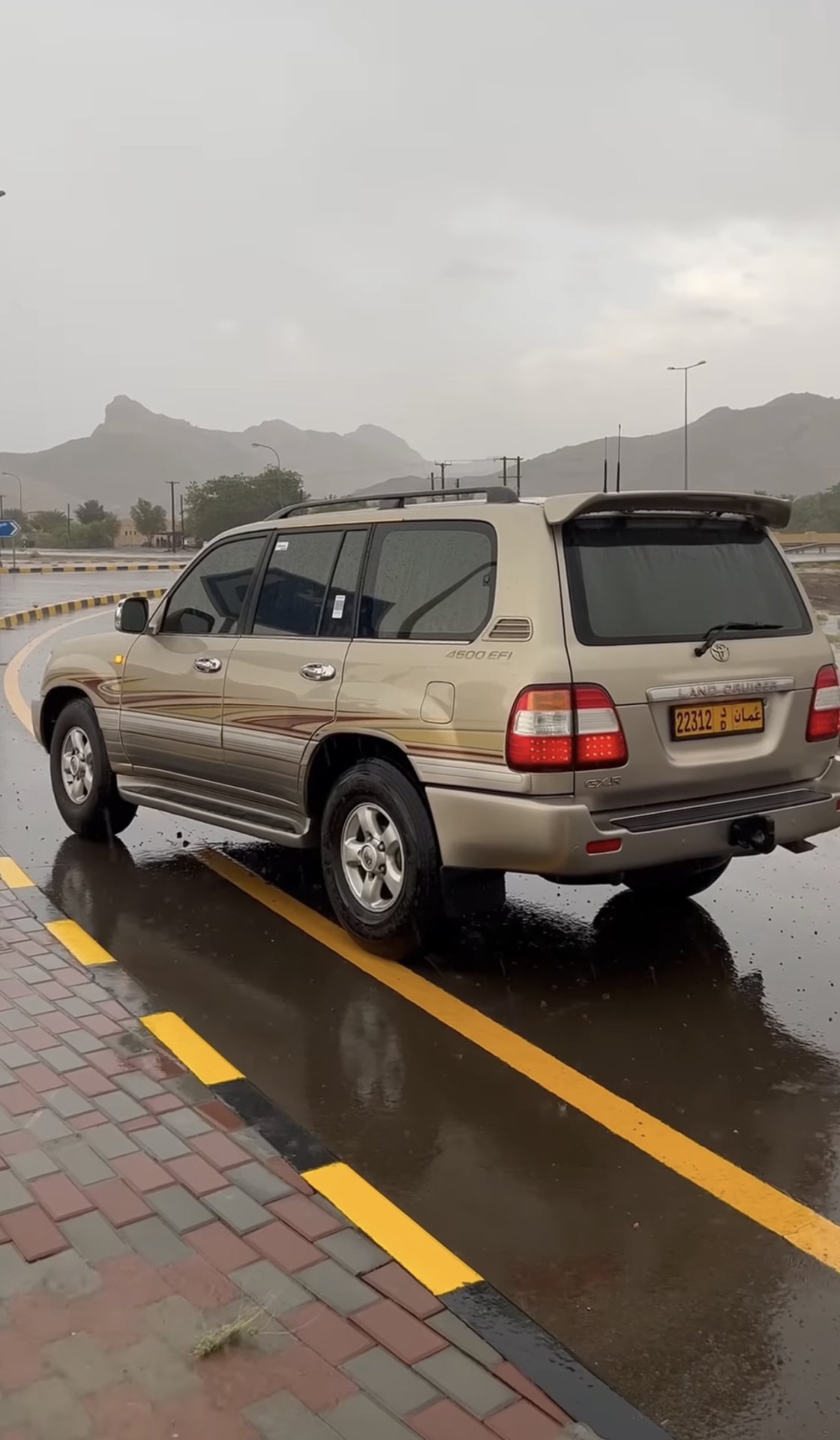 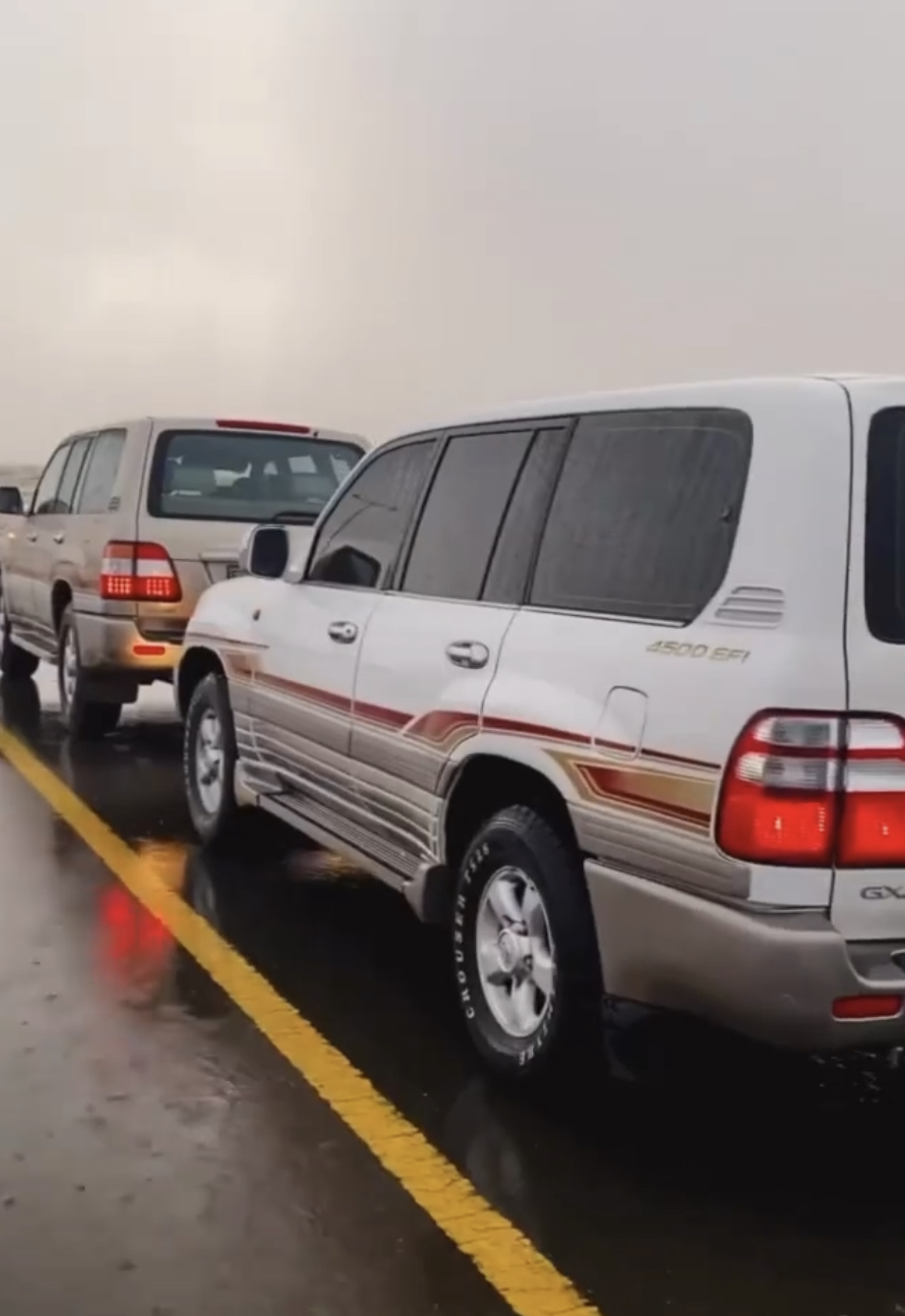 About six weeks after dropping her off in Newark we picked up the 100 in Amsterdam on Friday. Promptly spent 150 Euros (max single purchase at the Shell) to get her to 3/4 full. Fortunately the Netherlands is flat and has low speed limits (and we had a wicked tailwind) so I got 18mpg for the first part of the drive. Still put another 100 Euros in later in the day. Ouch.

Drove from Amsterdam to Rouen, crashed at an Airbnb for one night, then drove to Quiberville in Normandy and are now camping at the beach!

Will eventually do some off-roading, once we get down into southern France and Spain…

One of these days I’ll figure out how to have photos display upright on here! 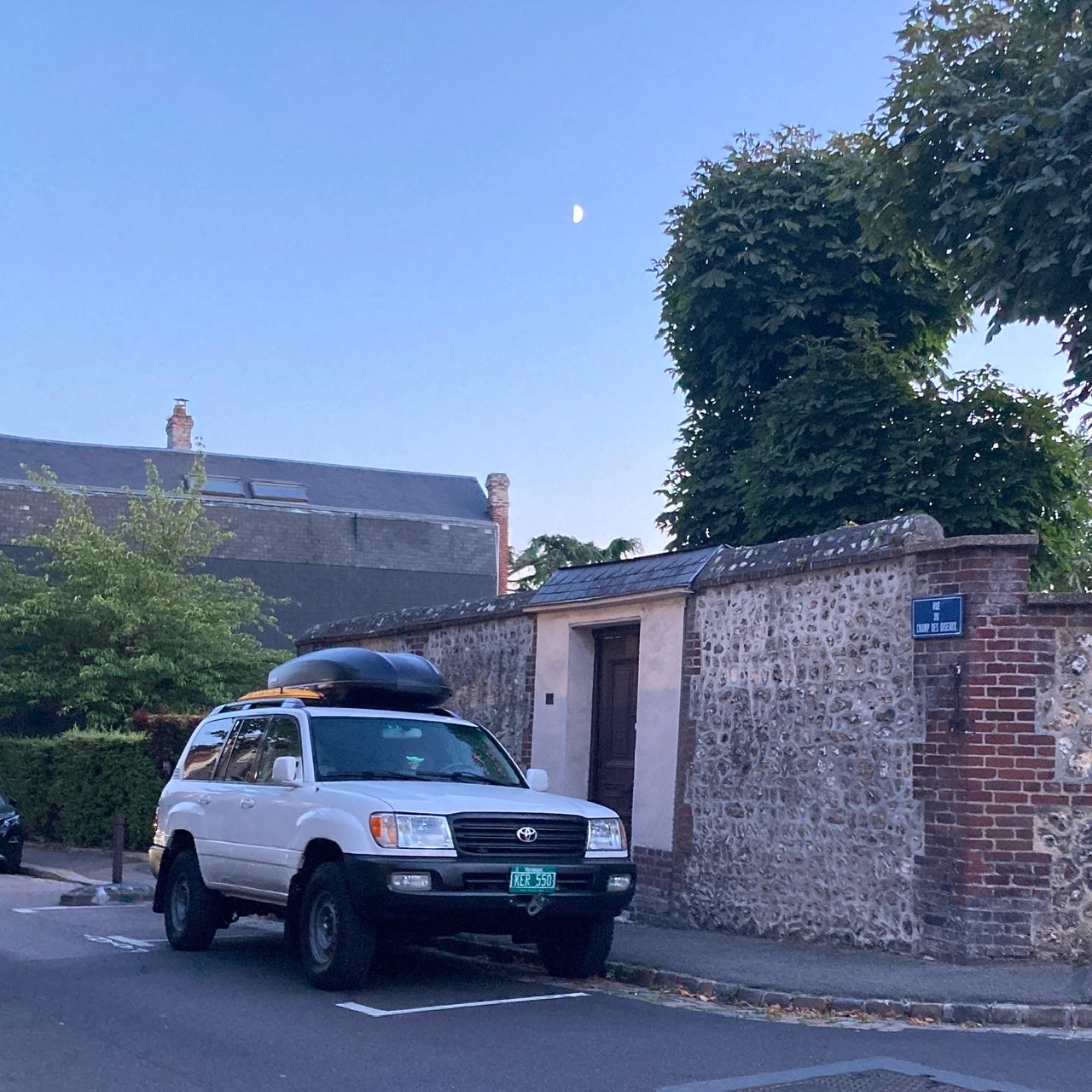 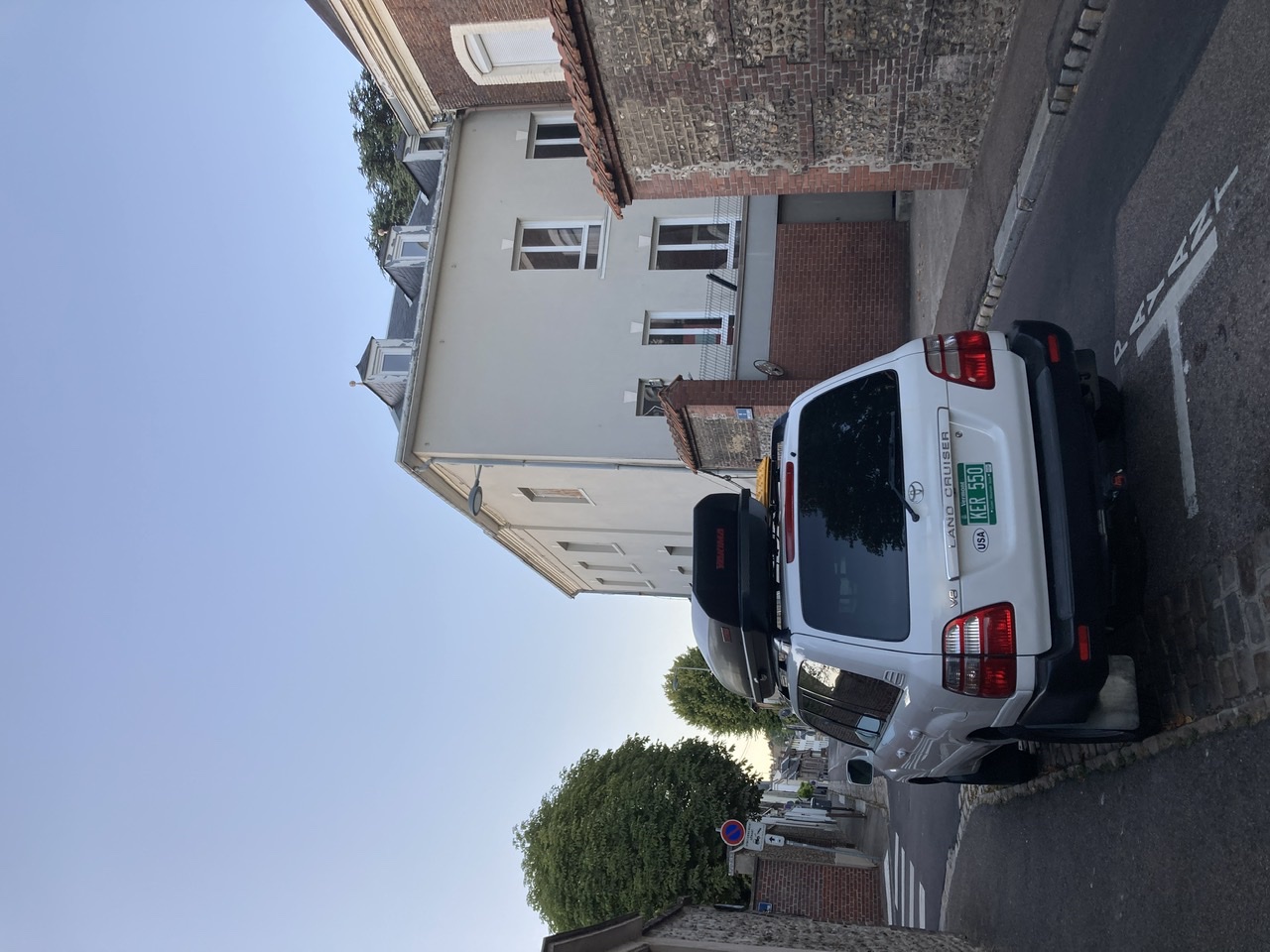 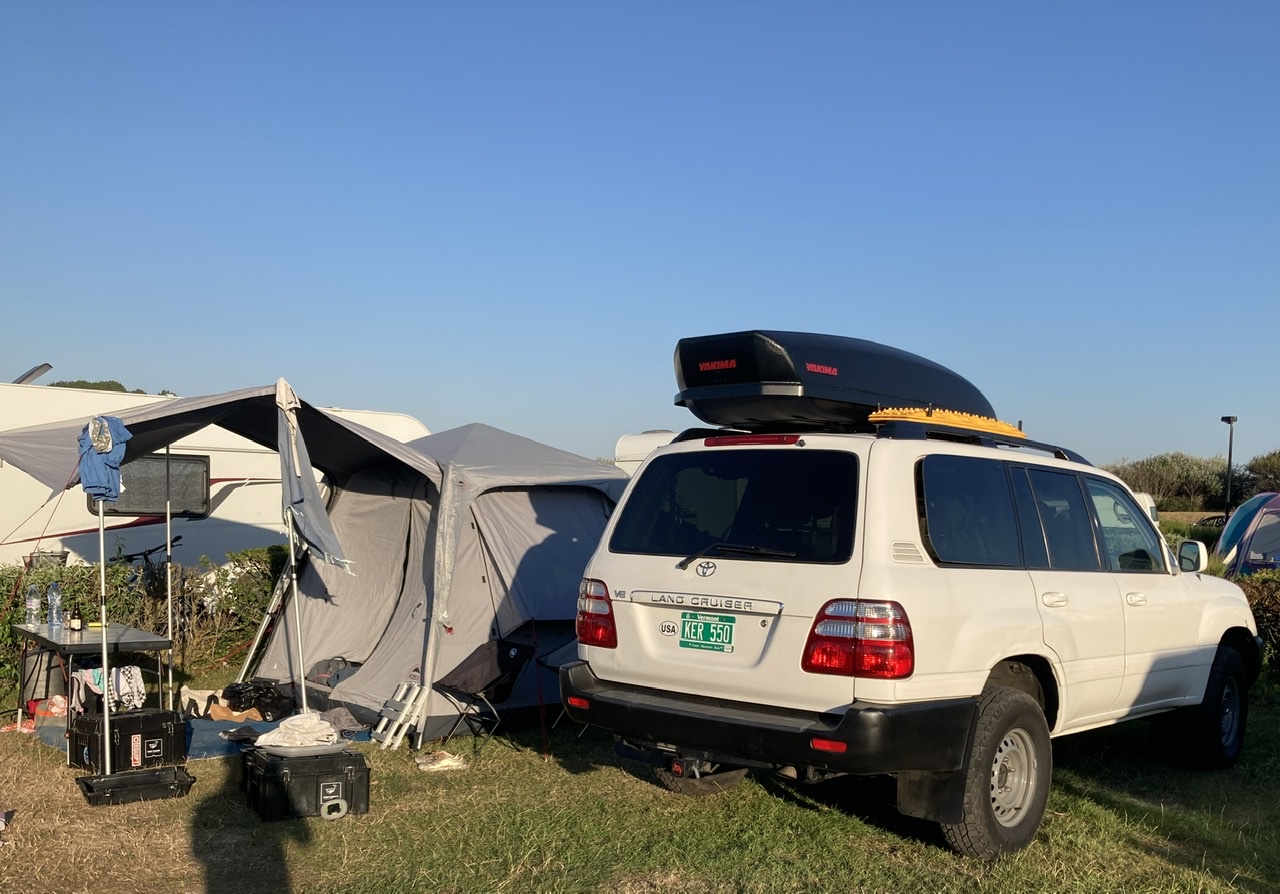 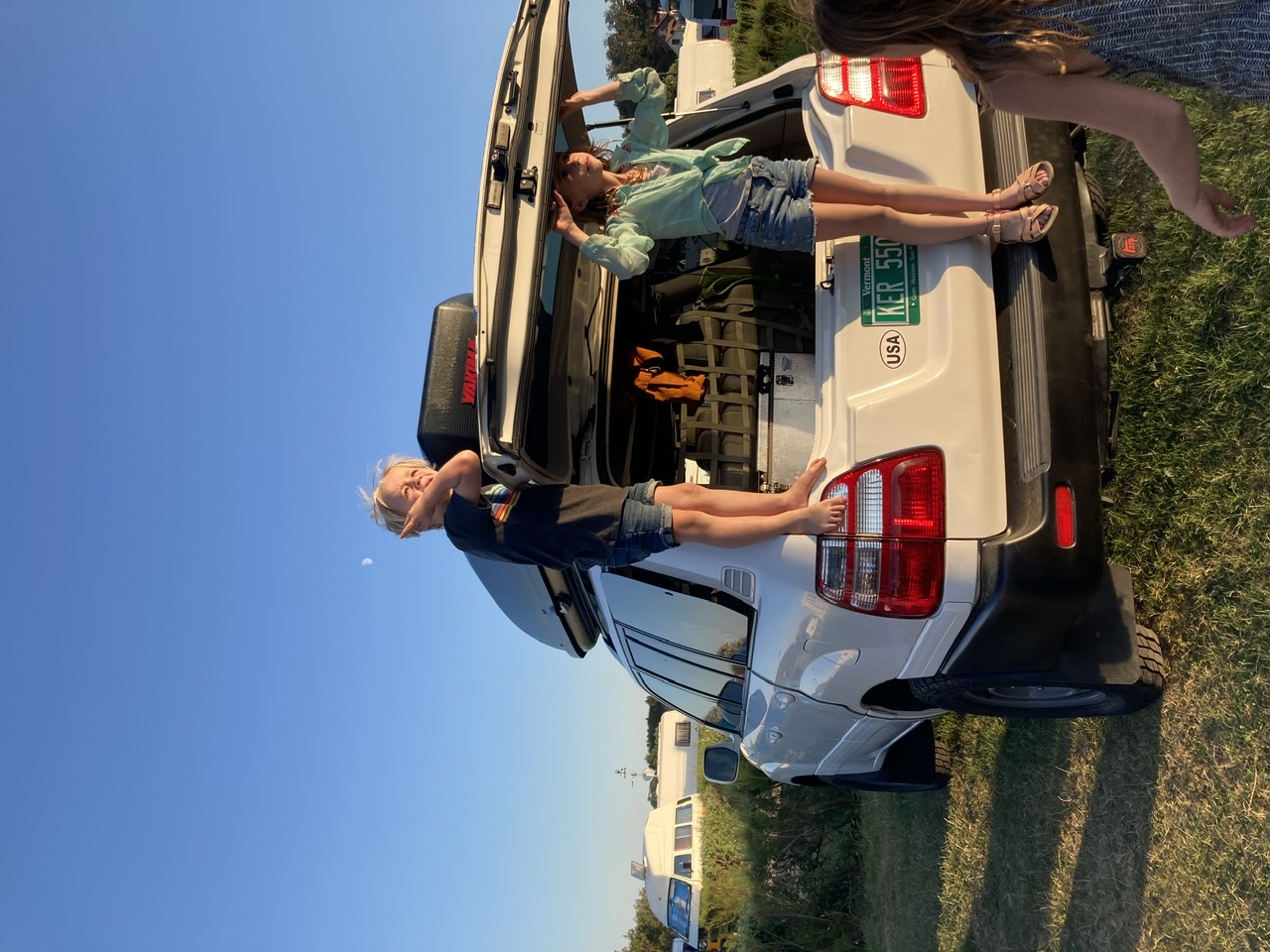 It’s good to have the cruiser back after the AHC repair. 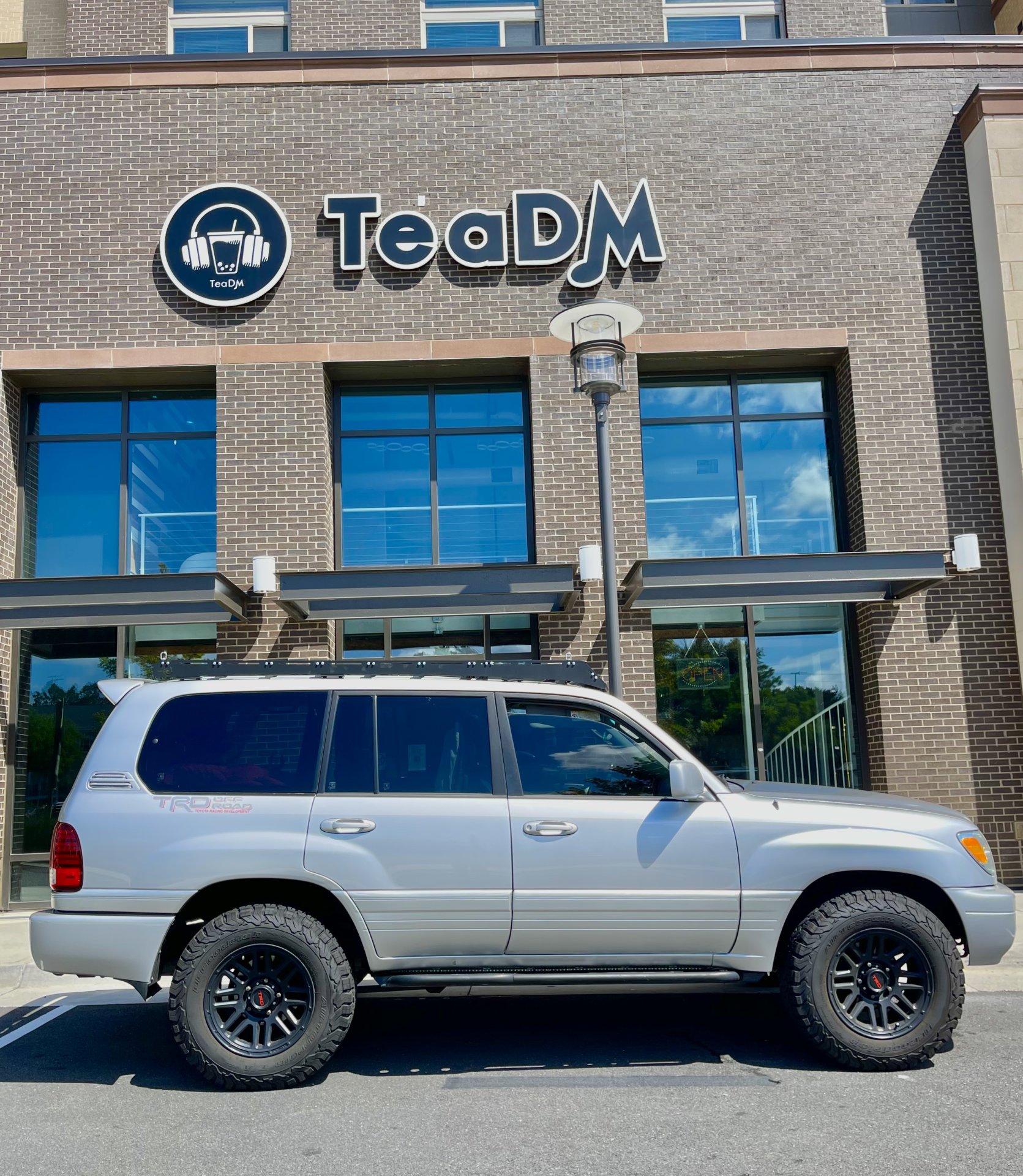 Just returned from a near 1,000 mile road trip from Portland through central Oregon to the South East corner in Jordan Valley while towing a trailer the whole time.

The trip started off great, however, I noticed on day one of the trip my front driver side suspension was hanging 1" lower than my passenger side. I wasn't sure why this would be so I inspected everything underneath for worn bushings, cracked or bent control arm / suspension components and noticed that for whatever reason, my torsion bars were messed with. You could clearly see fresh thread marks and where it looked like someone used an impact to adjust the bolt. This must have happened by the Toyota dealership where I was getting my alignment. NOBODY works on my car as I never take it to shops for service since I do all my own work. The adjustment to the anchor arm bolts was obvious and clear as I last adjusted them a year ago and would have been long covered in dirt, mud and dust. The two bolts were also much different in length than each other. I have NO CLUE why a Toyota tech would adjust my torsion bars to get my alignment "in spec". But I was furious and called the dealership to complain.

I'm guessing the reason I didn't notice it earlier while it was in my driveway, post alignment, was because I had the back seat removed, some heavy gear bags removed, and my tire carrier and sleeping platform removed in preparation for the trip. I assumed the rear came up a little making it look stink buggy. UGH.

One of the people in our group had a breaker bar and correct size socket to adjust the anchor arm but it was a short handled breaker bar and I didn't have any pipes or way of extending my leverage to turn the bolt. It kept feeling like it was maxed out after a turn or two and I didn't want to mess with it on my first day in the middle of nowhere destroying my alignment even further. I'm low key worried at this point that the techs managed to somehow damage the anchor arm unit / bolt but haven't had time to mess with it and it's 100 degrees outside currently. Will wait for cooler weather and take another stab at it.

Aside from that drama, the trip was rather uneventful but I did learn that the LC is NOT a good tow rig. While the heavy duty load Ironman suspension did a phenomenal job handling the load of the trailer and felt very planted and solid taking corners, driving at 65 MPH in 3rd gear revving to 4000 RPM through mostly up hill terrain was absolutely excruciating and I will never do that again. 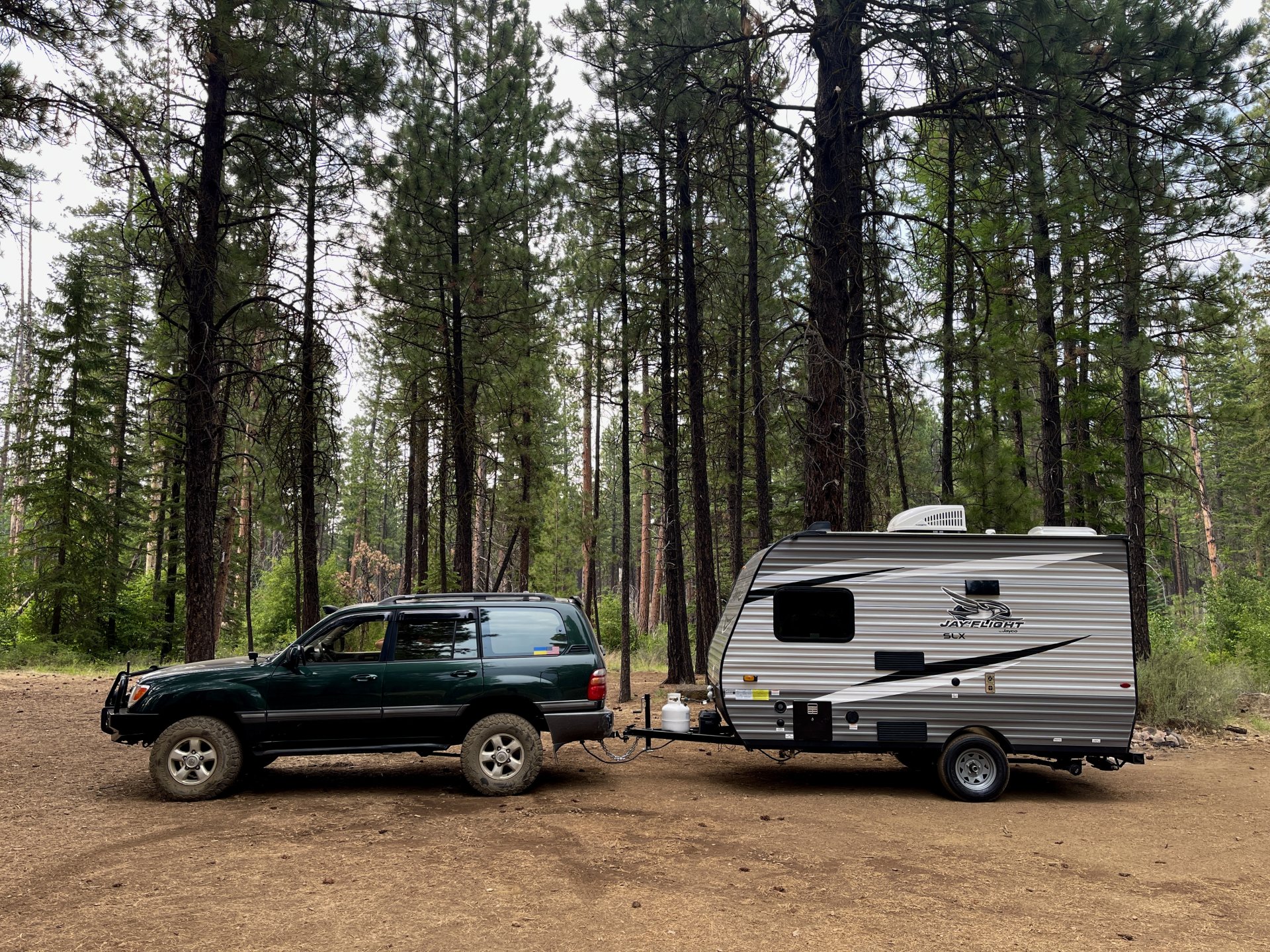 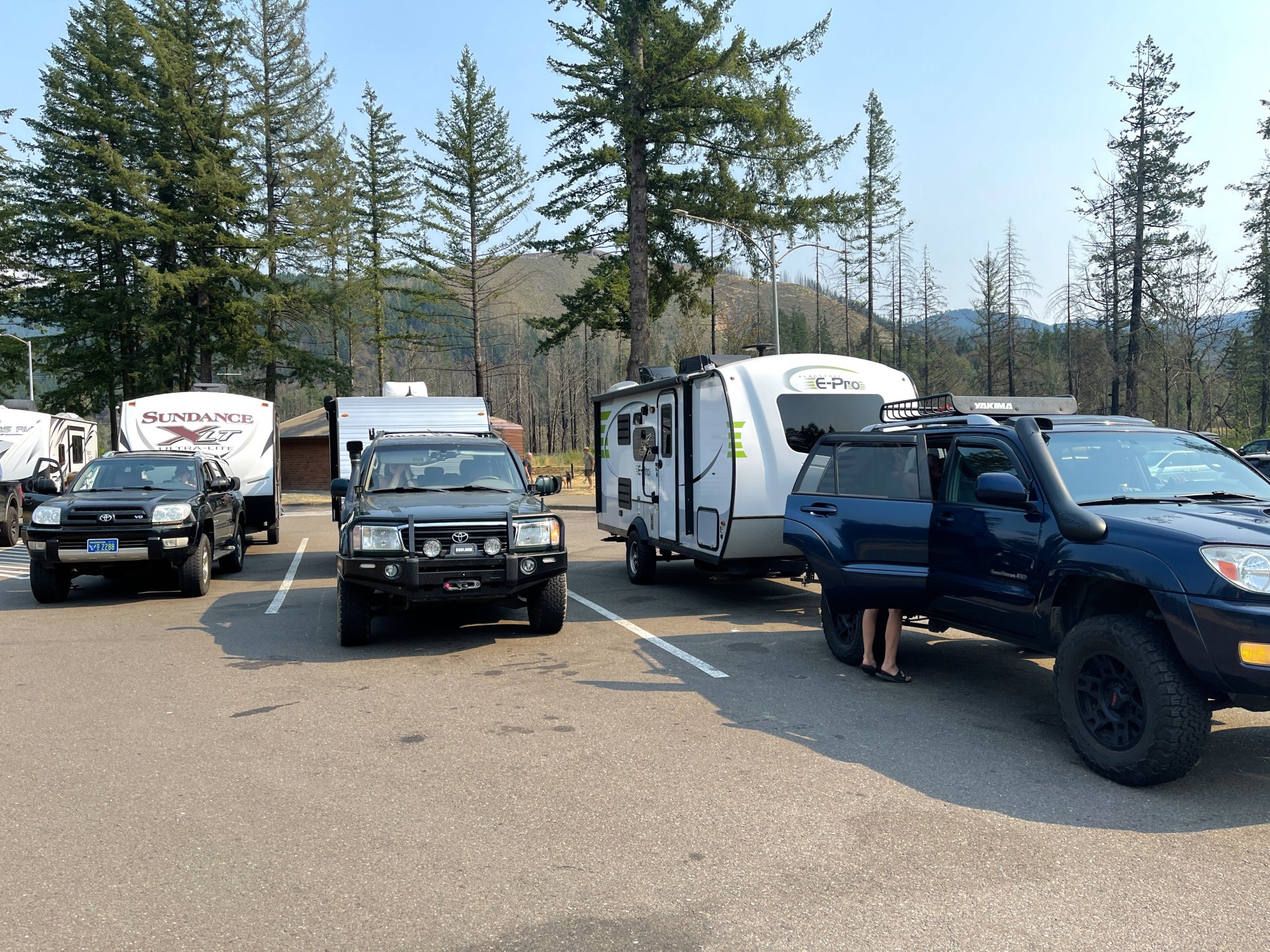 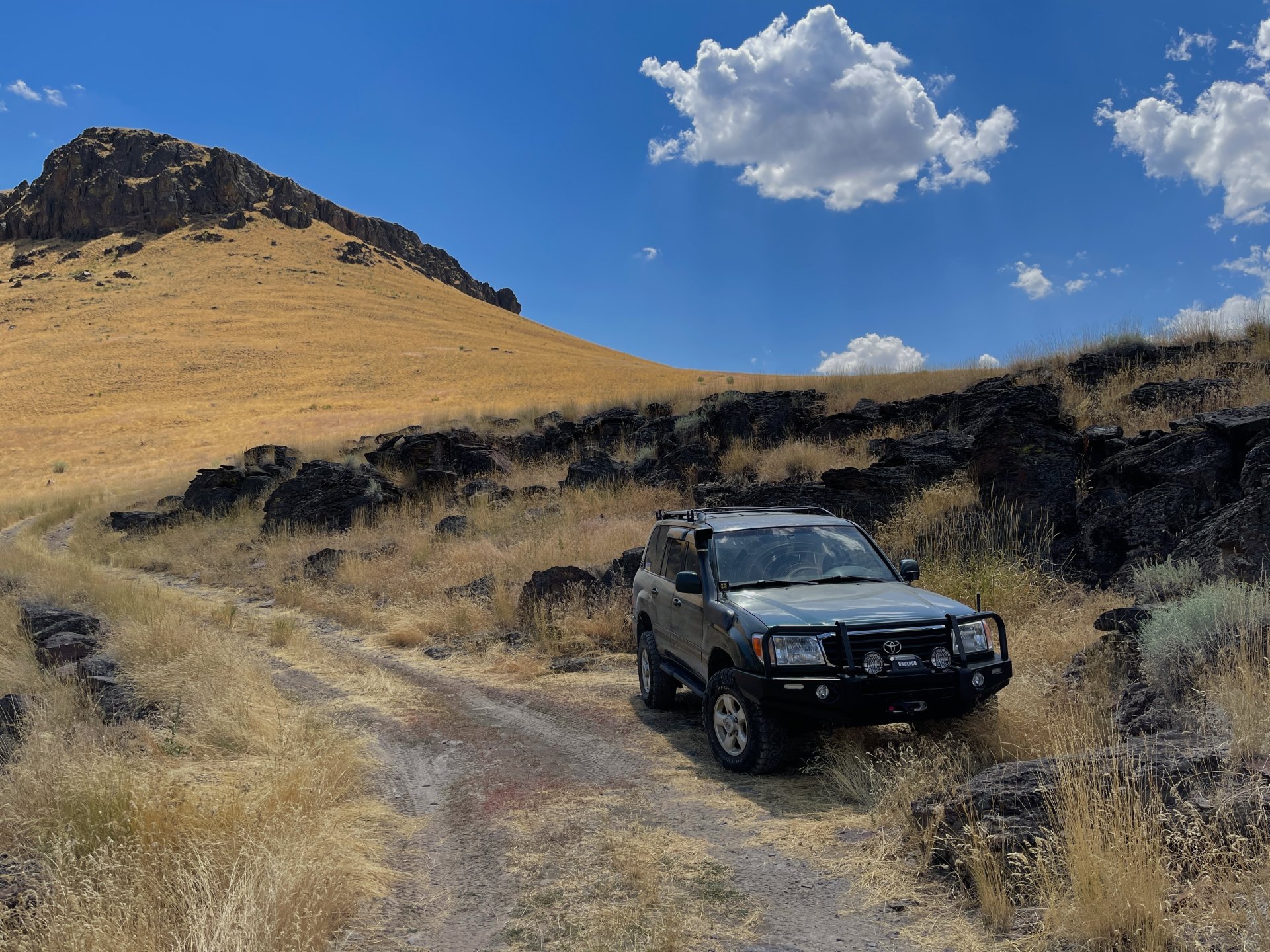 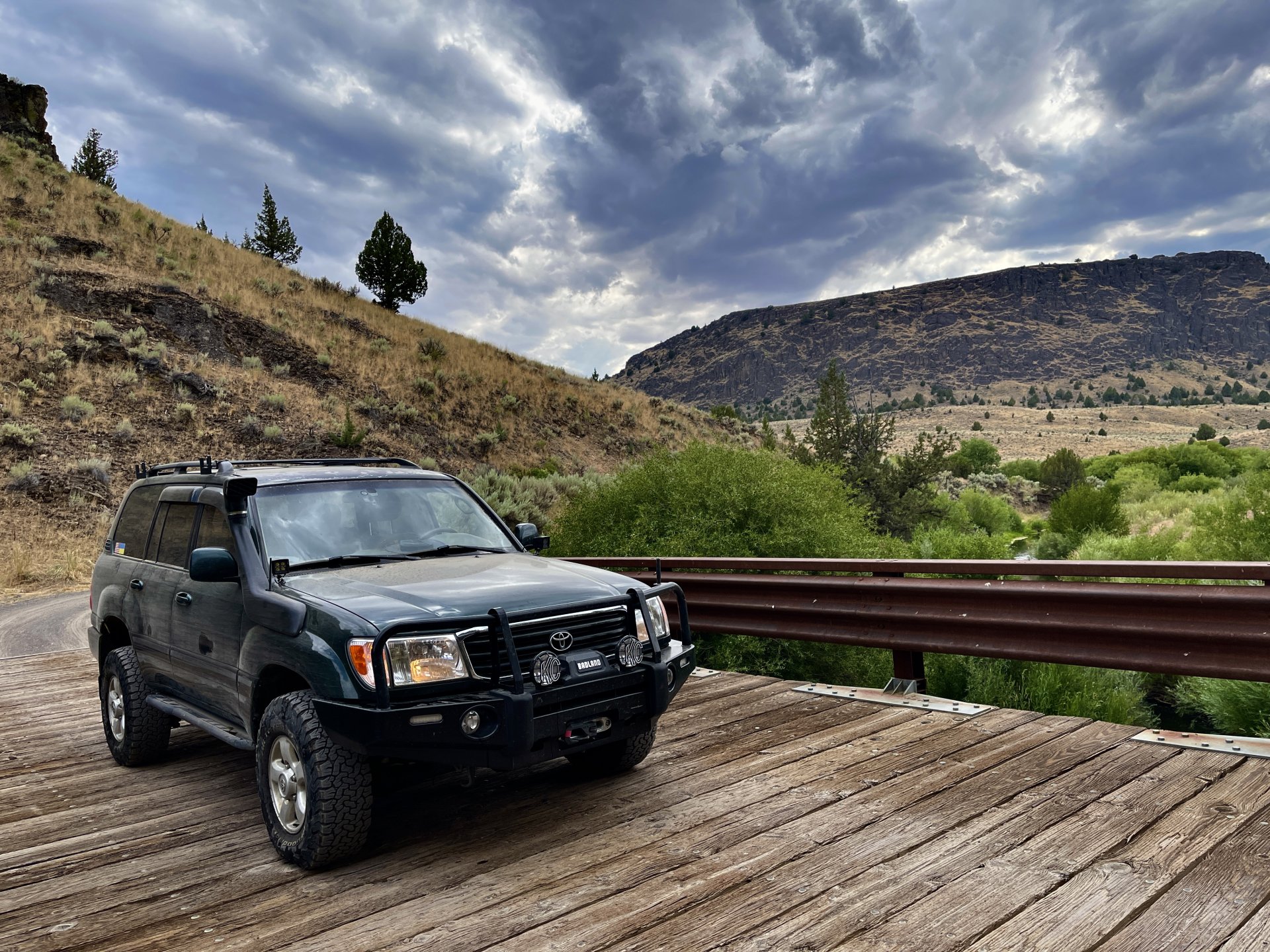 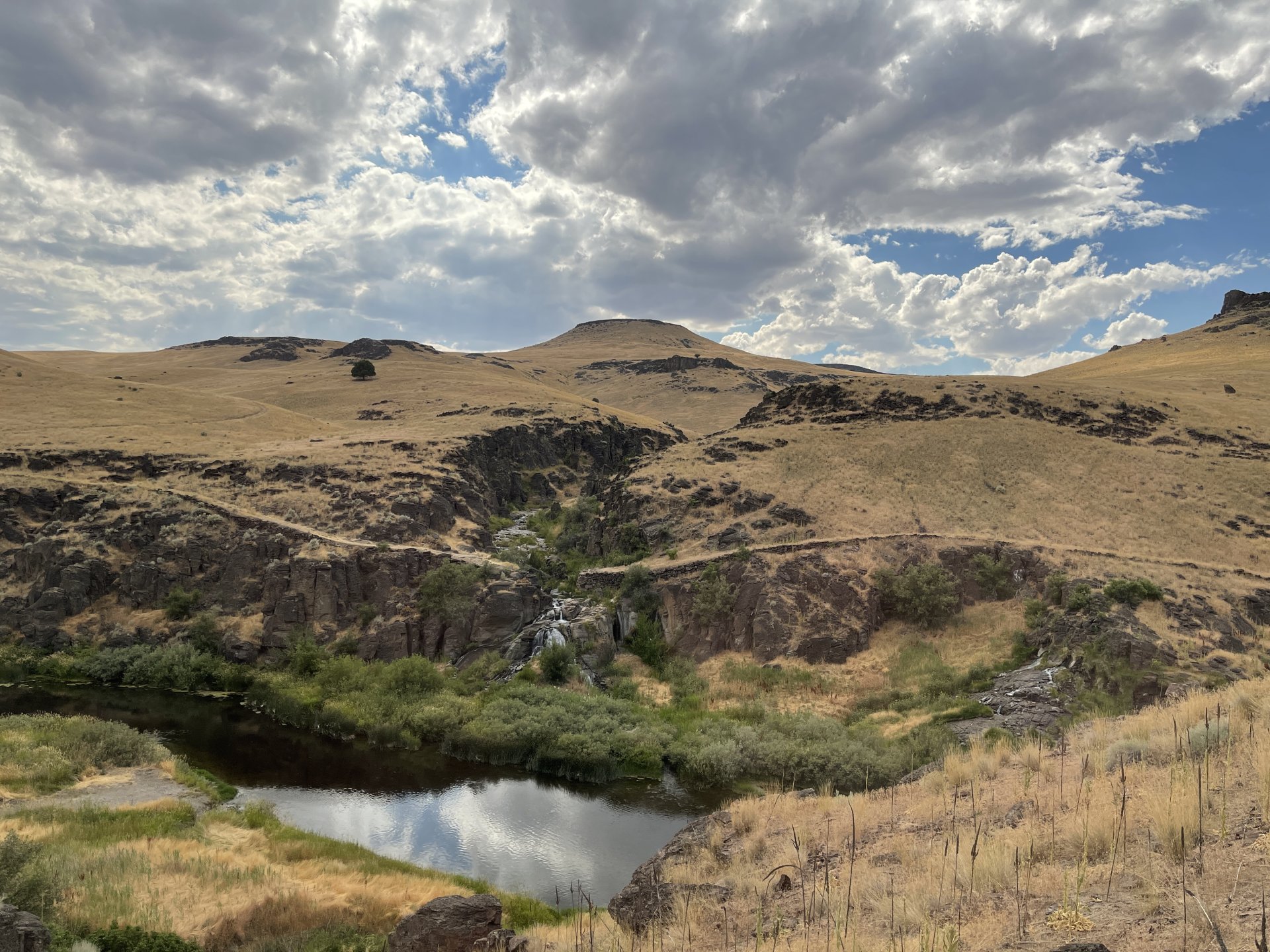 @RuskiE39 Where was this at? Looks like eastern WA or Oregon? Beautiful area!

ScotyDosentKnow said:
@RuskiE39 Where was this at? Looks like eastern WA or Oregon? Beautiful area!
Click to expand... 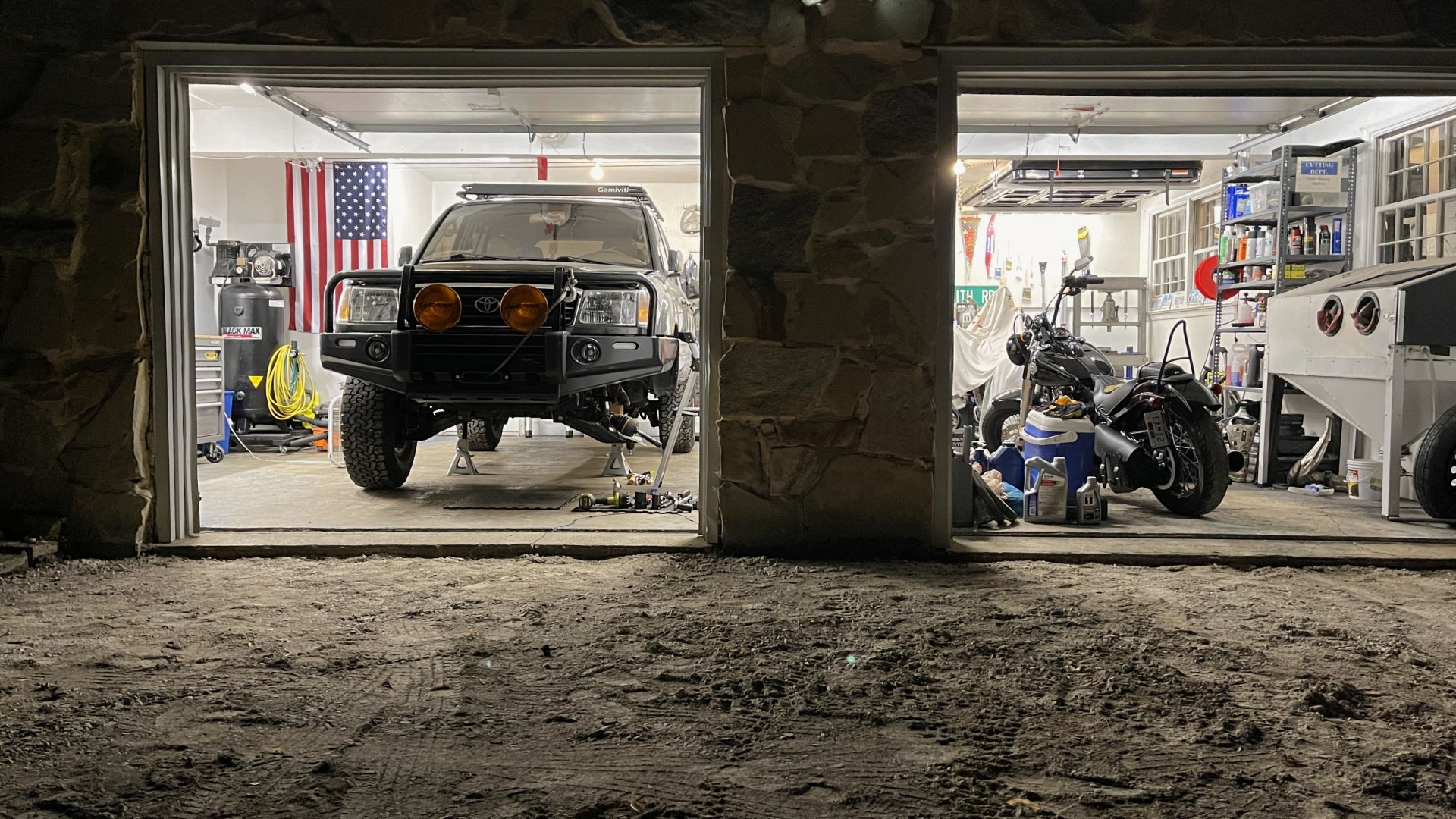 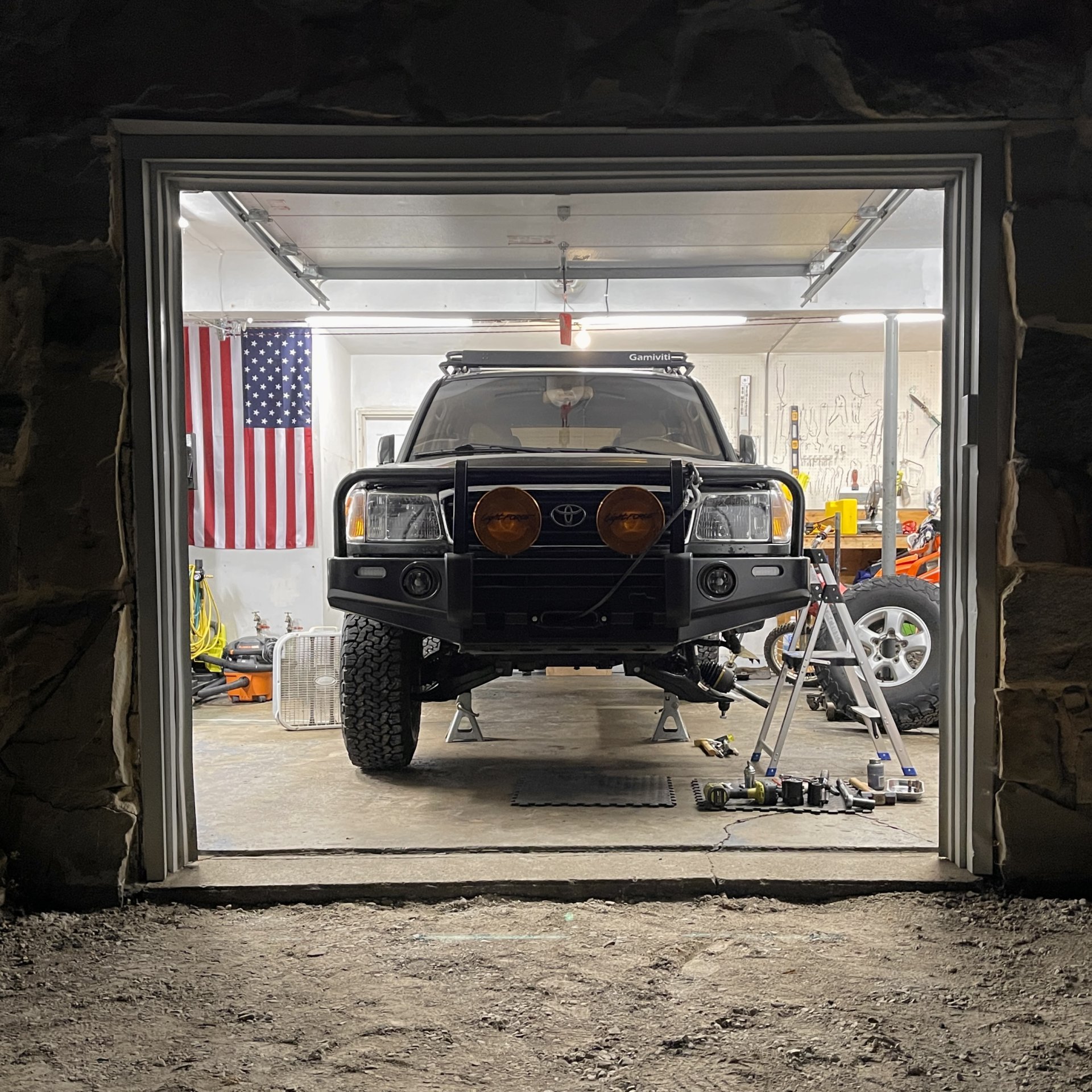