I drove my 2000 LX with 195k mi yesterday with no issues and parked it in the driveway. Went back about an hour later and moved it. Looked back at where it was parked and there was as huge puddle where it had been parked. I shut it down and looked under the truck and fluid was raining from the driver side frame rail in the front wheel well. Popped the hood and there was a steady drip coming from under the brake Master Cylinder area. The drip slowly stopped. When the key is turned to the 'on' position the drip immediately comes back when the booster pump comes on. The leak seems to be coming from near a hole in the bottom of the ABS block which is next to where the leads for the booster pump connect. I tried to take a picture of where the fluid is dripping from below. I put a red arrow on an picture of a disassembled unit from another thread to show where I think the fluid is coming from. It may be possible that the fluid is coming from between the aluminum and plastic ABS blocks and just weeping towards the hole.
Some things to note:
The reservoir was not over filled and brakes had not been worked on recently.
This truck is about as rust/corrosion free as they get.
It does not appear to be coming from the seals between the reservoir and MC. The leak seems to be driven by the pressure of the brake booster pump.
The last time I did a full flush on the brake system including the ABS module using Tech Stream was about a year and a half ago and I use Prestone Dot 3 brake fluid.
No alarms or lights have gone off yet, possibly because there is still fluid in the reservoir to feed the pump.
I feel very fortunate I was just in the driveway when this happened.

Before I start taking it apart, does anyone know what is up inside that hole on the ABS block and could its failure be the source of the leak? Does anyone know what may have caused this failure, such as non 'Toyota' brake fluid or? Yes, I have read posts that say that this is non-serviceable territory, but I am thinking that if it is just something like an O-ring or commercially available seal, it just might be repairable. The alternative is looking like a new Brake Master Cylinder 47025-60012 for $1,400+, that is unless one of you fellow mudders has a good ABS block on a bad MC that you would be willing to part with. I'm on the South East side of Houston.
Thanks, 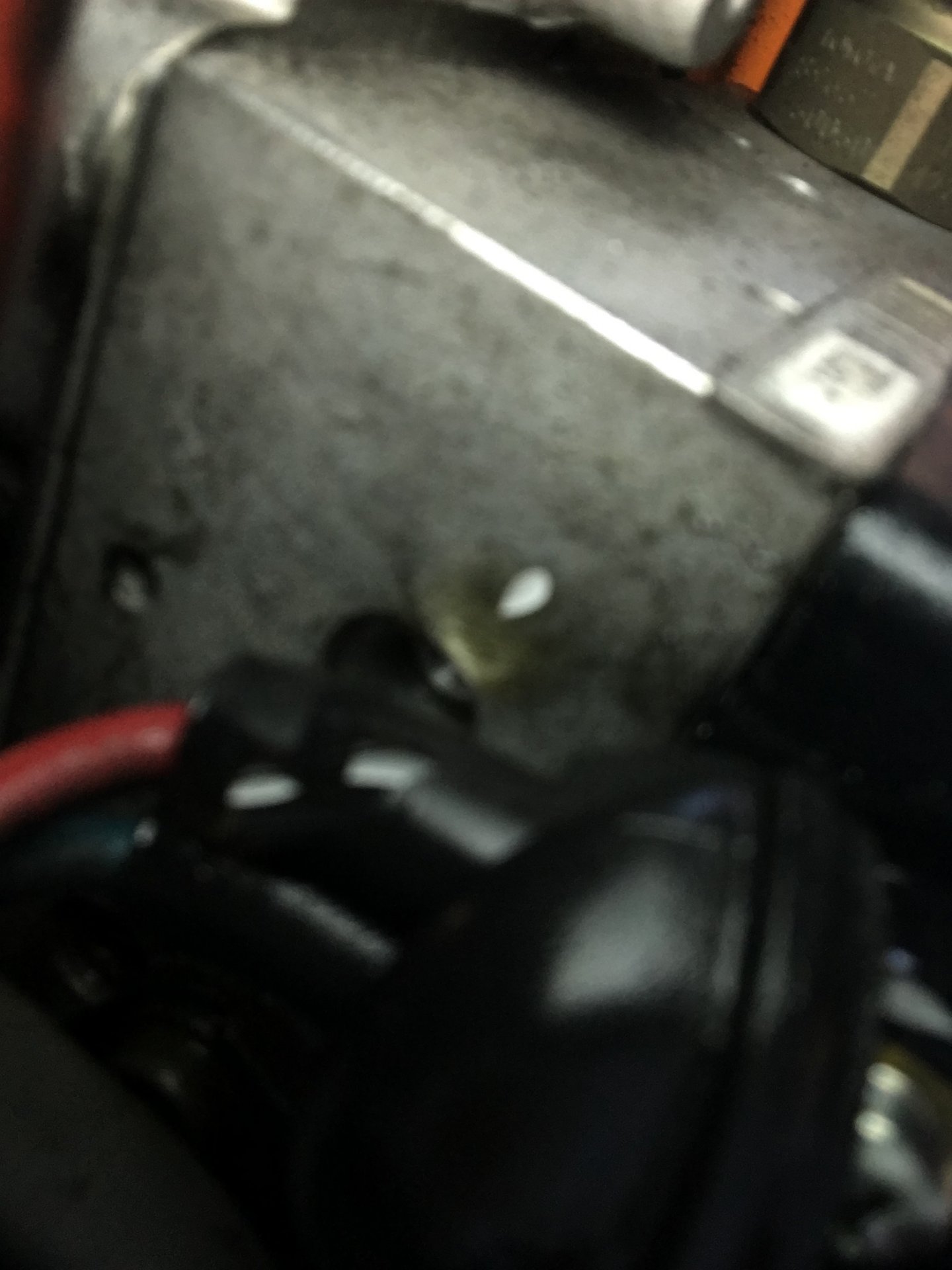 Well I pulled the MC assembly out and the hole in the bottom of the aluminum ABS block where the fluid looked to be leaking from appears to have an intersecting hole drilled off to one side. See below. I don't know, but possibly its a vent to some internal hydraulic component. I'm going to pull the valve body apart next and see what I can see inside of it, what have I got to loose at this point. Any thought or suggestions welcome. 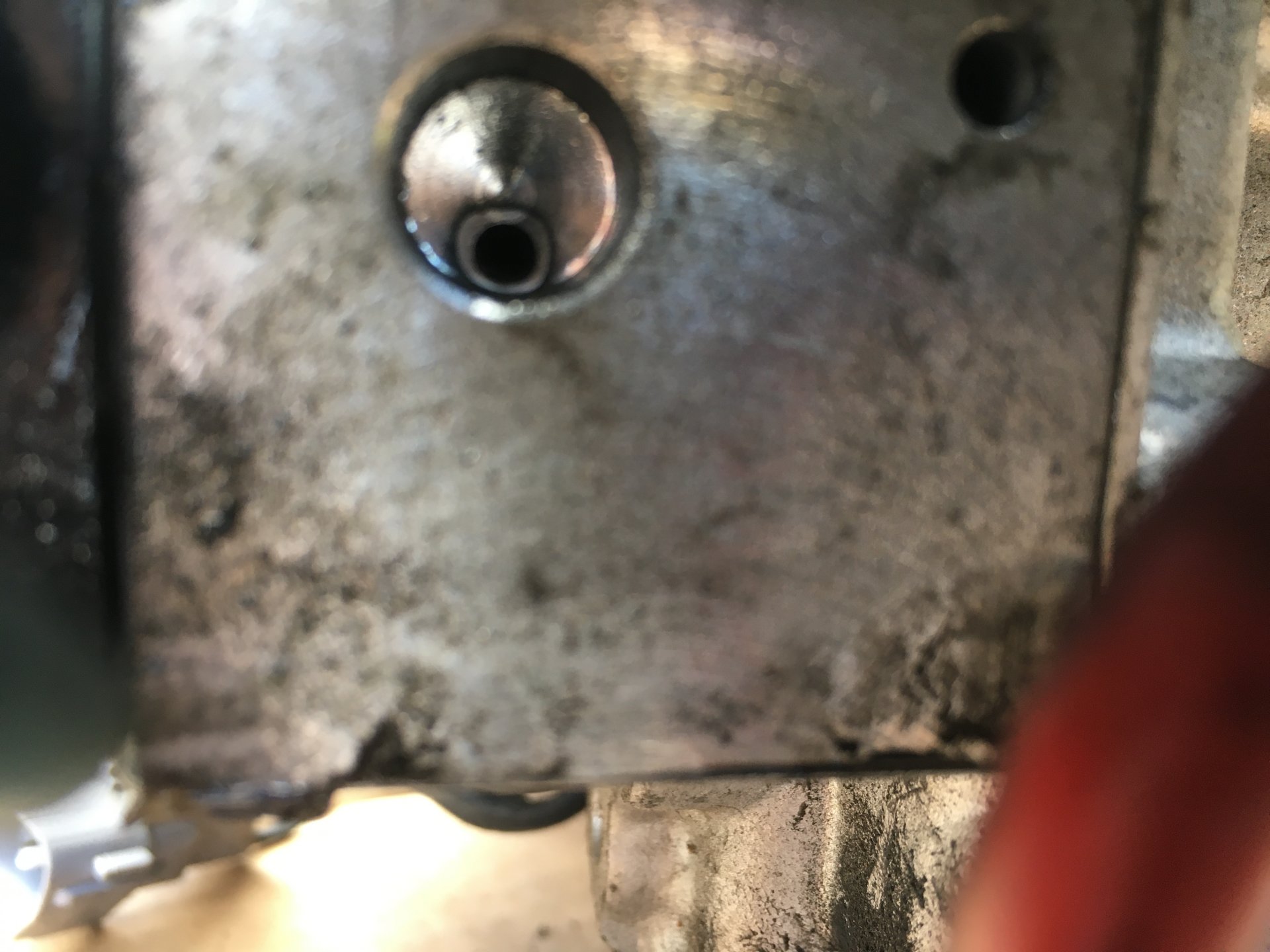 Well the ABS plastic block and aluminum valve body seem to be assembled in some manner that is non intuitive to disassemble without damaging. With all the screws out, gentle prying creates some separation of the pieces, but there are some electronic components that are not moving with the plastic block and the legs are deflecting. Not sure if these connections were soldered or spot welded after assembly. Some super fine screens on some ports in the aluminum valve body indicate it probably is best to assemble in a clean room. Everything visible seemed to be clean and in good shape. Anyway the pieces that I think are bad likely reside in the aluminum valve body. Unless anyone has a line on just the aluminum and plastic valve body sub assembly, I am going to have to spring for a new MC assembly. Merry Christmas Toyota. 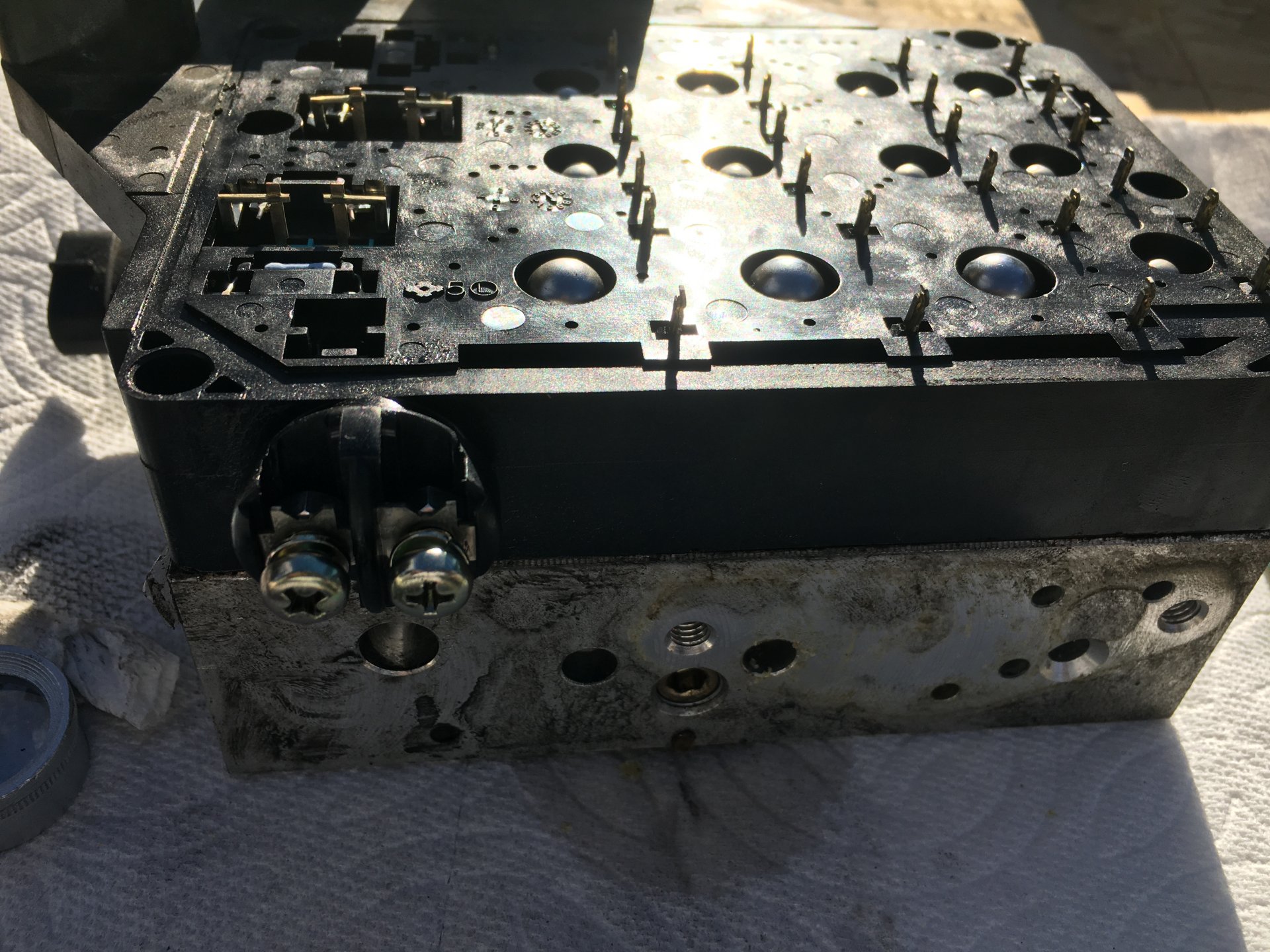 Today at 8:43 PM
awesomeissquid
A

BT45 Bluetooth suddenly hot all the time (power on)