Alright I'll get to the pricing first, these are priced cheap because one of the rears needs a new ball joint, and none of the mounting hardware or bushings is included.

The other rear shock is okay because it has already been rebuilt. After a mistake on my end (pinched the line), I went to pull the shock off to have it repaired and found the ball joint was frozen on. I ground it off, and had radflo replace the line as well as the ball joint and continued on for another 10k or so miles.

I'm offering these up for cheap in case someone wants to buy these as-is for a good deal and do all the work, or since I have already repaired one, I can assist in repairing the other.

The 3 other shocks are in pretty good shape overall, rears have minor pitting on the rods, fronts are clean. Ball joints on those 3 are in good shape. Shocks were great on my lifted 100, but after a while, combined with e rated tires I found them to be a little stiff and overkill for the direction I'm taking the truck currently and its use.

Adjustable knobs work great and make a big difference between full stiff and full soft. These are the extended length versions to be used with aftermarket UCA's. I've ran these with total chaos UCA's as well as SPC's and they work great with both.

Any questions, let me know. Thanks! I have more photos as well. 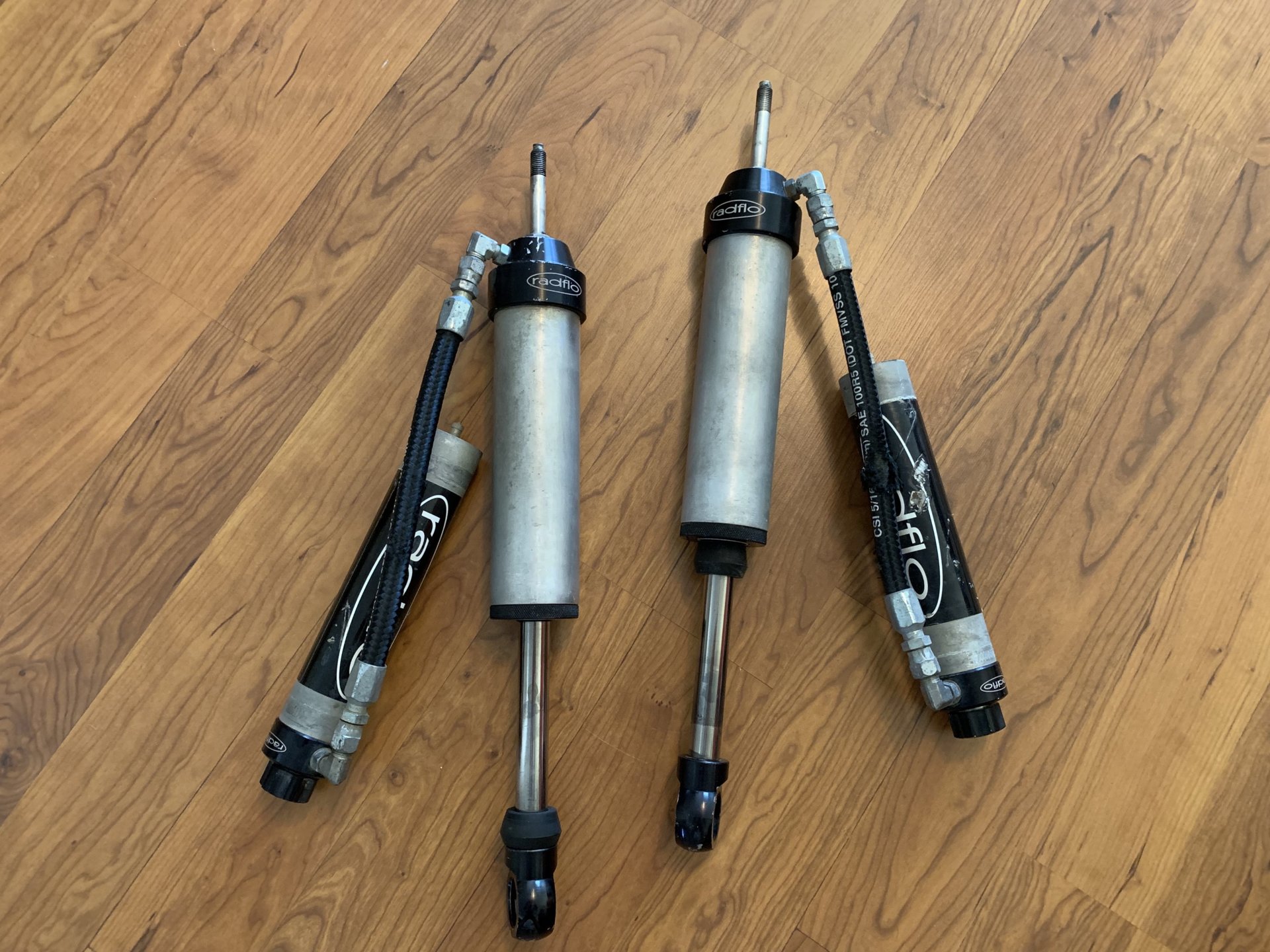 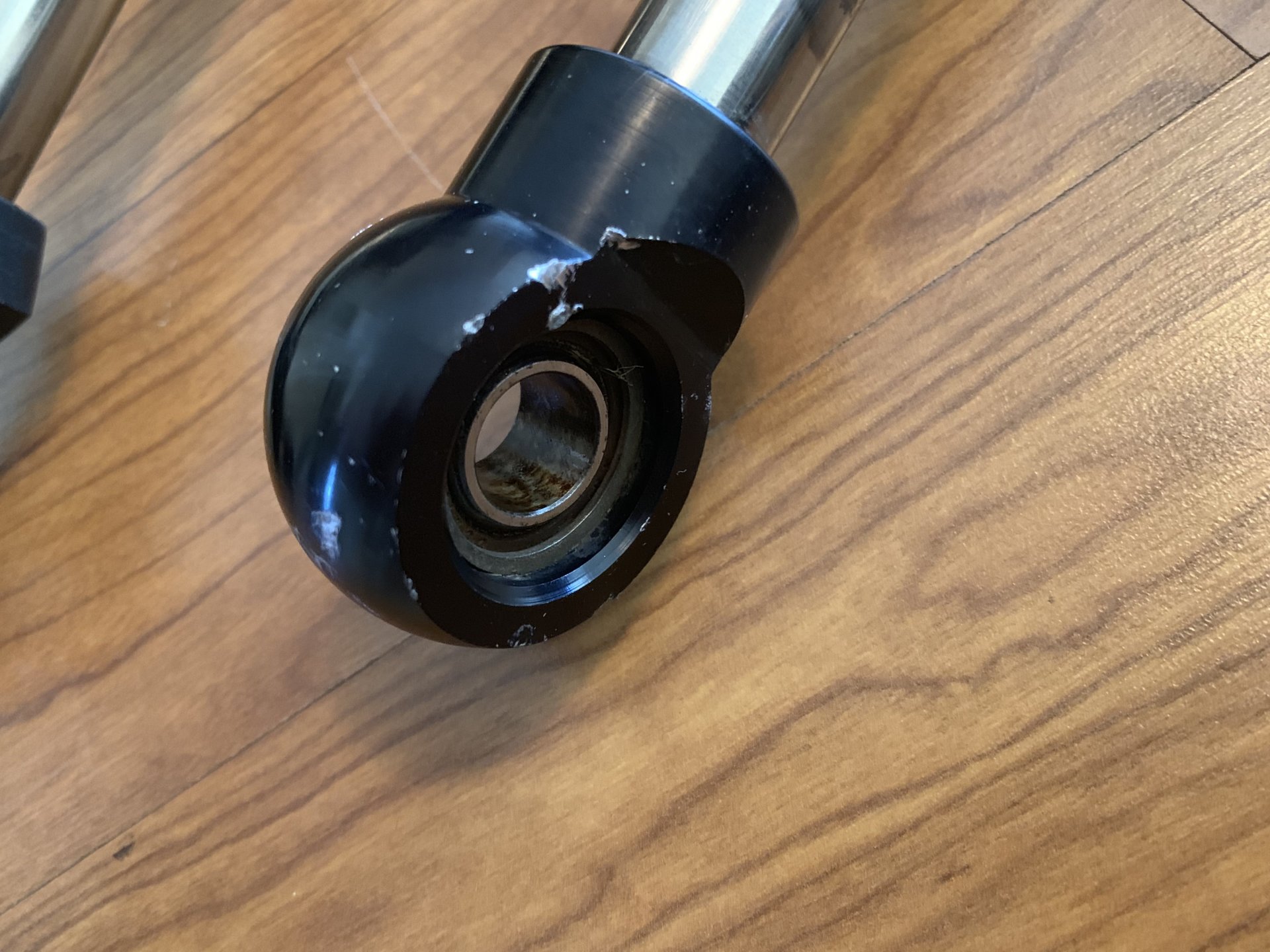 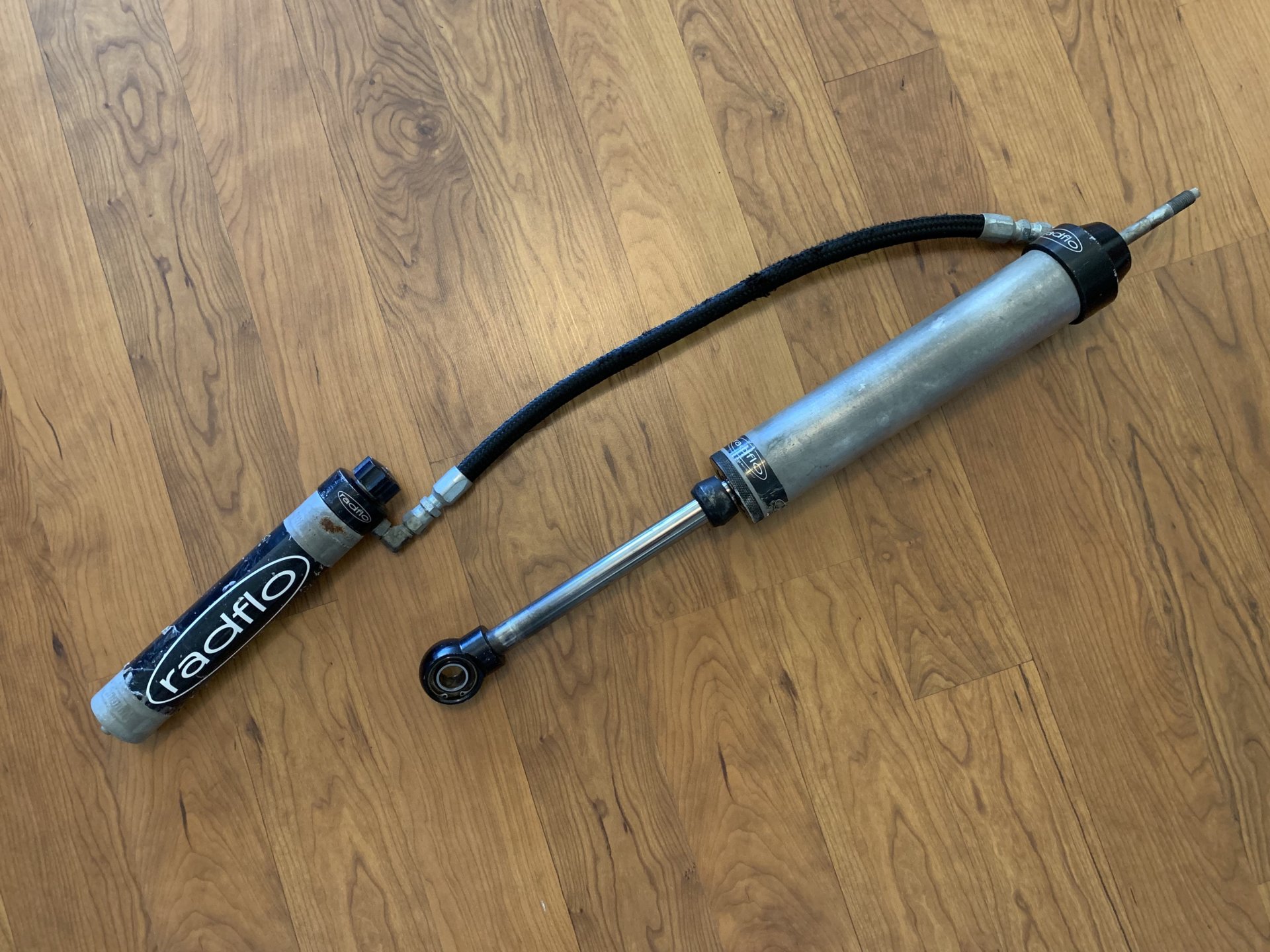 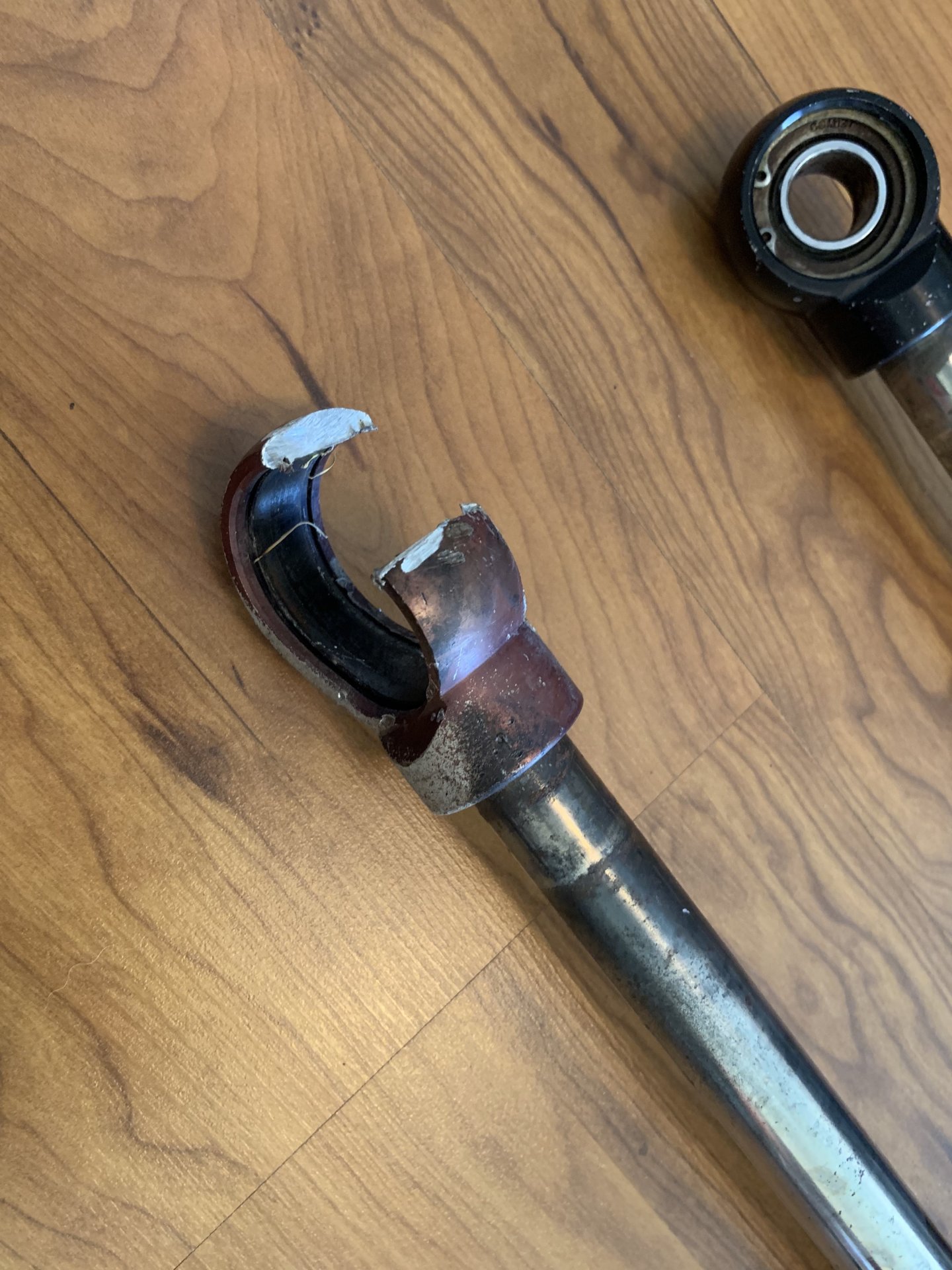 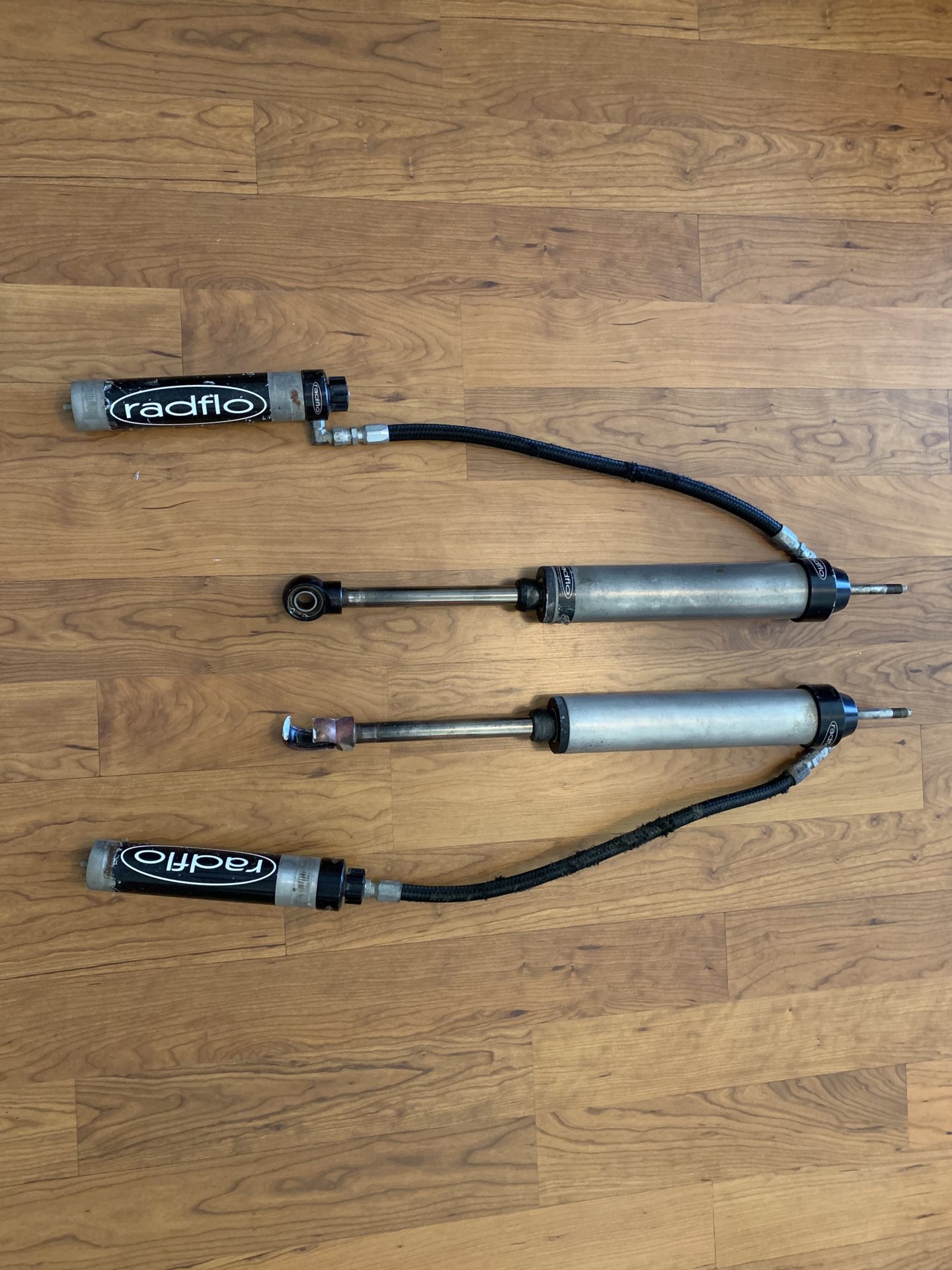 Shoot me shaft extension lengths. I’m interested in them as is. The rear one is the one that has been cut? Correct.

Sold! Thanks
You must log in or register to reply here.