So how do flat-landers wheel? 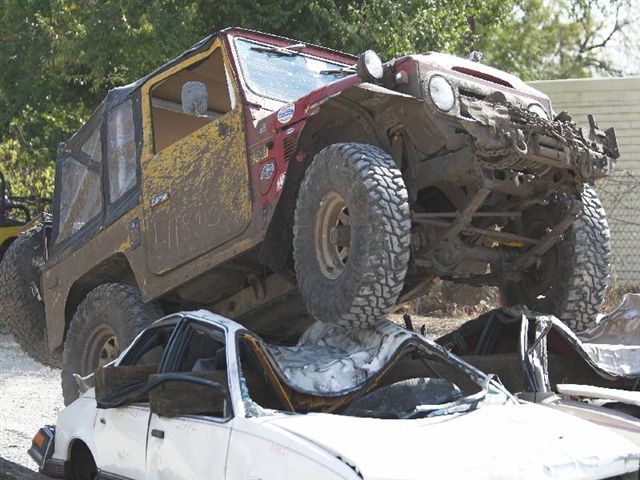 cool looks like a good time.....i hope jake dont see it....he will be lining junk cars up in the yard!
osagecruiser

His Cruiser look's natural up there!

Ironically enuff, that's about the same view I had of it at Disney too 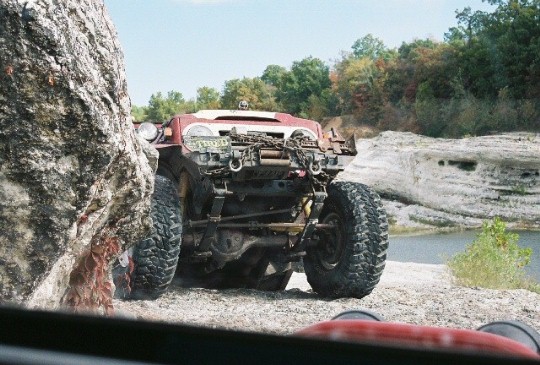 Seen it not but two or three weekends ago at tuttle, brought down the small group of 6 rigs, bit chilly for most. Suppose i should have talked with Don, but did not know the rig was on here.

That was him.... cept it has red doors again :hillbilly Think he was up there with the Wichita. He'll be a KS Rock Park this weekend, wish I had that much time to wheel

HI^C! Ya shoulda said Howdy! Ya musta been drivin one a them mini trucks??? Hope it wern't the one that busted the frunt u-joint... We had kinda slicked that hill up afore ya got there. Umm I thought I saw open containers in your groop???
I pick up enuf trash up there to fill one can an then sum, sorry Robin.
Like I tell ya, Gotta werk to wheel, why else??? It's cheeper than talkin to a shrink, maybe... Gotta git yer hunny dooos dun durin the week. Pryoritees!!! Wheel first. Fix da liddle stuff later!!! Get a Cruiser! Git Er Dun!!! If it ain't broke, don't fix it!
Now we gonna have a clean up at KRRP I think in March or April. I'll let ya'll know.
And the BIG MEAT RUN at Disney, OK 3-18-06.
Anyone goin to GCC Poker run 4-01-06??? I am!
Probly goin to sneek off to Little Sahara a couple times afore it gits hot....
I would imagine there is goin to be a Kansas Krunch out ta Shields, KS. When I know I'll share.
Wish I was goin to Katempsey, in a way, but $125 to attend an jus didn't have that much loose change at the time. Looks like real simaler terrain to Disney to me...
Now sum a ya know that I am planin ta retire next year an I am supposed ta not be usein vacation after bout April 21st a this year. So we ain't goin ta much cept fer Moab after Memorial.
Hey Ya'll!!! Watch This!!!! Don AKA Dmidlfing4
H

LOL, i was driving the white one (buddies i built), when is spit a u joint cap it does it every once in a while ( only when i am driving it though ). Back to camp new caps then back to the trail. Just messing around on the hill, doh I was pretty hard on it earlier on widow maker though so it was probably due.

No open, dont believe anyone drinks.

group of us will be in moab again this yr, looks like april 13-22 some will come and go during that time. I believe i will be there all those days.
D

The clean-up at Kansas Rocks Rocks is April 8th. The Wichita 4x4 Club has adopted an area including Carage Canyon to take care of. We do a little picking up and trim some tree limbs and then do some wheelin.
Please feel free to join us.
C Ya, Don P.
S

Nice area!
You must log in or register to reply here.