Visit site
New to the forums (I tried to put in the "Build" prefix, but it only showed Hilux option) and new to the Toyota platform. Always had an appreciation for them, but never owned one until now. Weird back story on the truck. It was my best friends truck of 13 years until she committed suicide. About 2 years after the incident her parents finally let the truck go to me.

1989 DLX single cab, 3.0 v6, 5 speed 4x4, with 212k miles when I got it. It is all mostly stock with the exception of some cheap intake kit that her step dad put on while in their possession, and the wheels. It has PS and AC, manual windows, and luckily I asked her parents about the camper shell a few months after I initially got it. They still had it, but for some reason did not include it with the original sale to me.

First day in my possession February 2021: 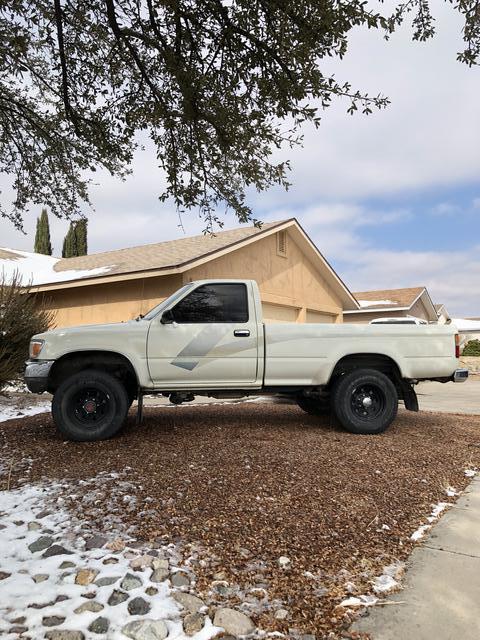 After the first wash: 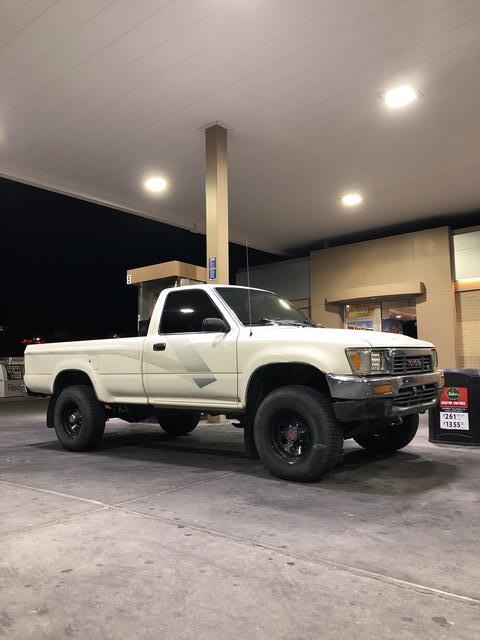 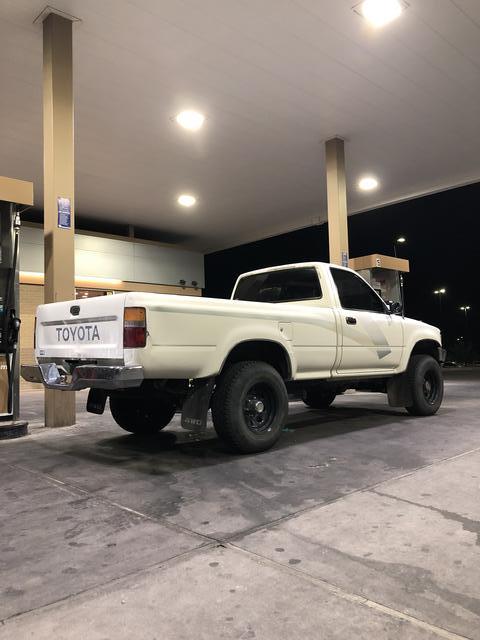 Messing around one day: 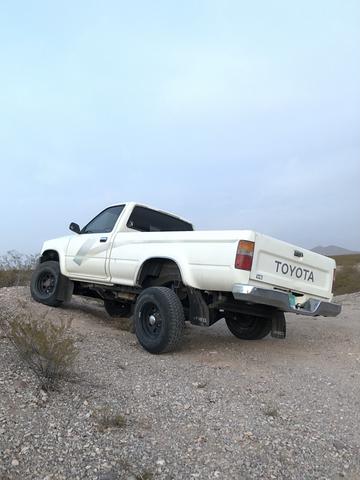 When I picked up the camper shell: 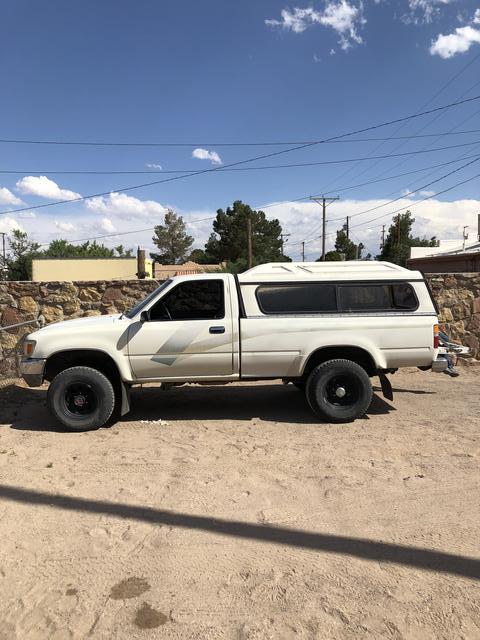 My plans are to try and drive it and spend as minimal on the 3.0 as I can for the time being. I would ultimately like to 3.4 swap it, retain AC and PS with swap, and get the suspension feeling like it did brand new. Sure I have pipe dreams of SAS and 37s, but maybe some day as I plan on keeping this truck forever (hence the title name because I will never sell it). I have already put about 1k miles on it since taking ownership. Pretty sure the radiator needs replacing as it warms up from time to time (never in the red, but still concerns me). Pretty sure the head gaskets are currently good as there is no milk shake in either the oil or coolant, and no smoke out the exhaust.

So far I have learned a lot from all the knowledge across the forums. I look to contribute to the knowledge and document everything I do to this, and my goal is to go into major detail for everything. I know I will have questions soon, so thanks in advance.

Visit site
Very clean. I wish mine was like that.

Visit site
Nice truck. So sorry about your friend.

Turn the pipe dream into a long term "plan". Keep your eyes open for a complete donor truck for the 3.4. It made my 3.4 swap MUCH easier and ultimately less expensive. Parting it out paid for my swap and I didn't have to search for anything. It was all there.

I got an SAS kit during a sale event and free shipping from the vendor I bought it from. I see SAS'd trucks being parted out occasionally. If you're on a tight budget ya gotta scrounge for deals and collect what you need over time.
You must log in or register to reply here.

Yesterday at 10:05 AM
ShiftyYota
S