Shrapnel in my Front Differential

I know this is a difficult question to answer, but perhaps the collective intelligence of this group can direct me in the right direction.
I was changing the front diff oil yesterday and found some shrapnel in the magnetic drain plug.
I have a 97 80 Series, with 600,000 Km on it so far, no lockers and free wheeling hubs which are on "free" most of the time, just did a 140 Km trip offroad two weeks ago and did not feel nor hear anything out of the ordinary plus I did not do any work on my front differential in many years and the last work was changing the front axle outer shaft 9 years ago.
The shrapnel is quite thin, like shavings, however there is one piece (center) which has a square tip and looks like a tooth of the locking washer in the hub !
Didn't want to open & dig in till have most parts I need for repair plus I have a lot of work these days and had to postpone the surgery till later.
Both pics are the same, not good quality, greasy fingers and the such.
Any advise greatly appreciated......thank you guys. 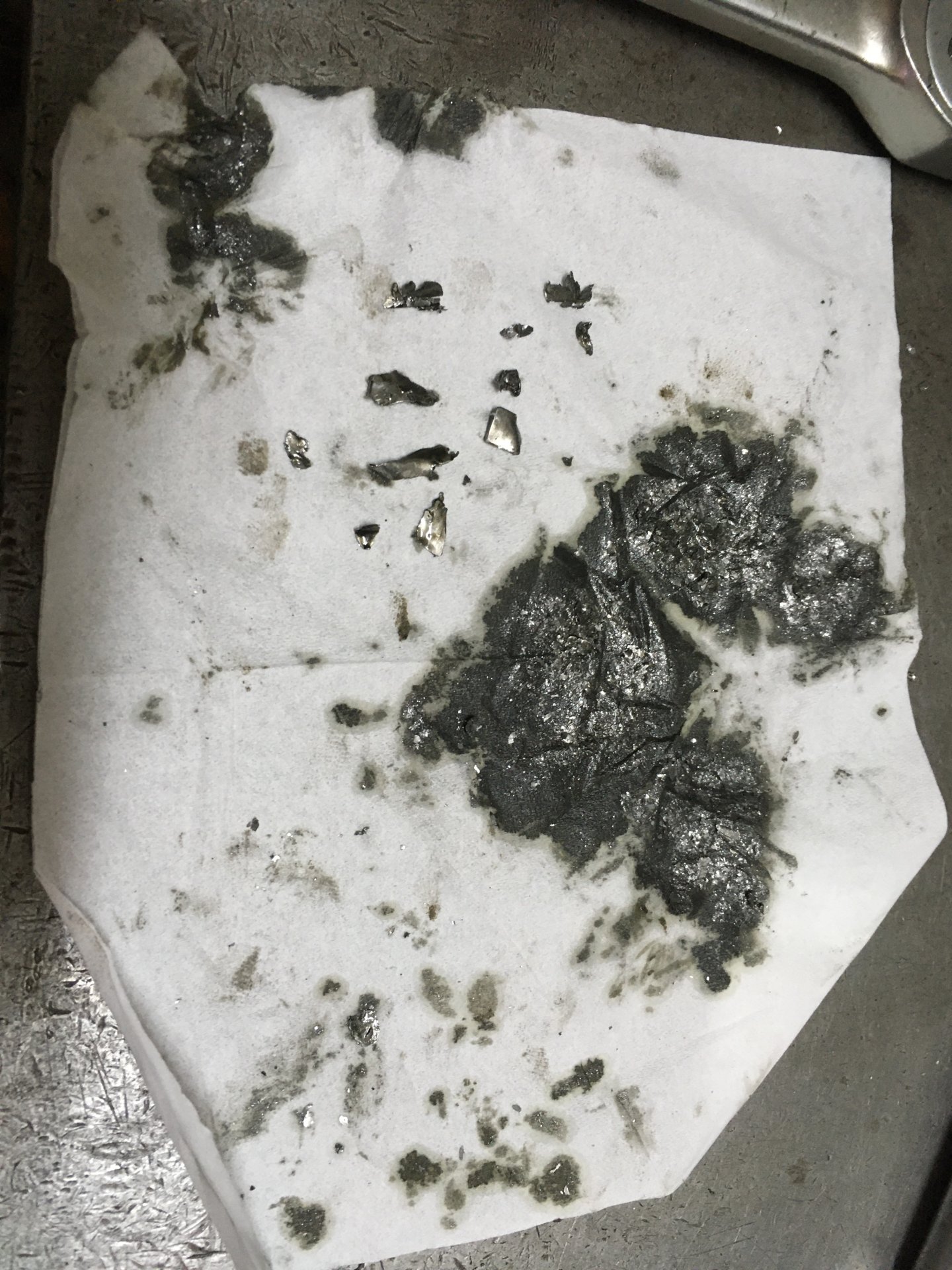 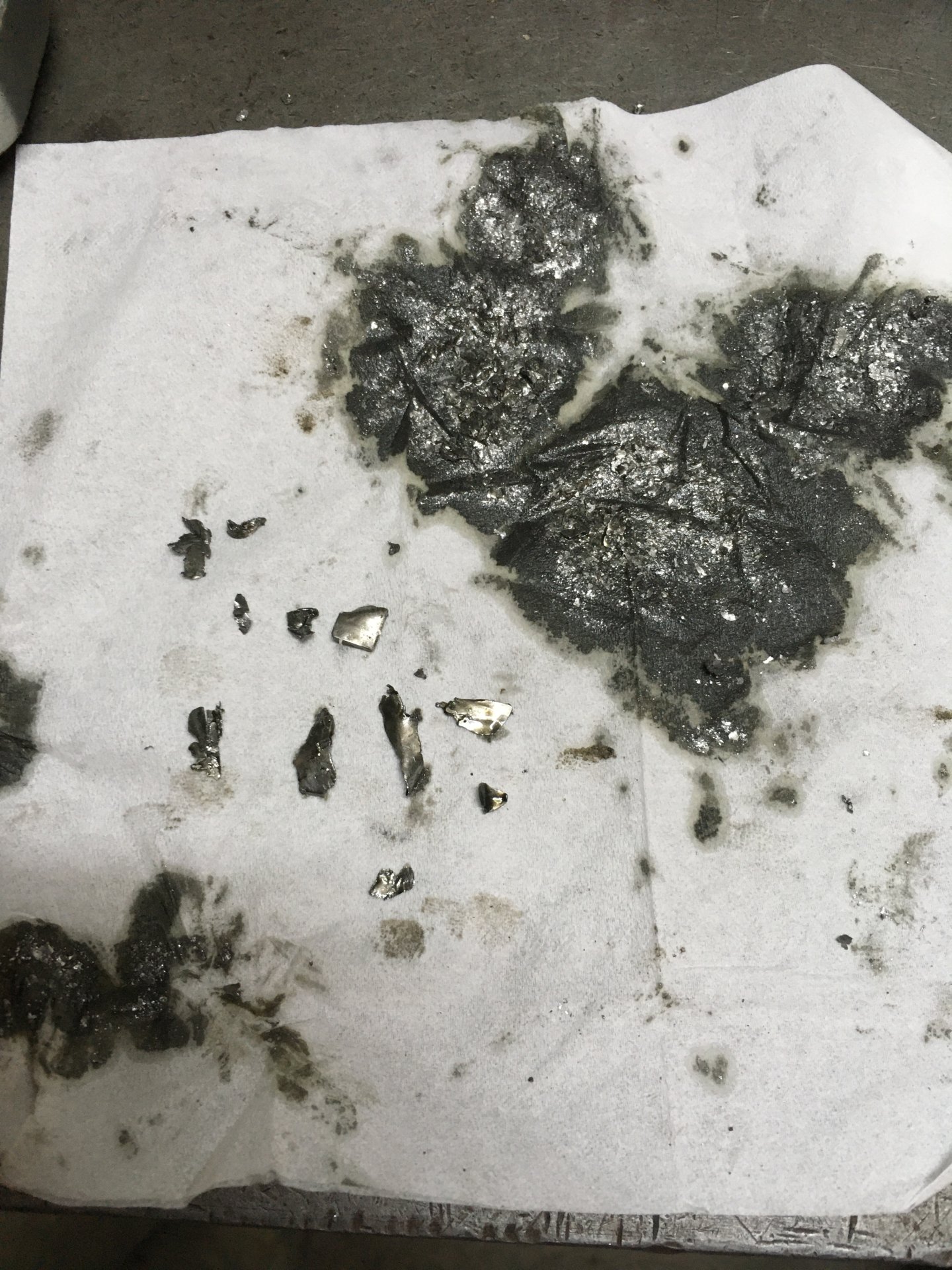 I'd say you were fortunate that your hubs were unlocked, and that was also probably the reason you hadn't found this earlier. The front differential carrier has some parts missing. I would not try to lock the front driveshafts to the differential. At the very least, I'd bet against the thrust washers being serviceable, so plan on buying those. I base my guess on the crossection of the metal in your photo. As to what caused the damage, who knows, I wasn't there, so...

Unfortunately, you really don't have a choice about opening the axle. You have no choice but to pull the differential carrier assembly (AKA the "third member", whatever that means, I have yet to meet someone who could define what the first and second members are) and inspect the differential components to determine which are serviceable and/or salvageable, and which are toast.

FWIW, you are also looking at removing the hubs and driveshafts, so that he entire inner volume of the axle can be flushed to remove any foreign matter in there, as well as all the gear oil, prior to reassembly. Gear oil is pretty thick and it can easily hide small chips which, if they get into the drivetrain, will, not may, damage the internal gearing and associated components. When I built axles for an offroad (heavy construction and agriculture) manufacturer, this was the number one casue of axle failures in new builds. The machining operations people failed to properly clean the axle housings and the chips left inside found their way into the drivetrain. The axles failed within hours of being installed in the vehicles and run at speed. Sometimes it was a catastropihic failure, sometimes just noise, but a failure is a failure.

Whether you do the work, or have it done for you, this step is a must, or you'll have wasted all the money you spent on parts and labor to repair the axle.

At least shipping should be cheap, so you have that going for you. Good luck.

What Differential oil and how much to use on 92 FJ80