I'm in the process of trying to figure out the best IP Timing for my 14BT in the absence of an FSM. A factory Toyota 14B is between 1.31 to 1.37, while the marinized version the Yamaha ME372sti is 1.19. I have got the process of changing the timing down to an art, so no issues there. My question is:

If I keep fuel and boost constant and only change the IP timing, what should I analyse to find the sweet spot for timing?
EGT's?
Boost response?
Fuel consumption?
Smoke?
Water temps?

Any advice is greatly appreciated and I will collate my findings when finished for the mud community. 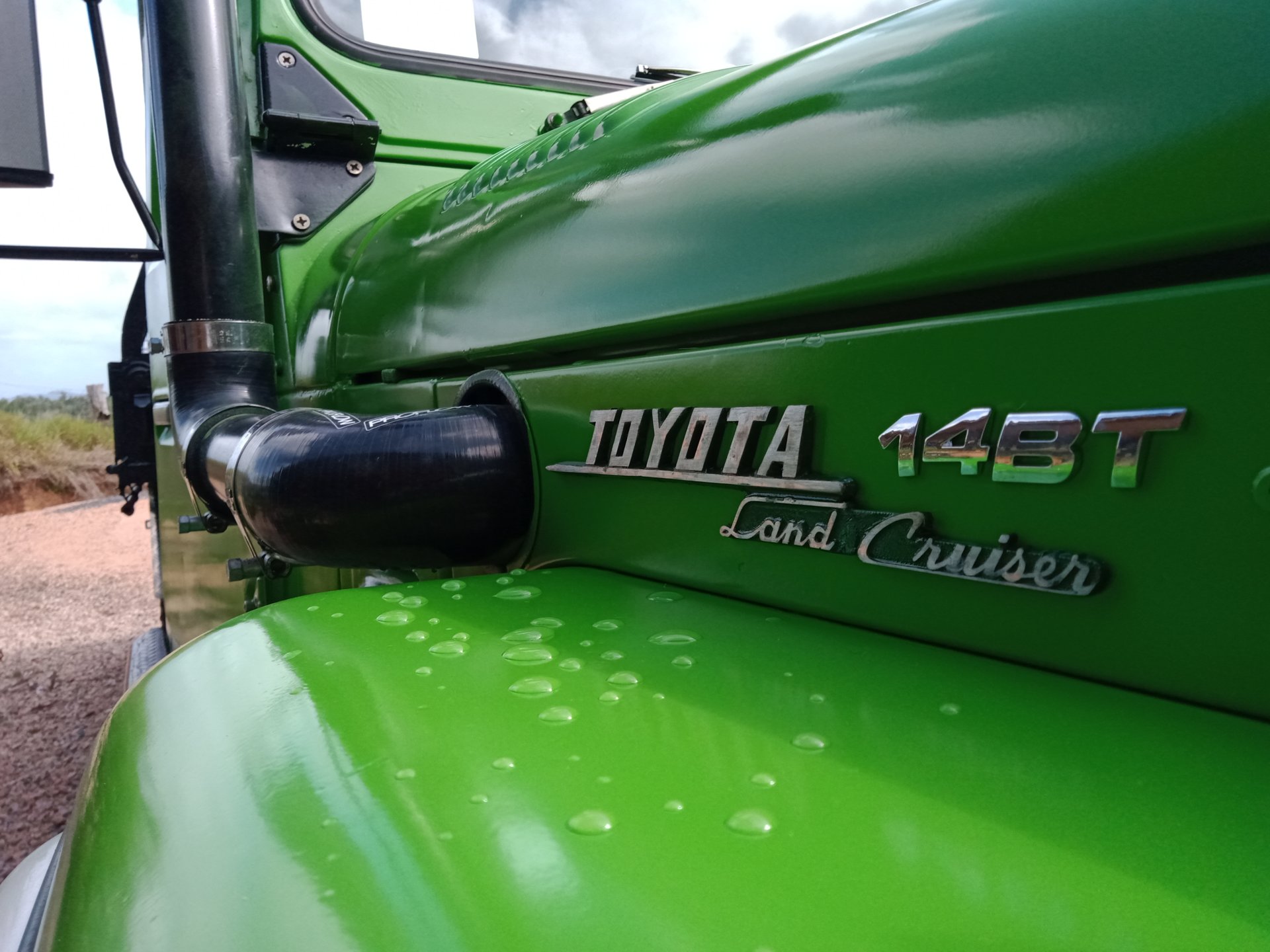 I wrote the below in another thread a while ago but thought it may come in handy for you on my own observation with setting timing;

I was so worried about getting it to the exact setting the FSM said when I first started playing around with static timing but keep in mind those numbers are for a stock standard engine with zero modifications. Don't be too concerned about not having the dial indicator for the exact measurement. Pumps all wear differently and timing will over time change anyways, even rebuilt ones from the same builder will be ever so slightly different in there delivery setups so you don't need to be dead on with a specific measurement. Plus everyone has different add on's and modifications which will all need a different setting to get the best performance to suit. FYI - I know of very well known performance diesel shops in Aus that say they haven't used a dial indicator in years for setting timing and they set it to optimum using the dyno.

As a test I've done to see how it affects things I've tried all manner of positions from really retarded to as far advanced as I could rotate the pump. You'll know when you've gone to far either way. Too much retard will make it hard to start and cause white smoke when engine is warming up or even worse at all times due to unburnt fuel. Too much advance will sound like you have a bucket of bolts sitting on your engine and blows a lot of black smoke/soot. From what I've found, retard in general normally gets you less torque, higher EGT, lower coolant temps, engine noise is quieter, faster to build boost and less smoke. Advance generally gets more torque, lower EGT, higher coolant temps, more rattle from engine, slower boost response and more smoke. It was actually a really interesting experiment and you can really feel how it affects the way the car drives.

It's much easier to see and adjust this on a dyno but I have found it pretty easy to tell the difference between each adjustment while driving using the same stretch of road each time and also timing your runs for certain speeds. The main area I focus on is in the off boost to full boost zone (fourth gear pulls from 40kph to whatever speeds are just after you reach max boost), this is where static timing change has a great impact. So in real world terms as you start doing your time trial testing moving further advanced each time you'll eventually get to a point where your times plateau and don't get any quicker no matter how far you go, this or just before this is the spot you want to leave it at. The setting that gave me the performance I was after is a little rattly on very light load but clears up all other times. With my pump set around the listed specs in the FSM the performance is greatly reduced compared to where I'm at now, but I also have an aftermarket rebuilt pump and lots of other changes so it's not really any surprise the original static timing specs don't give me the best performance for my setup.
Last edited: Feb 4, 2020

@KiwiDingo
Did you do your road tests at full throttle?
K

A couple of other interesting points of reference before I start my little experiment... It appears that most factory turbo IP timing is actually slightly advanced from the NA versions of the same engines. I thought that they would be more retarded because of boost/peak cylinder pressures etc? Can anyone who knows chime in here?

It would seem slightly logical to me that the 14BT should, therefore, be around 1.37 - 1.43 like a 1HD-FT... Currently I have it set at 1.0mm BTDC. I have had it as far retarded as .70 BTDC, which is where it started to have white smoke on startup to indicate that it was too far retarded. I am thinking of advancing by .10 and recording changes to the previously mentioned points of data (EGT's, Boost response, Fuel consumption, Smoke, Water temps) to see if I can find that sweet spot. Therefore, I would be trying 1.1, 1.2, 1.3 and potentially 1.4 as IP Timing for the 14BT to see what suits best.

Any feedback or opinions?

Pardon my ignorance but how can one determine the degrees either retarded or advance?

Brewsterfire said:
Pardon my ignorance but how can one determine the degrees either retarded or advance?
Click to expand...

You need a timing tool bracket and a dial gauge. You can find a step-by-step guide here: https://news.dencodiesel.com/diesel-fuel-injection/technical/how-to-time-a-ve-style-fuel-pump/

crave reFleXion said:
I thought that they would be more retarded because of boost/peak cylinder pressures etc? Can anyone who knows chime in here?
Click to expand...


I had always thought it was emissions laws, same as the cracking pressure of the injectors.
You must log in or register to reply here.